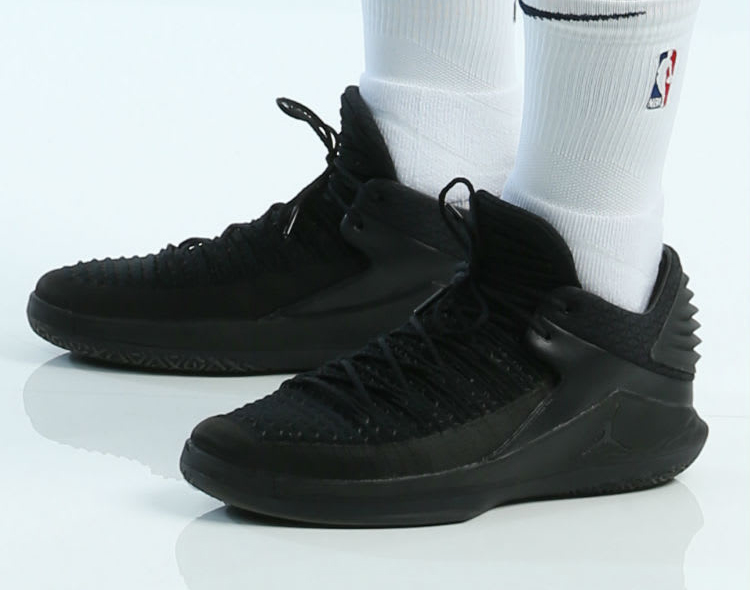 As you can see, this Air Jordan 32 is covered in Black while constructed with Flyknit on the uppers. Finishing the look is Black used again this time on the midsole and outsole. 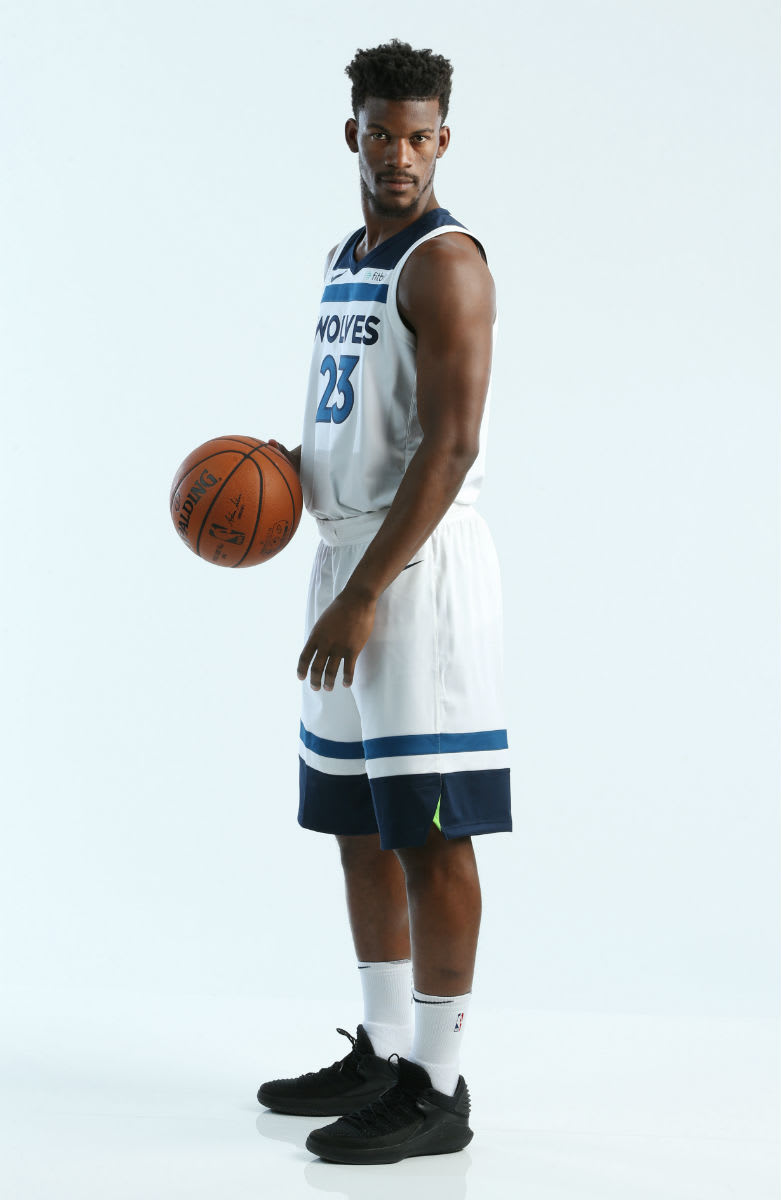 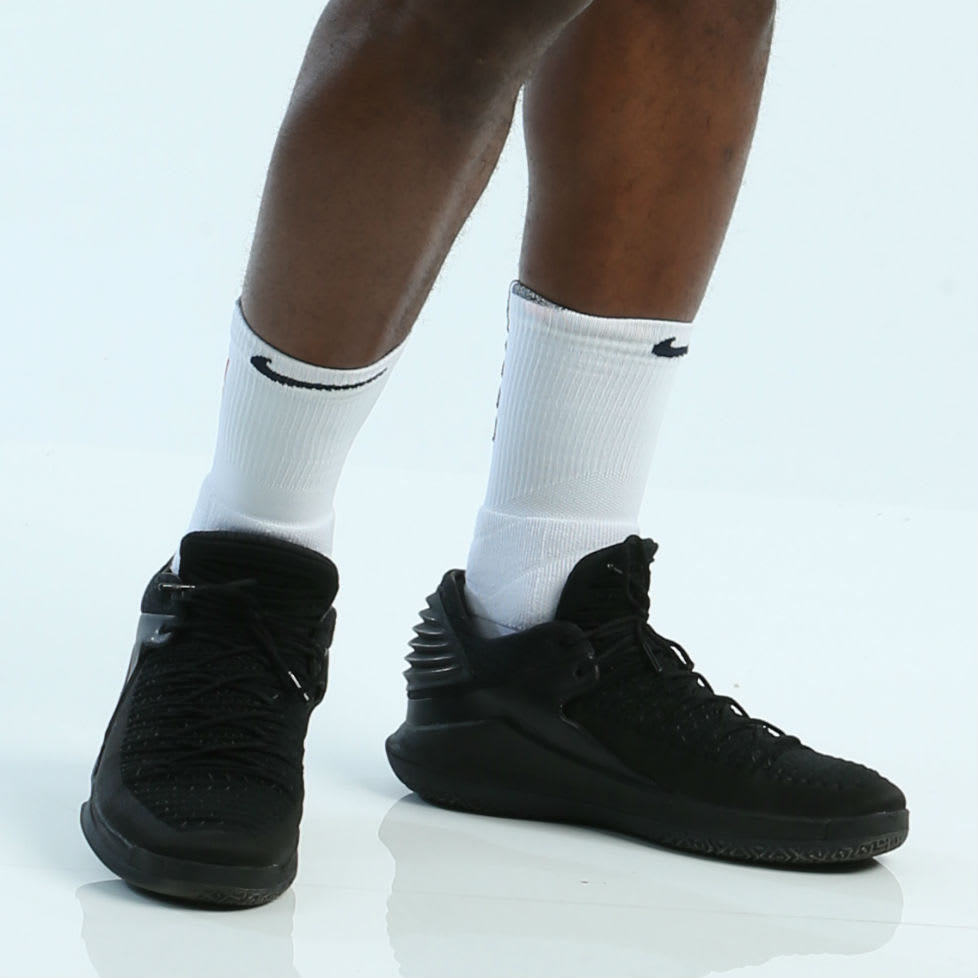