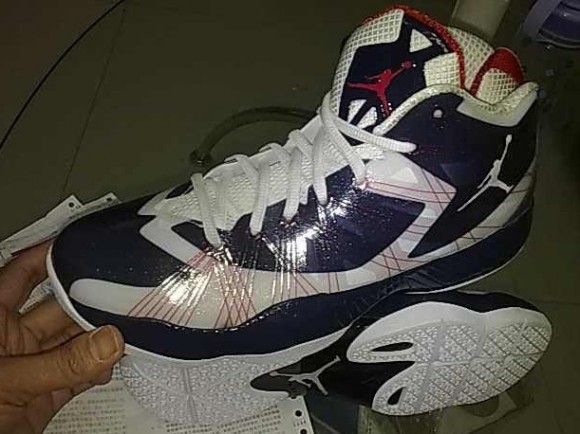 This Summer Jordan Brand is set to introduce a “Lite” version of the Air Jordan 2012, ditching the leather/nubuck/suede overlaying panels in favor of an entirely Flywire skin upper.

Assumed to be releasing just in time for the 2012 Summer Olympic Games in London is this “USA” colorway. Decked out in red, white and blue, the kicks feature blue hits where the overlays would usually placed and on the midsole while red appears on the Flywire, lining of the inner sleeve and tongue Jumpman branding.

Set for a release on July 19 for $150, look for the White/Obsidian-University Red colorway at your local Jordan Brand retailer.