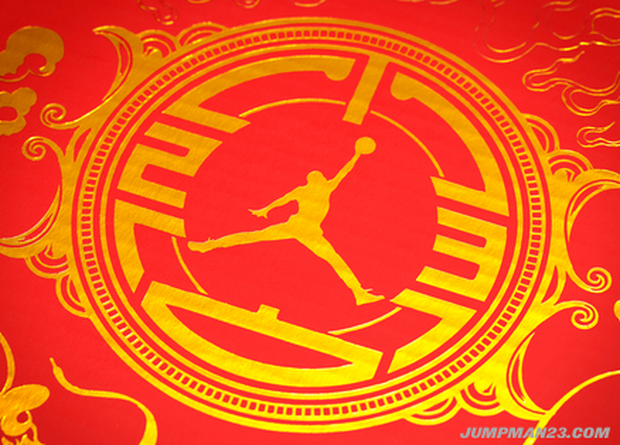 The end of February will finally see the official stateside release of the YOTD Air Jordan 2012.

Inspired by Jordan’s US Olympic Team jersey #9, the largest single digit and the symbol of the emperor in Chinese culture, the Air Jordan 2012 takes cues from the Nine-Dragon Walls found throughout the imperial palaces and gardens and the Azure Dragons, rocking a blue and yellow colorway with dragon detailing throughout. The Chinese charcters on the medial panel even read “Azure Dragon” while the kicks come packaged in a box meant to resemble the red and gold envelopes traditionally handed out during the Chinese holiday.

The YOTD is set to drop in limited quantities on February 25 for $223. 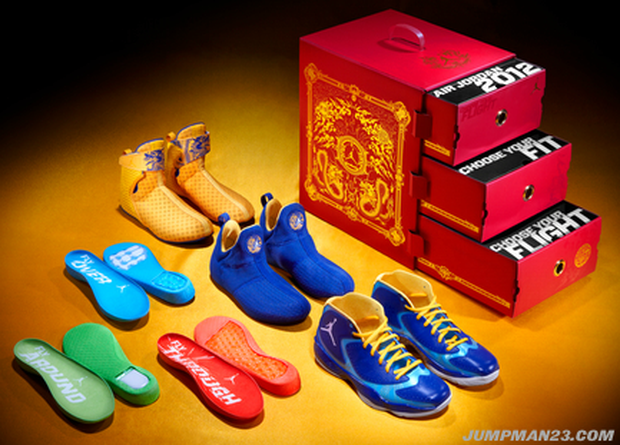 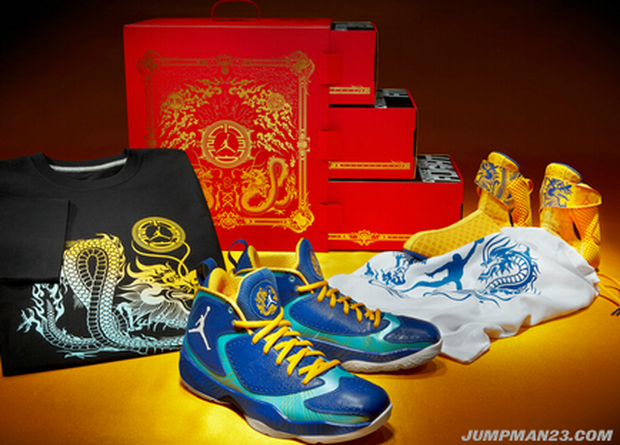 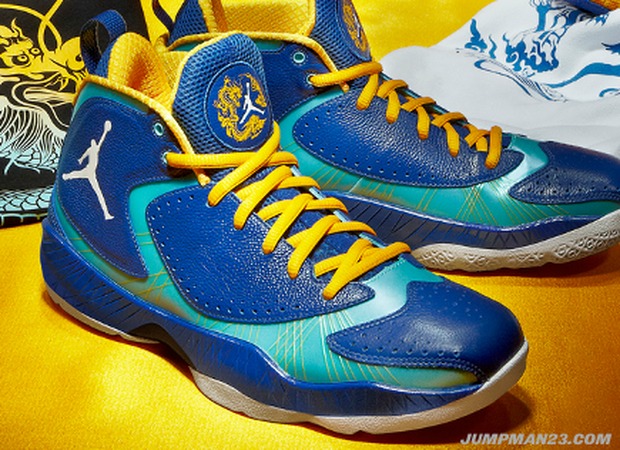 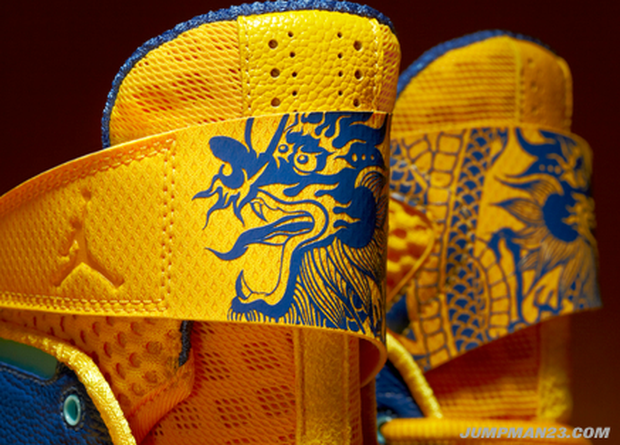 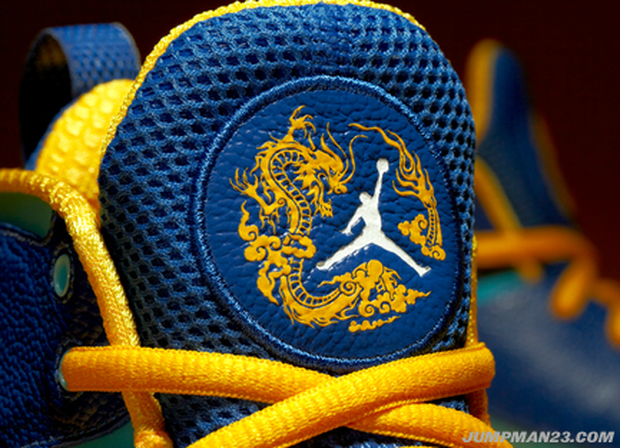