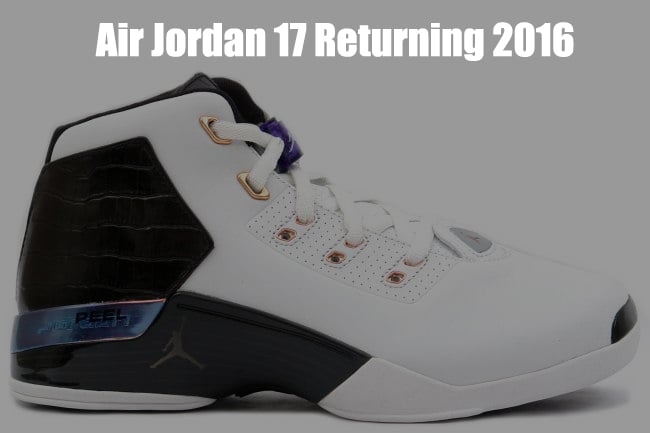 The Air Jordan 17 will receive it’s first official retro release in 2016. As of now there are two color schemes set to debut again at Jordan Brand retailers.

The two colorways launching are black, gym red and white with the second being white, metallic copper coin, black and sport blue.

Most sneakerheads will know that the second colorway is the Air Jordan 17 ‘Copper’ which was originally released in 2002. The second is a brand new model but has some inspiration behind it. When the Jordan 17 launched Michael Jordan played for the Washington Wizards and scored his 30,000th point against his former team, the Chicago Bulls. This pair will be a tribute to the piece of history.

We don’t have images just yet of either Air Jordan 17, however they are set to release during Summer of 2016 which is a while off. We did obtain catalog scans which confirms the release, color schemes and retail price which will be hiked up to $250 each. Drop a comment and let us know what you think of the two pairs returning in 2016. 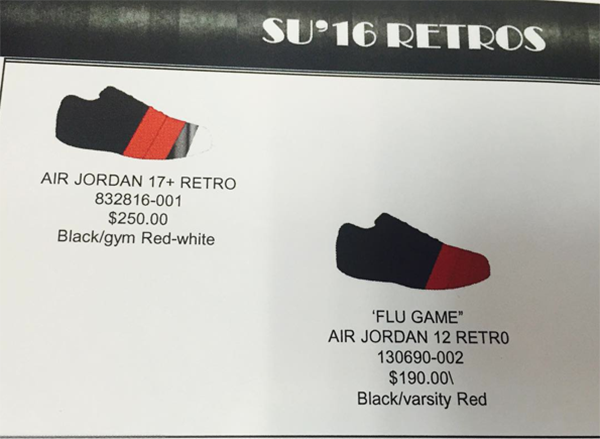 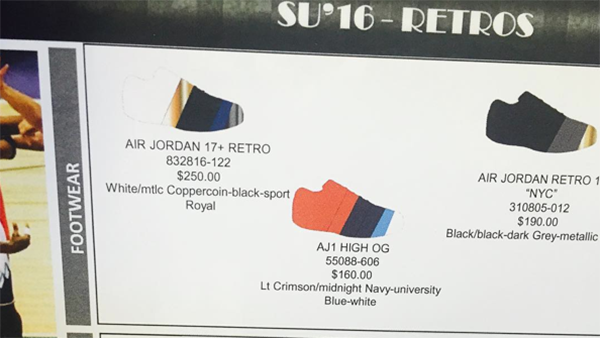