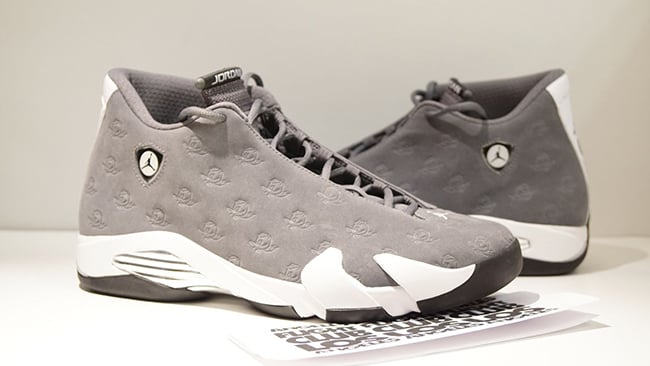 The Oregon Ducks will add to their long list of player exclusives with another one from Jordan Brand. The next up is the Air Jordan 14 ‘Oregon Ducks’.

Jordan Brand did a little something different for the Oregon Ducks Air Jordan 14 PE. Going away with the seams, which at times, we do see however the Oregon Ducks branding is embossed across the paneling and toe box while done in grey. Following is O and Ducks stitched down the heel in green while the background is in white. More white is then placed on the midsole while black hits the outsole.

Although the Oregon Ducks Air Jordan 14 is more subtle than some of the other PE’s we have seen made for the school, this pair would be, without a doubt a great addition to anyones collection. The unfortunate part here is they won’t actually make a retail release and like the majority of other player exclusives for the Ducks, were created for the school. There is a small chance we see this pair wind up on eBay, but don’t expect them to come cheap. Below you can check out additional photos and let us know what you think by leaving a comment.

Update: Like most sneakers, the Air Jordan 14 Oregon Ducks has landed on eBay. Price isn’t cheap, but if you got about $6,000 to spend, they can be yours. 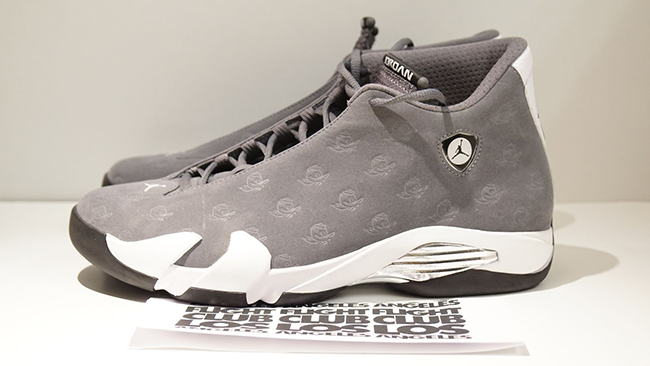 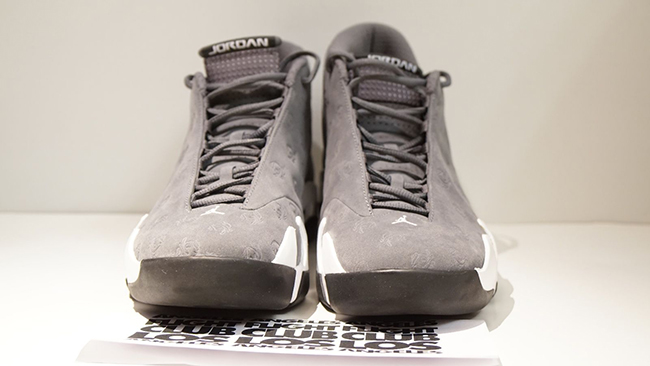 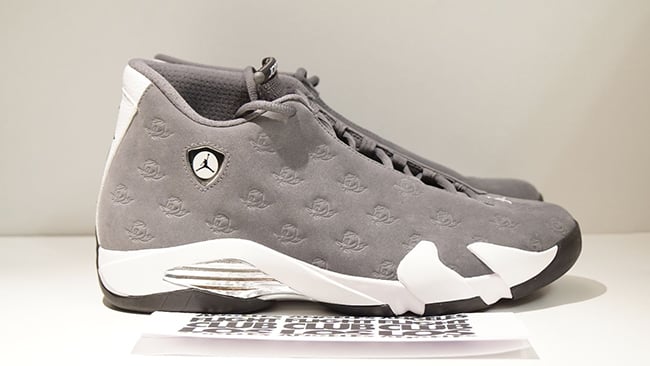 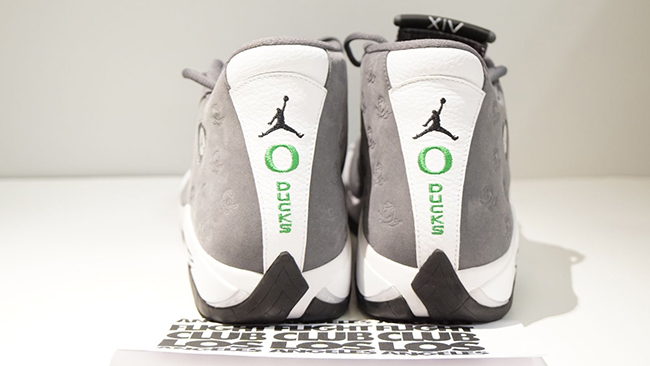 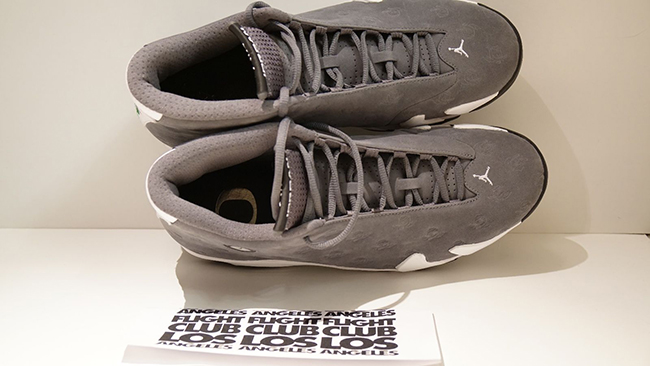 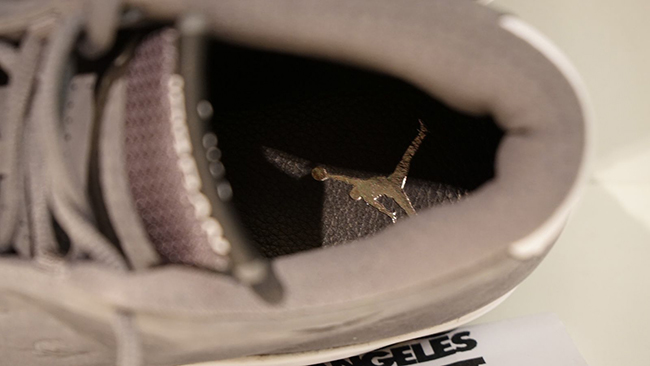 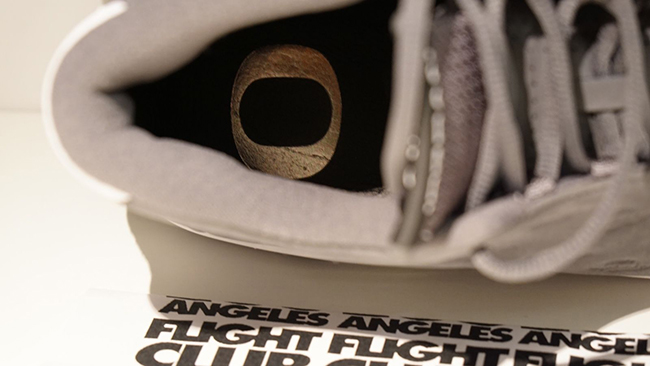 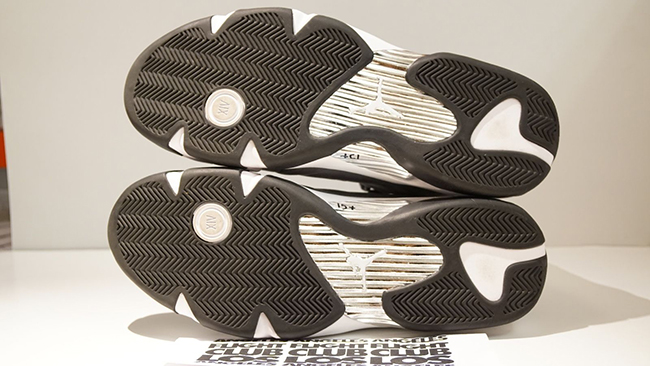 Update: Only 330 pairs of the ‘Oregon Ducks’ Air Jordan 14 PE were made which were given to friends, family, Oregon Ducks players and staff while a few others received them why involved in the design which was by Tinker Hatfield. Shown is a sketch and how they look on feet from Carlos Prieto. 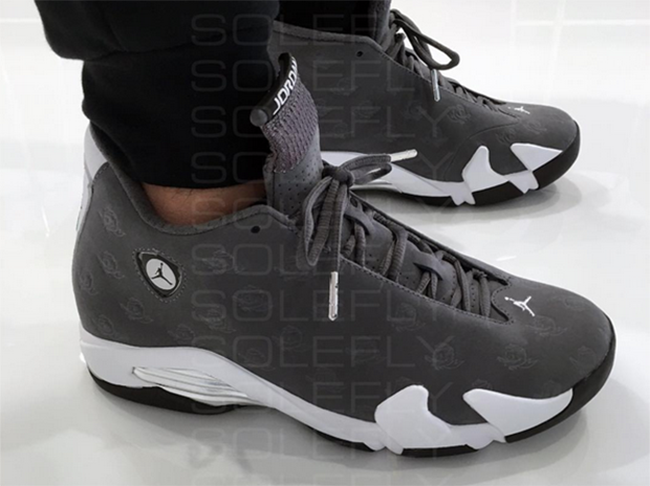 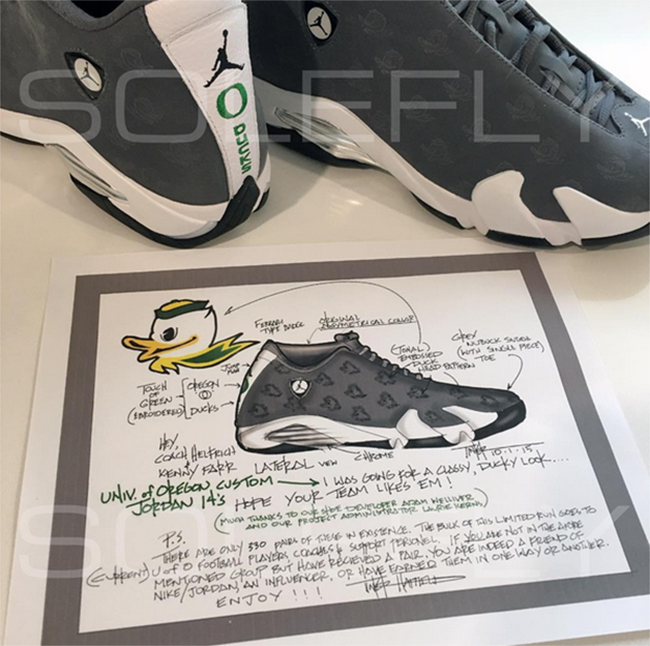 Update: The Air Jordan 14 ‘Oregon Ducks’ made an appearance not long ago, and now we give you a closer look via a short video clip from trey_steiger. 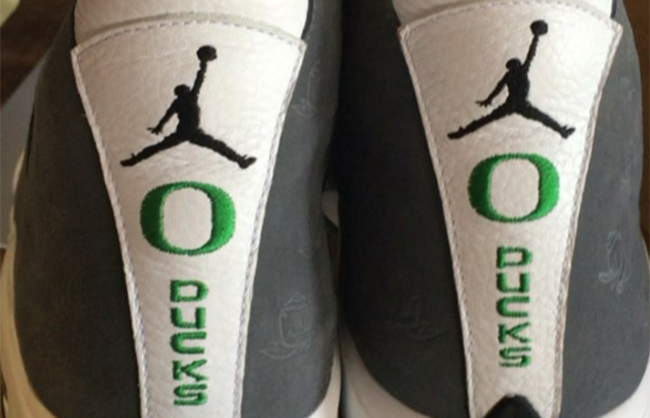 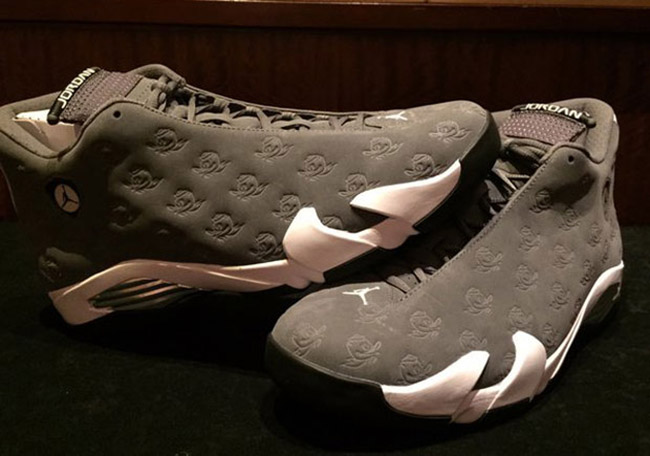 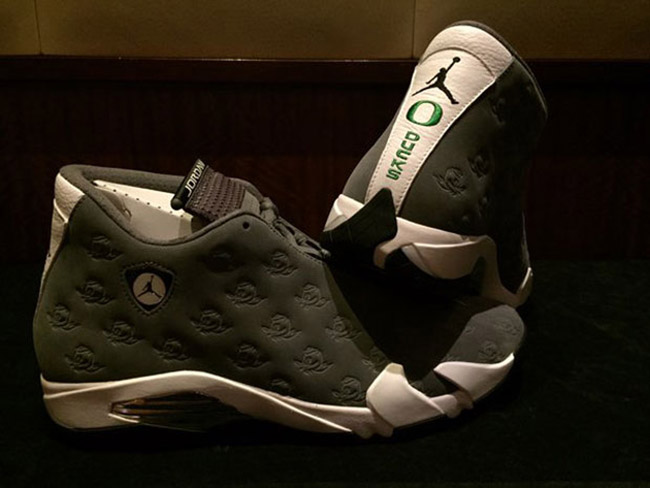 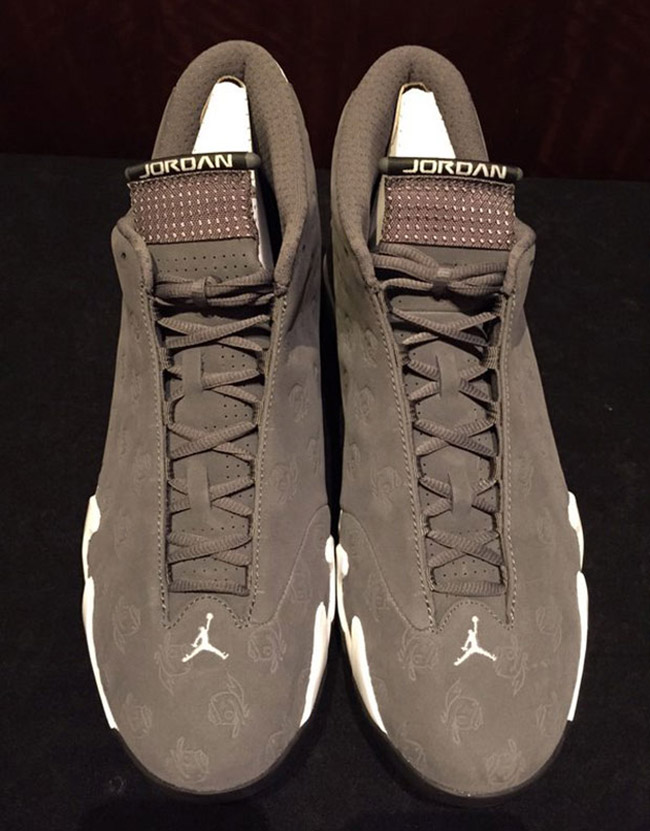 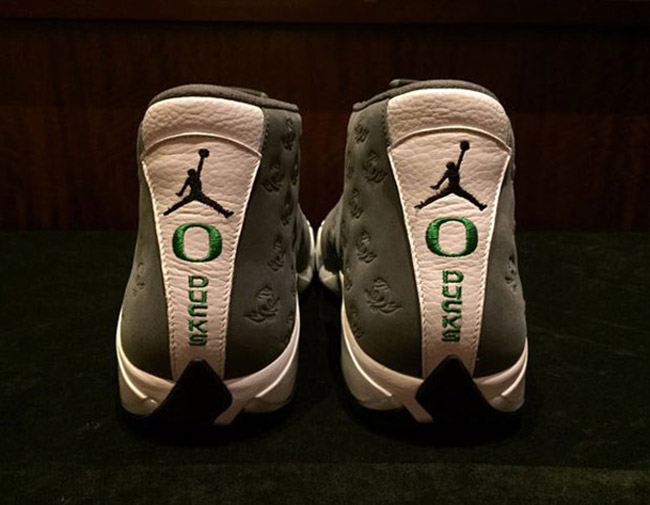 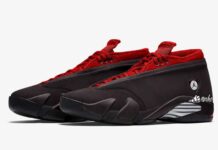 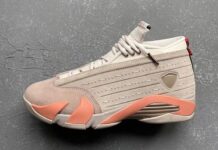 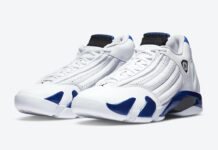 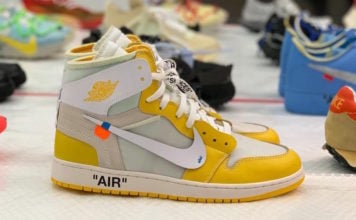