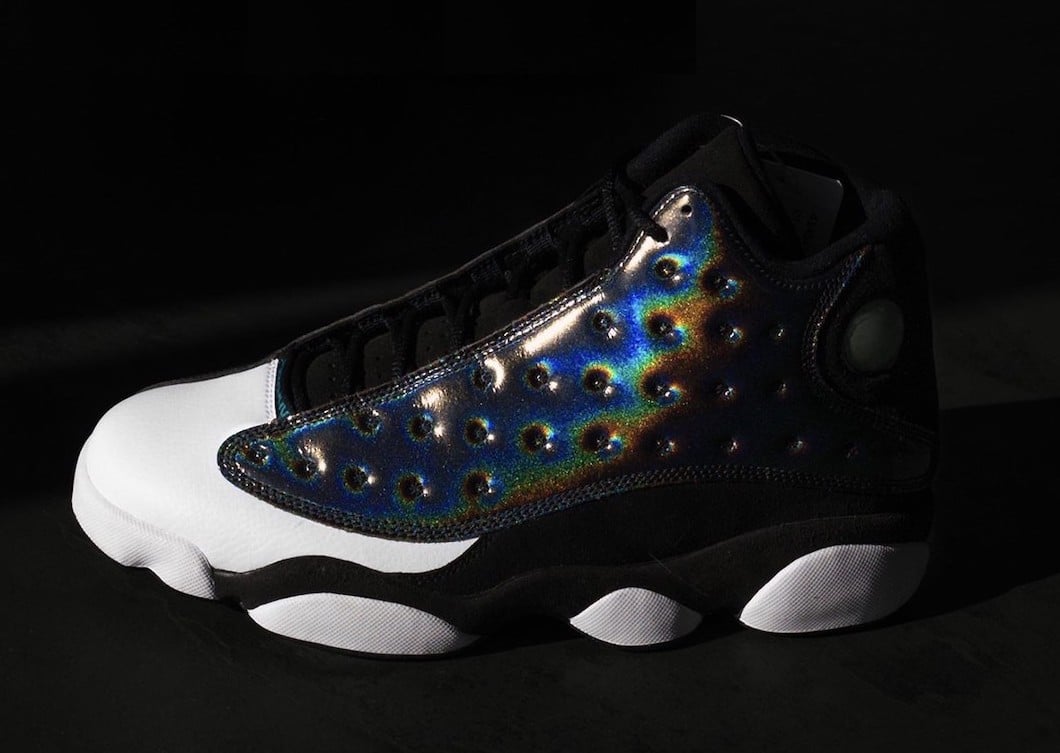 Going back to October 2014, the Air Jordan 13 ‘Barons’ released that pays tribute to Michael Jordan’s time he played for the minor league baseball team, the Birmingham Barons. This, of course, took place after his first retirement from the NBA.

Thanks to English Sole, we have a first look at the ‘Barons Alternate Sample, which could have been the retail release.

With this Air Jordan 13 Sample, we see a lot of swapping around the different materials that made up that release. Instead of the holographic patent on the heel portion of the shoe, the sample had that material used on the side panels instead. The pair also uses a White tumbled leather toe box instead of the Grey we saw release and reverts to the familiar Black suede heel we’ve seen on the classic ‘He Got Games.’ Hits of Tropical Teal remain on the tongues and each of the soles.

Below, you can check out more photos of the Air Jordan 13 ‘Barons Alternate’ Sample that will give you a closer look. This pair is not expected to release anytime soon, but if things change, we will make sure to update you. 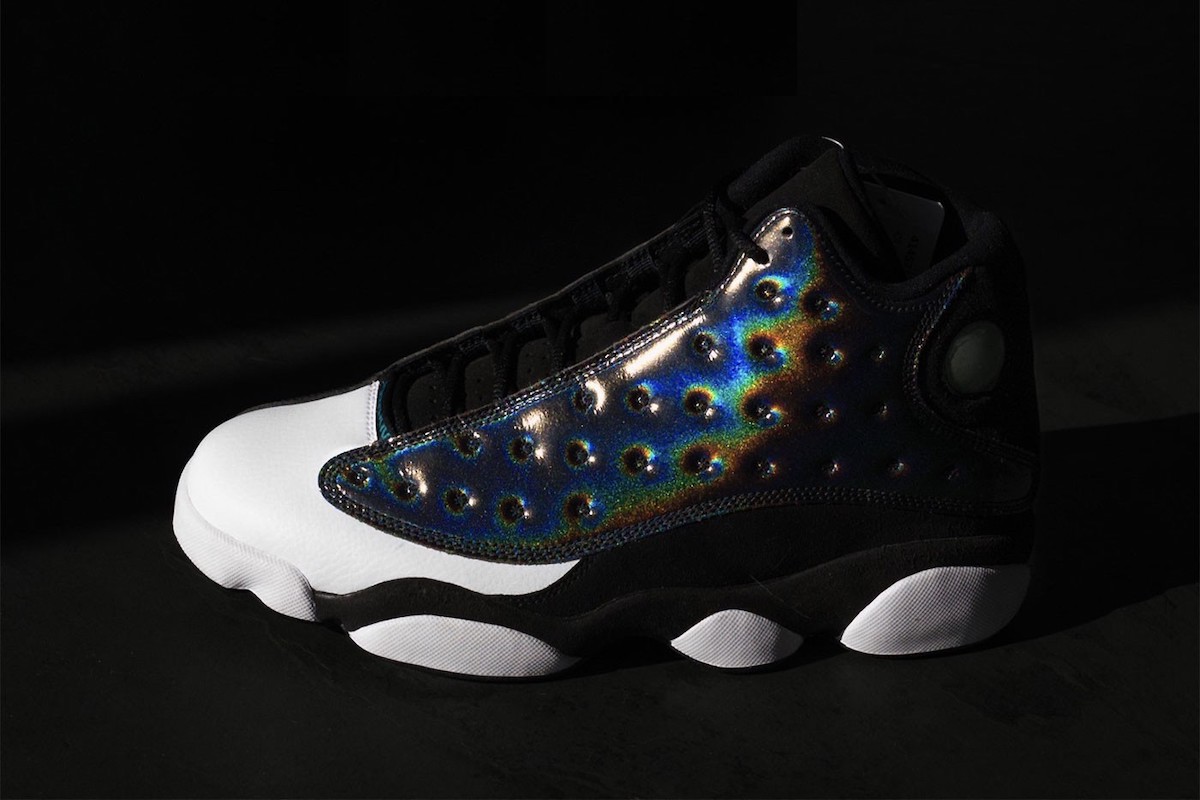 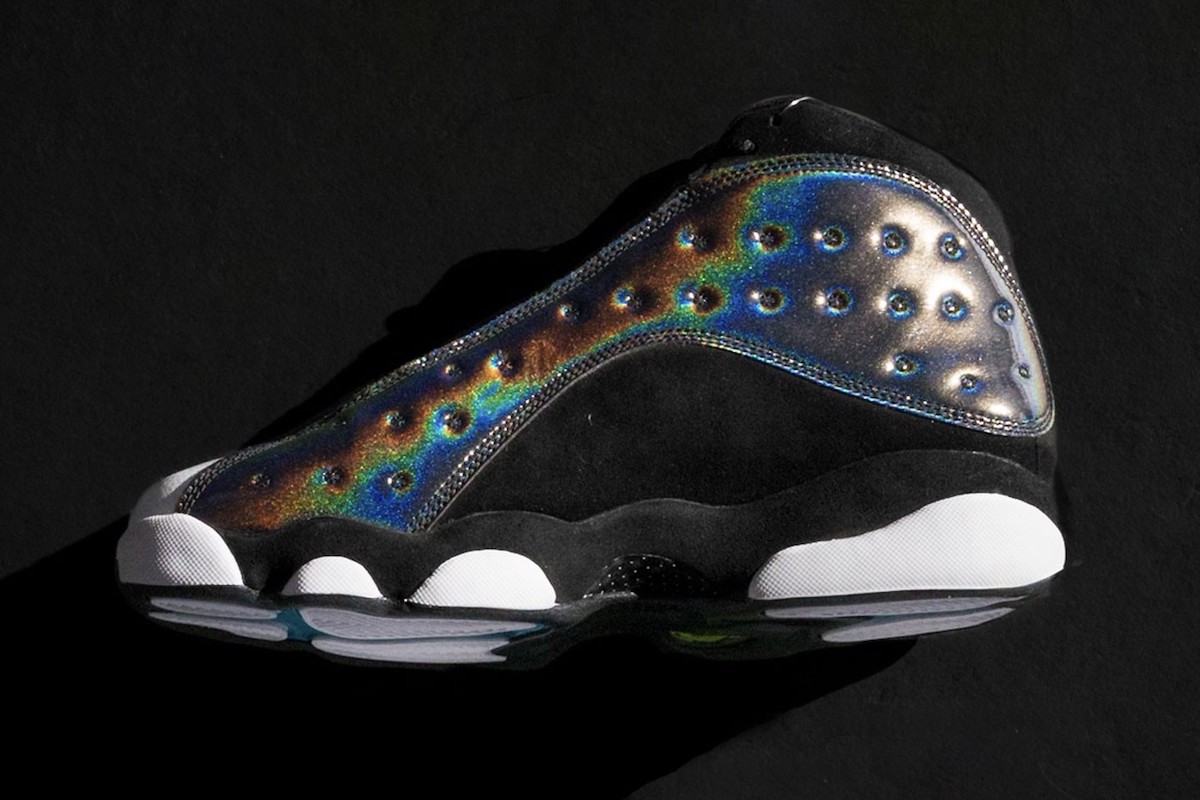 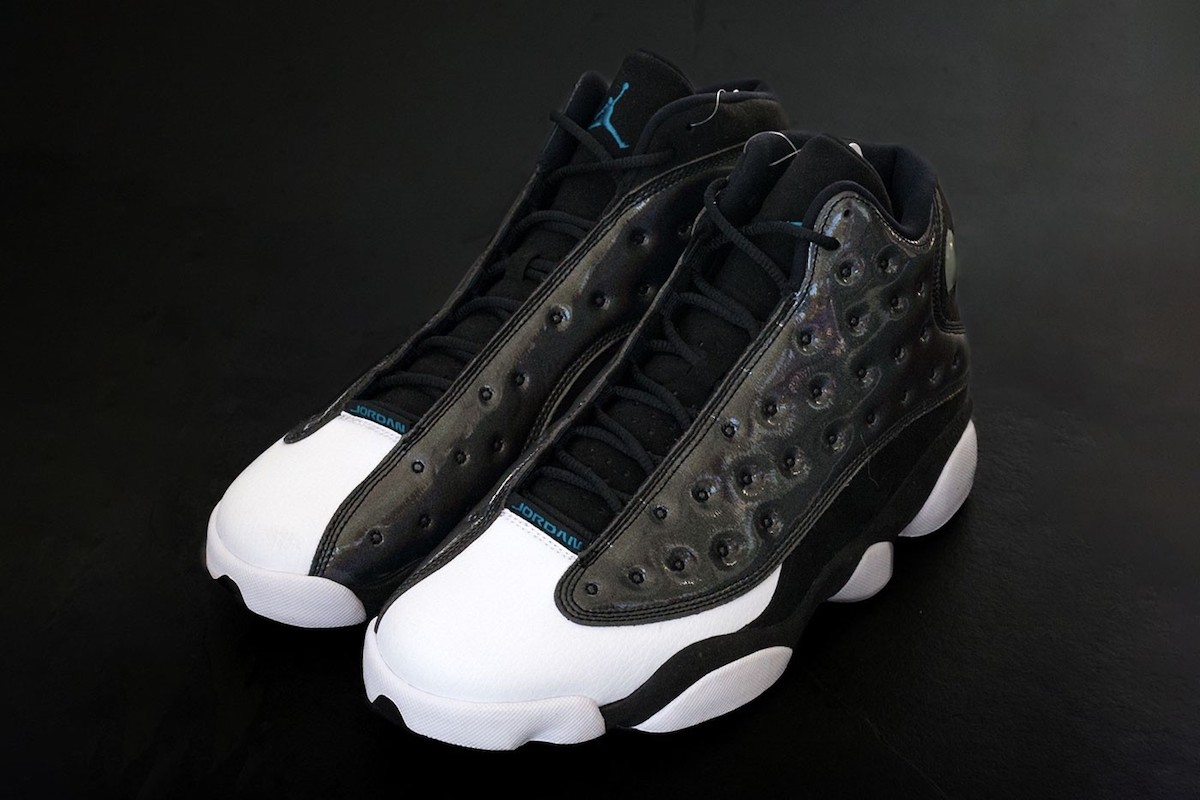 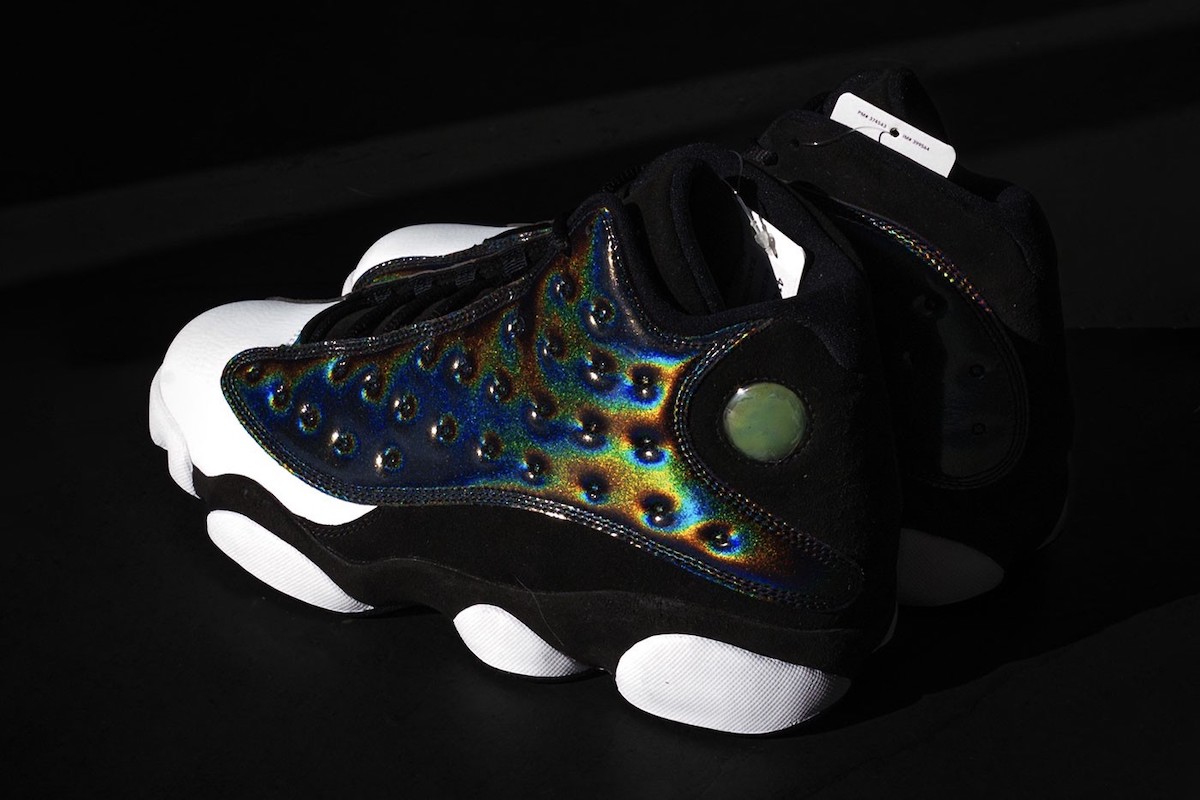 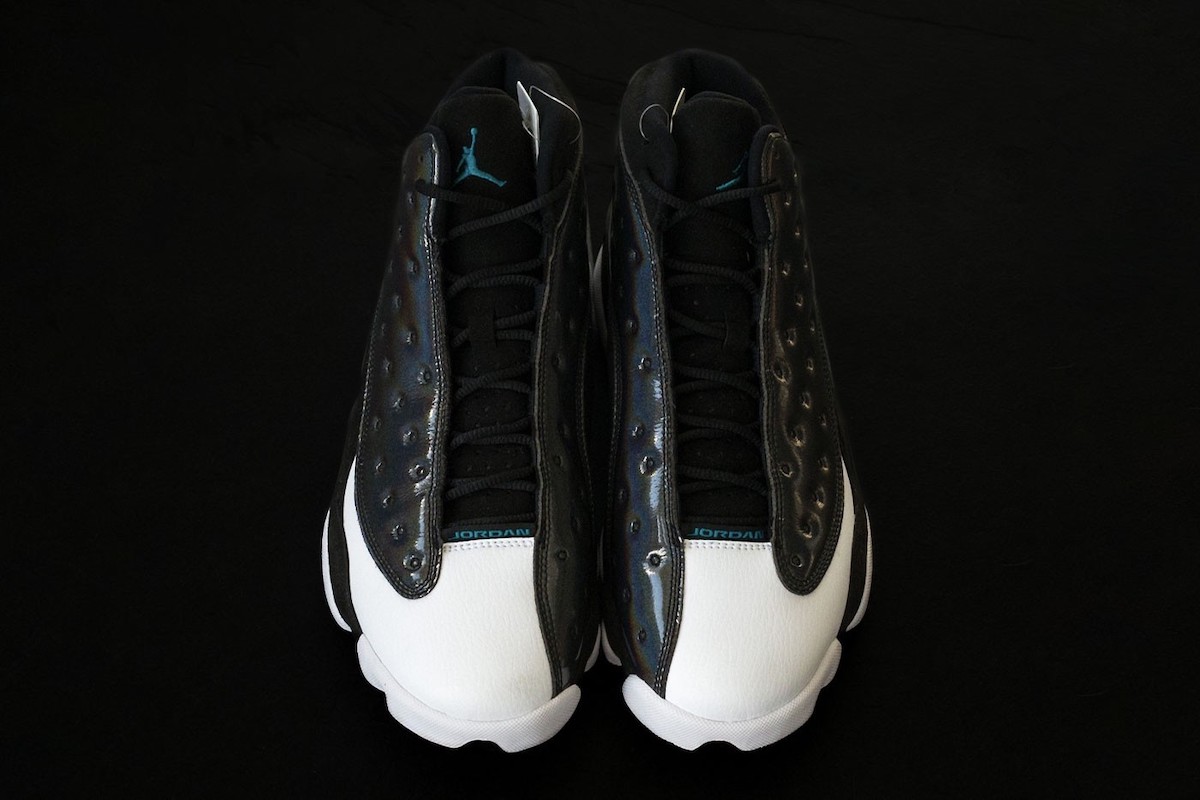 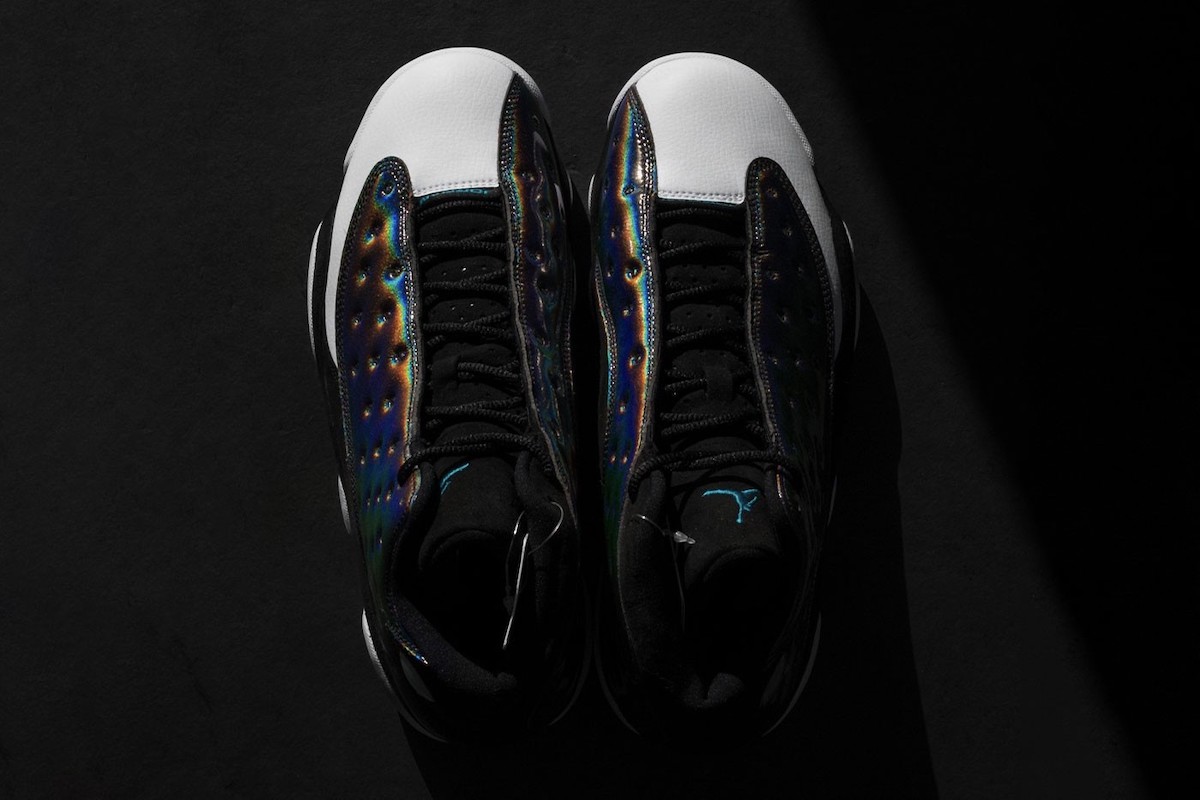 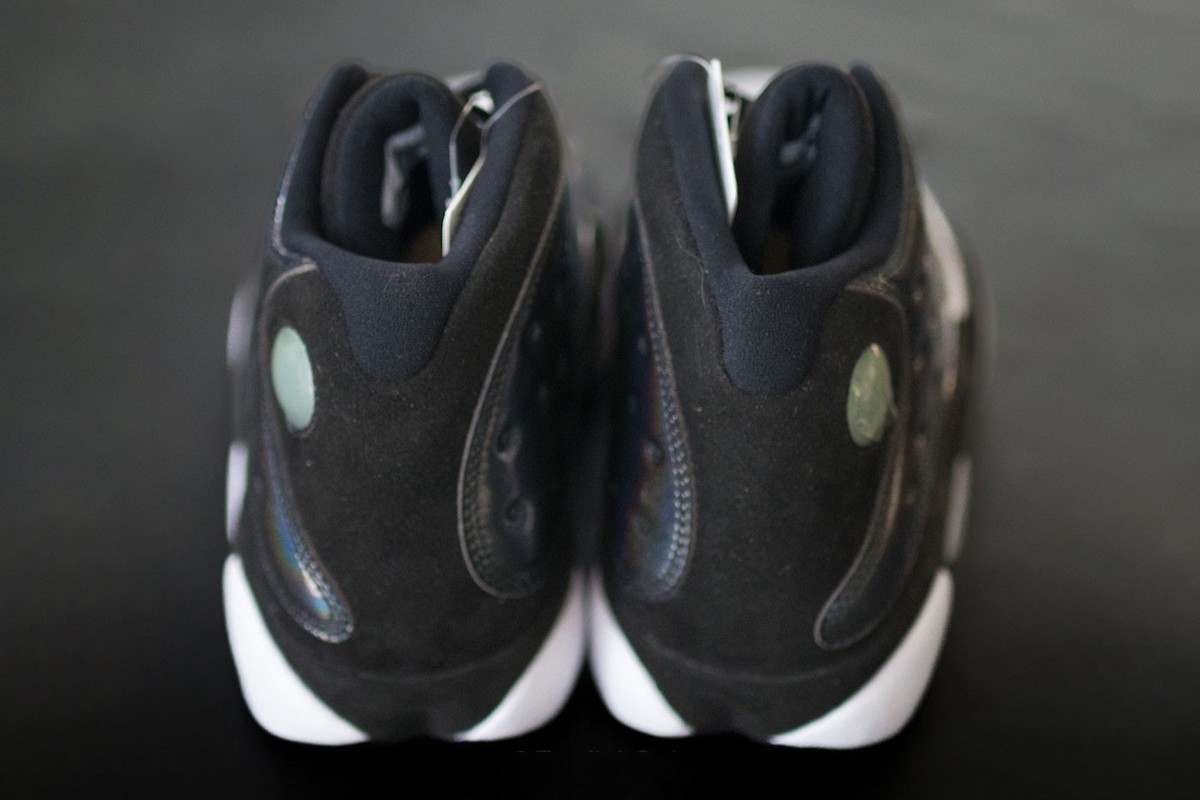 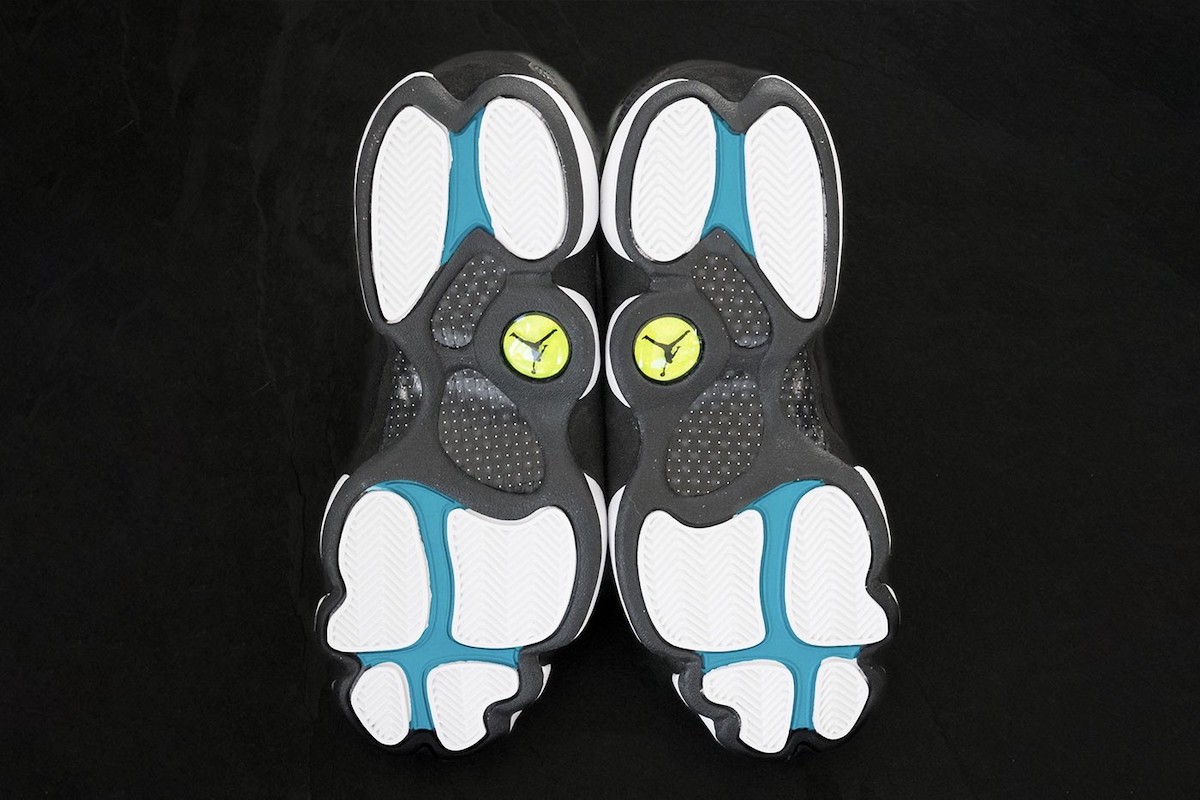 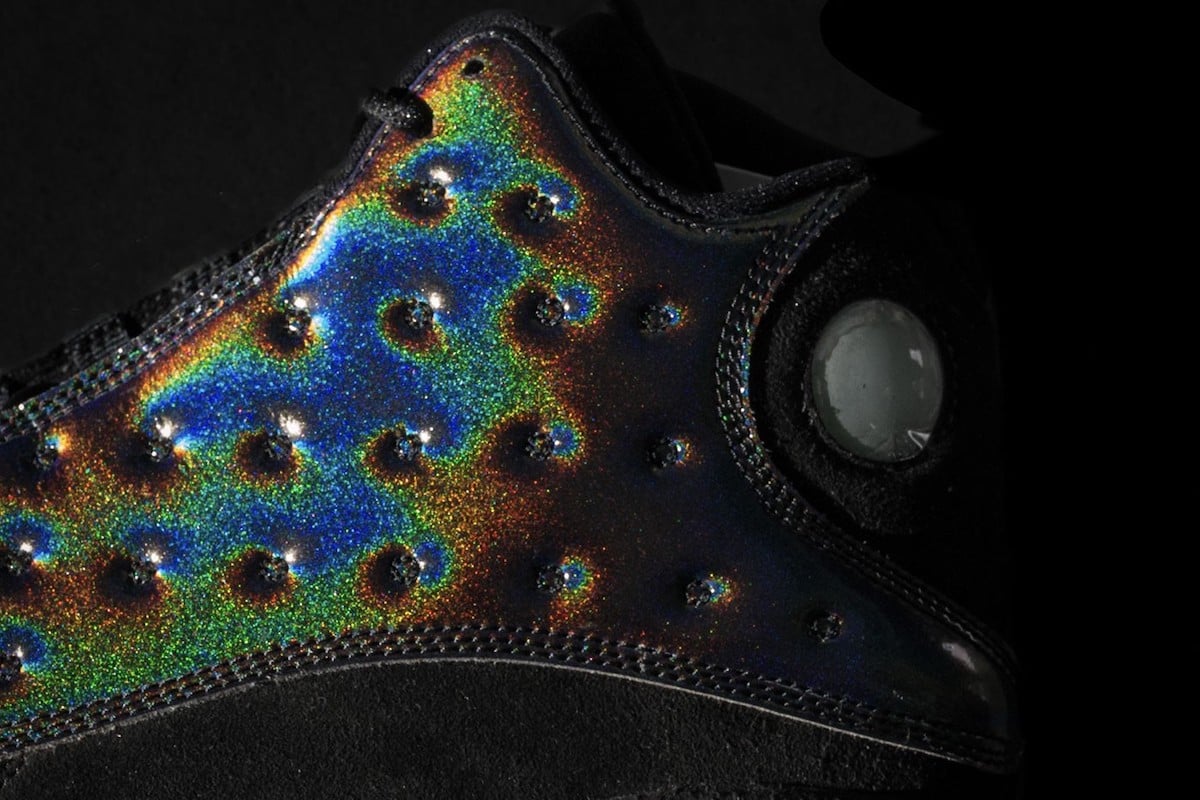