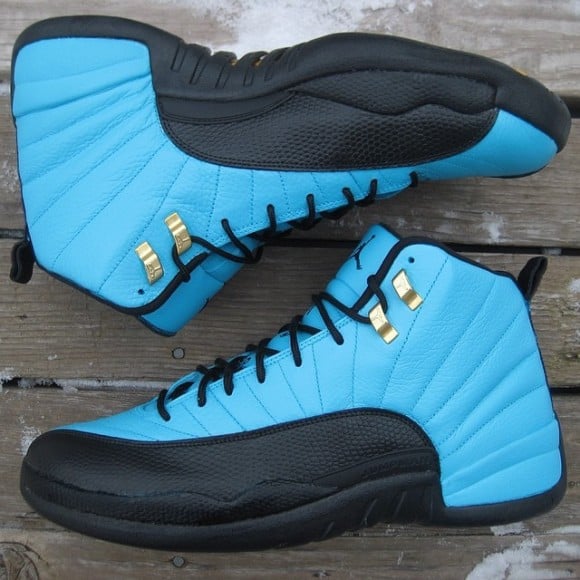 We love exclusive kicks, and this next custom sneaker from KSM Custom Kicks has looks that could kill.

The Air Jordan 12 “Reverse Gamma” customs by KSM Custom Kicks are dominated by the powder blue tone, with some help from black paneling on the uppers. The shoes are evenly distributed between the blue and black tones, with the blue seeming more prominent because of its placement on the uppers and tongues. Black engulfs the lower portion of the silhouette and lacing, as well as the midsole and branding.

These sneakers were locked away in the design vault, but KSM did an awesome job with a reversal of the original AJ12 “Gamma” shoes colorway. The swapping of colors looks dope! So much so, we’re thinking these might beat the originals. We’ll let you guys decide! Check out an additional shot of these AJ12 “Reverse Gamma” customs by KSM Custom Kicks, and let us know what you think in the comments! 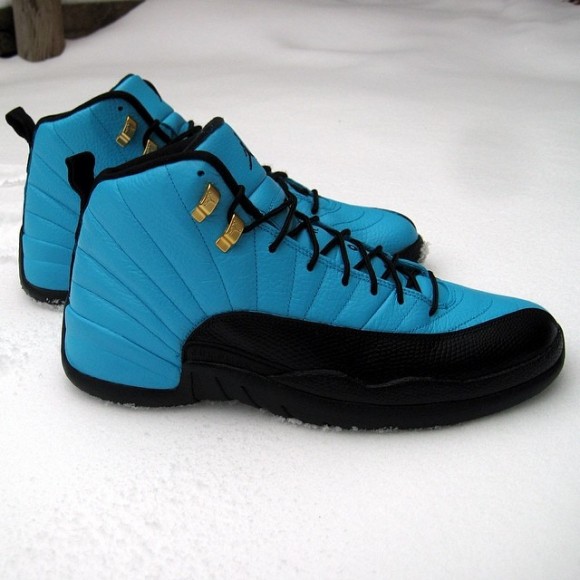