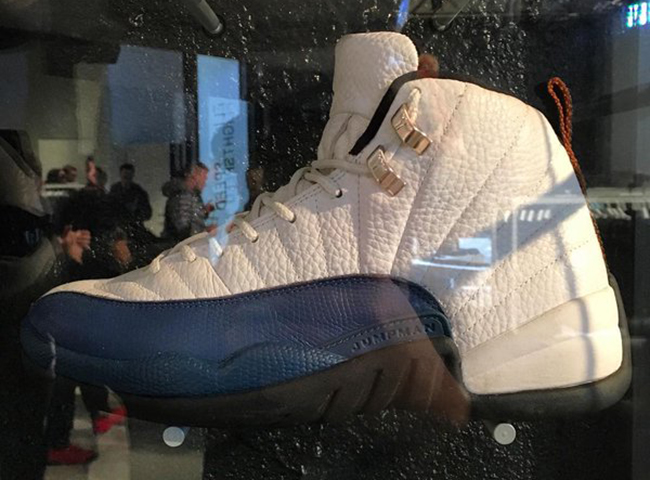 The Jordan Brand 306 Yonge Store will have a lot to offer as far as releases and re-releases goes. As well, they also have some cool stuff on display, for example this Air Jordan 12 ‘French Blue’ Sample.

This sample actually has shown up time to time over the years and was a potential release back in 2004. As history goes, Jordan Brand decided to go with the traditional French Blue pair that we will once again be able to purchase in March.

There are a few differences between the sample and released version. For example, the bottom of the shoes are done in Black and the Jordan on the mudguard features French Blue instead of Grey. As well, there is a bit more Red used on the heel tab.

Commonly known as the ‘Wizards’ Air Jordan 12 Sample, how many of you would have liked to see this pair released?