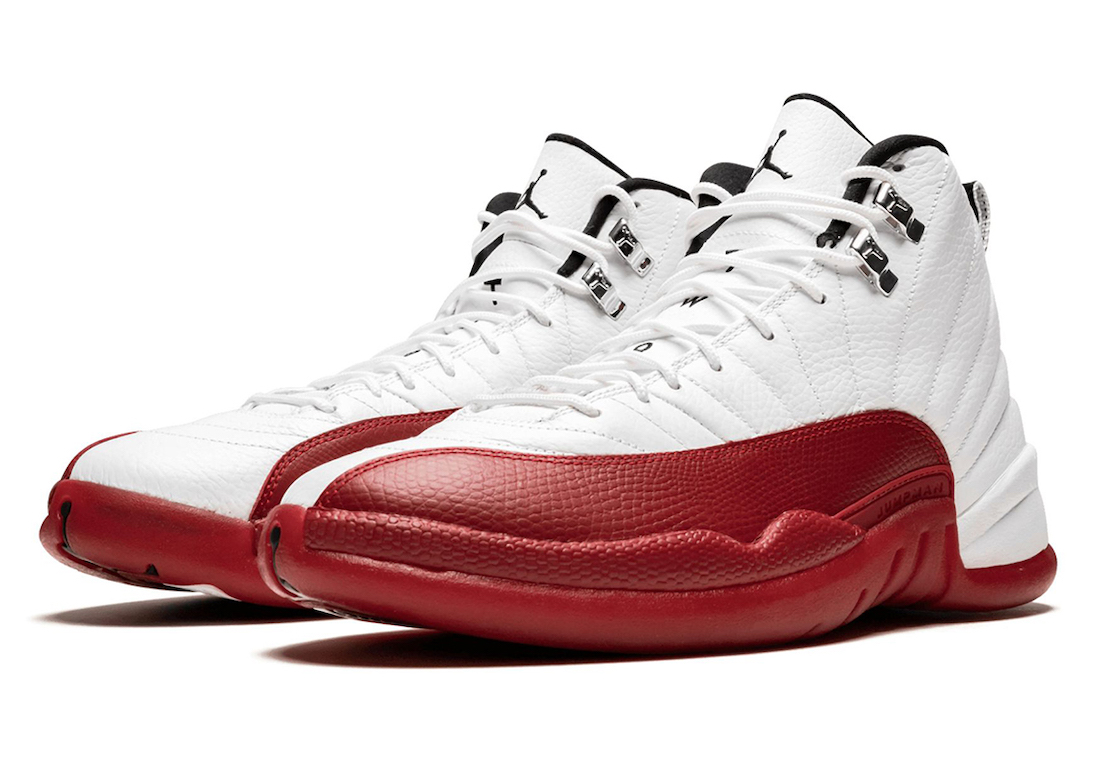 The Air Jordan 12 ‘Cherry’ is an original colorway many have wanted to return. This iconic colorway will return during Holiday 2023.

Throughout the years, we have heard rumors of the shoes making a return. Sadly, the rumors never were true. The last time we heard the rumor with some substance was in 2017.

The ‘Cherry’ Air Jordan 12 was originally released in 1997. Some will remember the shoes from Michael Jordan guarding Allen Iverson. Furthermore, he wore the shoes to help obtain his fifth NBA Championship. Twelve years later and we saw the first retro release take place in 2009. Since then, we have yet to see the shoes officially return, but that appears to change in 2023.

This Air Jordan 12 will come dressed in the classic color theme, which in recent years, has been dubbed ‘Cherry.’ Highlighted with White leather on the upper and Red textured leather on the mudguard. Black appears on the tongue branding, liner, and heel. Next, White covers the laces and 23 on the heel. Finishing the look is a Black and White carbon fiber shank plate with a zig-zag pattern.

While not confirmed, the Air Jordan 12 ‘Cherry’ is rumored to retro during Holiday 2023 at select retailers and Nike.com. As soon as we have more information, we will make sure to update you. For now, check out more photos of the previous release by scrolling below.

The images used are from the 2009 release. 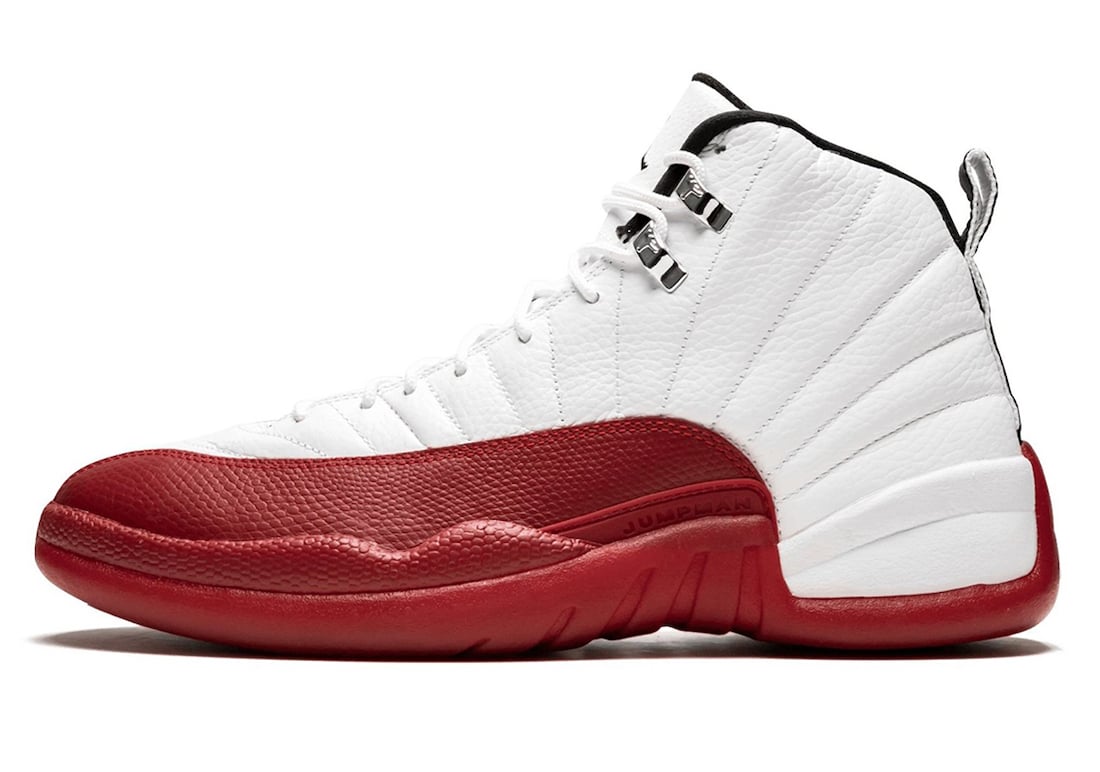 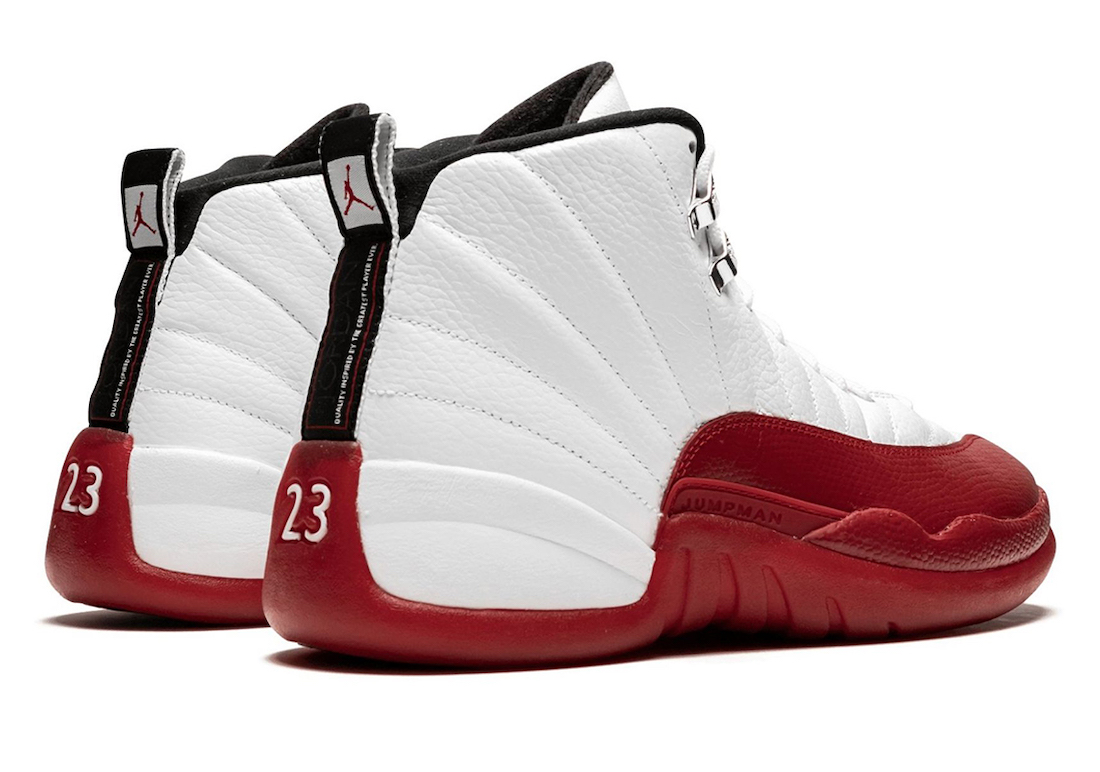 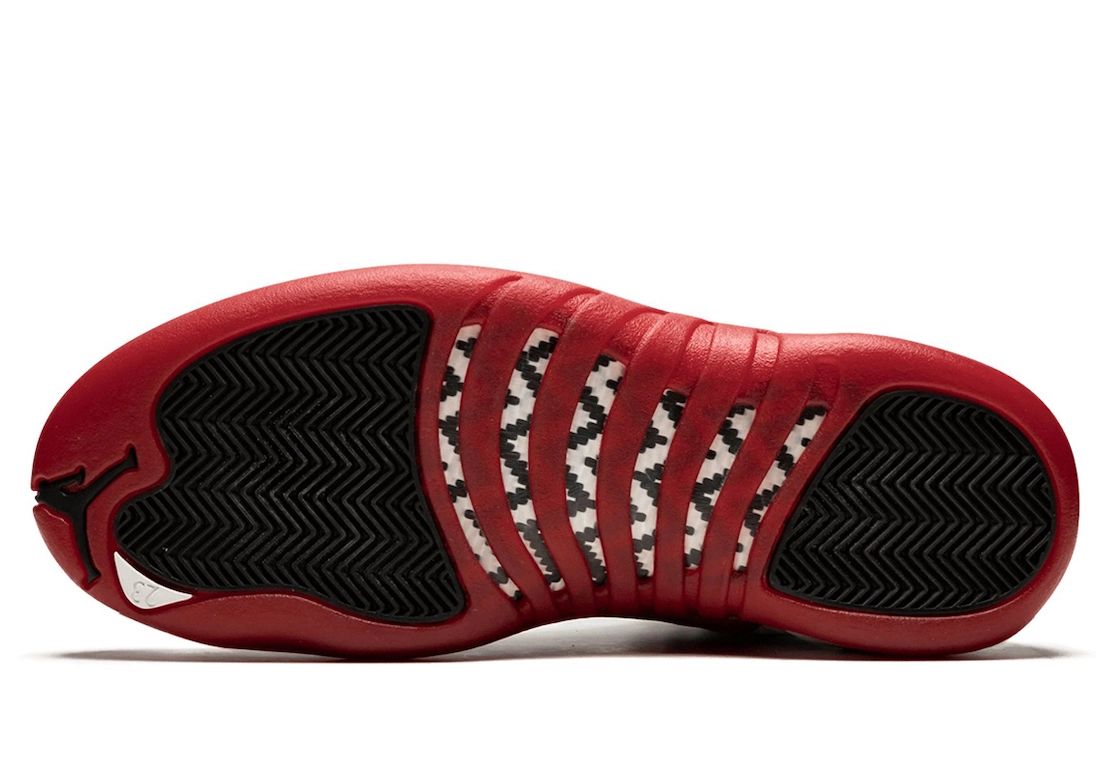 Detailed Look at the Air Jordan 12 ’25 Years in China’