HomeAir JordanAir Jordan 11 'UNC' is Not Releasing on Black Friday

Air Jordan 11 ‘UNC’ is Not Releasing on Black Friday 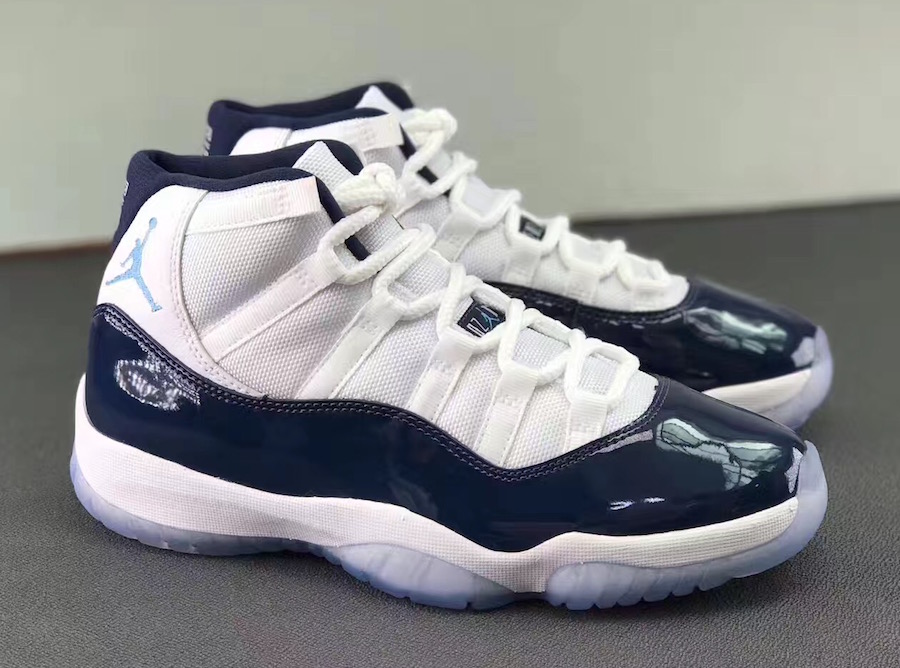 The Air Jordan 11 ‘UNC’ pays tribute to Michael Jordan’s alma mater, the University of North Carolina. This brand new Air Jordan 11 colorway is set to release at the start of the Holiday 2017 season.

Looking closer at this Air Jordan 11, they feature a White, Midnight Navy and University Blue color combination which resembles the UNC Tar Heels. White is seen on the mesh uppers while also hitting the leather, tongue, laces, 23 and midsole. Following are hints of University Blue which is applied to the Jumpman branding and carbon fiber mid-foot plate. In addition, Midnight Navy runs across the patent leather, liner and hinted on the heel.

Jordan Brand is also bringing back the original look of the Air Jordan 11. The patent leather once again sits higher while you can also see peaks.

The UNC Air Jordan 11 will release at select Jordan Brand retailers on November 11th, 2017. Retail price will be $220. More images can be seen by scrolling below which will give you a detailed look. 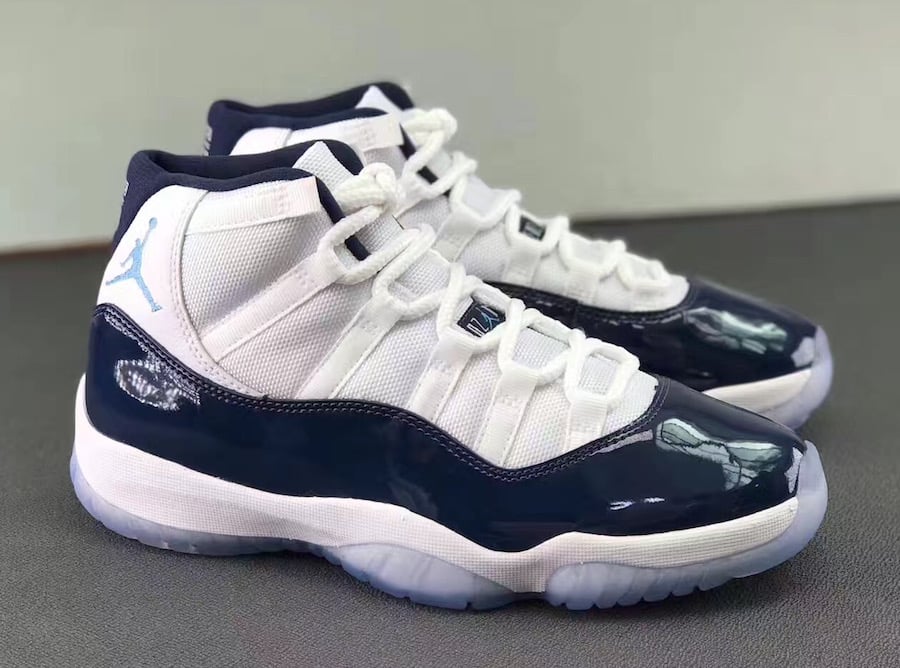 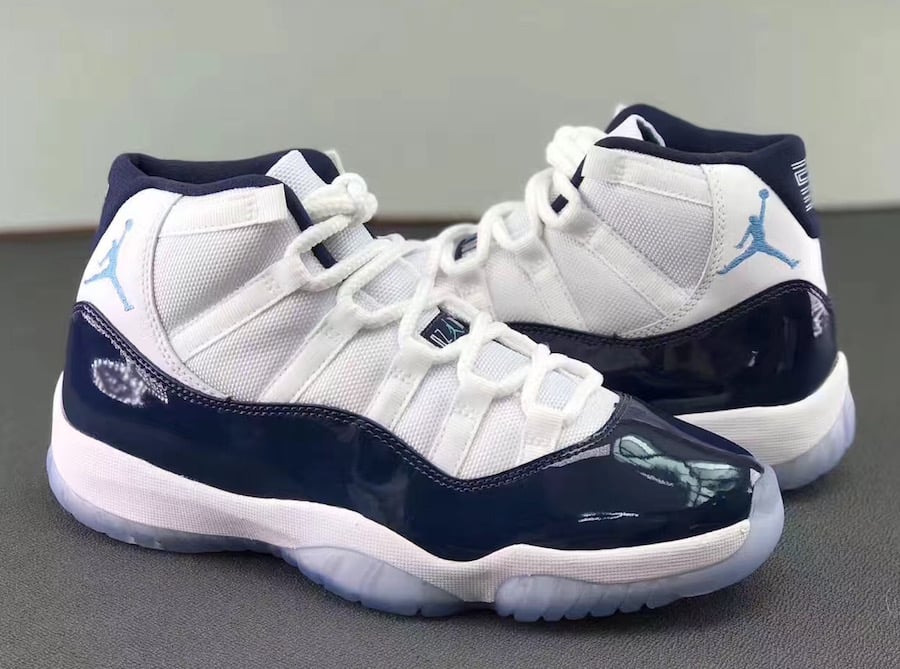 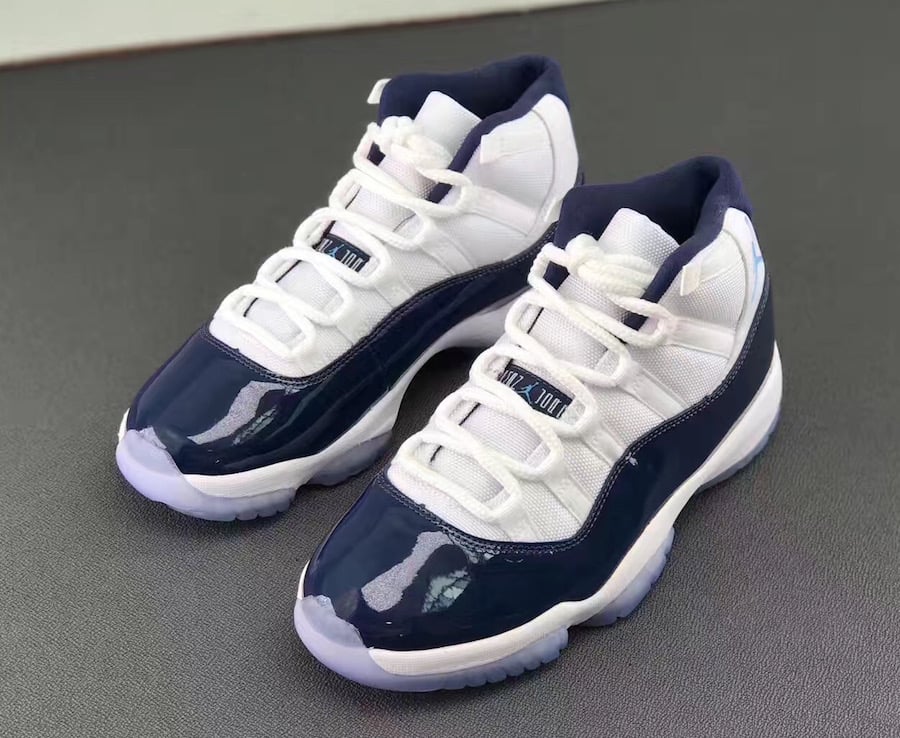 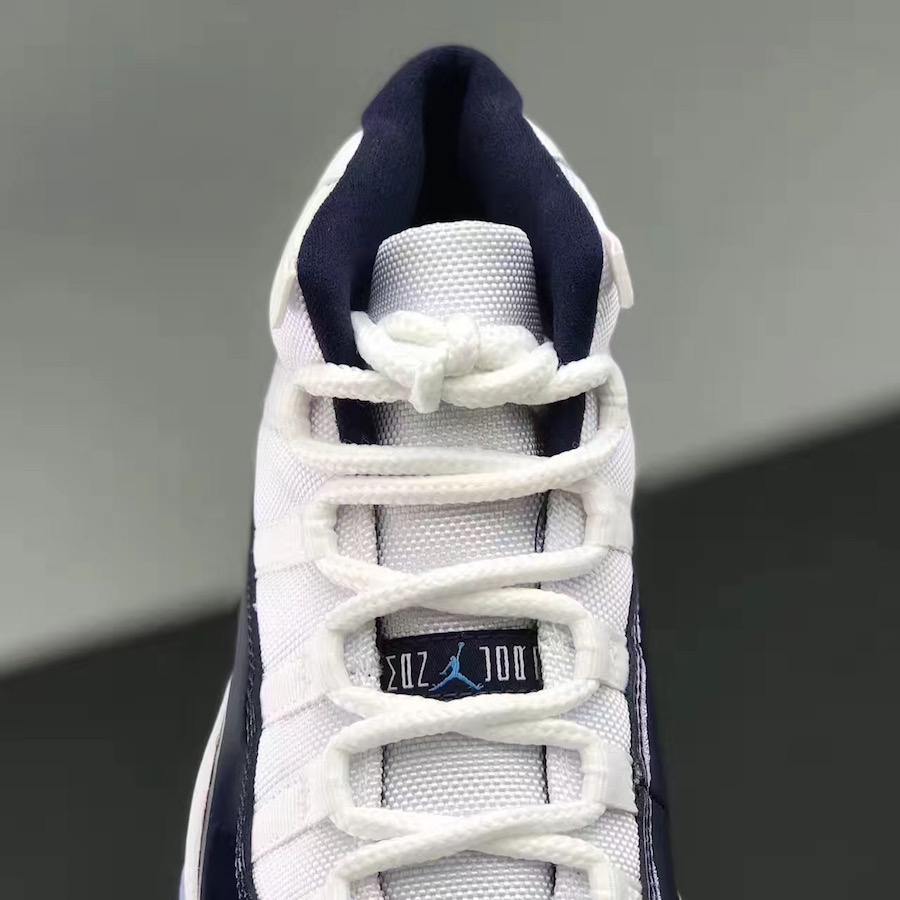 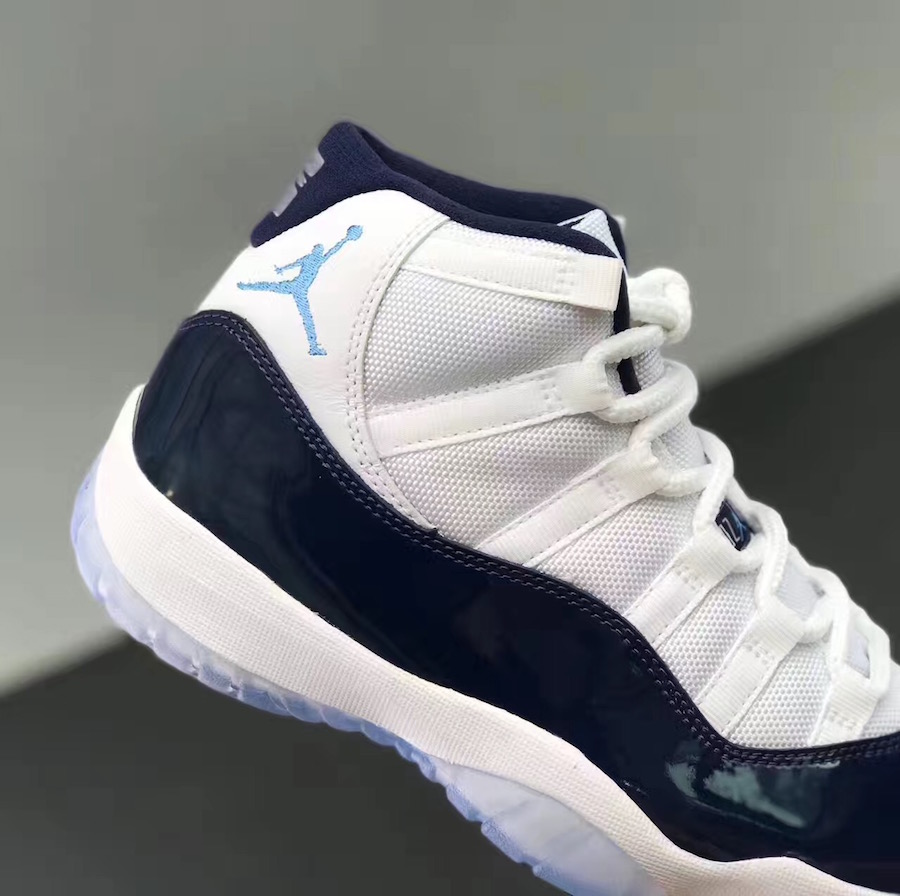 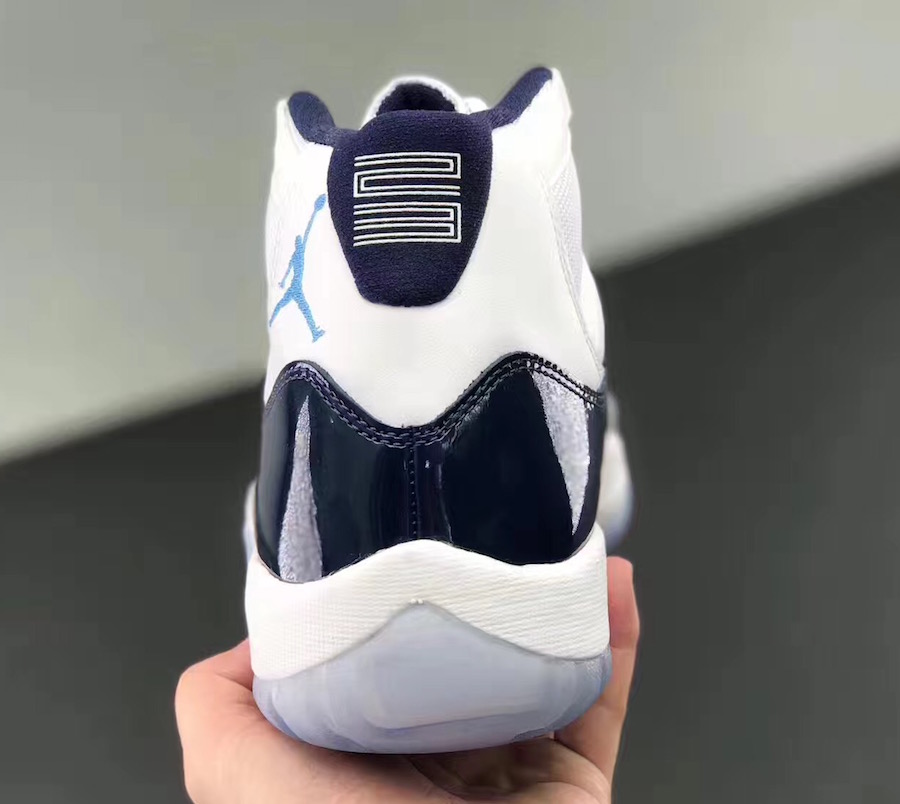 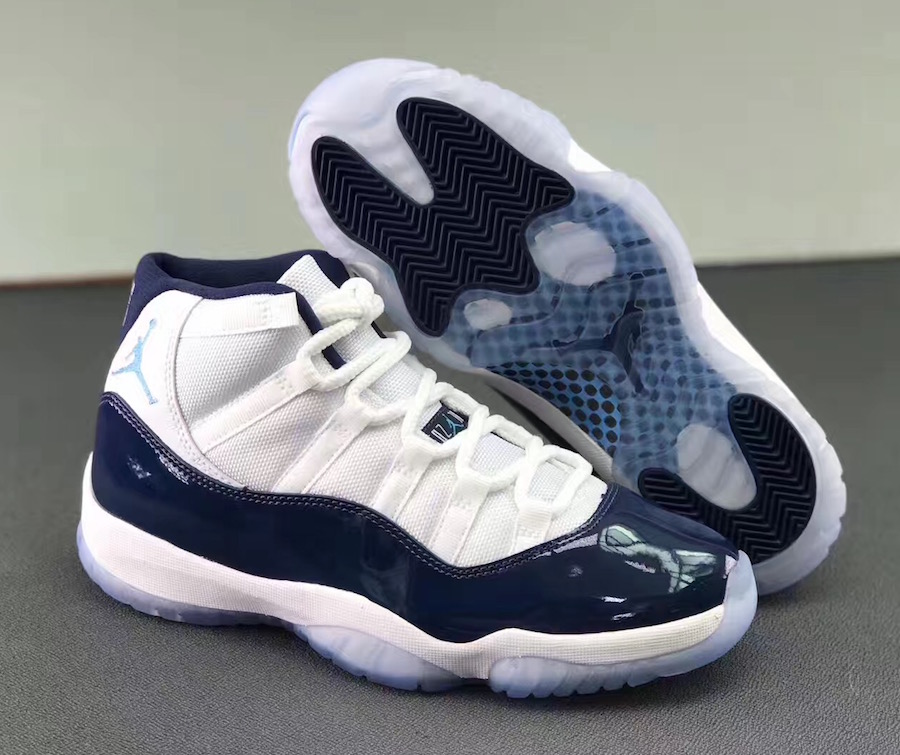 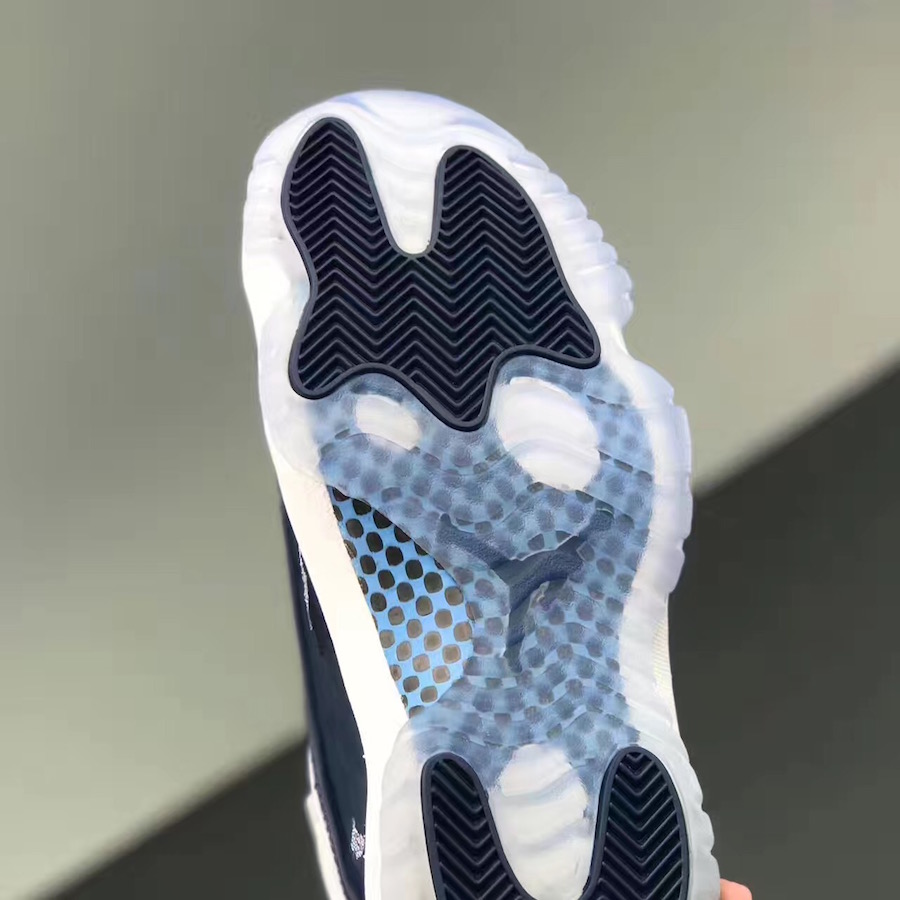 Update: Another look at the ‘UNC’ Air Jordan 11. 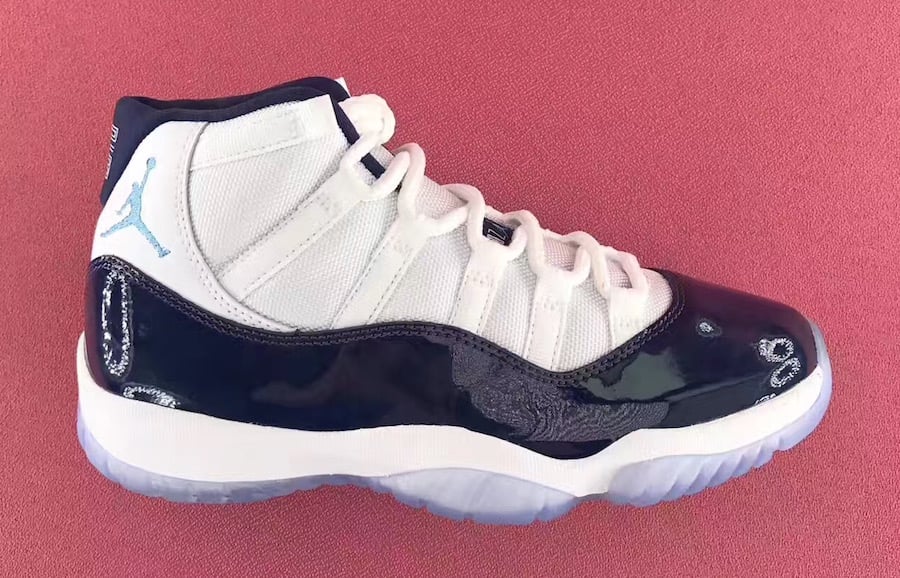 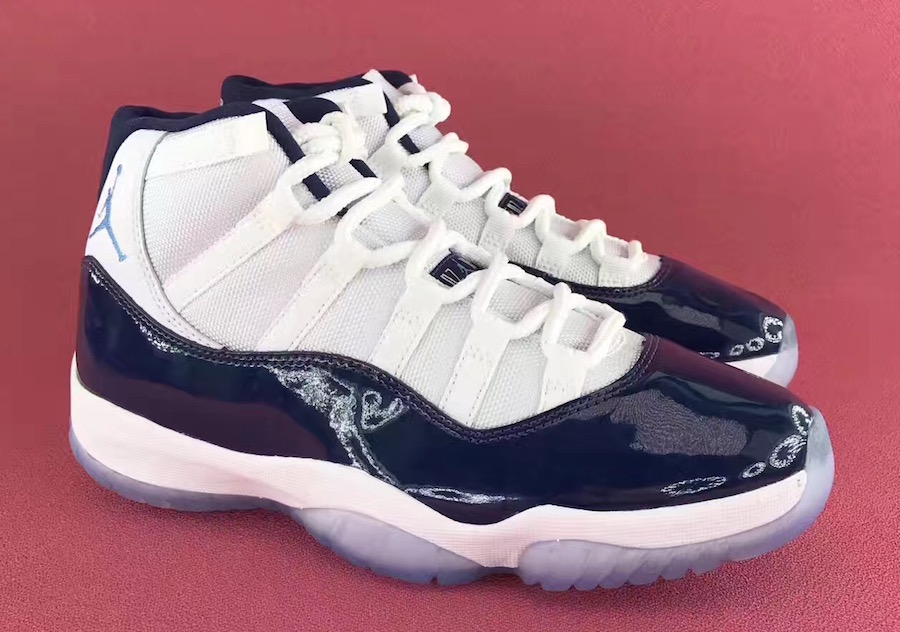 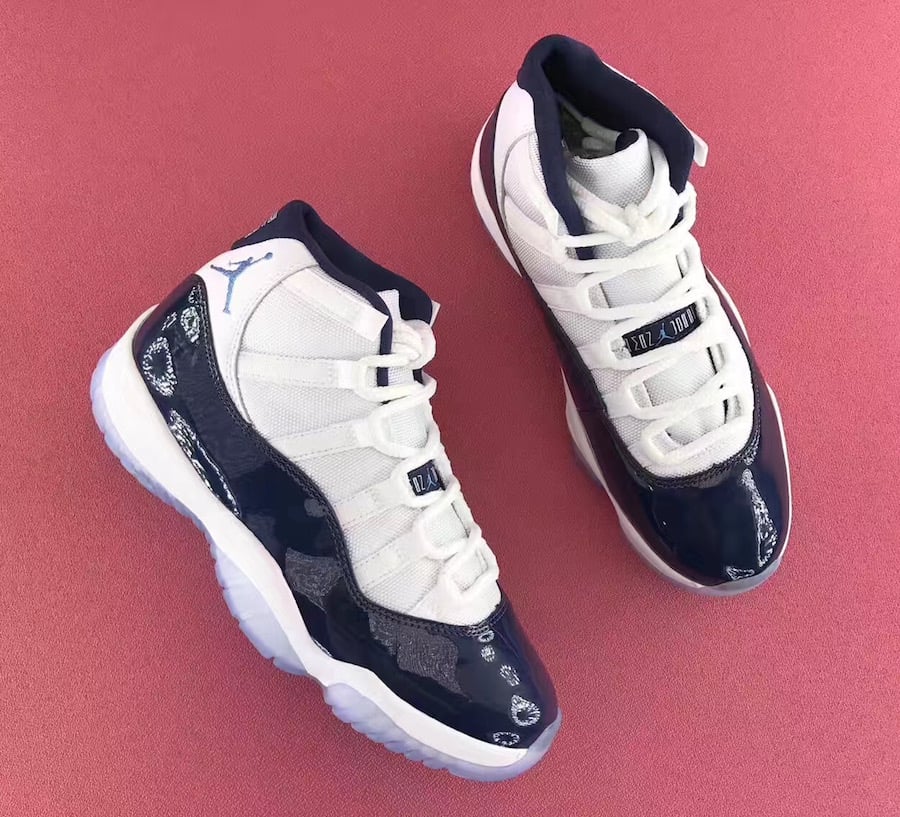 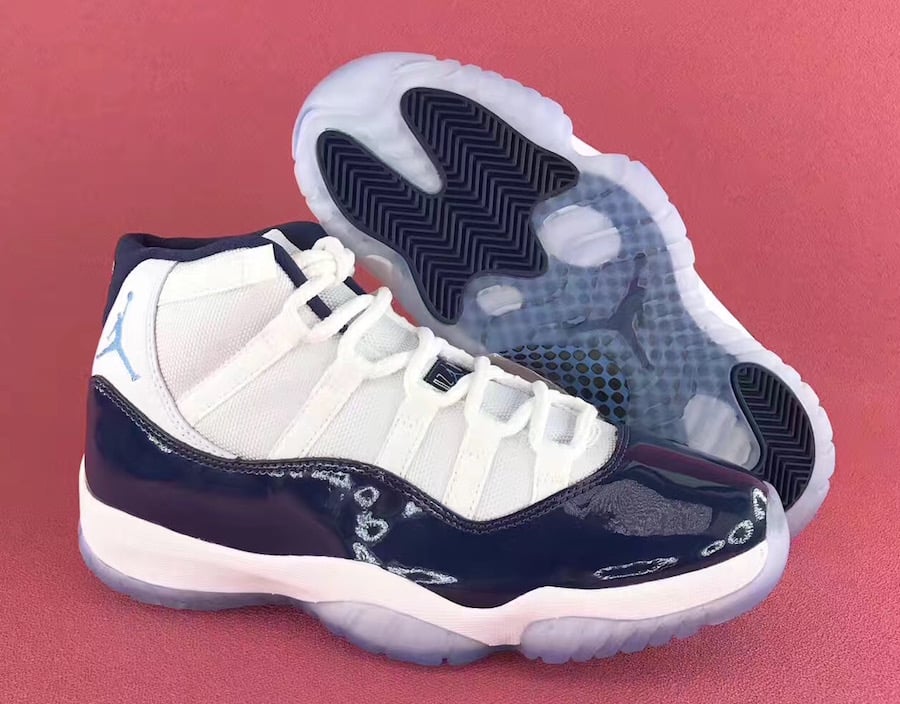 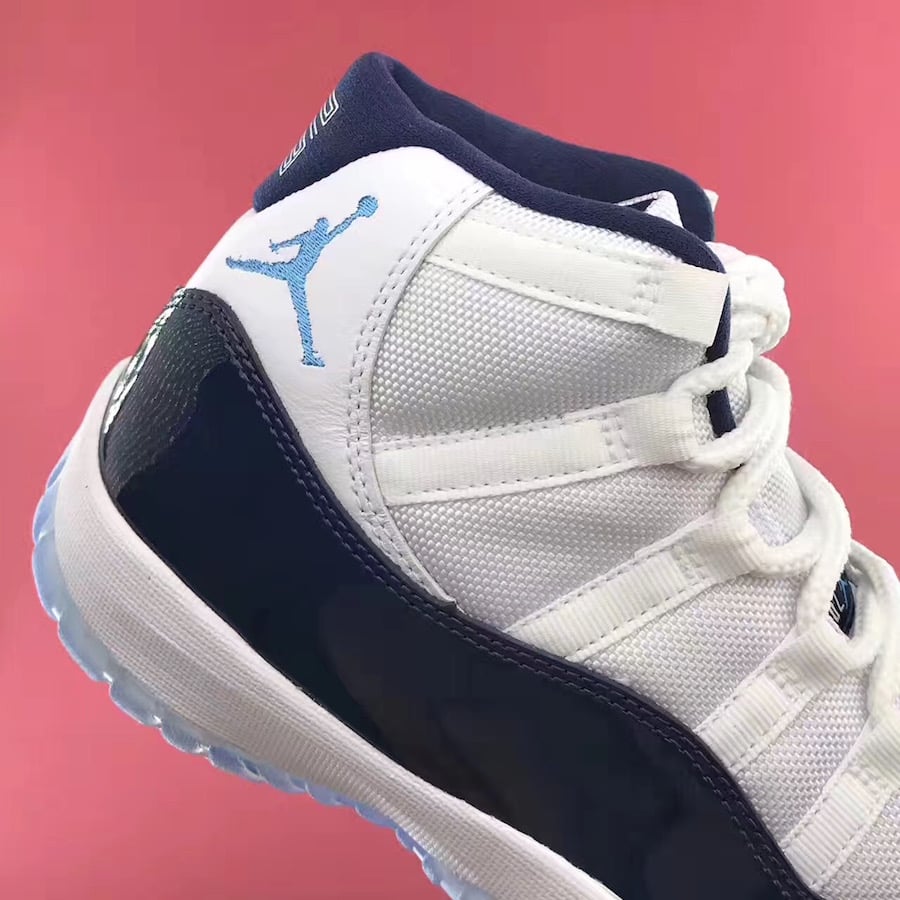 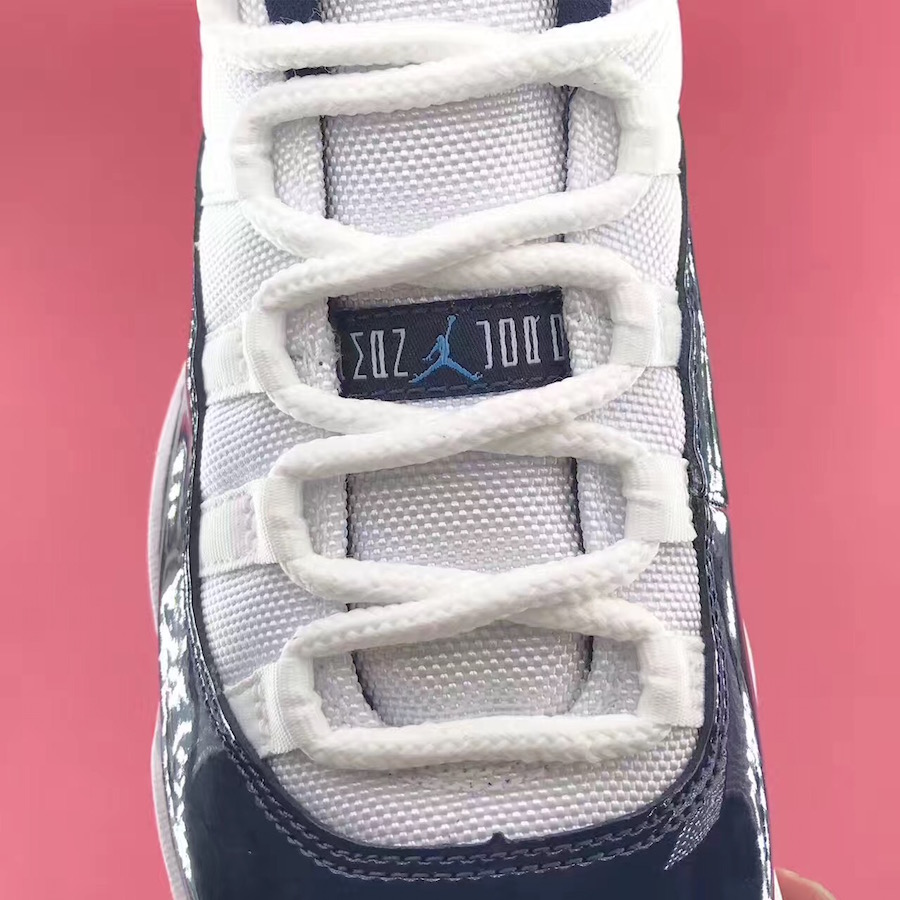 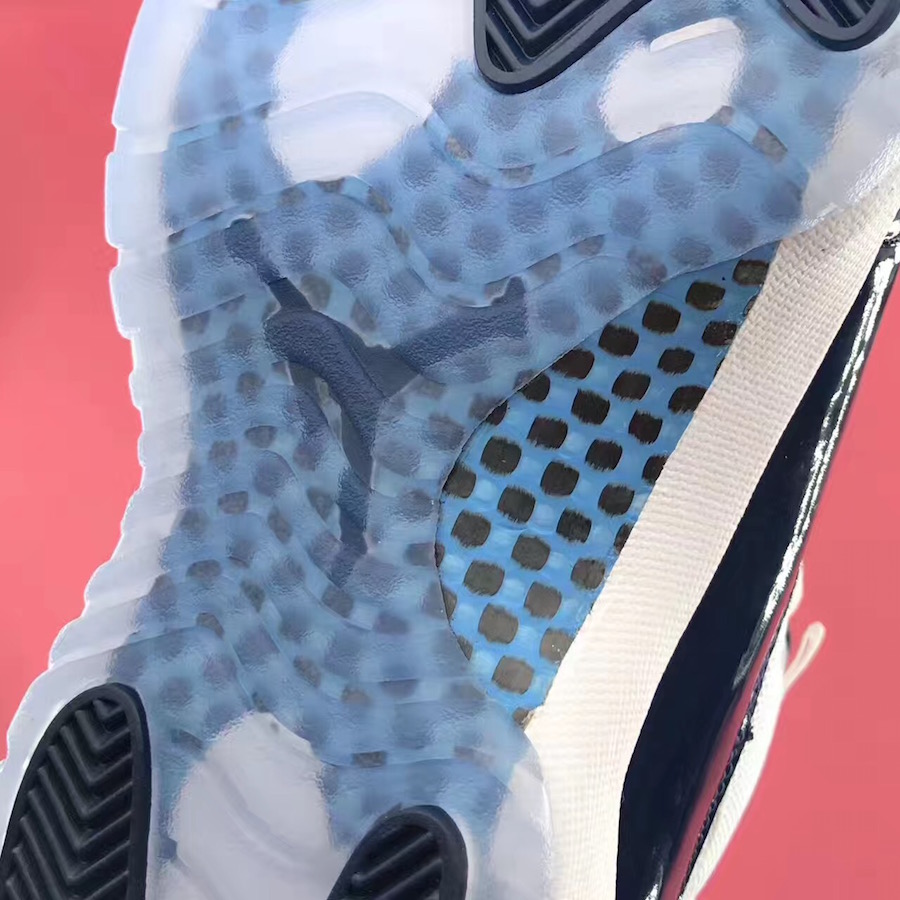 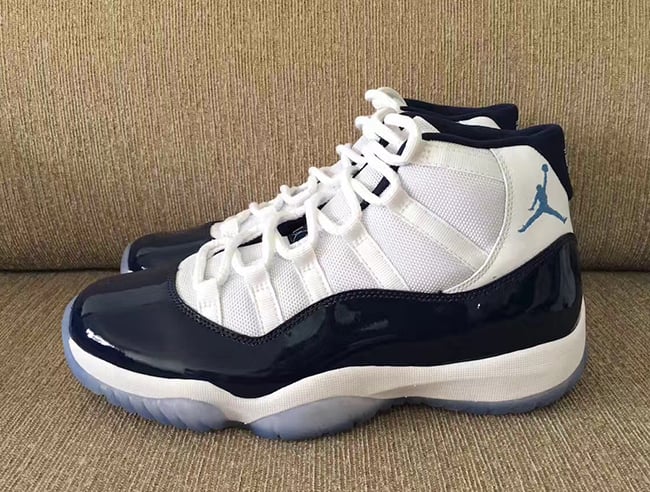 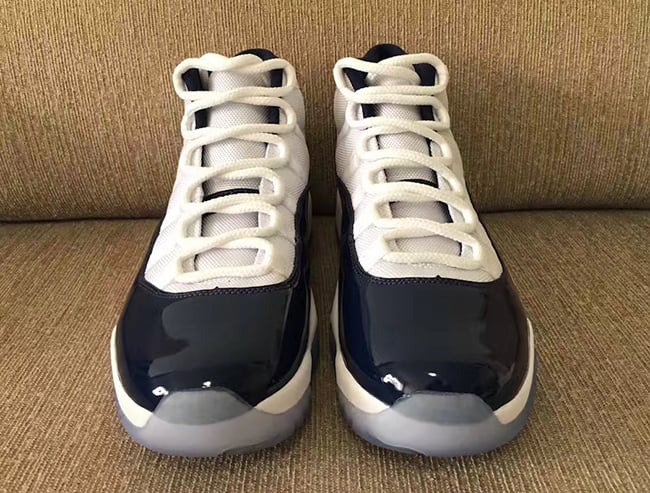 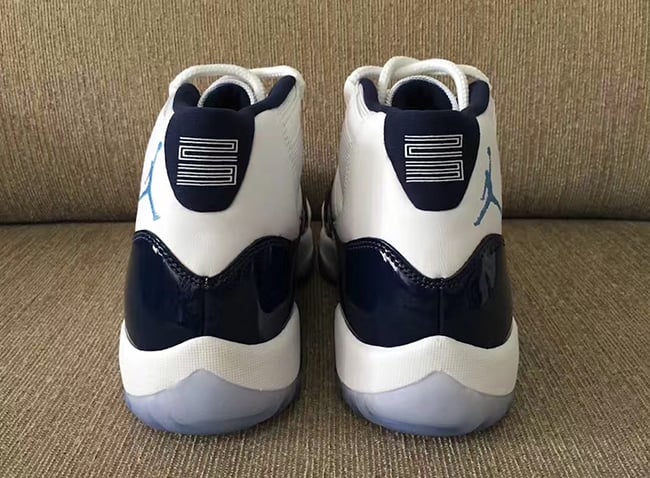 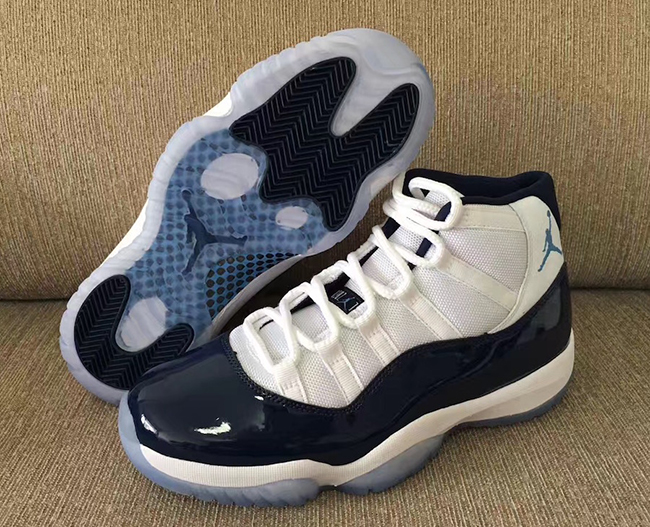 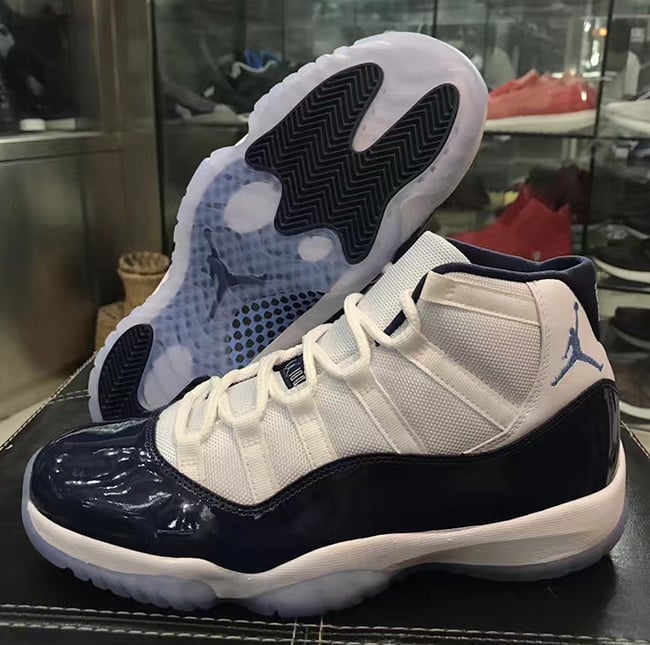 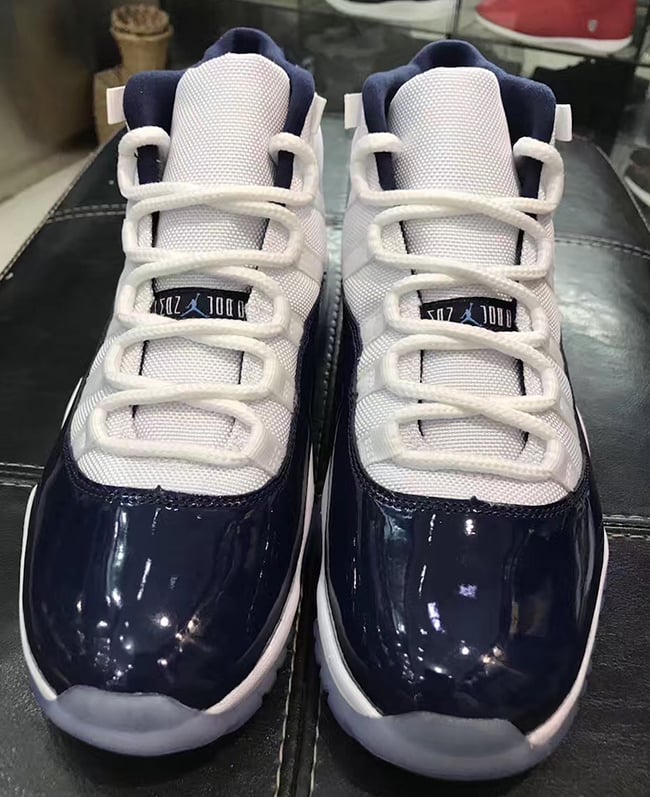 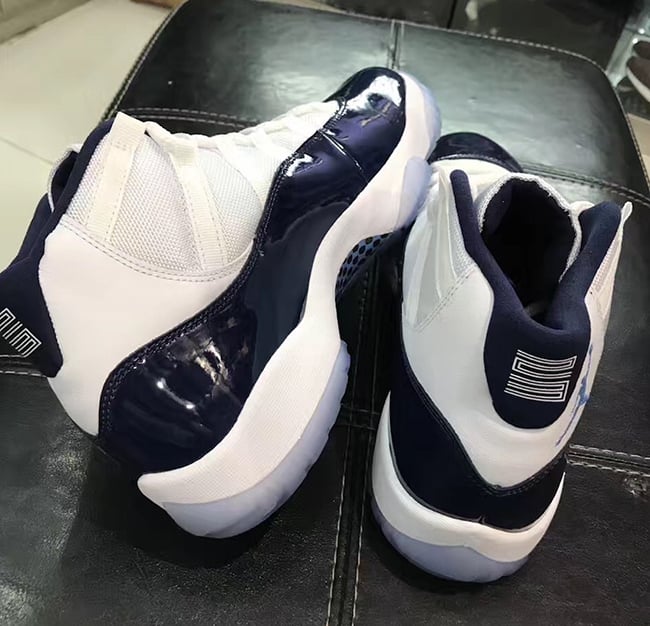 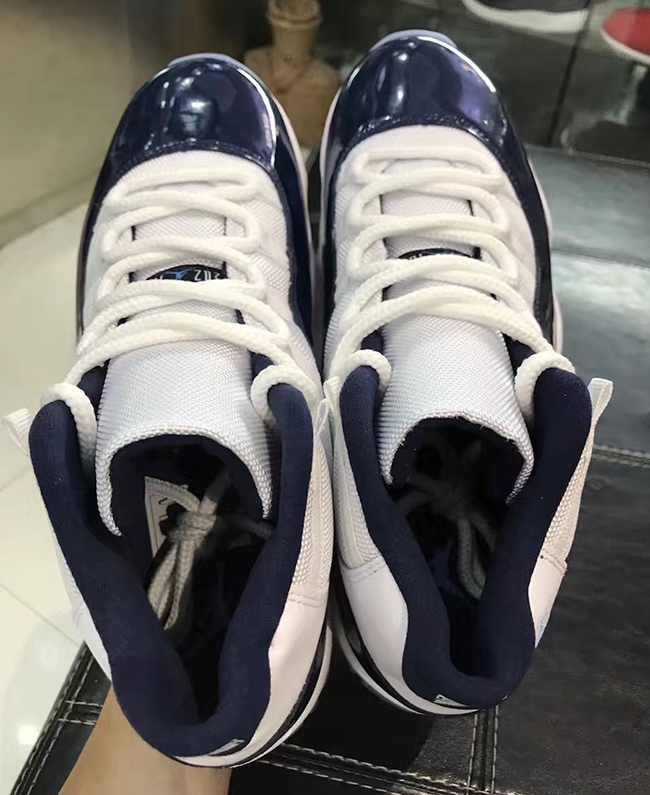 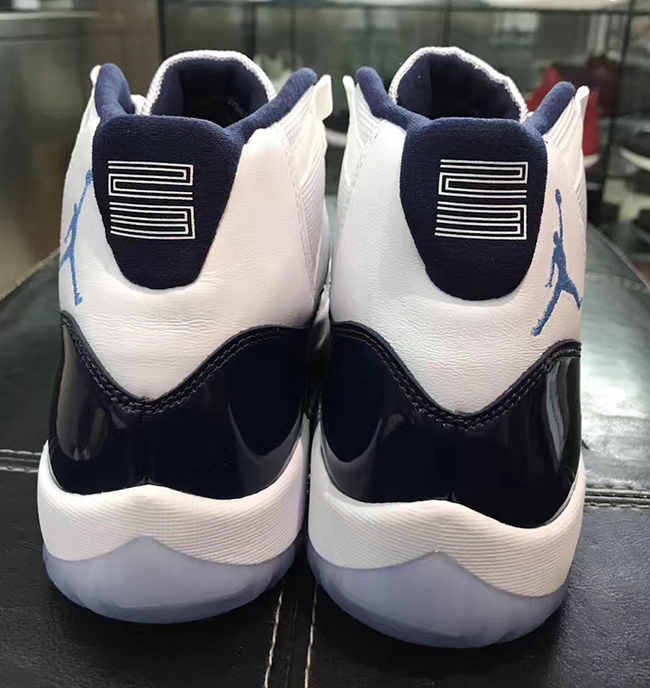 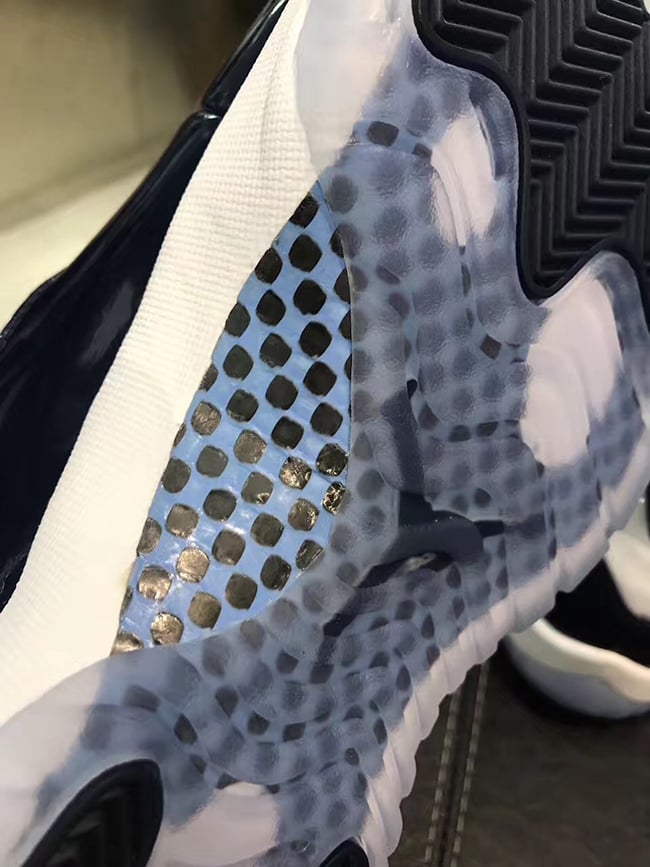