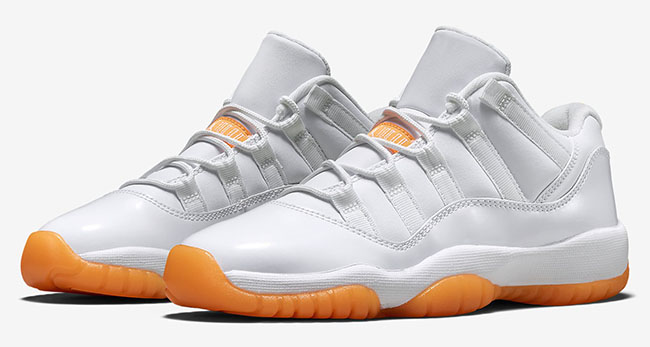 One of the first batches of Air Jordan 11 Lows is set to return next month, a first since its 2001 release. Sadly the shoes once again are being produced for girls, meaning the size run won’t go higher than a 9.5Y but the good news is some adults can fit into them depending on your size. Today we bring you a detailed look at the Citrus Air Jordan 11 Low.

Just like the 2001 release, the 2015 Citrus Air Jordan 11 Low comes with a mesh upper and patent leather. Hitting the sole, outsole, tongue, 23 and Jumpman logos is citrus orange. Simply put together, the shoes obviously doesn’t over do it on the citrus and is fresh for the Summer. This could steer the more flamboyant sneaker heads away but for the OG collectors, this is probably a must cop.

The Air Jordan 11 Low Citrus releases on June 20th, 2015 and comes with a retail price of $120. For pre-school, retail is $75 and toddler is $75. Extended sizing will be available, up to 9.5Y. See additional images below and let us know what you think of the return. The majority of Jordan Brand accounts will have the Citrus Jordan 11 Lows including KicksUSA.com.

Although a popular silhouette, the girls Air Jordan 11 Low Citrus will be a general release which means that all retailers online and in store will have them. Since there is a lot of other shoes releasing this weekend, your chances of getting them have increased. Still if you’re buying at a store location, more than likely they are doing raffles so make sure to give them a call. 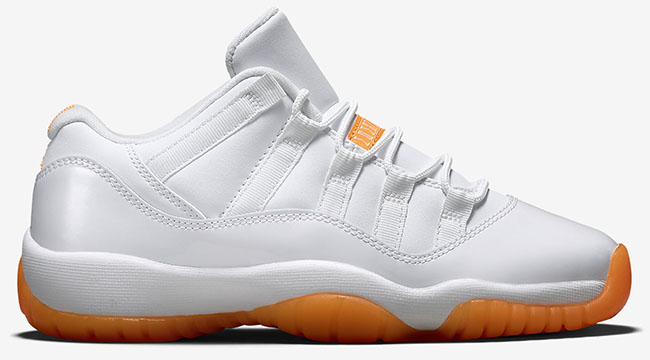 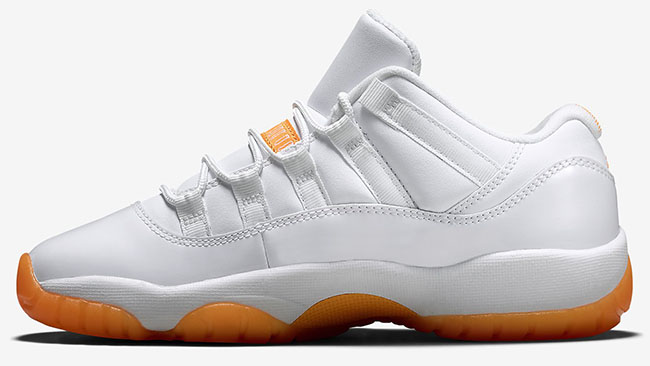 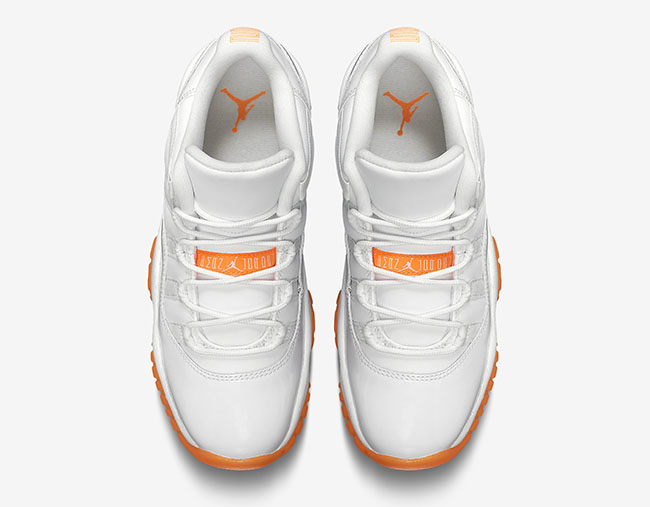 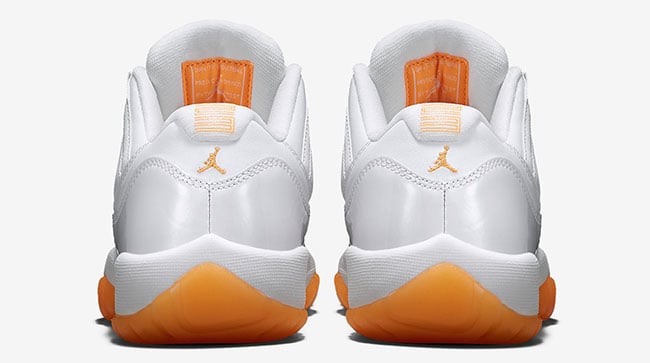 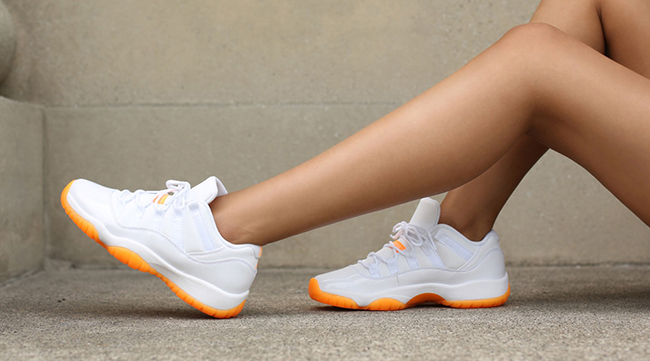 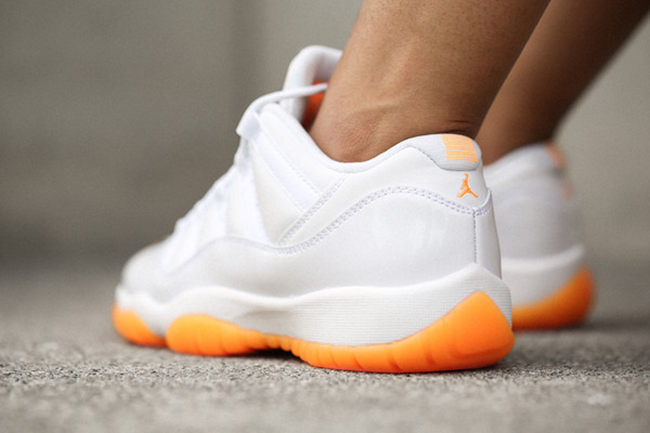 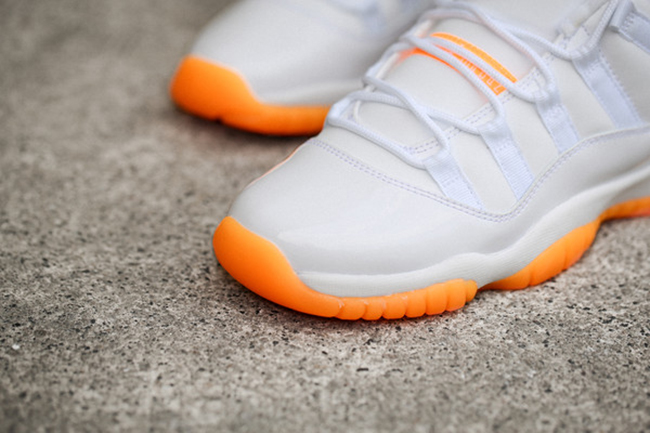 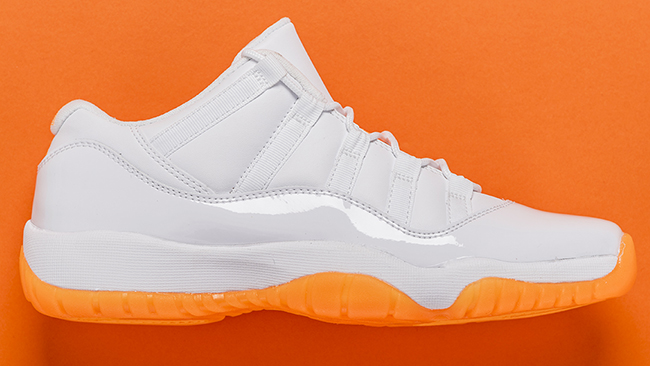 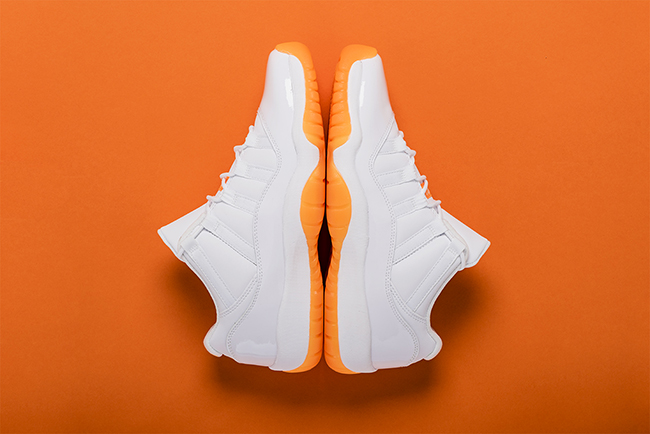 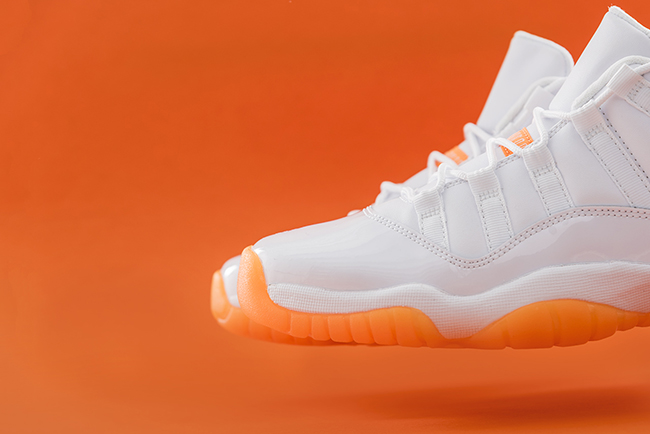 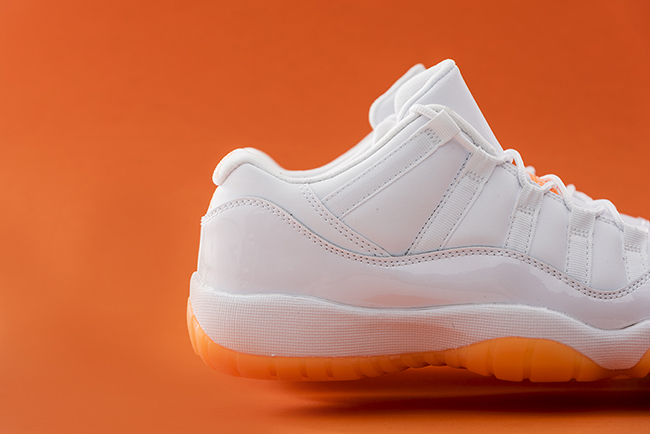 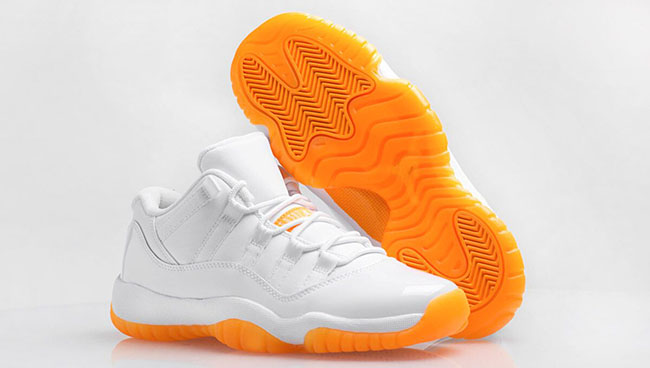 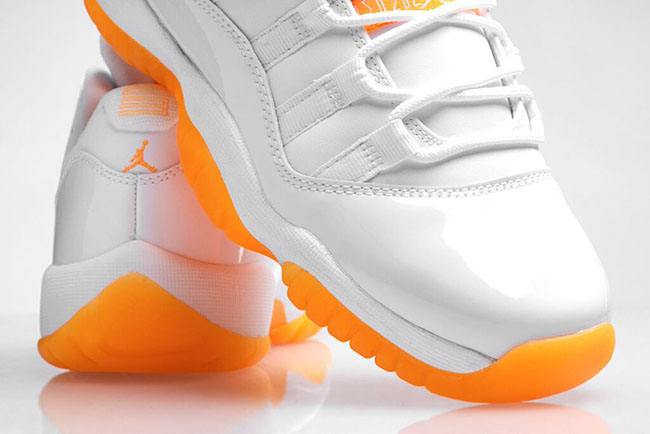 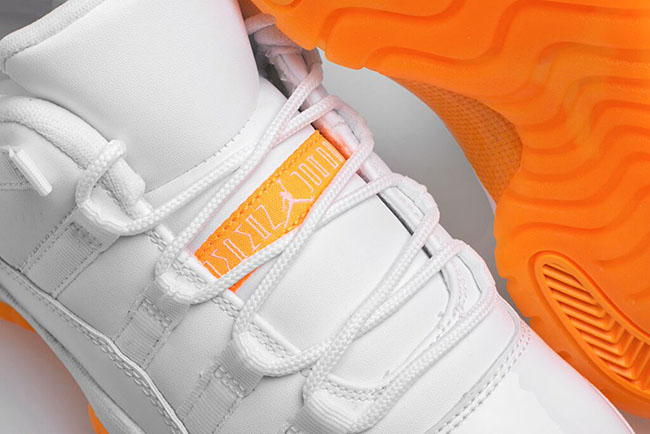 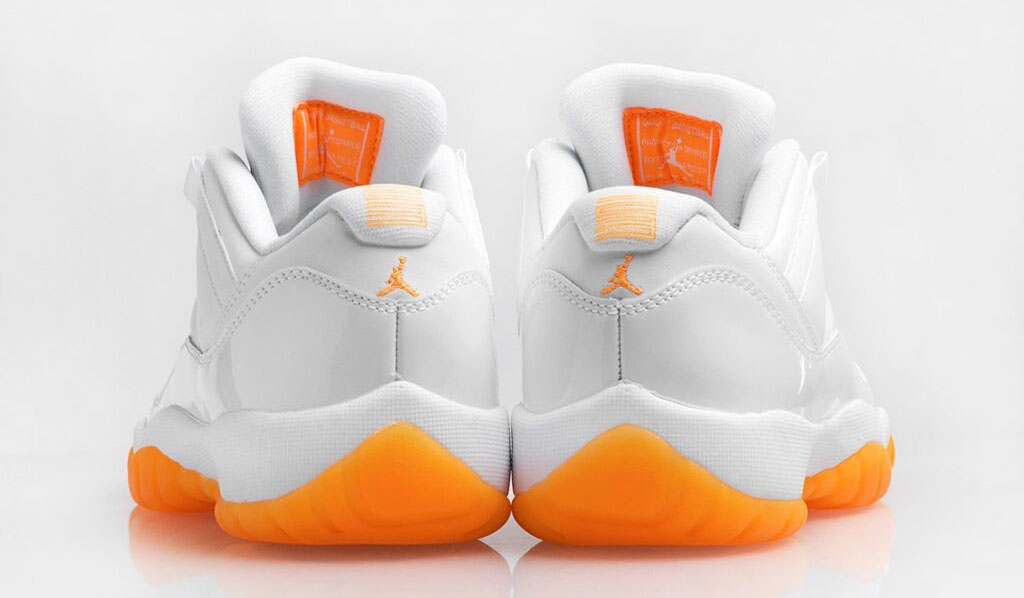 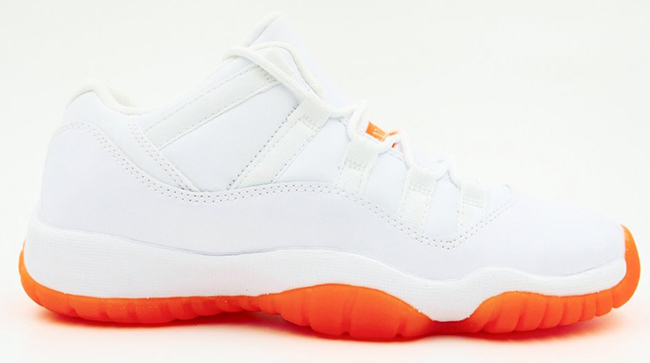 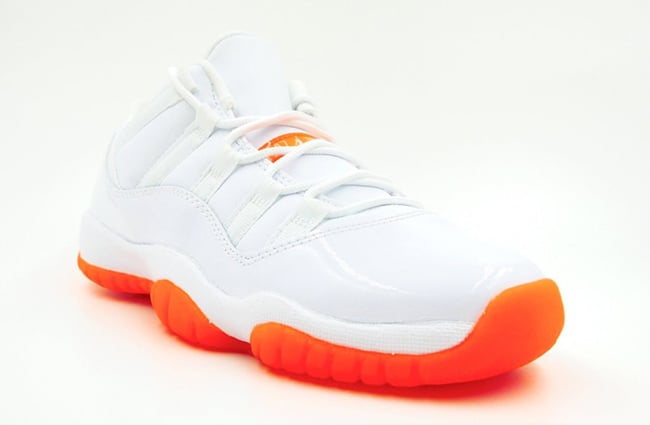 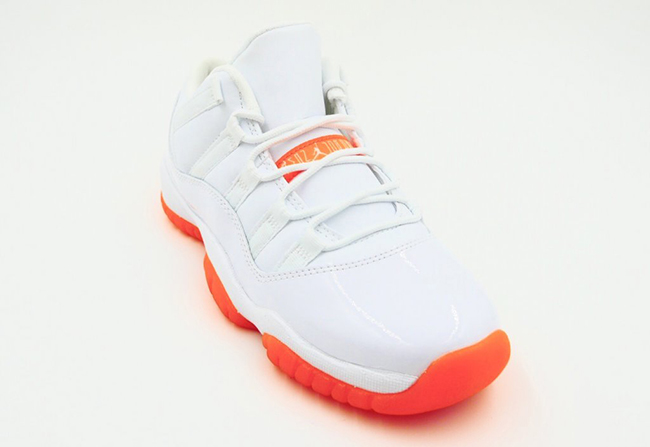 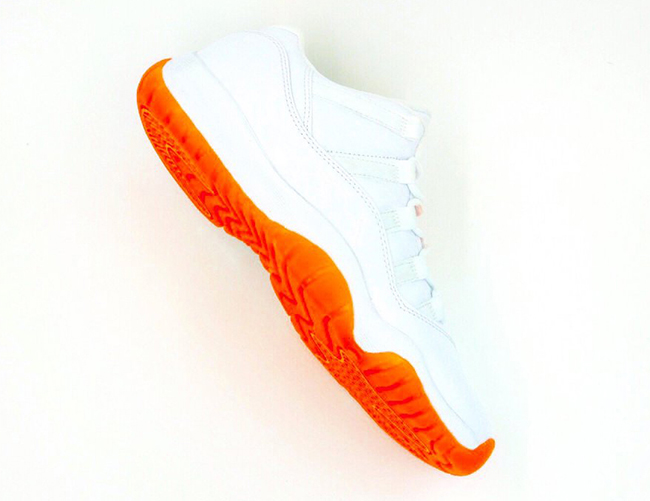 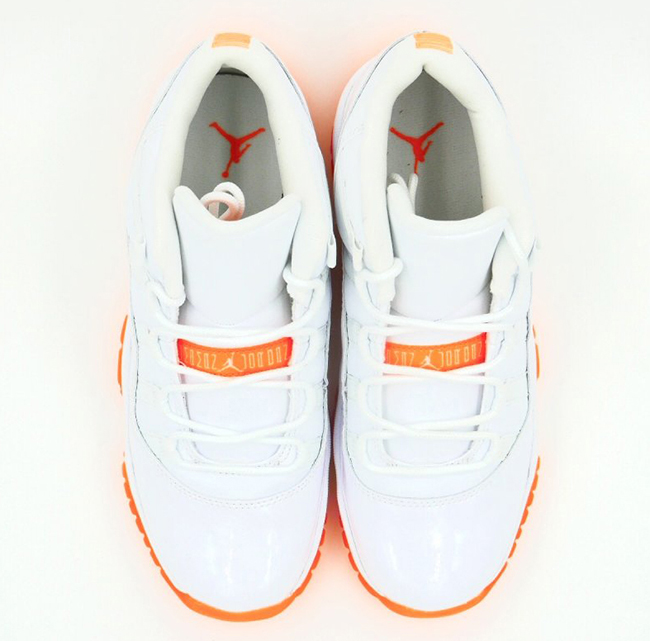 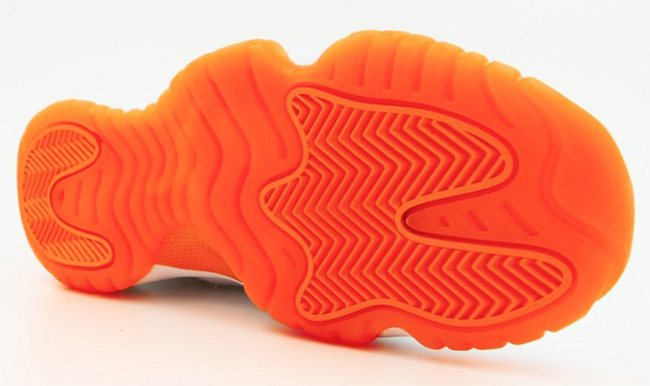 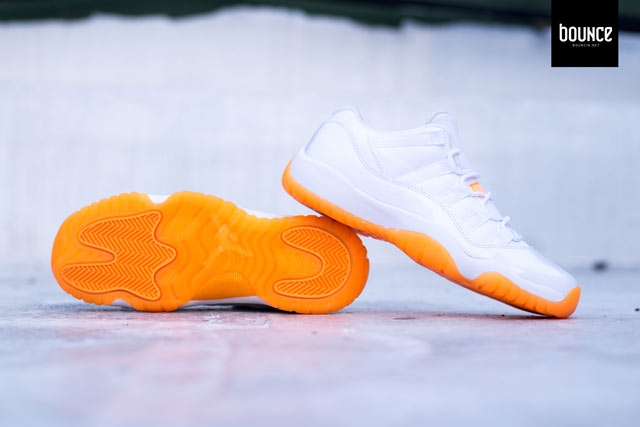 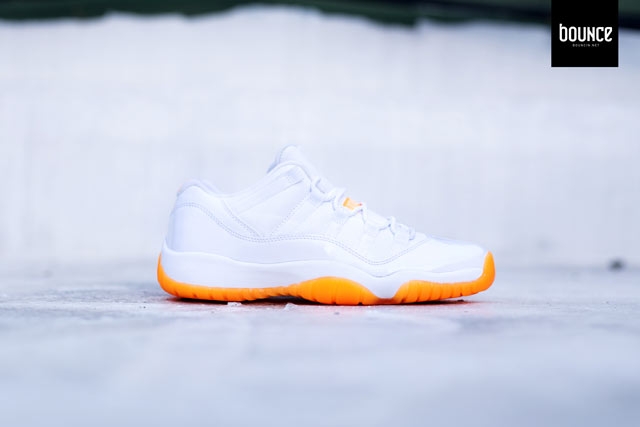 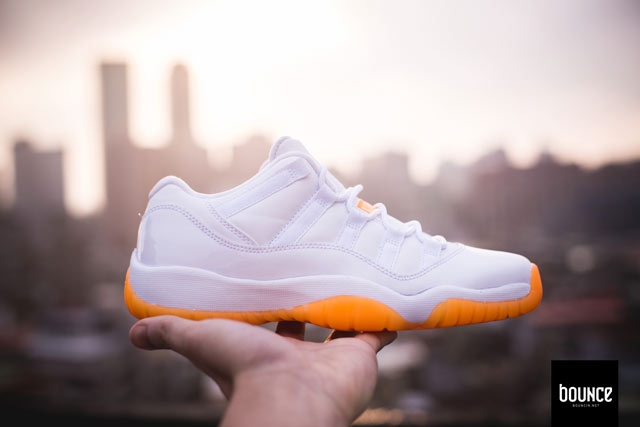 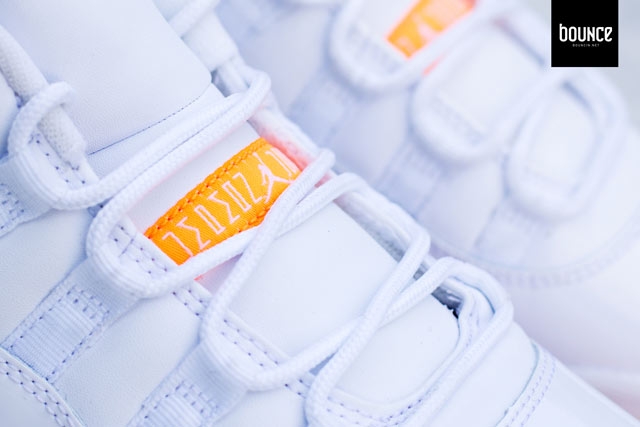 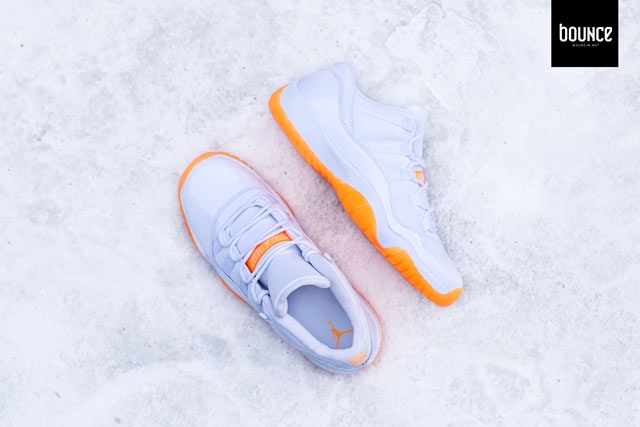 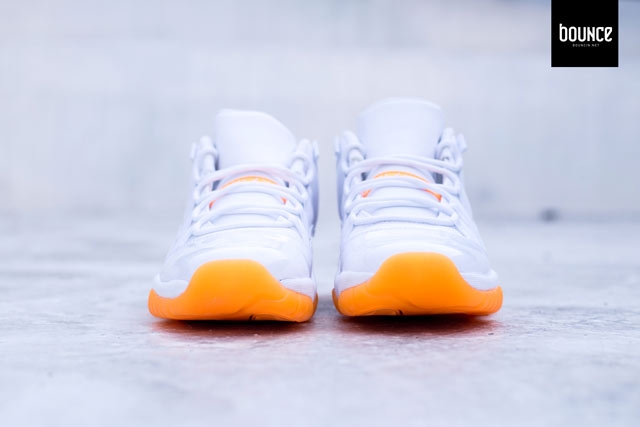 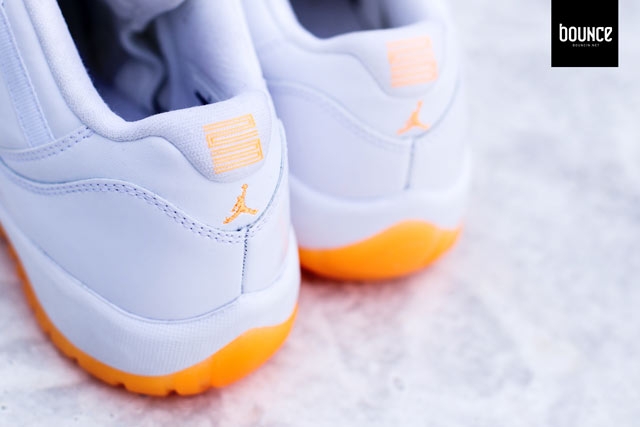 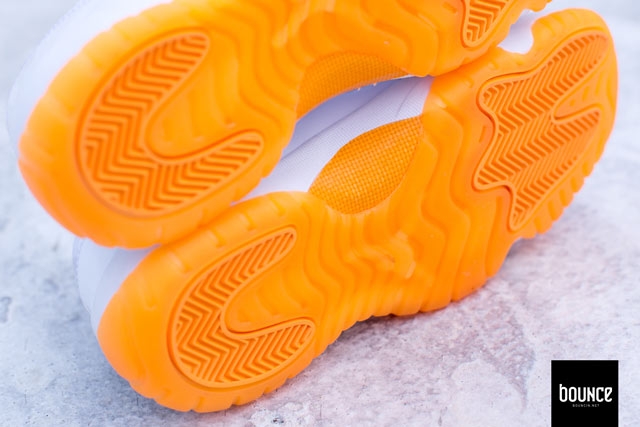