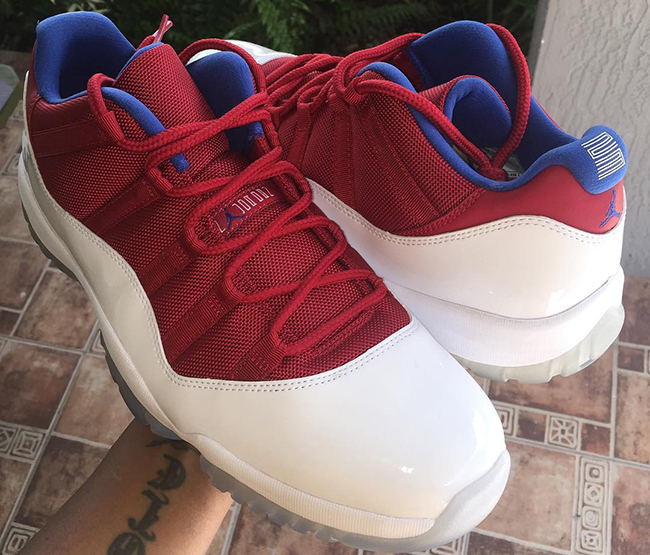 Michael Jordan had something special made, shown is a personal PE of the Air Jordan 11 Low 4th of July. They are connected to Independence Day while using the traditional red, white and blue theme.

Using white along the patent leather while the outsole comes in a clean white translucent tint (instead of blue), the uppers are dressed in red mesh while the liner features blue.

For those that are hoping they hit retailers, we don’t know what the future holds but since this is a pair for Michael Jordan, don’t expect them to drop anytime soon. What is your opinion on the ‘4th of July’ Air Jordan 11 Low PE? Do you think Jordan Brand should have released them? Leave a comment below and let us know what you think.