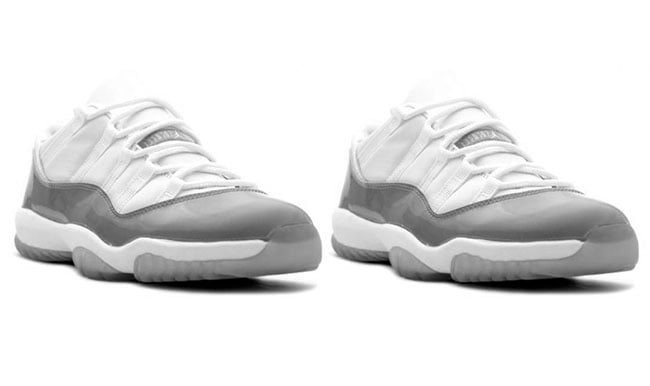 The Air Jordan 11 Low ‘Columbia’ is an older retro release but is still a sought after gem which will finally make its way back to retailers. In addition, the brand will release a Barons themed Jordan 11 Low amongst two girls exclusives. For the girls, the brand is dropping another Heiress release which comes in White and Pure Platinum while the other pair comes in Blue Moon, Sunset Blue, Binary Blue and White.

For the two adult sized released, Jordan will is adding a $5 increase which will now cost us $175. However the two colorways will also be available in full family sizing.

Although we don’t have exact release dates for the Air Jordan 11 Low 2017 Releases, you can expect us to bring you updates and a first look.