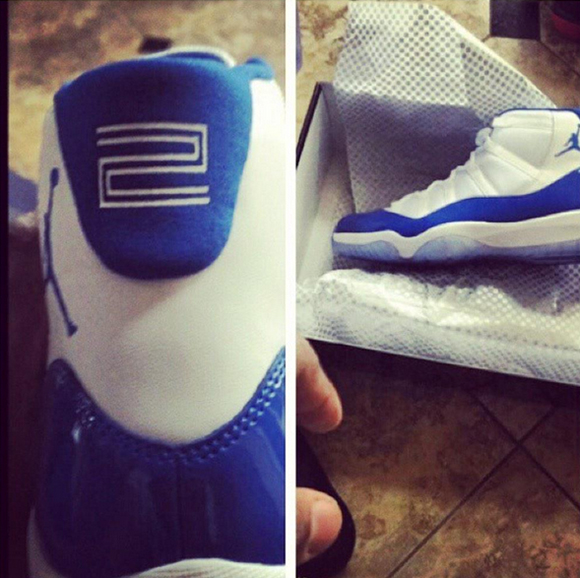 Today was the biggest release of the year for Jordan Brand which featured the release of the Air Jordan 11 Legend Blue. If you are one of the lucky ones to get a pair, congratulations but Kawhi Leonard wants to shut down your happiness with his player exclusive Air Jordan 11.

Kawhi has had some downtime due to a hand injury and he recently showed off his Jordan 11 PE’s. Featuring a white upper and blue accents which also lands on the patent leather. Instead of ’23’ on the heel, Jordan Brand switched it up to feature the number 2, Kawhi Leonard’s number.

More than likely we will not see Leonard wear this Air Jordan 11 on-court since they do not match the Spurs colors, but they were probably made for his off-court outings.