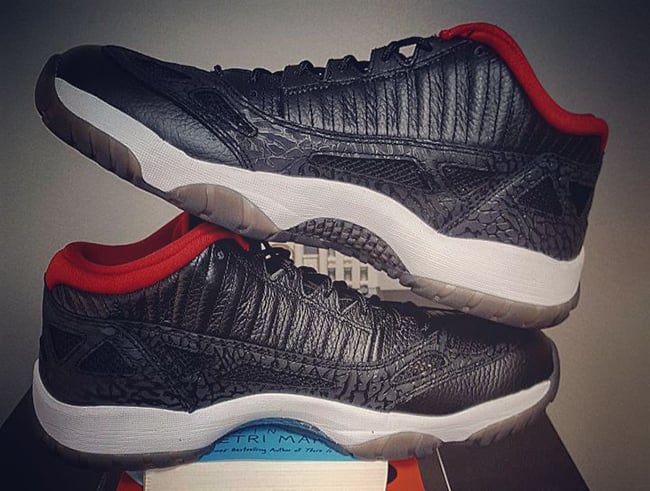 The Air Jordan 11 IE Low ‘Black True Red’ finally has a release date, which are coming in September 2015.

Last week we broke news that the Air Jordan 11 IE Low in Cobalt would be making a return this Summer and today we have learned that the original Black and Red themed pair will also drop, just a little later than the Cobalts.

Expected to release in original form, the Black and Red Air Jordan 11 IE Low will feature a white midsole, mainly black upper with a foggy translucent sole and true red accents on the Jumpman logo featured on the tongue and liner.

The good news is we have a release date scheduled for September 9th 2015 and will retail for $170. Will you be picking up the Air Jordan 11 Low IE in black and true red? Official images and other details will be coming soon, so stay tuned.