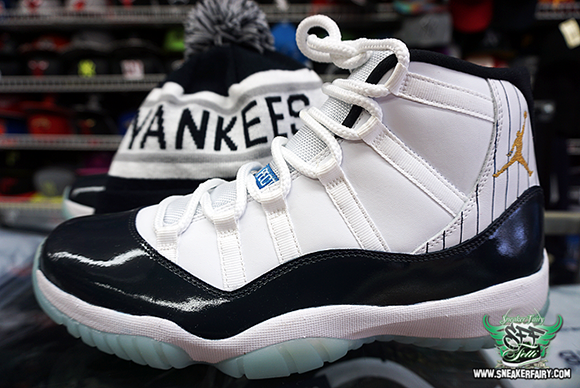 Jordan Brand had a couple models saying farewell to Derek Jeter, the most sought after was the Air Jordan 1. Most of us would think a proper release would contain the Jordan 11, but hey we are biased and love the model. Customizer FETTi D’Biasi has done what JB hasn’t.

FETTi D’Biasi took the Air Jordan 11 Legend Blue and customized it to make them give DJ a proper goodbye. Adding navy blue to the patent leather and gold was applied to the Jumpman logo. Also added was ‘Re2pect’ to the tongue, the number 2 on the heel and jersey pinstripes around the collar.

Would you cop a pair of Air Jordan 11 ‘Derek Jeter’ is JB released them? Once again, great work by FETTi D’Biasi aka Sneakerfairy, and keep the customs coming. 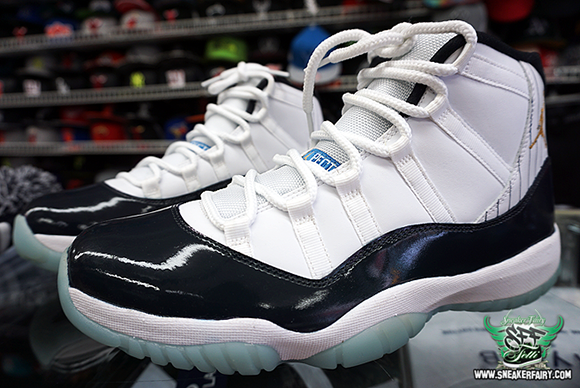 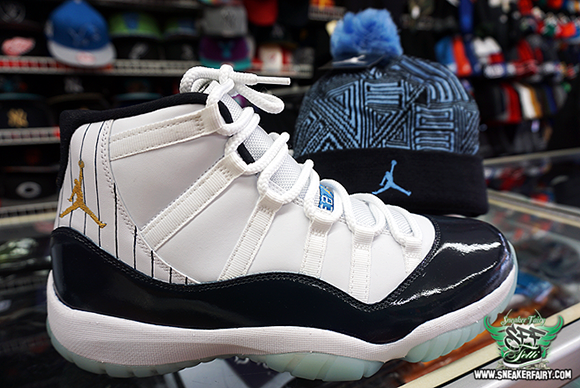 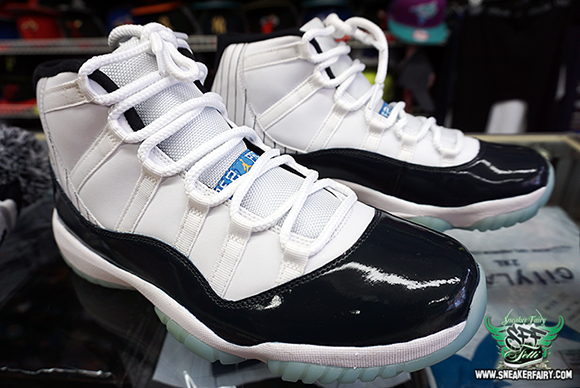 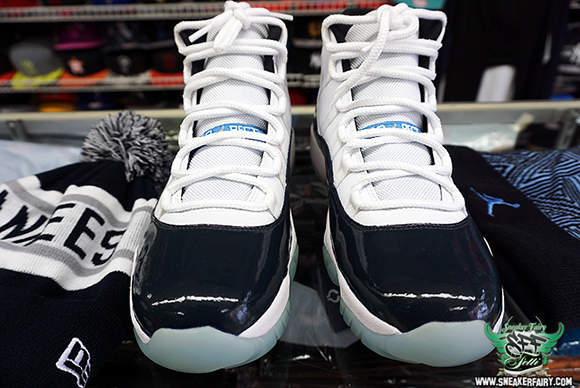 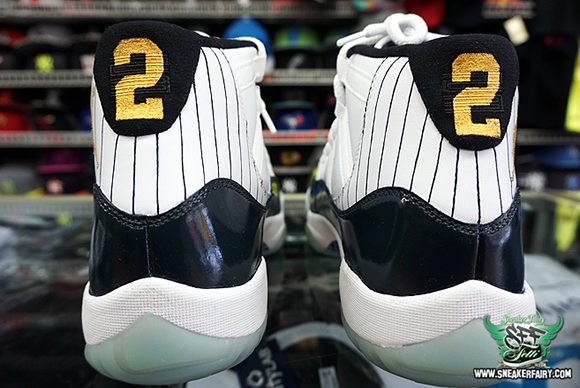