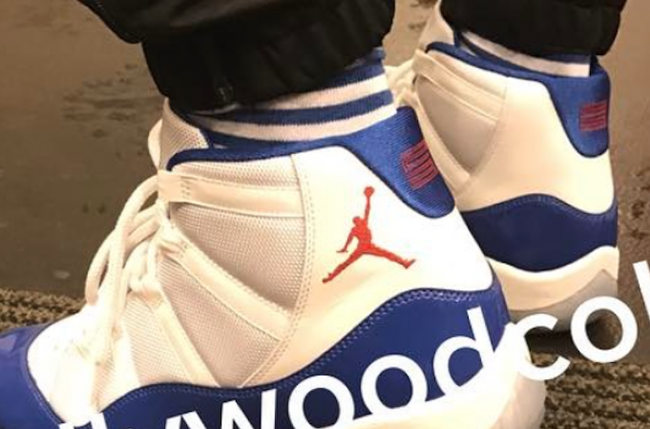 Chris Paul might be the king when it comes to Air Jordan 11 player exclusives. While he continues to get spotted in new colorways, the latest is known as the Air Jordan 11 Chris Paul Clippers PE.

CP3 was spotted in this Air Jordan 11 in Dallas. This pair has similarities to the one Chris Paul was wearing during pre-season game back in October 2016 against the Utah JAZZ. As you can see, White covers the uppers with the use of mesh and leather. Patent leather comes wrapping the shoes which features Blue. Other details include Red accents and a translucent outsole.

Visit the comments section below and let us know what you think of the Air Jordan 11 Chris Paul Clippers PE. Would you purchase them if Jordan Brand decided to release them? 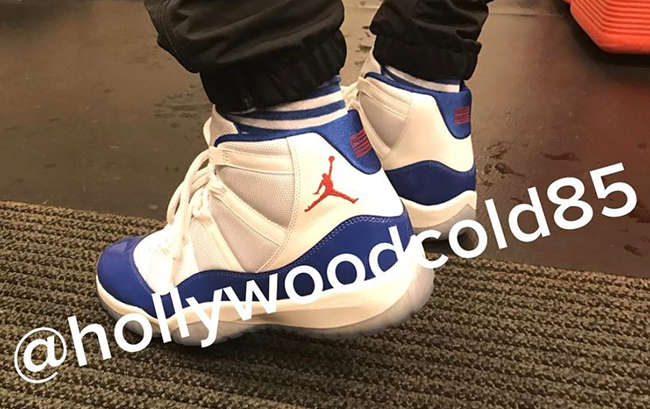