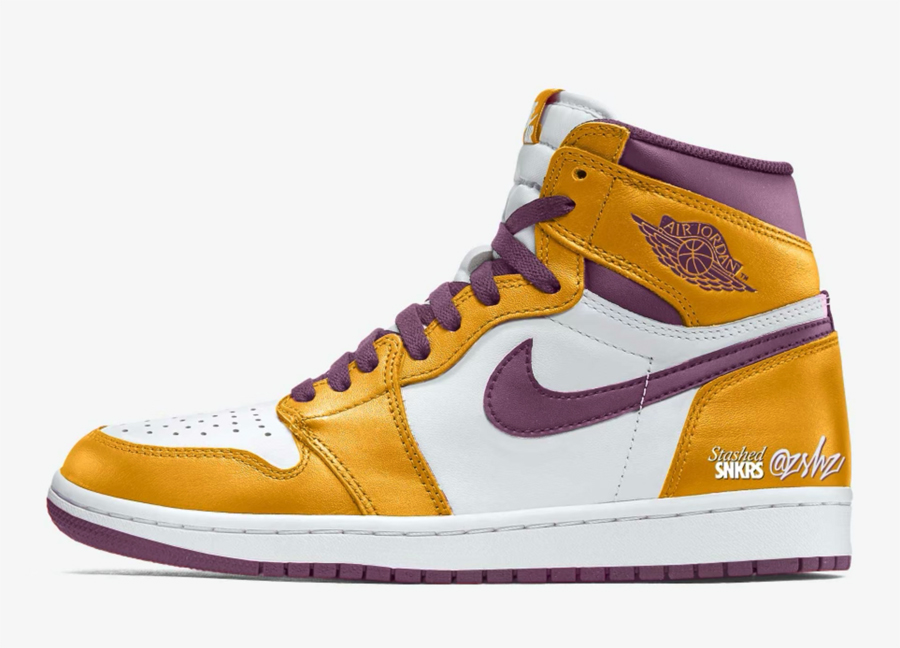 The Air Jordan 1 High OG ‘Lakers’ is a new colorway that will debut during the early part of 2022.

Over the years, we have a handful of pairs inspired by the Los Angeles Lakers. Even one of those was a tribute to Kobe Bryant, which was the Air Jordan 9. However, Kobe Bryant and his estate have officially left Nike which means that the pair won’t be linked to one of the greatest Lakers players.

While the pair won’t specifically be tied to the Lakers, this Air Jordan 1 will feature a University Gold, Purple, and White color combination. Currently, images have yet to leak. However, we have a mock-up to show what the pair could look like. Going over the shoes, they feature White leather on the base while University Gold wraps the toe, heel, eyestay, and ankle. Bringing the theme together, Purple appears on the Swoosh, ankle, laces, Wings logo, and rubber outsole. Lastly, a White midsole finishes the look.

You can expect the Air Jordan 1 High OG ‘Lakers’ to release at select retailers and Nike.com during the early part of 2022. The retail price is $170. Once we have additional information, we will make sure to update you.

The image used is a photoshop by zsneakerheadz and stashedsnkrs.