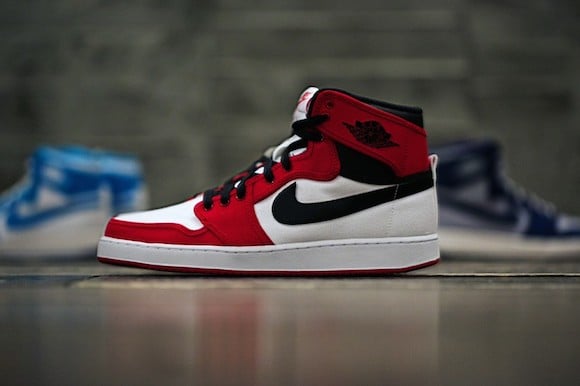 When the good folks at Jordan Brand announced the re-release of the all-canvas Air Jordan 1 AJKO “Chicago” (short for “Air Jordan Knock Out) in 2010, die-hard Jordan fans rejoiced, as the AJKO was known to be one of the rarest J’s in the Air Jordan pantheon.

That joy was replaced with annoyance by many as pictures slowly surfaced, showing the shoes featuring a Jumpman tongue tag instead of the classic “Nike” branding and, more importantly, a purposely-aged midsole, featuring a urine-yellow hue. Well, Jordan Brand must have heard the cries of sneakerheads worldwide, as the 2014 version replaces those characteristics with the original “Nike” tongue tag, as well as a clean, all-white midsole. The all-canvas affair features the original colorway of the first AJKO, sporting the team colors of the Chicago Bulls.

Set to release this weekend, you can try to pick up a pair at Nike.com and other Authorized Jordan Brand retailers. Hit the jump for a few more pics, and let us know in the comments if you plan on adding a pair to your collection. 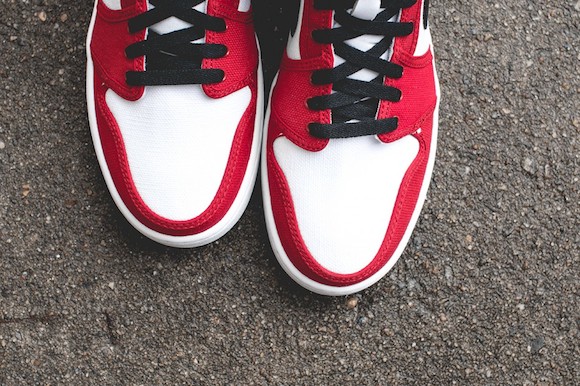 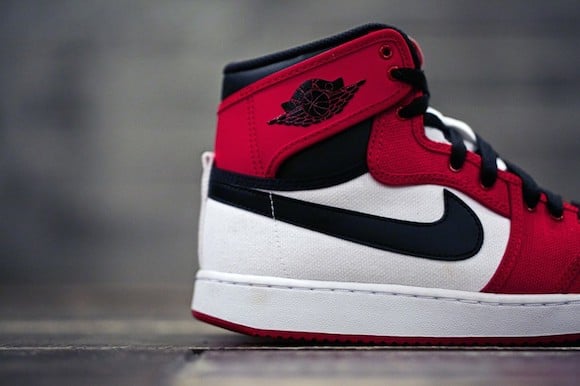 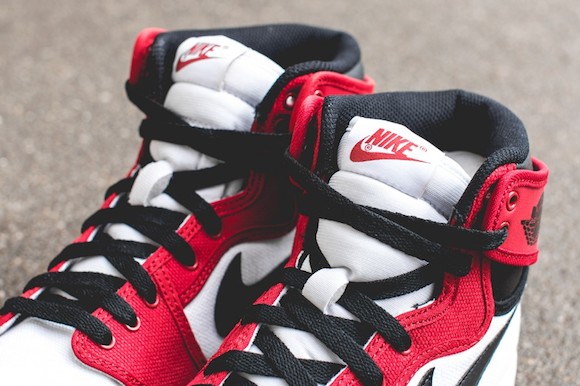