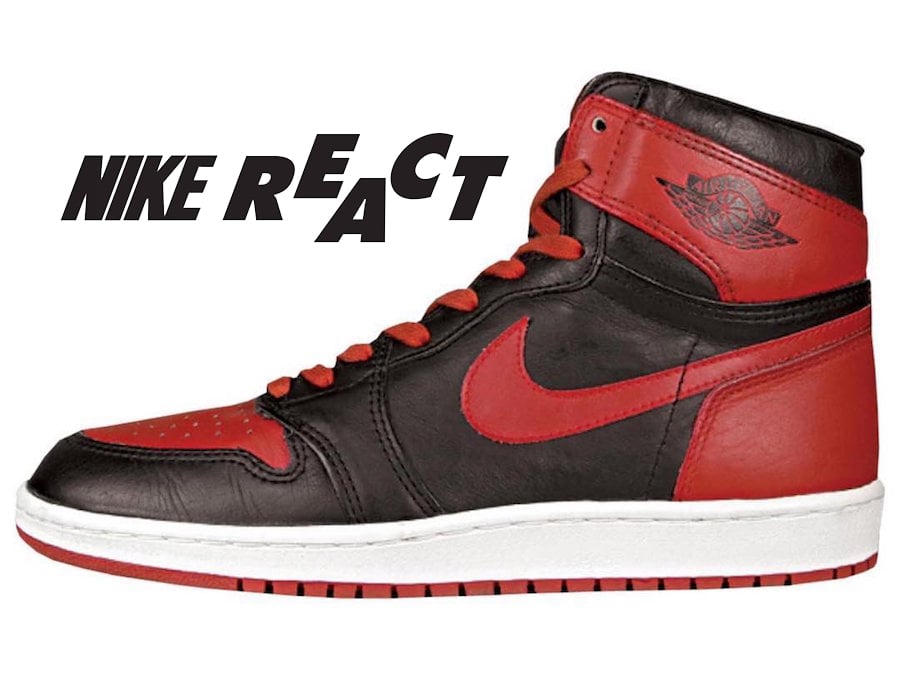 The Air Jordan 1 ‘Bred’ is rumored to release with a huge upgrade this year. Unlike the past releases it will feature React cushioning.

Some may remember when Jordan Brand released the Air Jordan 1 Alpha which used a different midsole. The Air Jordan 1 React ‘Bred’ will upgrade its technology for a more comfortable feel. It isn’t confirmed if the midsole will change, or if it will stay the same as the traditional Air Jordan 1.

As for the color blocking, it will resemble that of the ‘Bred’ aka ‘Banned’ Air Jordan 1 which will include the original Wings and Nike Air branding.

Currently a set release date for the ‘Bred’ Air Jordan 1 React has yet to be announced, however they will release sometime later this year. This will also be a quick strike release, which means it will be limited. Once more information is available we will make sure to update.