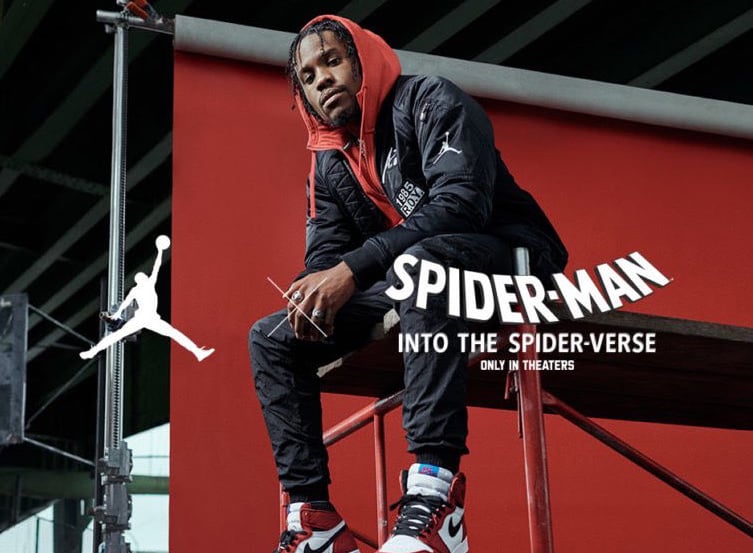 Jordan Brand will release a Spider-Man inspired Air Jordan 1 which is known as ‘Origin Story’. This Air Jordan 1 pays homage to Miles Morales who is wearing this pair in Marvel’s Spider-Man: Into the Spider-Verse movie.

This Air Jordan 1 comes dressed in a Gym Red, Black, White and Photo Blue color combination which reflects the Chicago release while also representing Spider-Man. As you can see the upper features a reflective textured overlay which is a tribute to Miles Morales costume. In addition it has a hint of Blue on the iridescent Nike Air branding on the tongue while an icy outsole completes the look.

For those that want a chance to buy the Air Jordan 1 Retro High OG ‘Origin Story’ early, they will release tomorrow, December 1st in LA at the Spider-Verse movie premier. Following a wider release will take place at select retailers including online at Nike.com on December 1st. Retail price is set at $160. Below you can check out more images for a closer look.

Update: The voice of Miles Morales who stars in the animated film, Spider-Man: Into the Spider-Verse. His real name is Shameik Moore who recently sat down with Jordan Brand for an interview. Before it took place, Jordan Brand hooked him up with his very own ‘Origin Story’ Air Jordan 1. If you would like to read the entire article, click here. 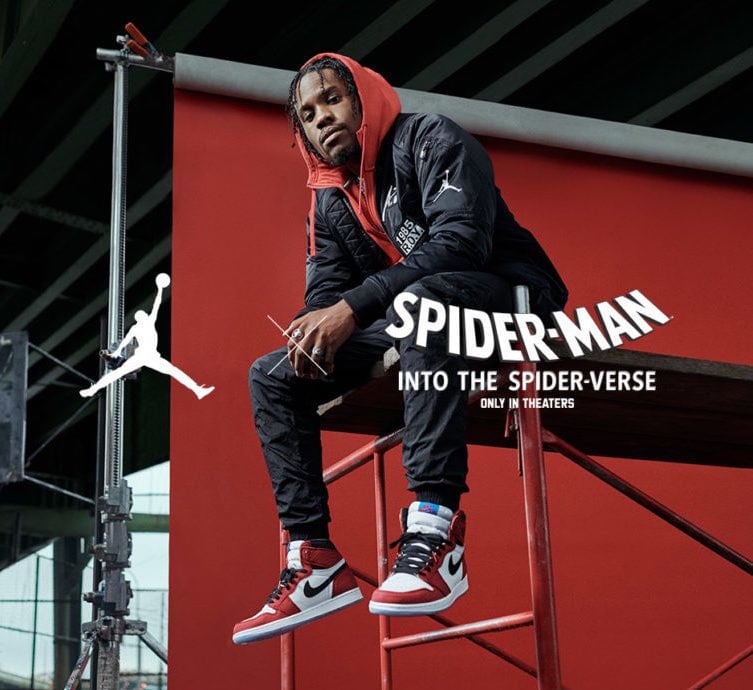 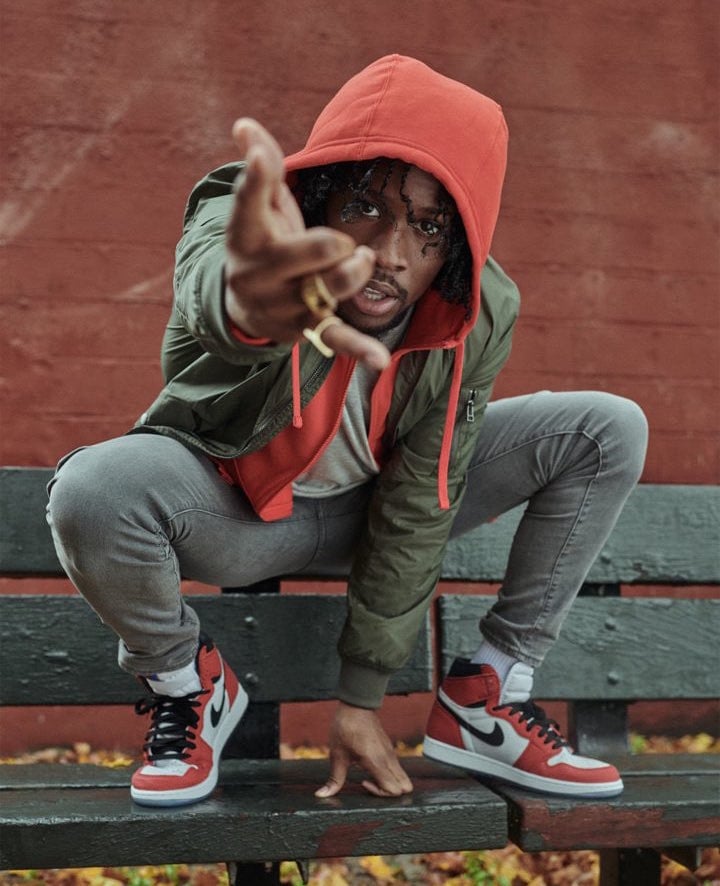 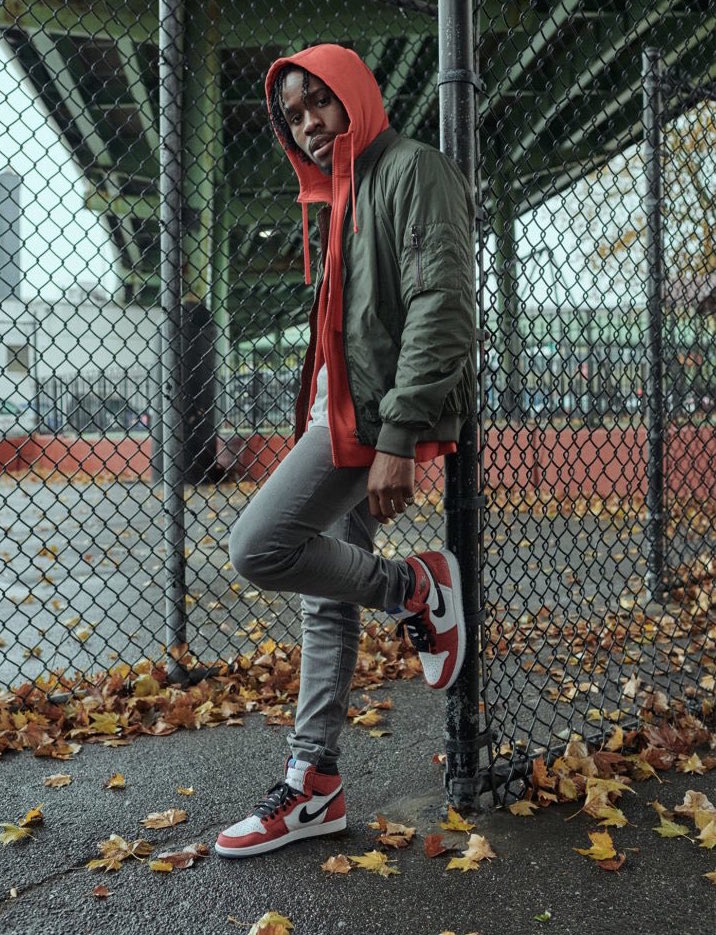 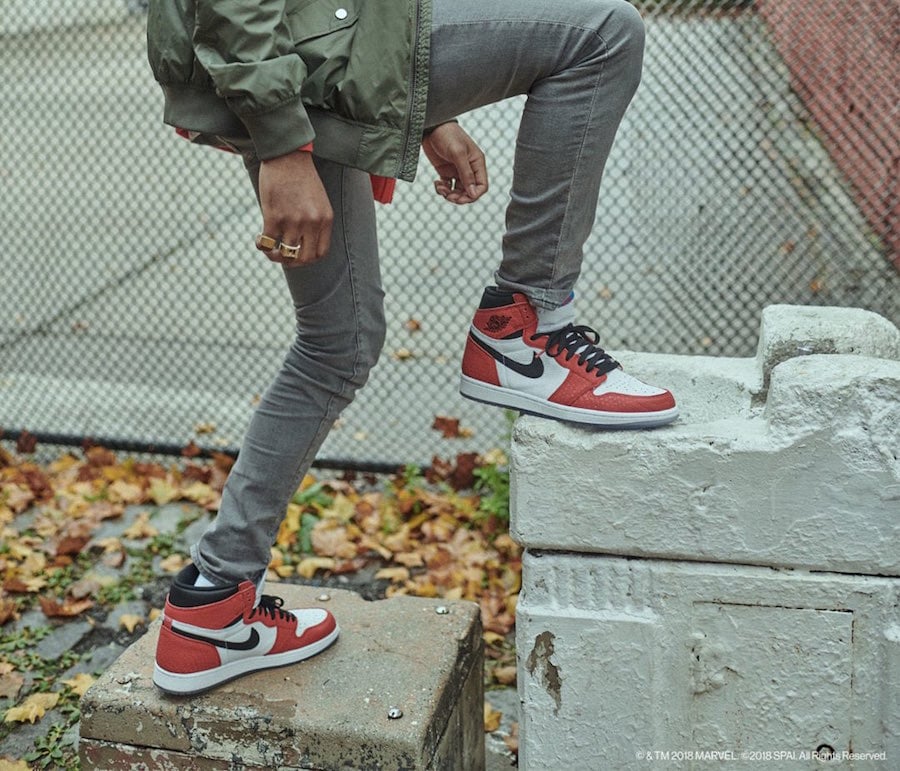 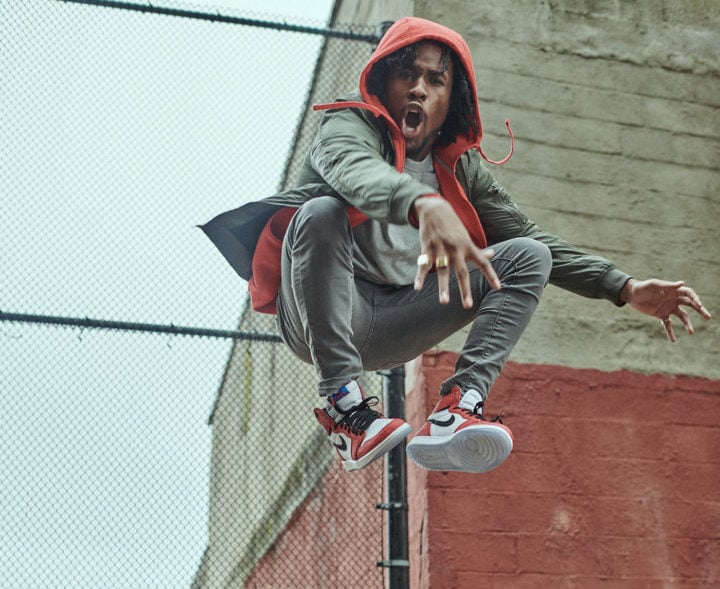 Update: Official images of the Spider-Verse inspired ‘Origin Story’ Air Jordan 1 has arrived. They will release on December 14th in full family sizing. 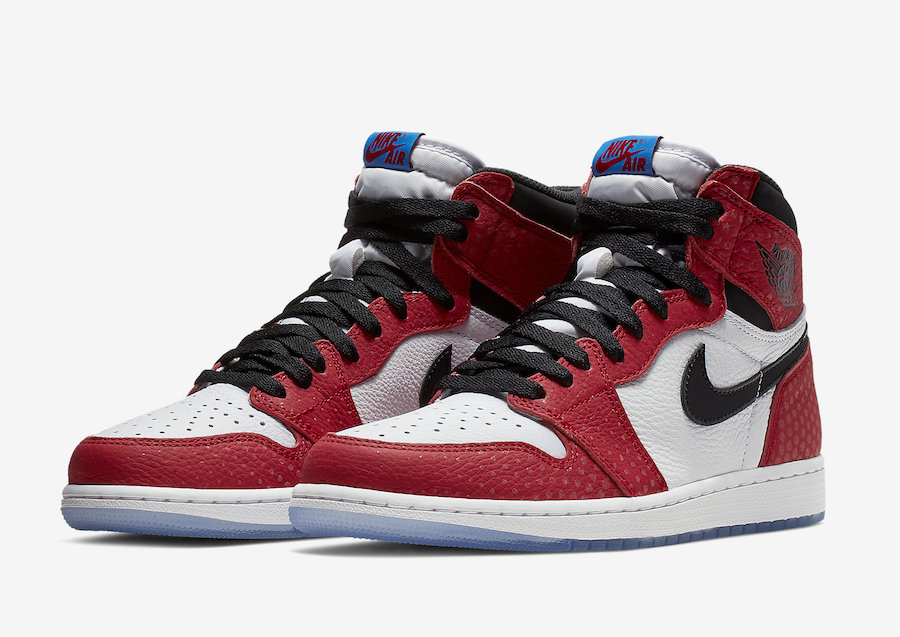 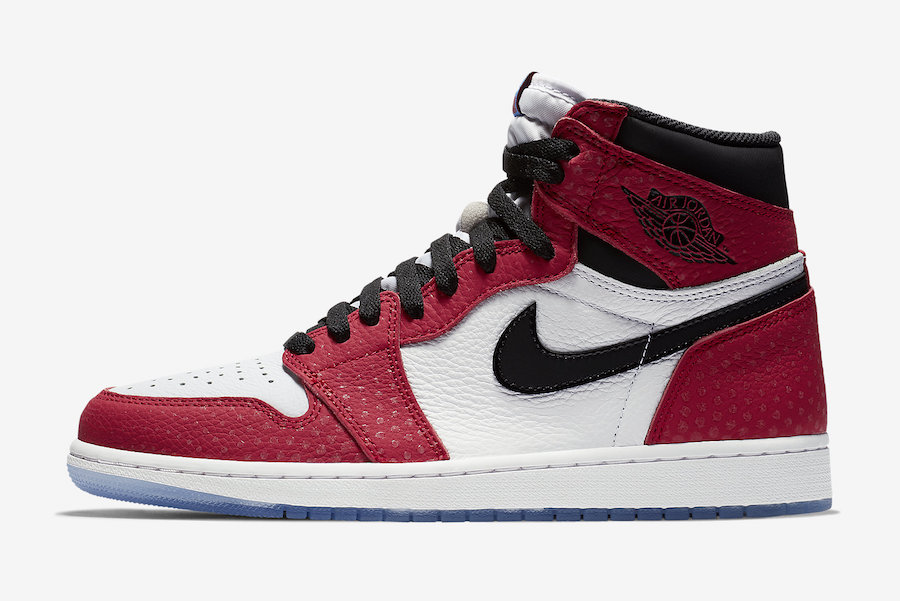 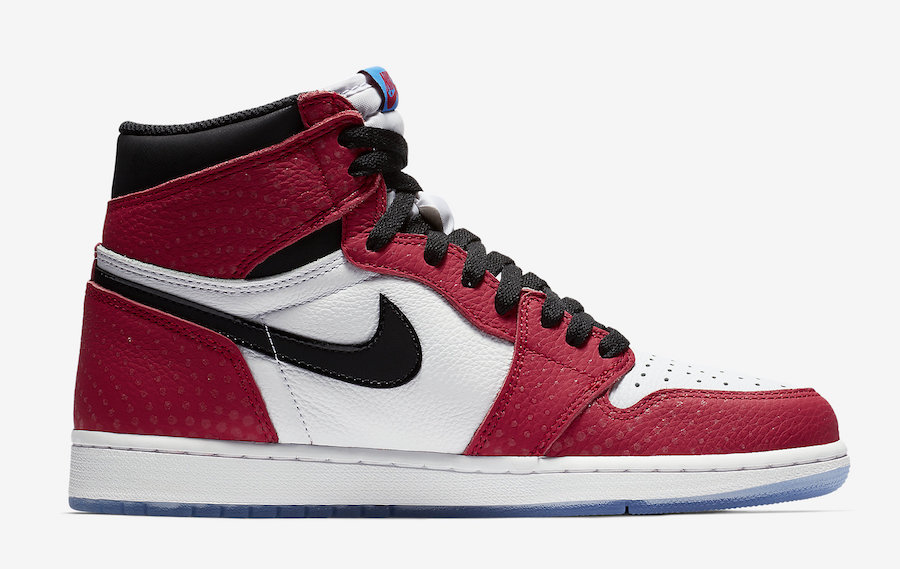 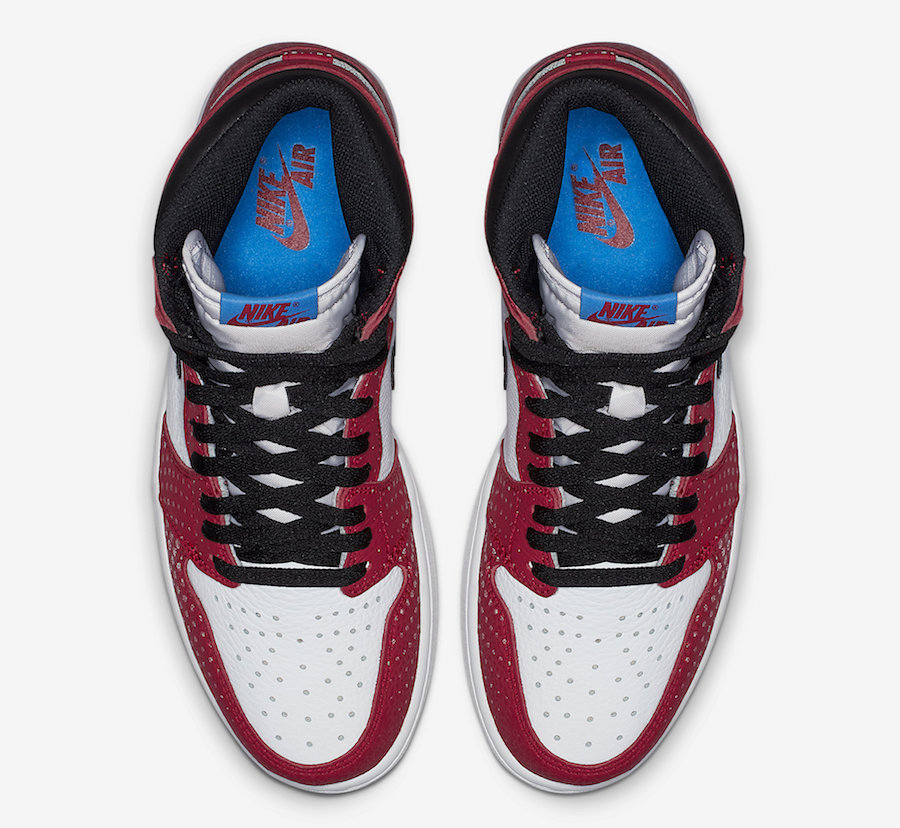 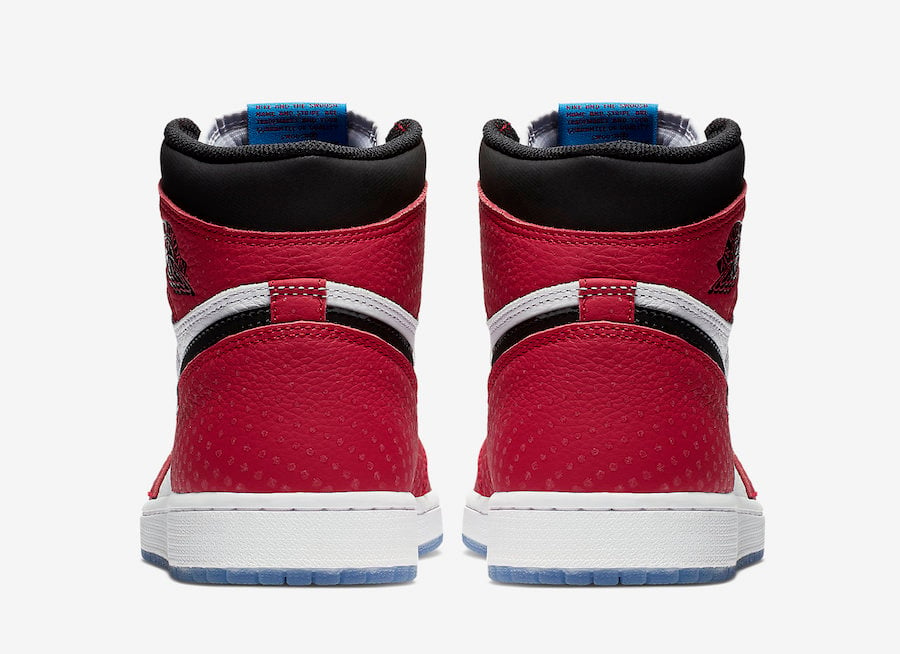 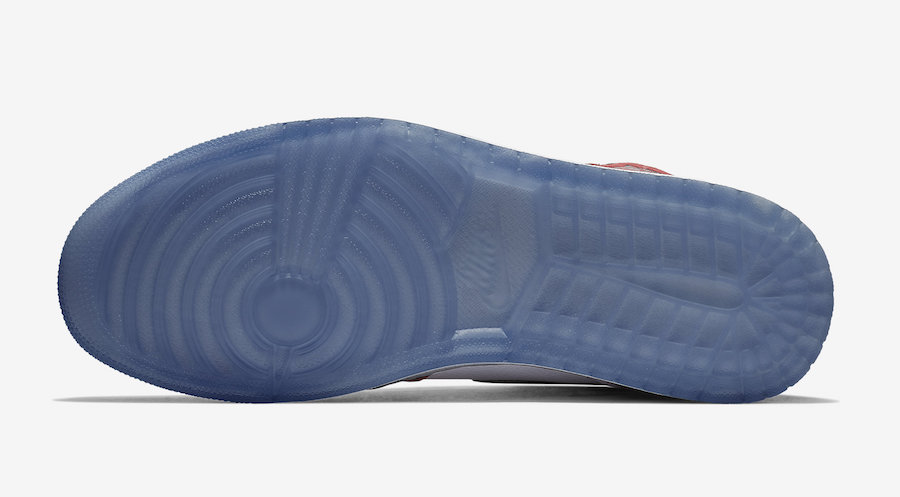 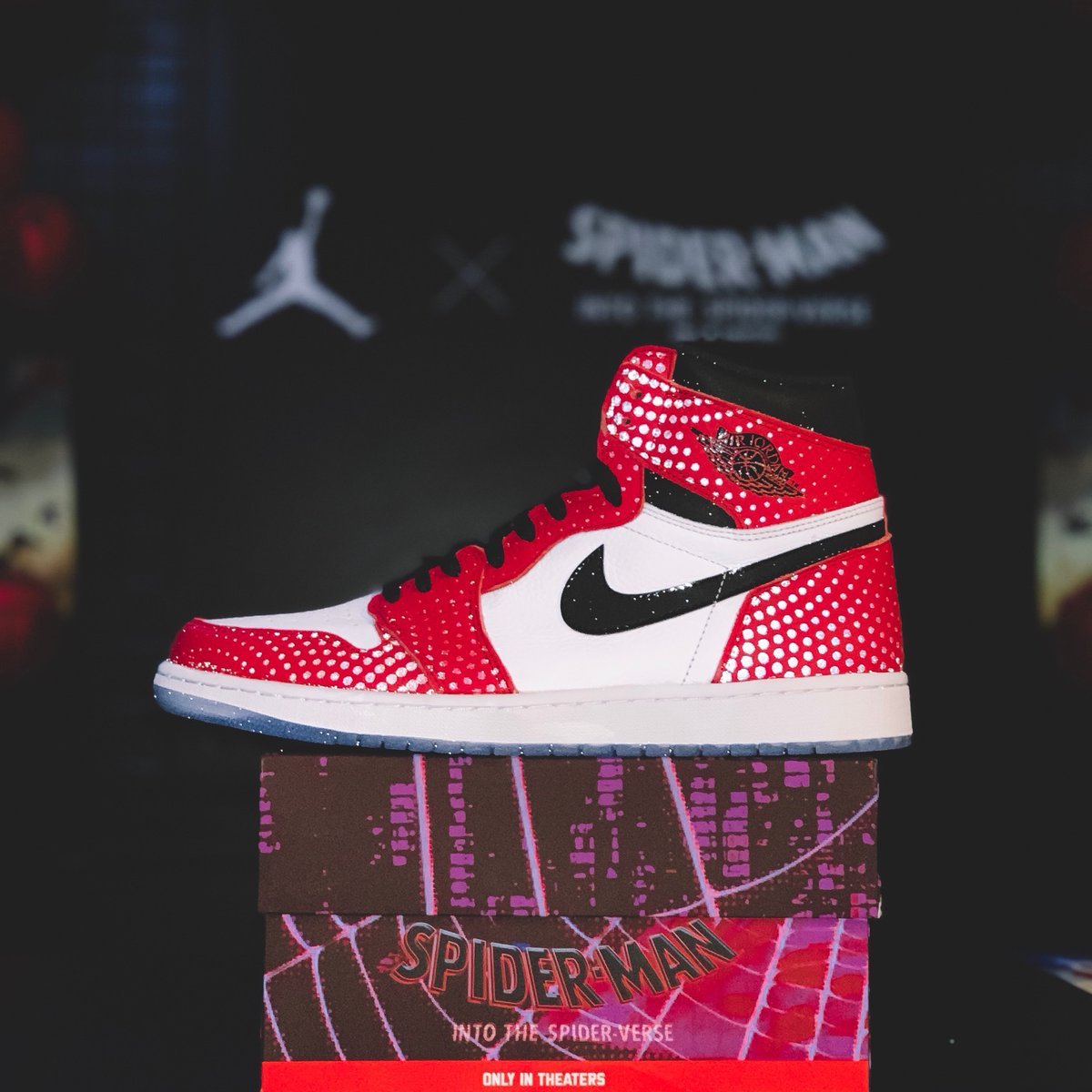 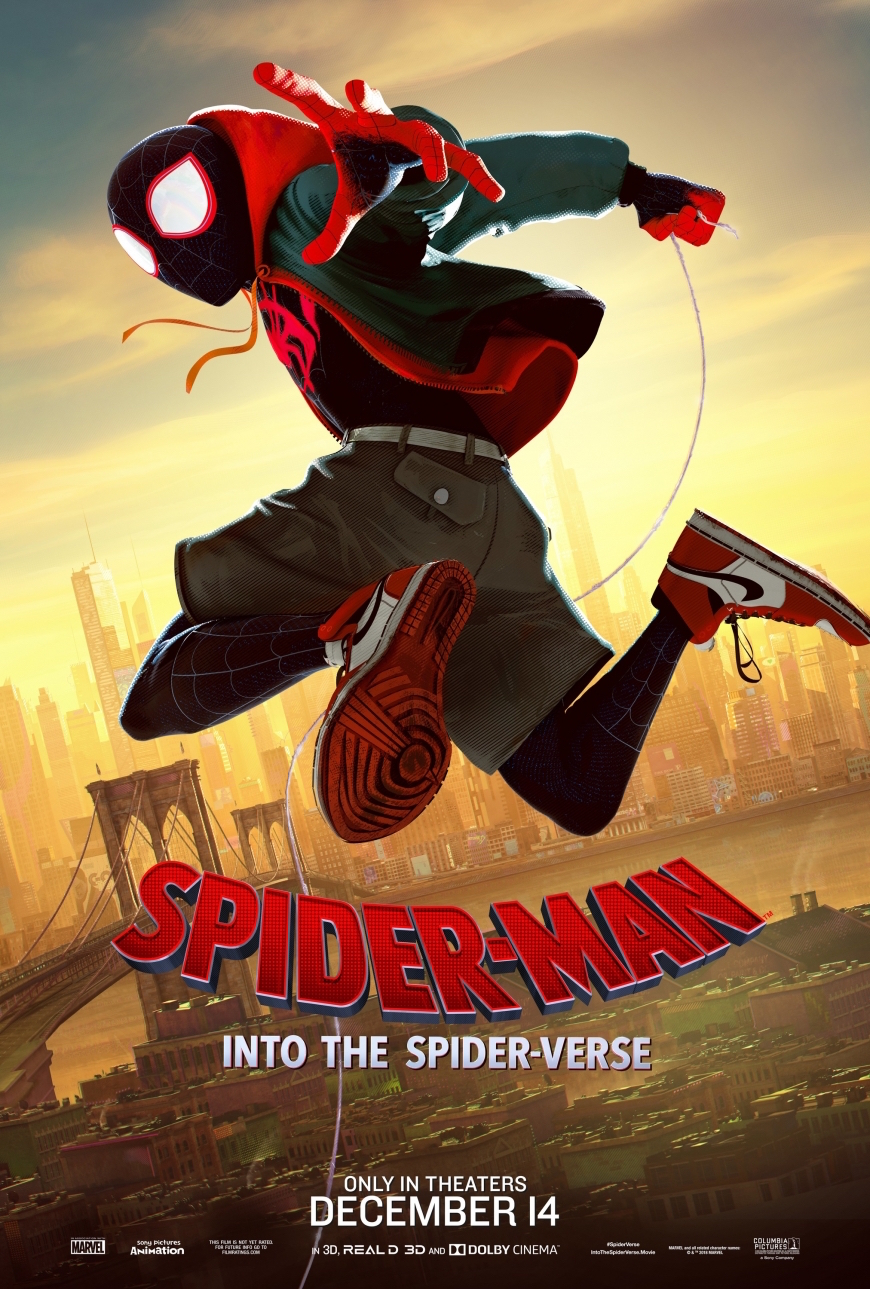 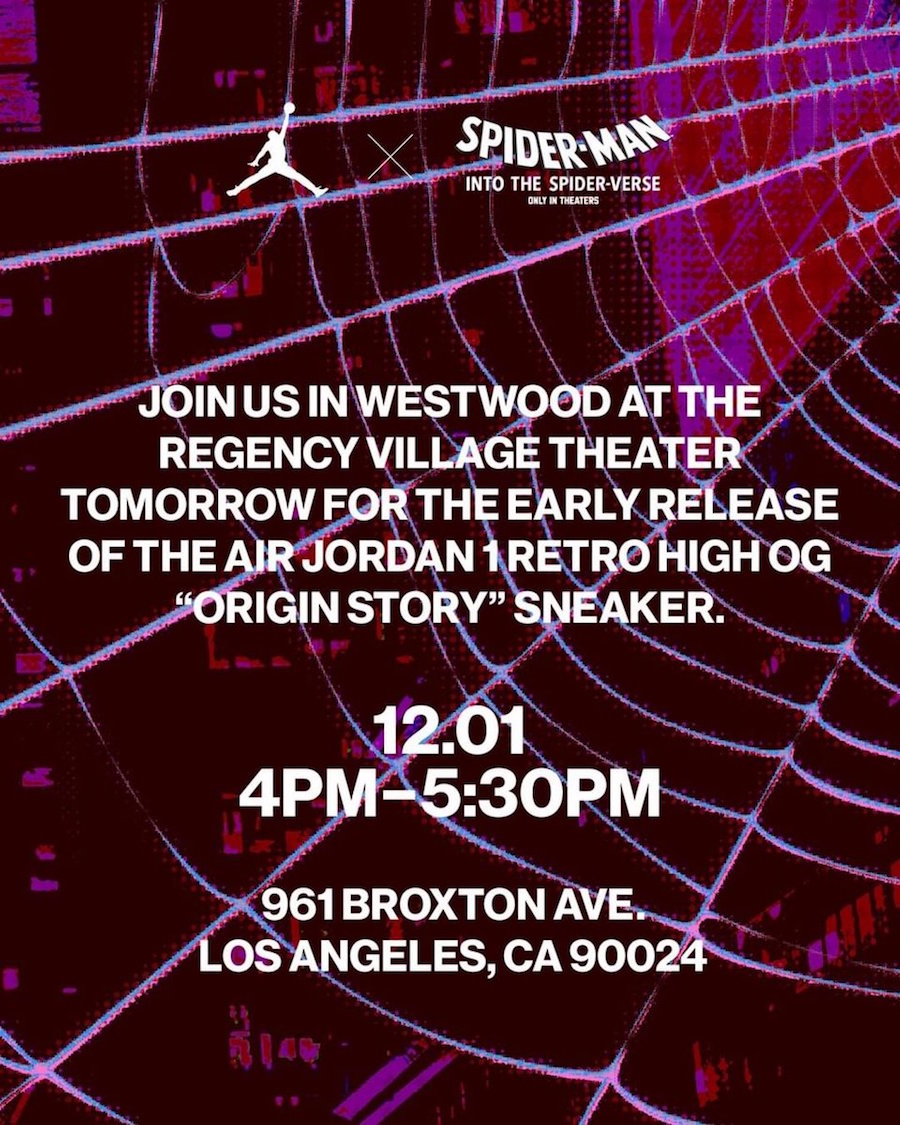