Inspired by the Legend Blue also known as Columbia Air Jordan 11, this Air Jordan 1 Mid will also drop but only at Finish Line stores.

You read that right, the Legend Blue Air Jordan 1 Mid is an exclusive to Finish Line. We have seen popular models release then the AJ1 receives the same treatment. It’s like if you missed out on the main drop, this is your constellation prize.

Featuring a predominate white upper, legend blue accents the swoosh, branding and sole. Just a bit of black lands on the liner. 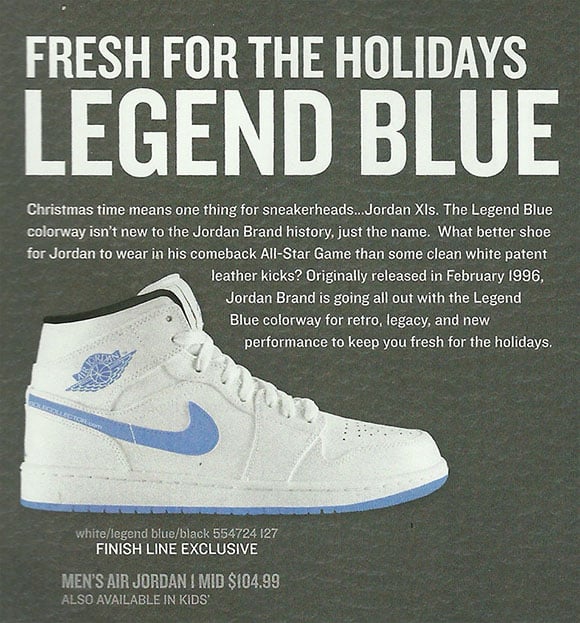