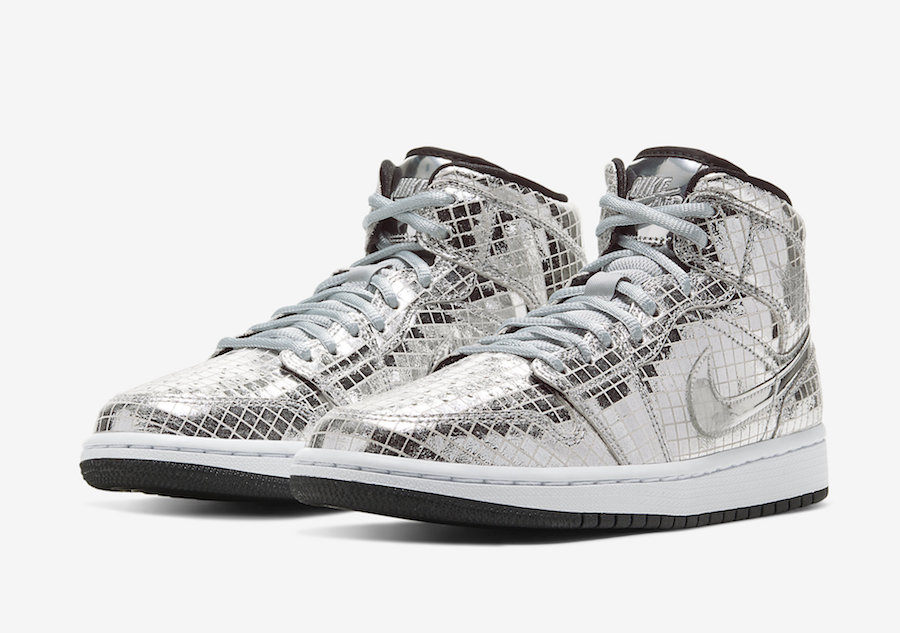 This mid-top edition of the Air Jordan 1 comes with a 1970s disco theme and will bring you back to the nightlife during that decade. Featuring a mirrored square-cut upper to resemble that of a disco ball. In addition we have Silver laces and mesh on the tongue. Following we have a Oscar inspired trophy on the insole with Red velvet while Black velvet covers the liner. This pair could also be inspired by the 92nd Academy Awards that will take place on February 9th.

Below you can check out more images of the Air Jordan 1 Mid ‘Disco Ball’ which will give you a closer look. A release will take place at select retailers including Nike.com on February 1st. Retail price is set at $125. 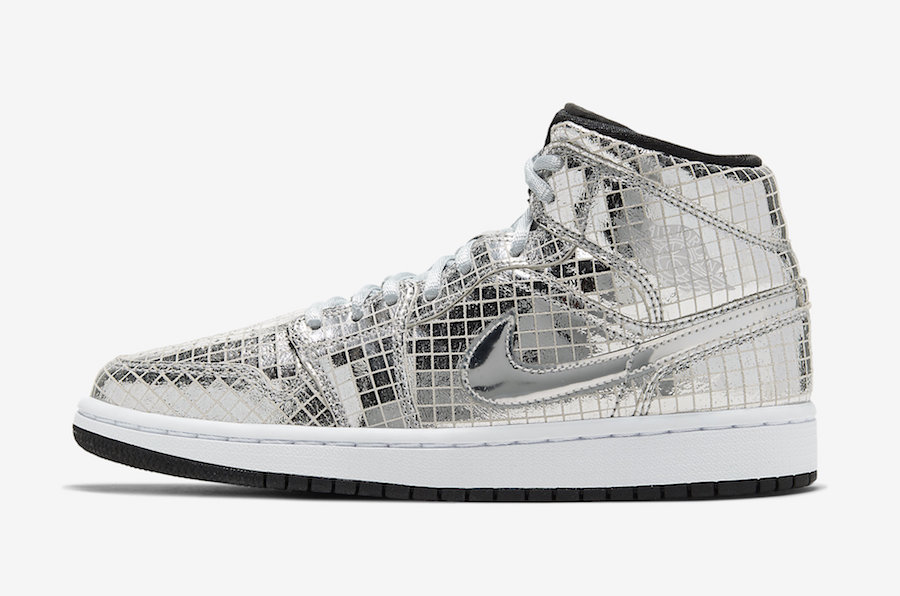 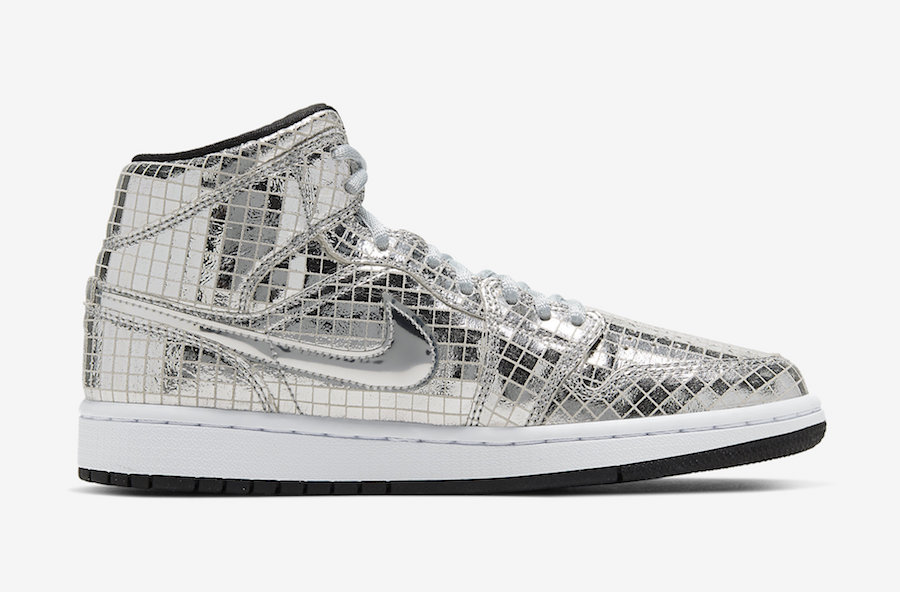 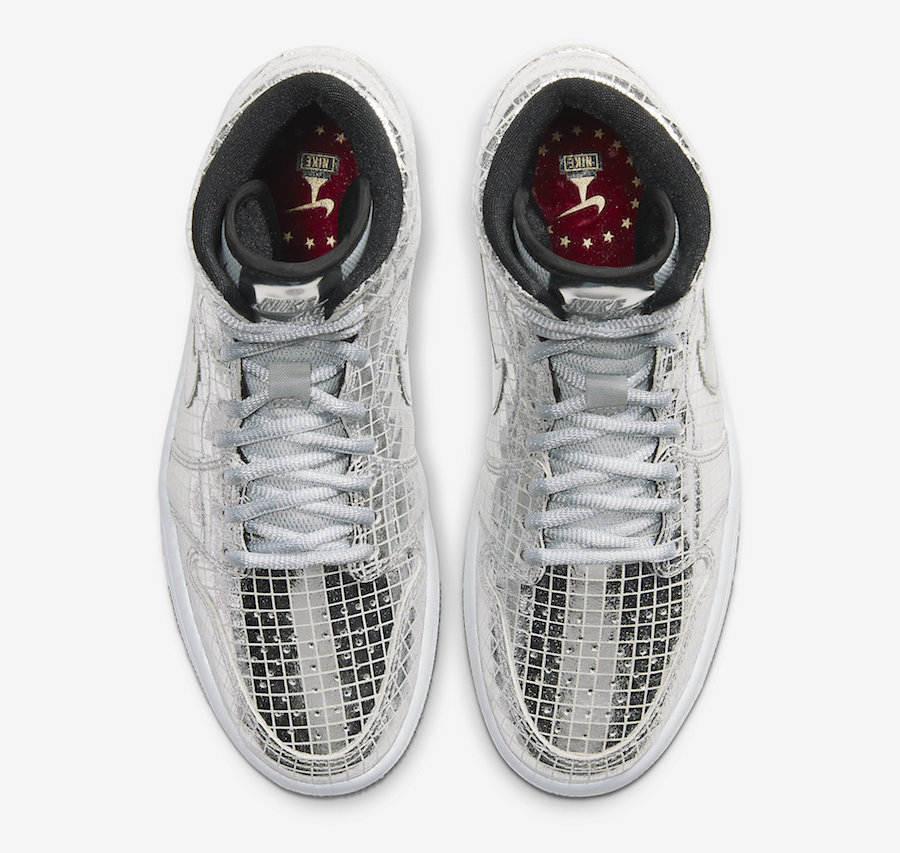 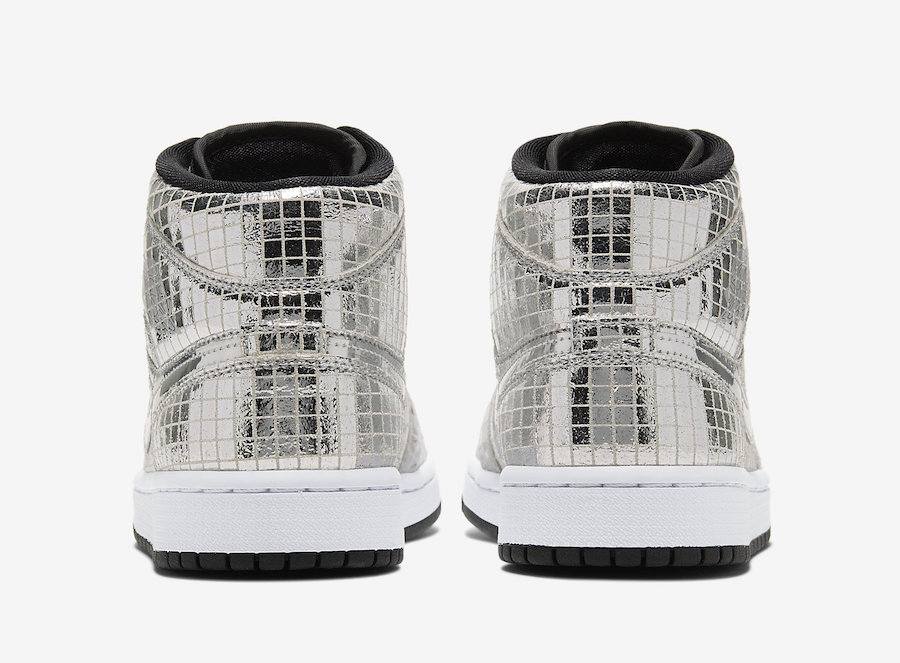 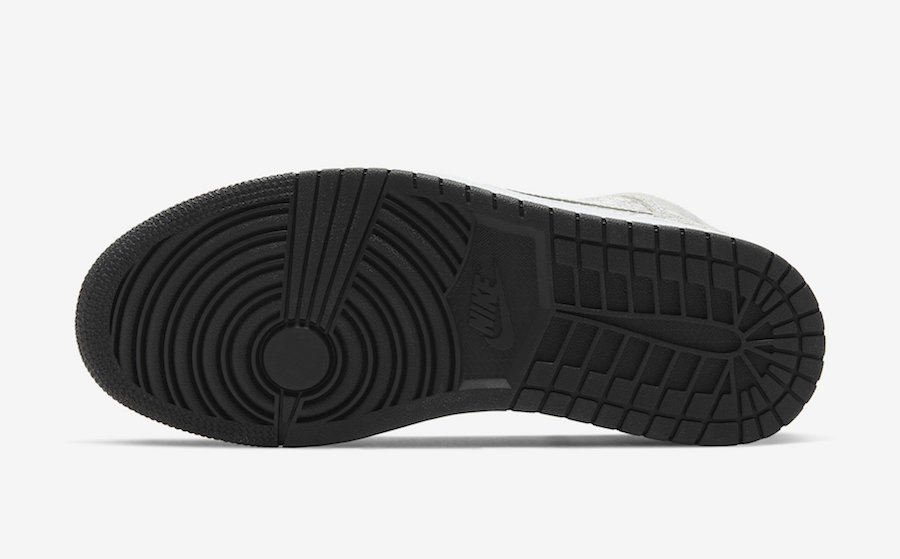 Update 12/23: Official images of the ‘Disco Ball’ Air Jordan 1 Mid has arrived which is expected to launch soon. Via US11. 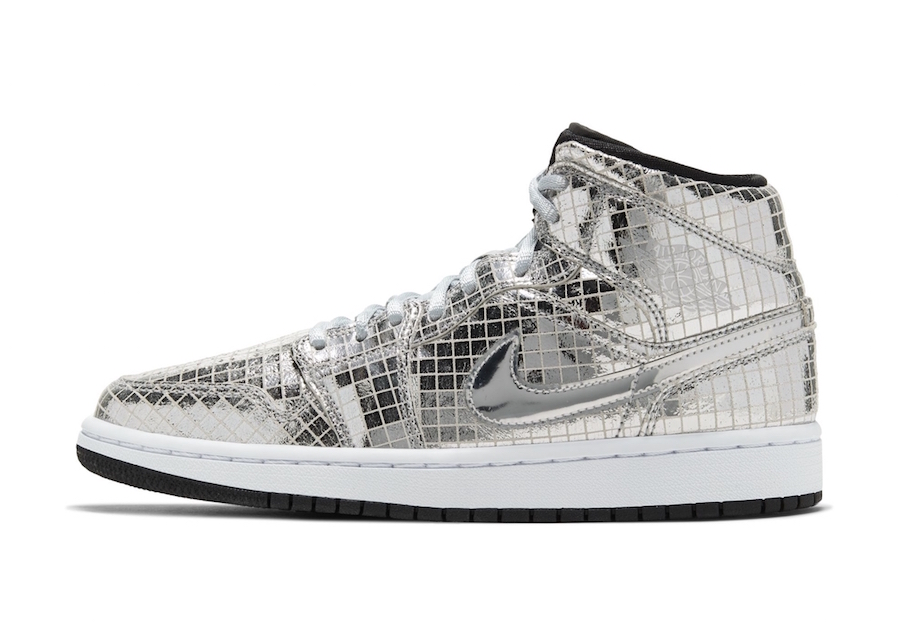 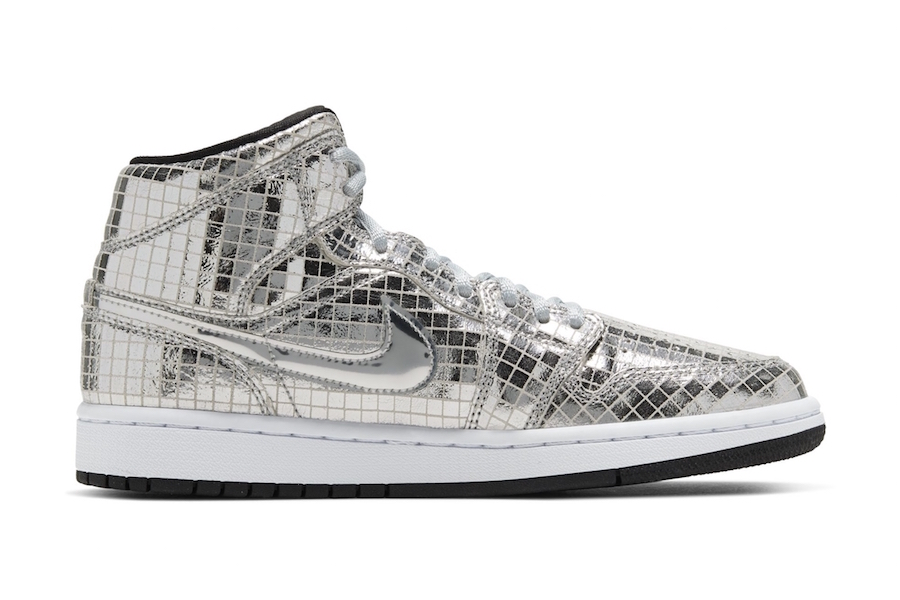 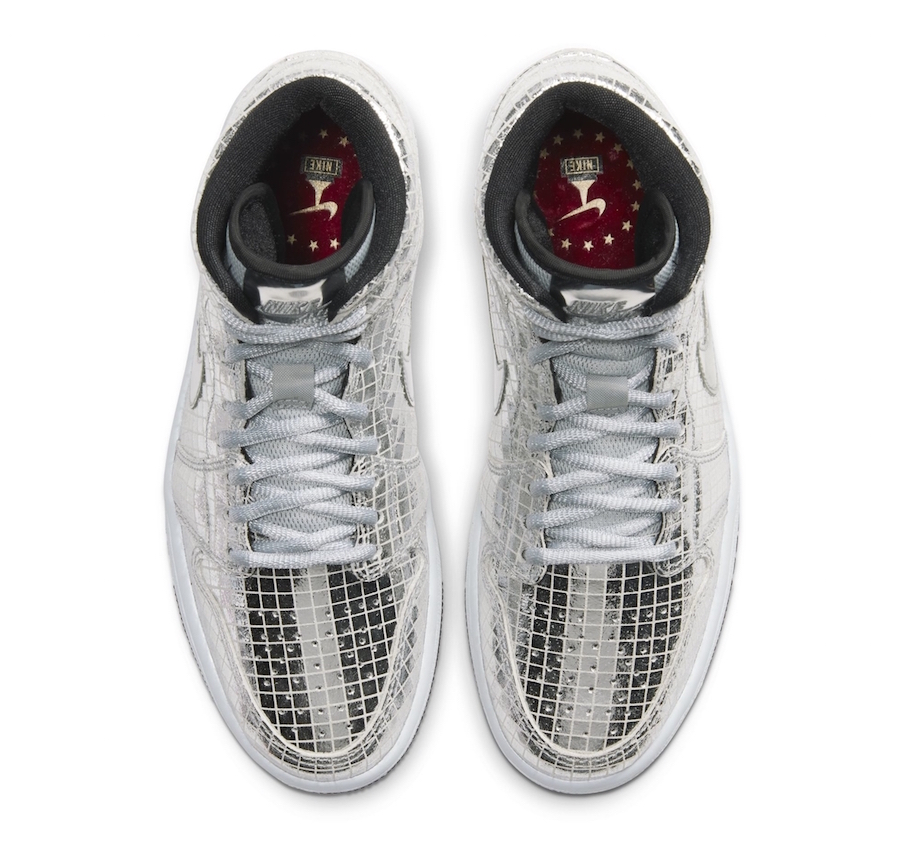 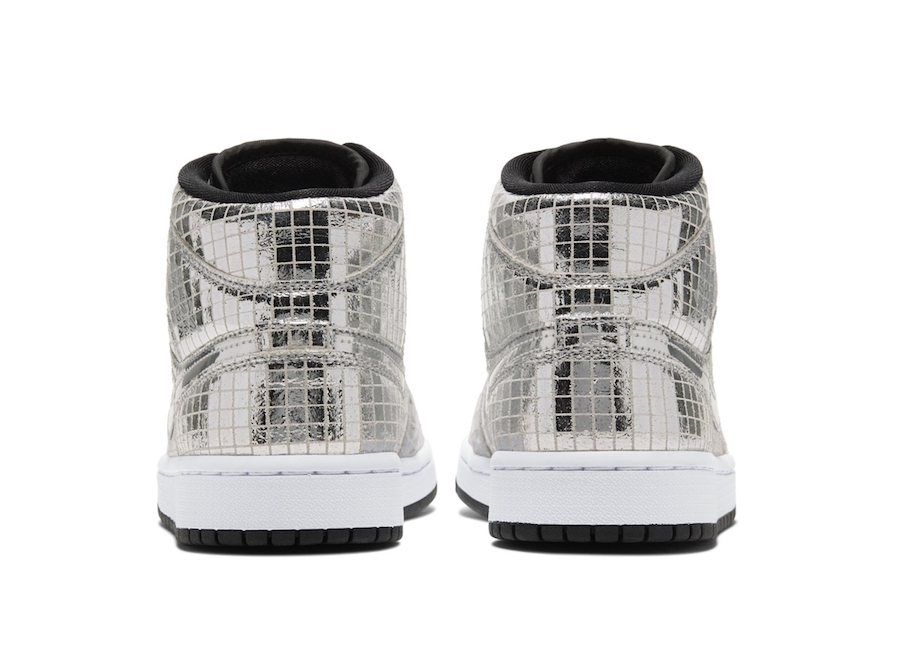 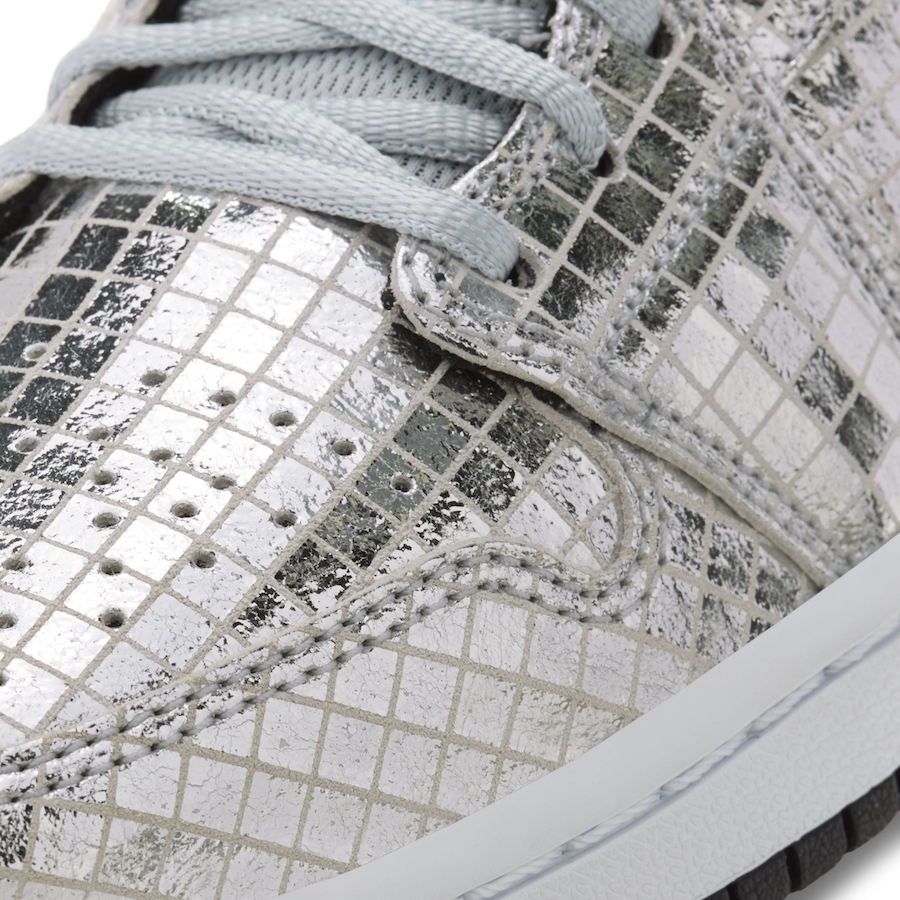 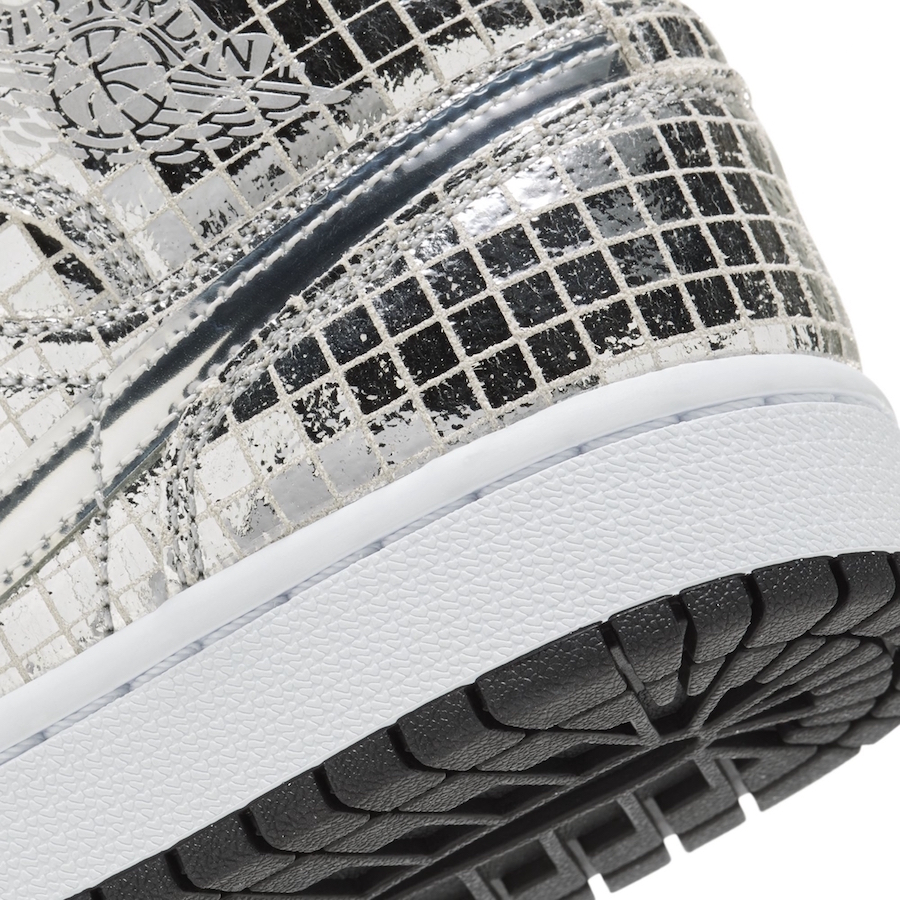