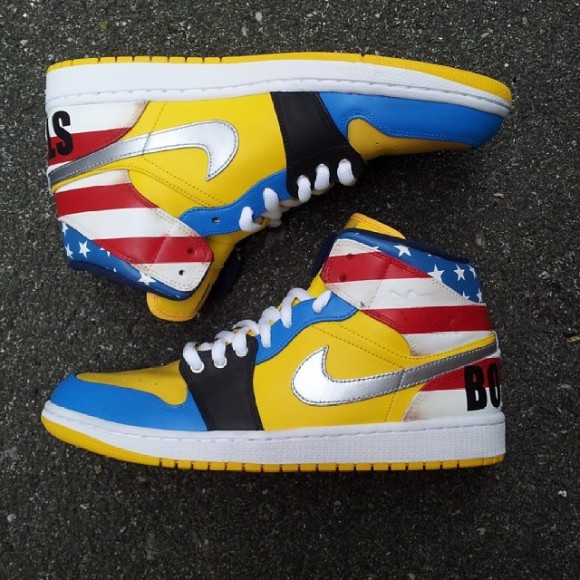 Yesterday, April 15th, marked the anniversary of the bombings that occurred during last year’s Boston Marathon. Along the marathon route, people gathered to lay wreaths dedicated to those who lost their lives in the horrific events. To commemorate the unfortunate events, sneaker artist Sab One has created a patriotic themed pair of shoes that will be auctioned off to help raise money for the Boston One Fund. The “Boston Strong” Air Jordan 1 shoes are yellow and sky blue on the uppers, with patriotic Stars and Stripes decorating the rear. The base of the shoes are predominately yellow, with blue leather creating the toe caps and the lace holes. Special features of this shoe are the metallic silver Nike Swoosh on the midfoot, and the large “BOSTON STRONG” landing on the heel guards of the shoes. Bombing survivor, JP Norden debuted the shoes during the first Legs for Life Walk, honoring victims of last year’s tragic occurrences. Check out close ups of these kicks below, and head over to the Boston Strong AJ1 eBay page to make a bid on them! 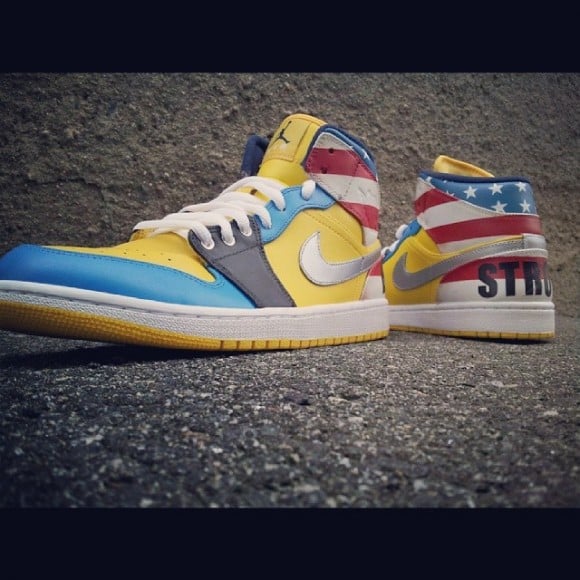 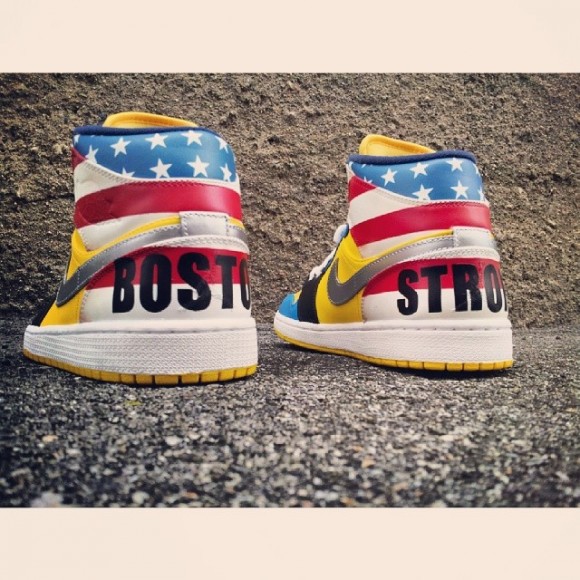 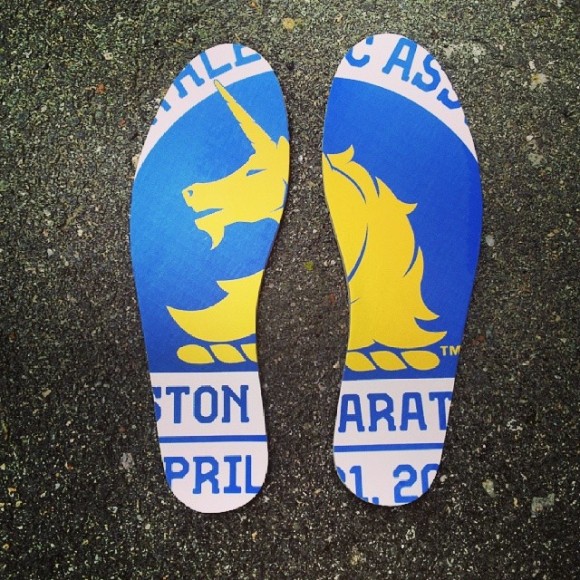 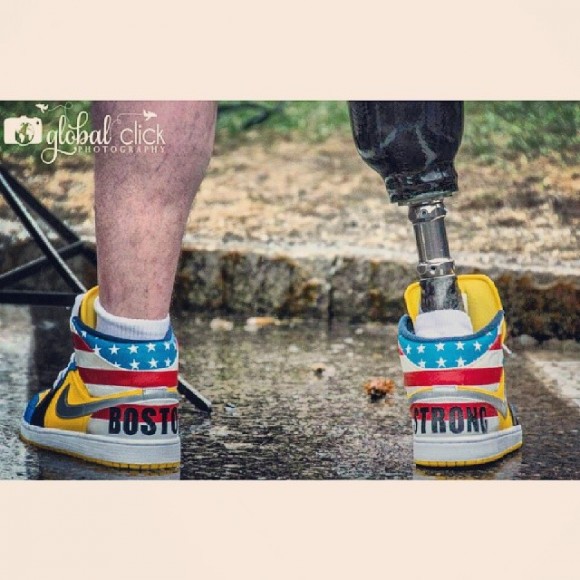