HomeAir JordanAir Jordan 1 "What The 1's" Customs by Boog Customs

Air Jordan 1 “What The 1’s” Customs by Boog Customs 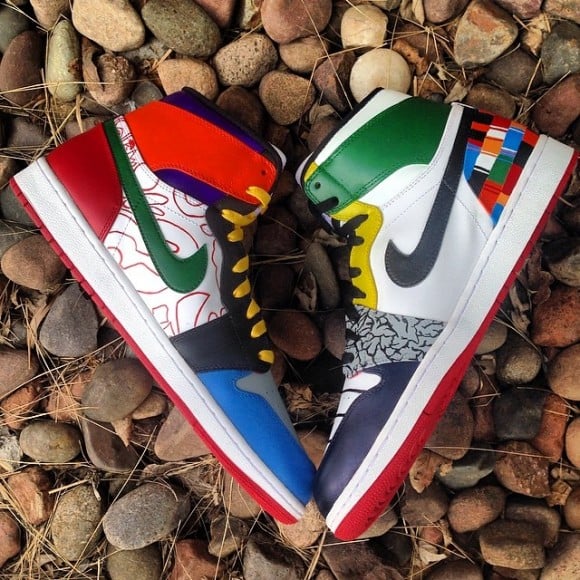 The “What The -” shoe releases coming from the Nike the past few months are starting to catch on big time with sneakerheads. The theme consists of a collage-like design of memorable sneaker colorways, usually coming in the form of an eye-grabbing sneaker with panels dedicated to classic model features, on the uppers. Milwaukee-based sneaker artist, Boog Customs, has decided to take on his own “What The -” custom project, using the notorious AJ1 as his canvas of choice. The Air Jordan 1 “What The 1’s” customs by Boog Customs bring together paneling on the uppers, each derived from a past colorway of the Air Jordan 1. The “What The 1’s” see panel swatches inspired by well-known colorways of the AJ1, including metallic gold Nike Swooshes of the Patent Black / Metallic Gold colorway that dropped last year, to the plethora of flags that dominate the AJ1 Road to the Gold “D.C.” kicks. Even the pinstripes from the AJ1 Retro “Barons” Home Edition make an appearance. If an AJ1 “What The -” themed kicks were going to come out, Nike should just go ahead and work out a deal with Boog Customs! These customs are amazing, and murder the theme to bits. Check out some more shots of the AJ1 “What The 1’s” customs below, and let us know what you think! 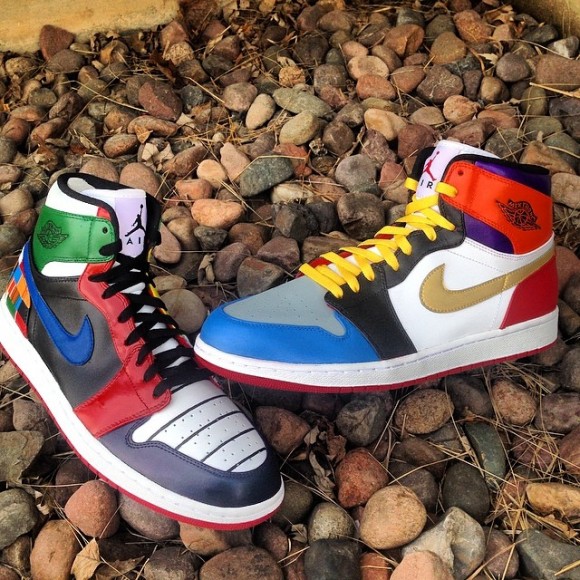 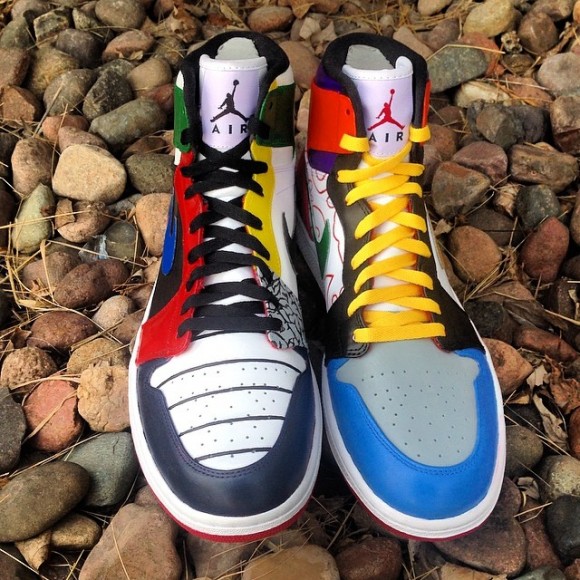 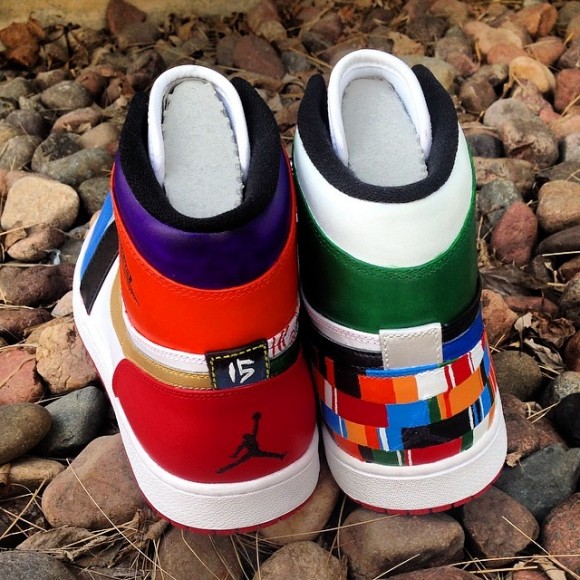 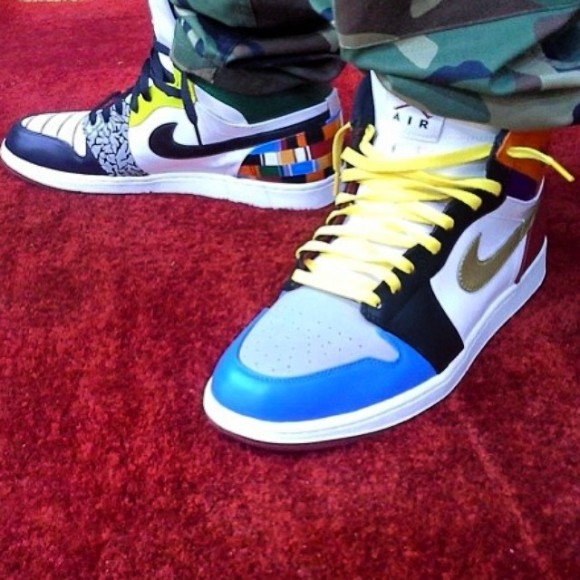