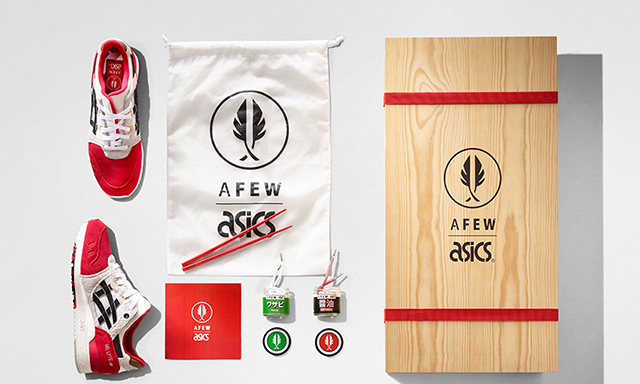 Afew has connected with Asics once again to celebrate the 25th anniversary of the Gel Lyte III. Back in 2012, the two collaborated on the same model and released a pair known as ‘Koi Klub’. The same pair is being brought back with a few minor changes. Not only do they have the sneakers coming, but matching clothing and a wooden box. For those planning on copping, we have the release date for you.

The only difference with the 2015 and 2012 Afew x Asics Gel Lyte III Koi Klub is the font used for Afew’s logo. Other than that red, black and white stream through the uppers. Coming with each pair is a wooden box that was inspired by Japanese Bento Box’s. Two sets of laces representing wasabi and soy sauce with chopsticks by both Asics and Afew.

The collection will also feature 3 shirts, with one being brand new for the collaboration. The Asics Gel Lyte III ‘Koi Klub’ by Afew will release on May 30th in-store with any leftover pairs being sold on their website. 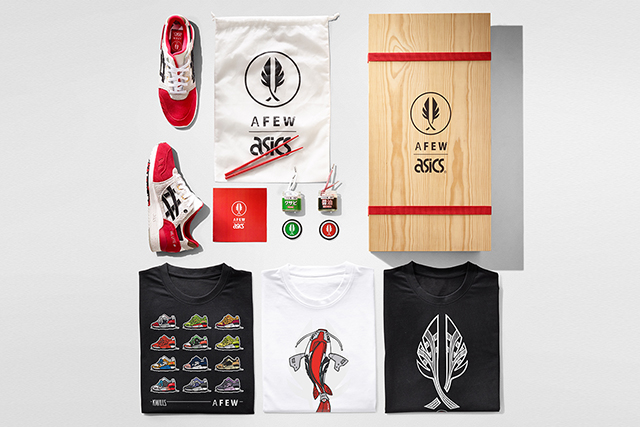