Here’s a look at the latest Adidas package which consists of two pairs of ZX700’s. Each model features a similar pattern seen on the toe box to the heel on the Blue version and only at the heel of the Beige version. Not much has been said regarding the new ZX700’s, however it has been reported that these will be exclusively sold in the United States and is now available at Fuctcard. 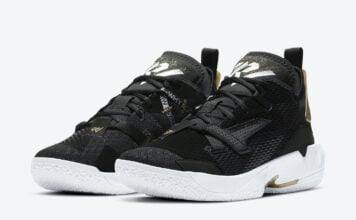