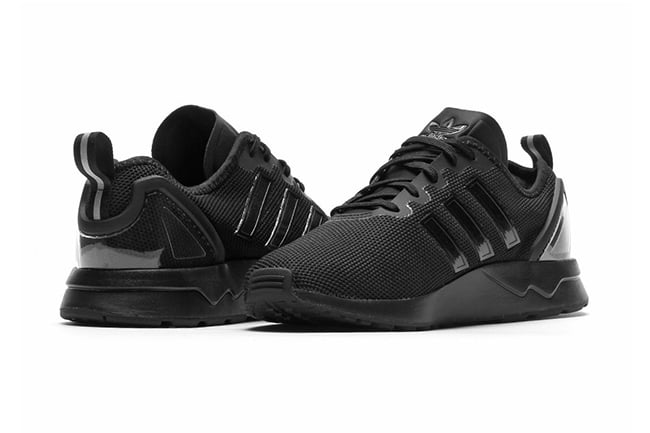 A Racer version of the popular adidas ZX Flux is now starting to show up overseas. While most are releasing lighter shade themes, the adidas ZX Flux Racer shown is covered in ‘Core Black’ which is a nice change of pace.

Through the uppers is the use of mesh which is completely covered in Black. For a bit of contrast, shiny Black material is used across the three stripes branding which is paired nicely with a transparent heel counter. A bit of silver is applied to the heel tab which can easily go unnoticed. Completing the look is Black used once again through the midsole and laces.

Keep on scrolling to get a closer look at the adidas ZX Flux Racer ‘Core Black’. As mentioned, they are now starting to arrive at overseas adidas Originals retailers like INFLAMMABLE. Retail price is €99.95 which comes out to be about $113 USD. 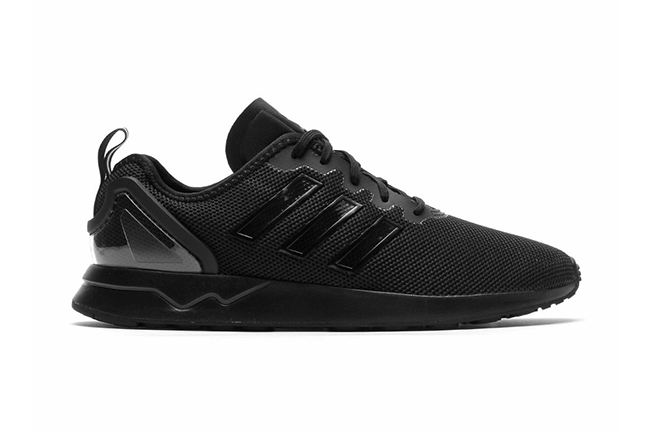 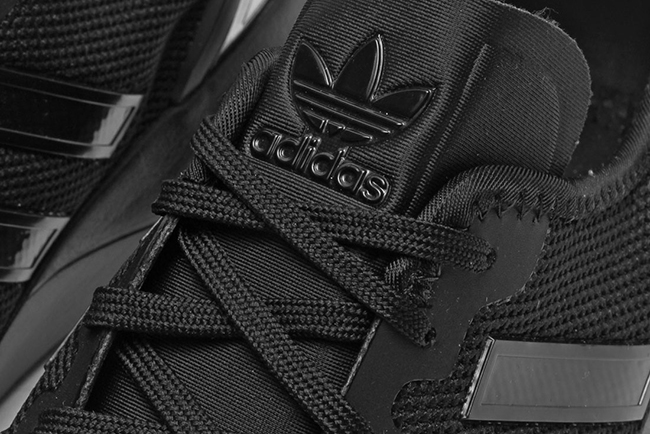 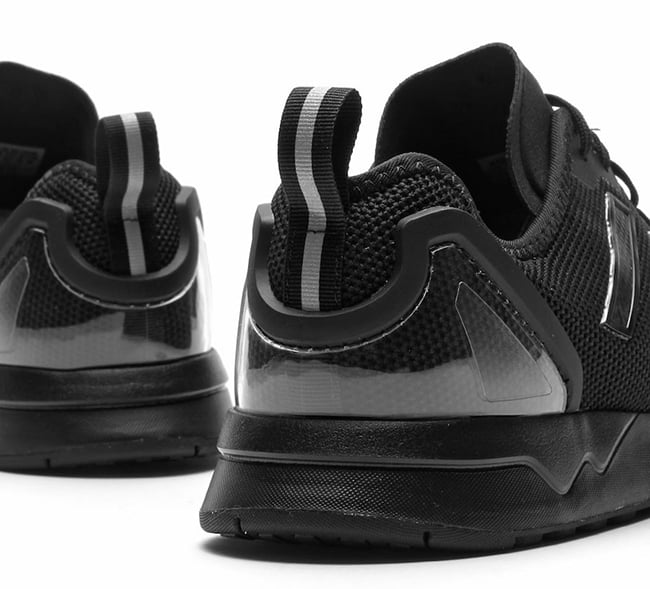