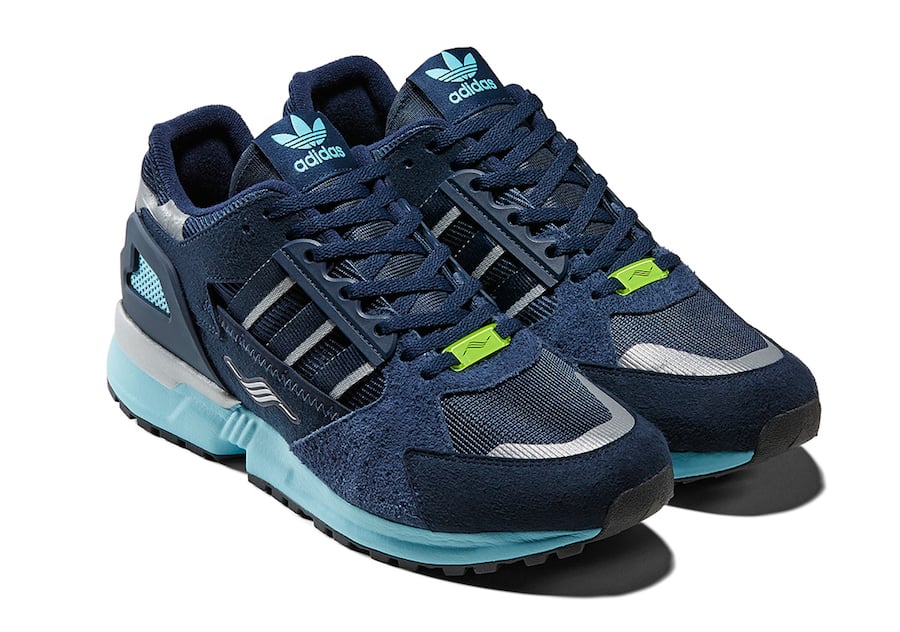 First released earlier this year, the ZX 10,000 C was created in close consultation with the original designer of the ZX range and Torsion technology, Jacques Chassaing.

Its latest iteration, as the subtly-changed name suggests, is the most explicit celebration yet of the man who created the original three decades ago.

As its name suggests, the latest version of the shoe, the 10,000 JC, puts Jacques Chassaing’s personal role front and center – most explicitly by adding his initials to the branding on the tongue. The dark navy uppers are crafted from a premium blend of suede leather and other natural/technical fabrications that reflect the understated colors and textures Jacqus Chassaing often wears. The toned-down aesthetic also allows the ahead-of-their-time technologies to take centre-stage. Mesh underlays are complimented by a webbed, Torsion-branded panel across the ever-iconic three stripes. A TPU support on the heel draws attention thanks to a flash of aqua blue – a color synonymous with the ZX series, and one that also appears to most eye-catching effect across the entirety of the 10,000 JC’s midsole.

You can expect the adidas Consortium ZX 10000 JC to release at select retailers and online at adidas.com on December 28th. Retail price is set at $150. More images can be seen below which will give you a closer look. 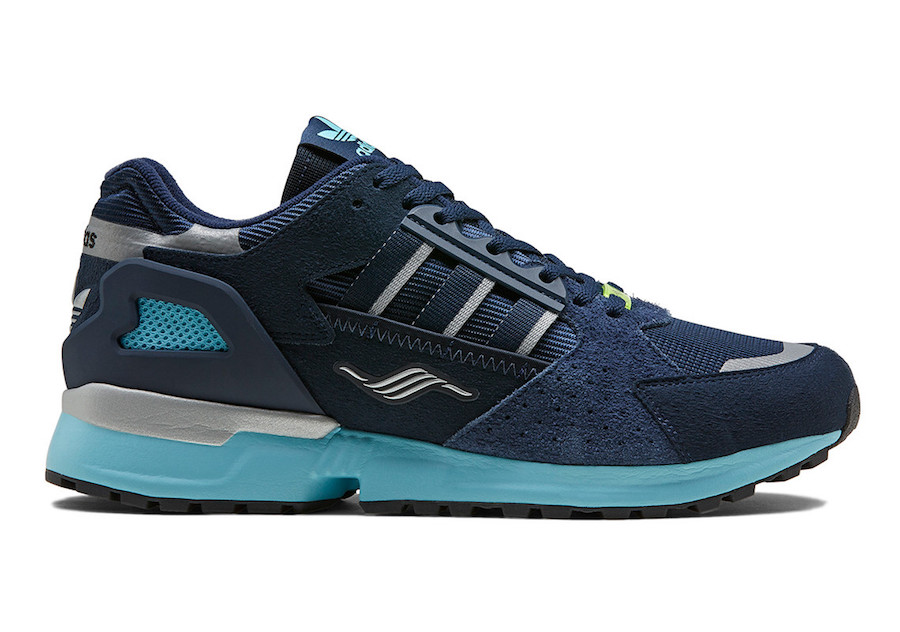 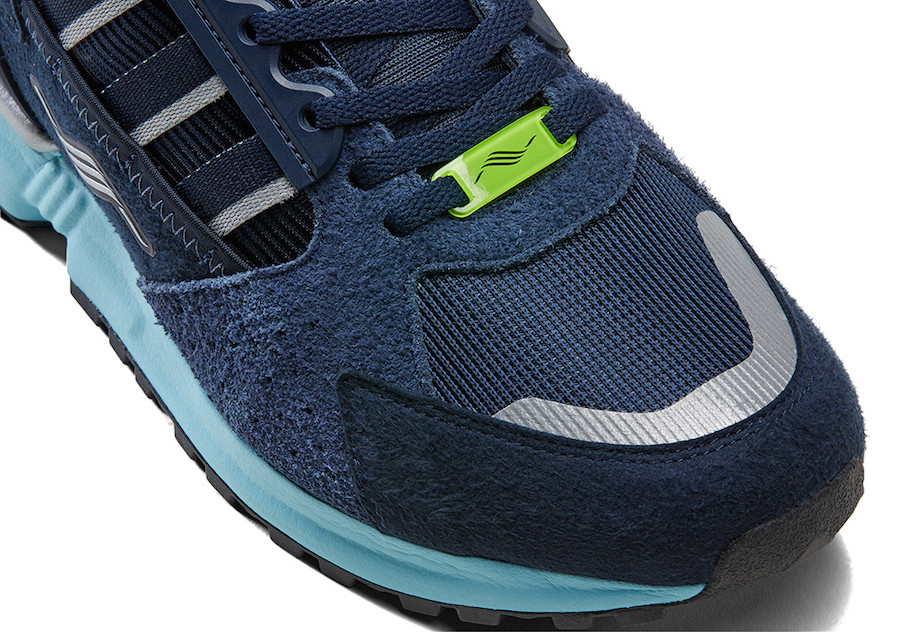 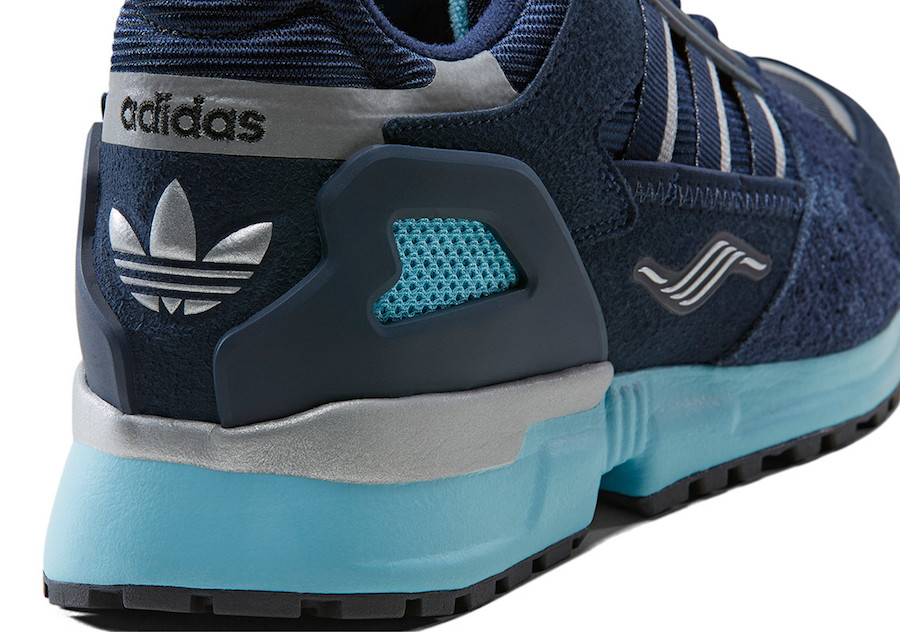 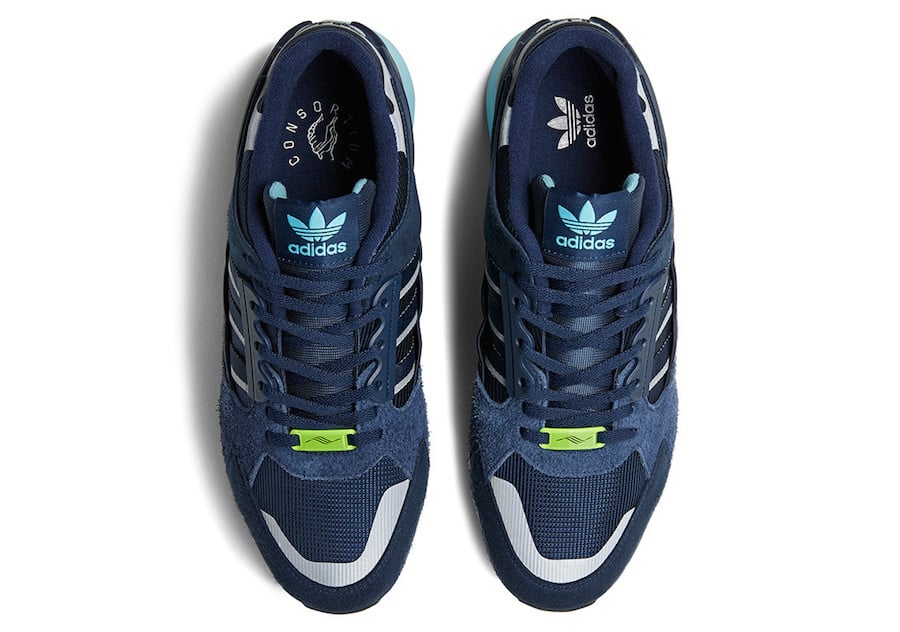 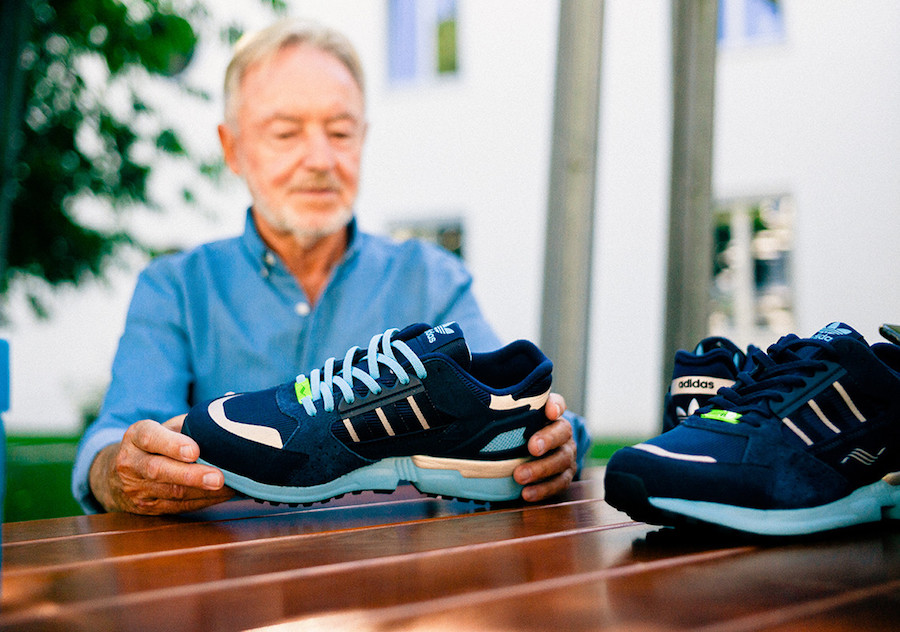