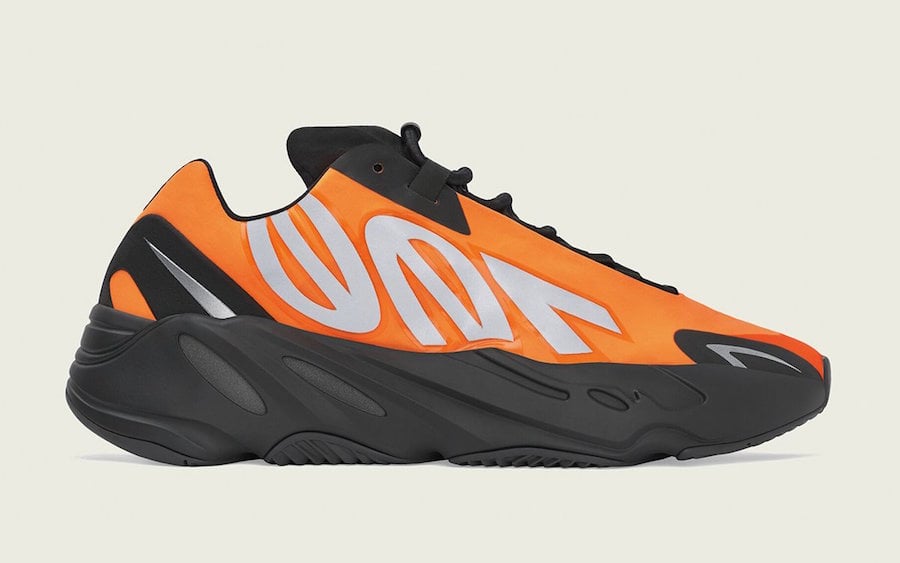 The adidas 700 MNVN Orange adds to the lineup of 700 releases which will debut during 2020 and is a new iteration to the line.

This adidas Yeezy Boost 700 features a shade of Orange throughout. Although images have yet to leak, the MNVN shade of Orange covers the upper while constructed with synthetic materials, different from the usual leather, suede and mesh. Other details includes 3M Reflective accents, a Cream shade on the rubber outsole and large 700 branding across the panels.

Expect the adidas 700 MNVN Orange to release at select retailers in Paris and Los Angeles on February 28th. Retail price is set at $220. Make sure to check back with us for more information.

Update 2/23: New release details for the Yeezy Boost 700 MNVN ‘Orange’. adidas has confirmed that this pair will release on February 28th in Los Angeles and Paris while another release will take place on March 28th in Shanghai. 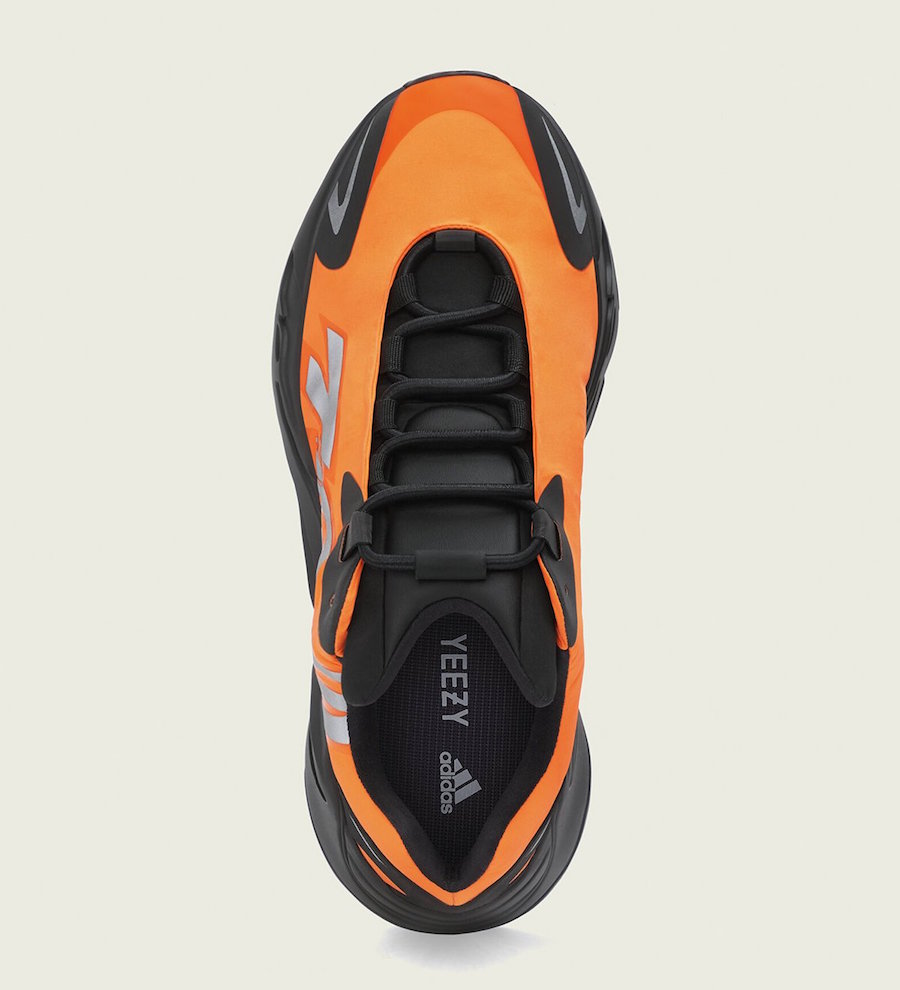 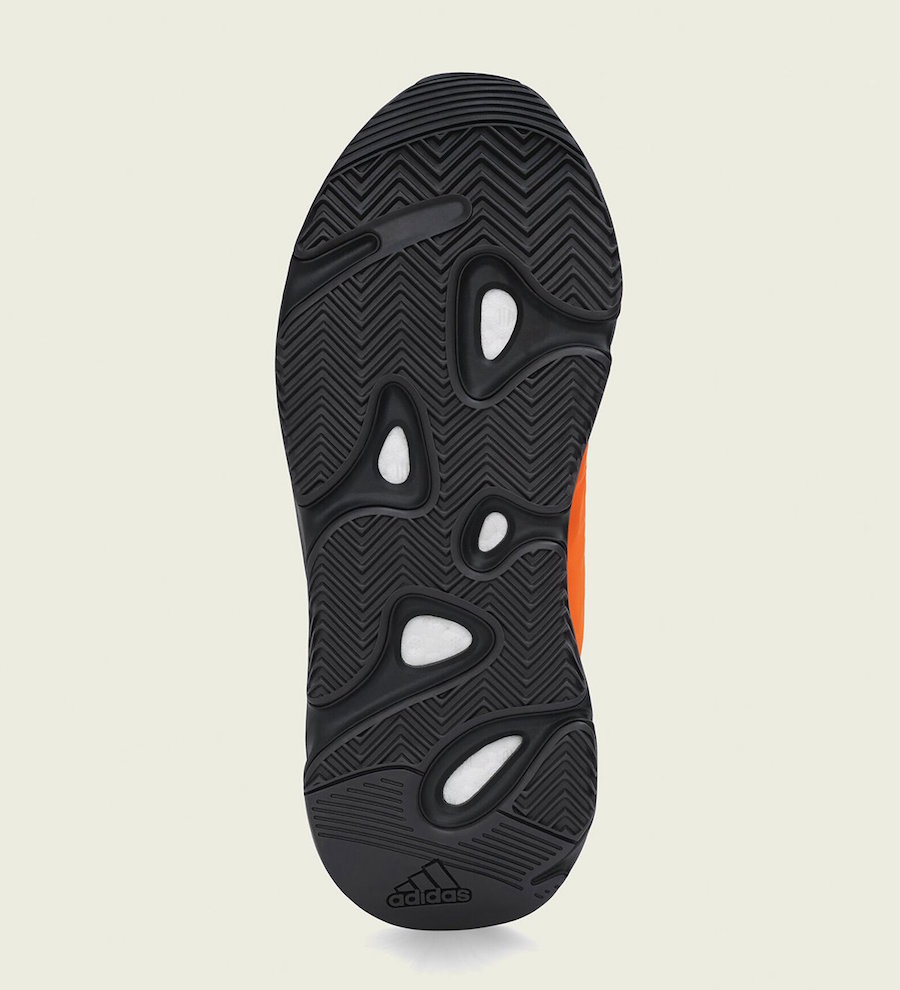 Update 2/8: The ‘Orange’ Yeezy Boost 700 MNVN will also release as a regional exclusive on February 28th. This pair will be available exclusively in-store at select shops in Shanghai, Paris and Los Angeles.

Update 1/29: On feet photos of the ‘Orange’ adidas 700 MNVN which will release on February 28th. Via yankeekicks. In addition this will be the first Yeezy release that won’t feature ‘Yeezy’ in the name. 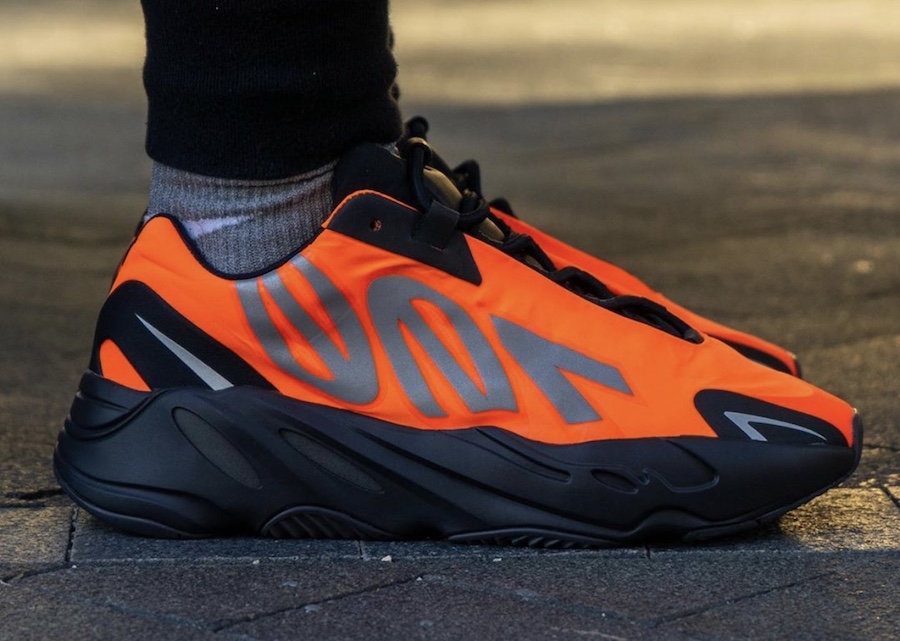 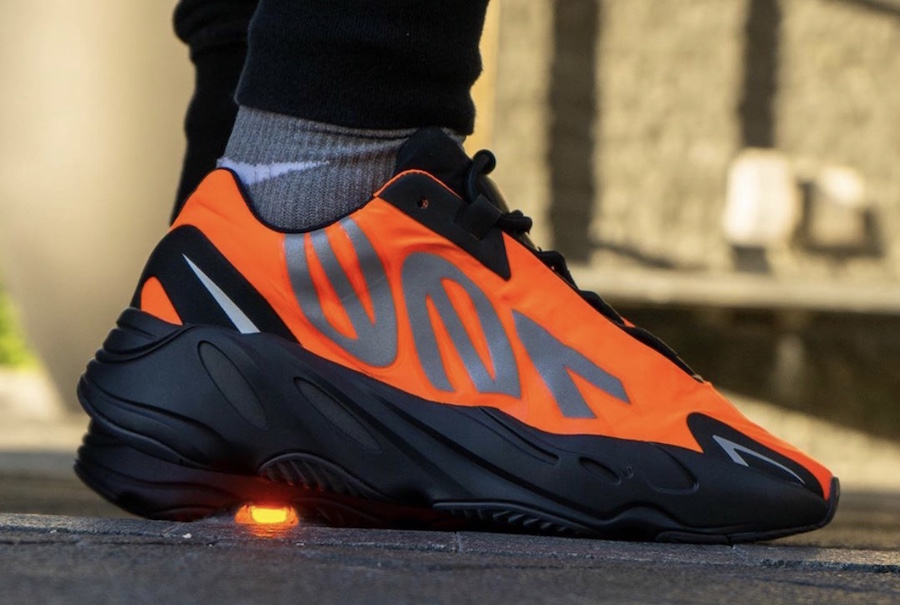 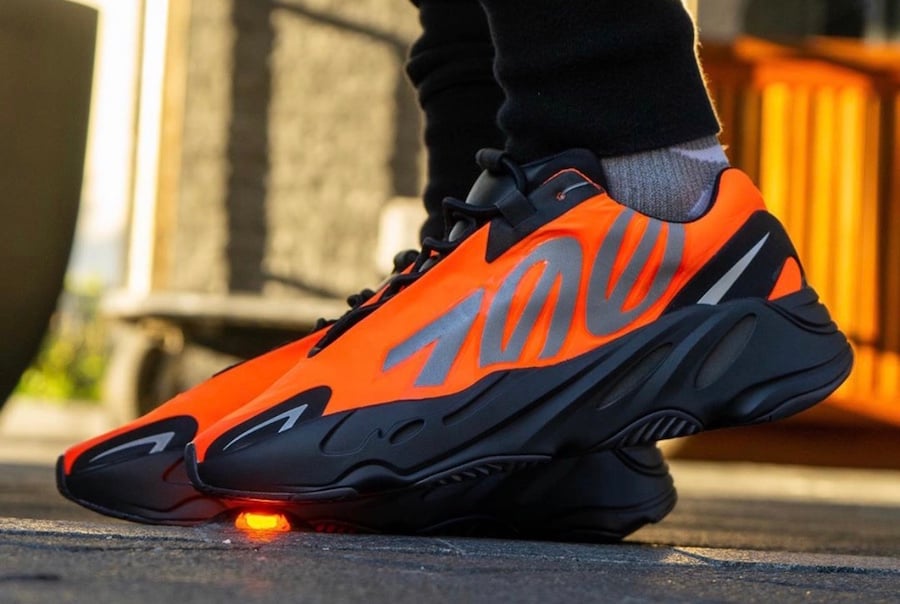 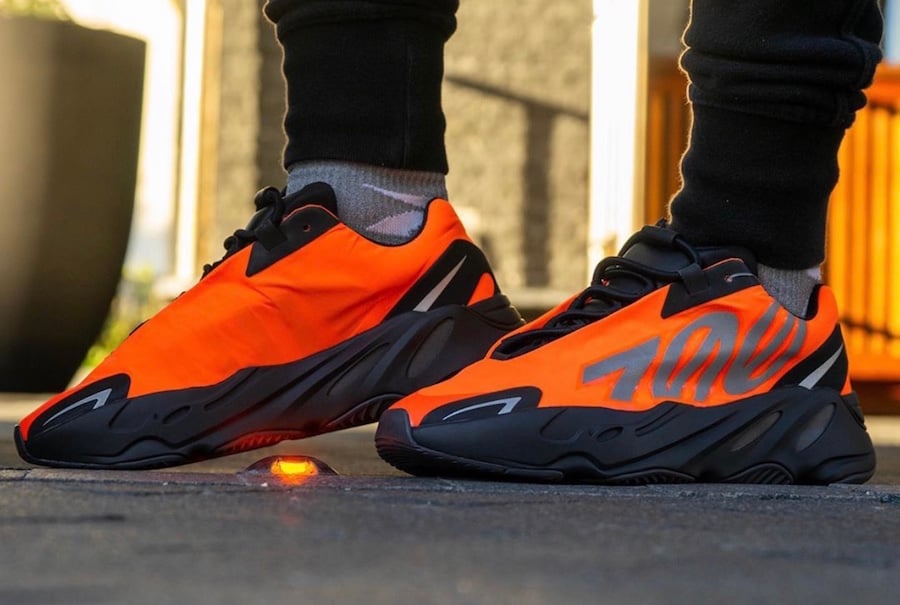 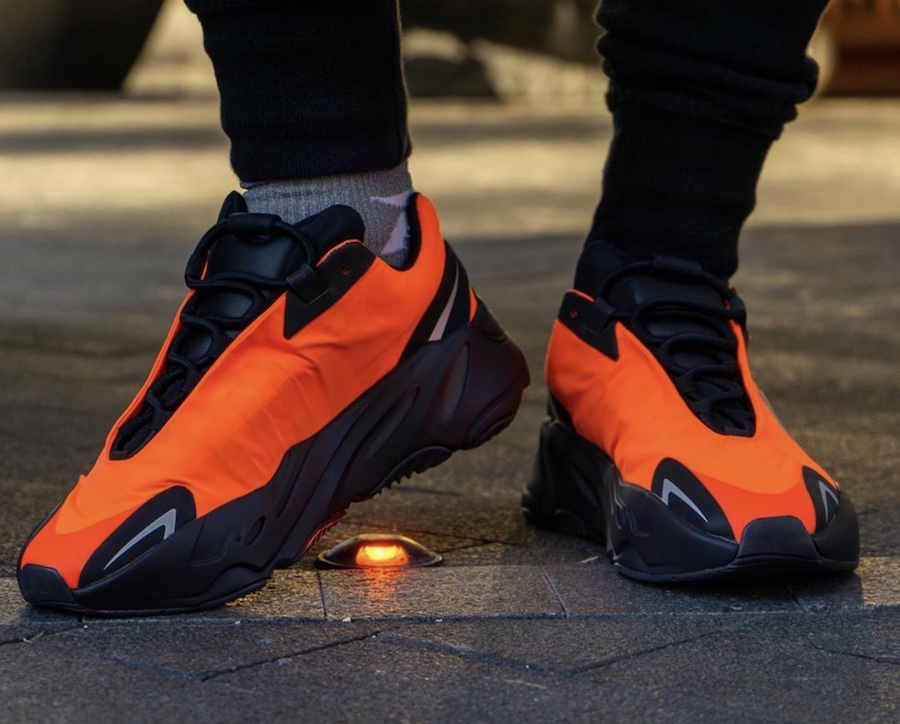 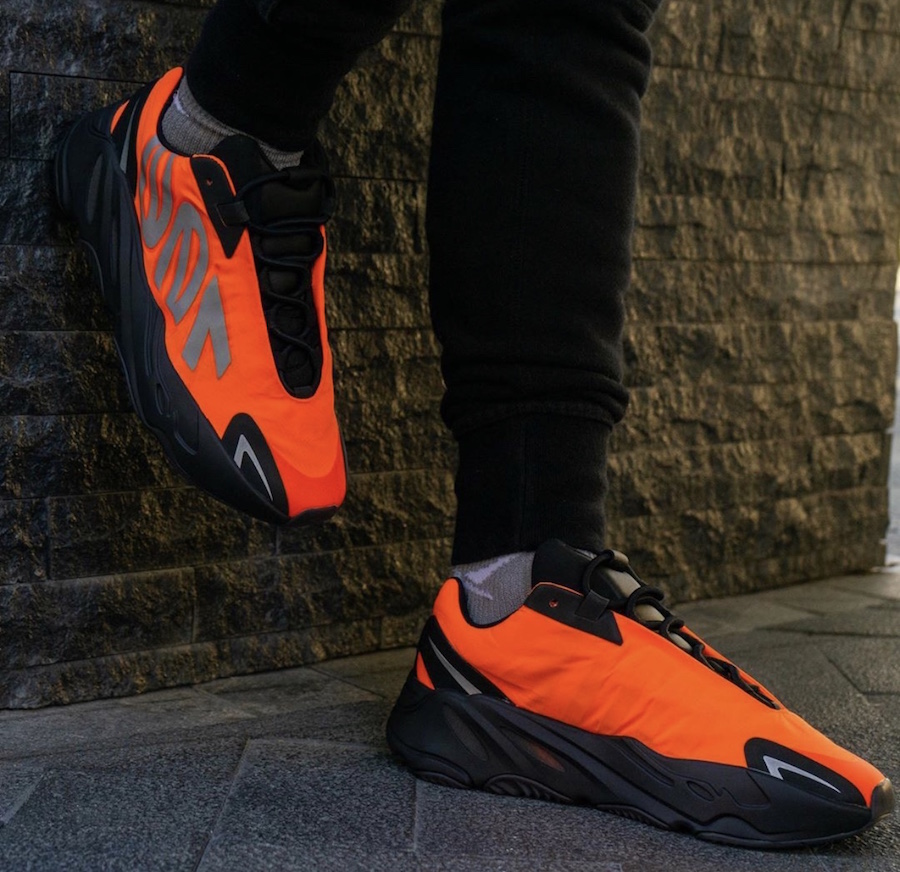 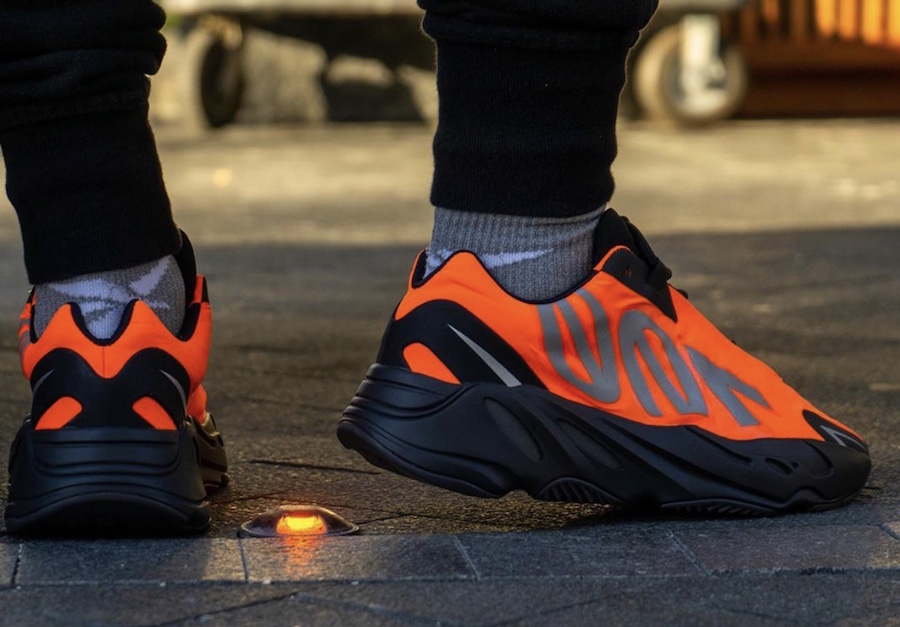 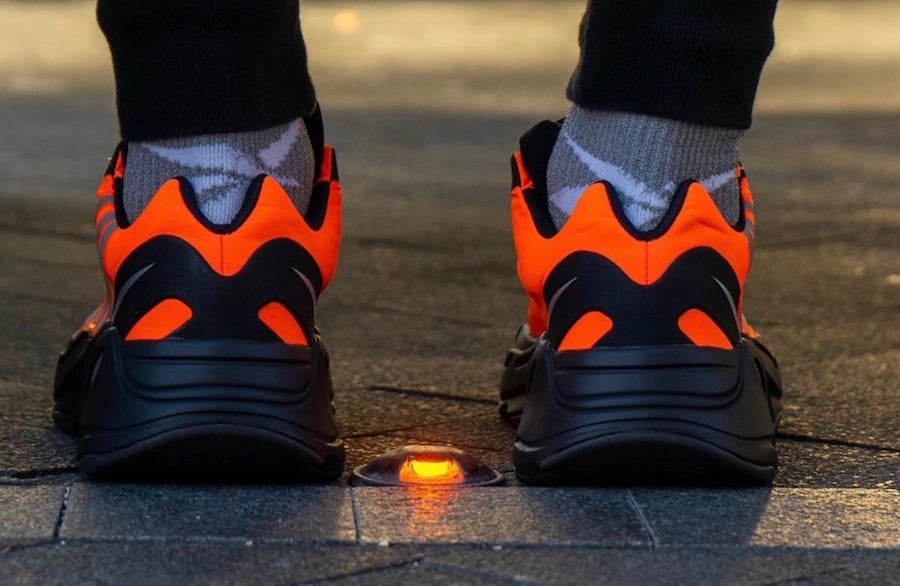 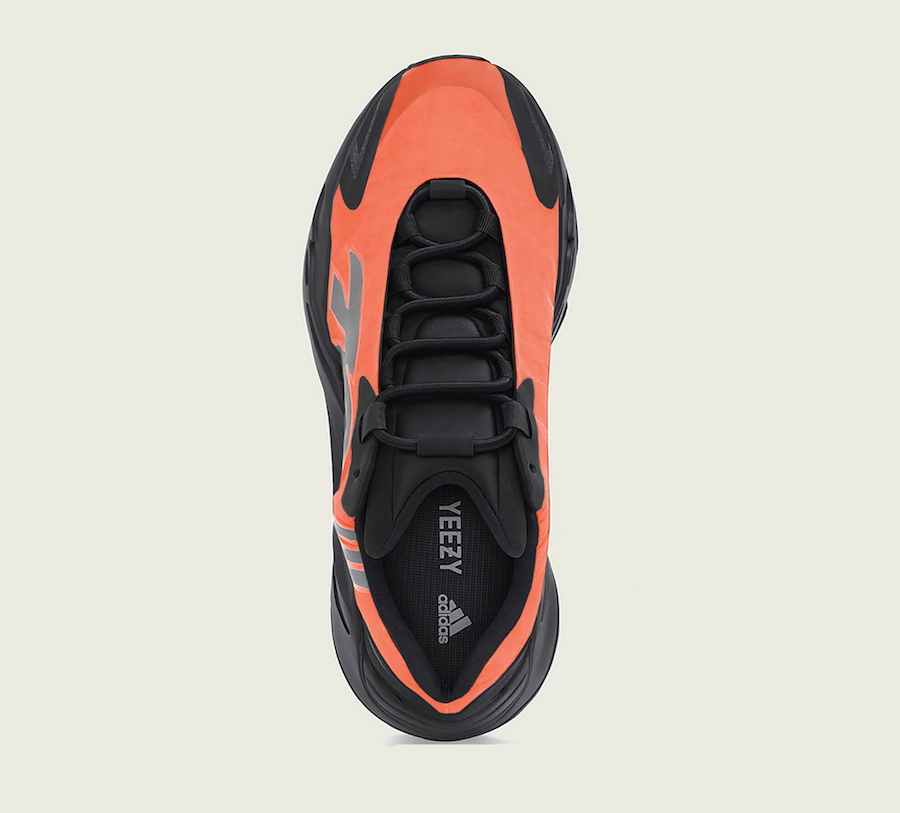 Images of the MNVN Yeezy Boost 700 shown is a photoshop and the actual release could look different.