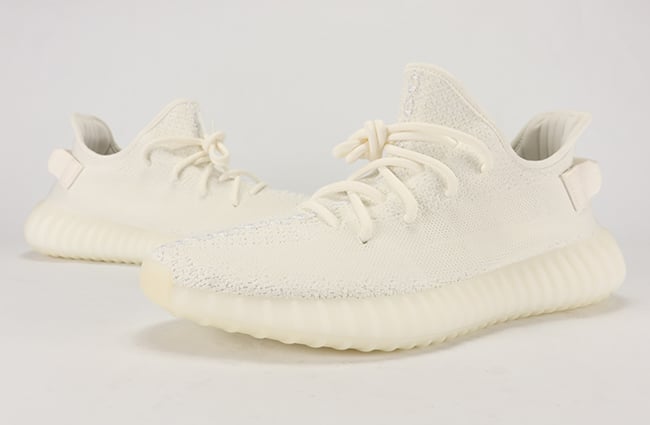 As you can see, this adidas Yeezy 350 Boost V2 comes in a Cream White theme. What you will notice is the lace of a heel tab which we will see on the 2017 releases. Across the uppers is a Creamy White Primeknit while the ‘SPLY-350’ and stripe is blended into the panels. Completing the look is a Cream Boost midsole.

The images shown are said to be an exclusive made for Kanye West and will not release. However, there is a Cream and White Yeezy Boost 350 V2 expected to launch during 2017.

Early on we saw sample images of the Cream White Yeezy Boost 350 V2 which is different from the retail release. The pair landing at retail locations will feature what looks like a lighter shade of White and a back heel tab.

The adidas Yeezy Boost 350 V2 Cream White is releasing at adidas Originals retailers on April 29th, 2017. Adult sizes will retail for $220 while infant will cost you $140. Once we have more information and images, we will make sure to update. Make sure to visit the comments with your thoughts.

Update: We were able to get our hands on the adidas Yeezy Boost 350 V2 Cream White early to give you a video review and on feet look. They release on April 29th which is tomorrow at retailers like Shiekh Shoes. 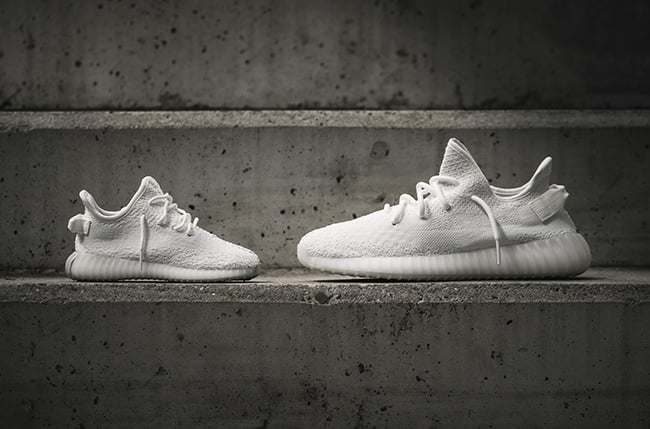 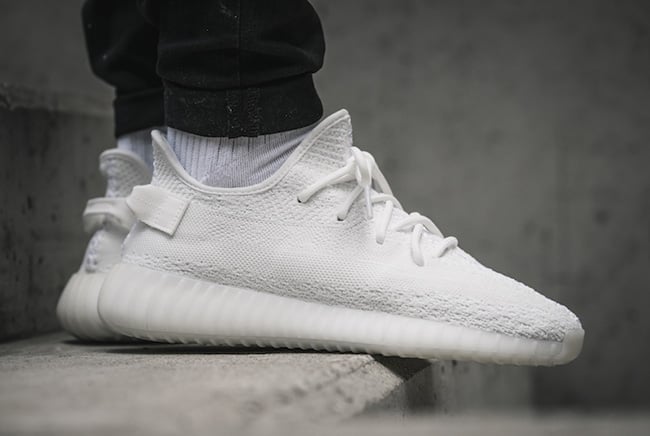 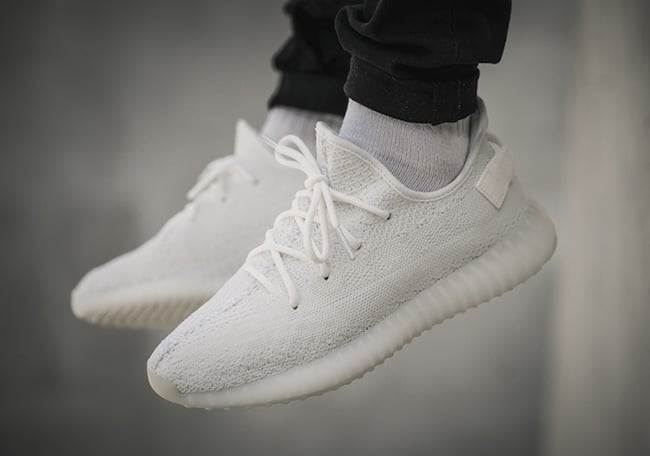 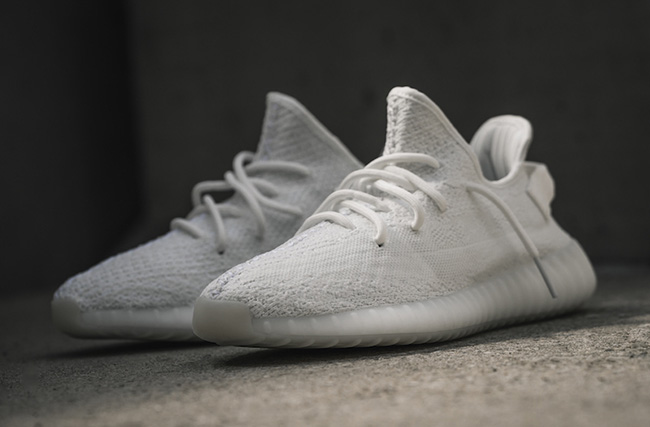 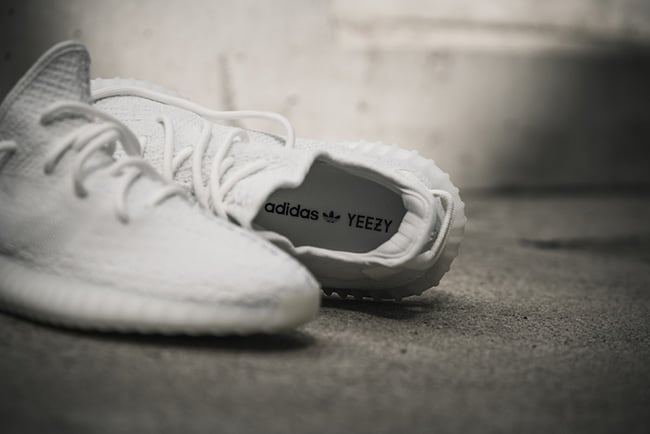 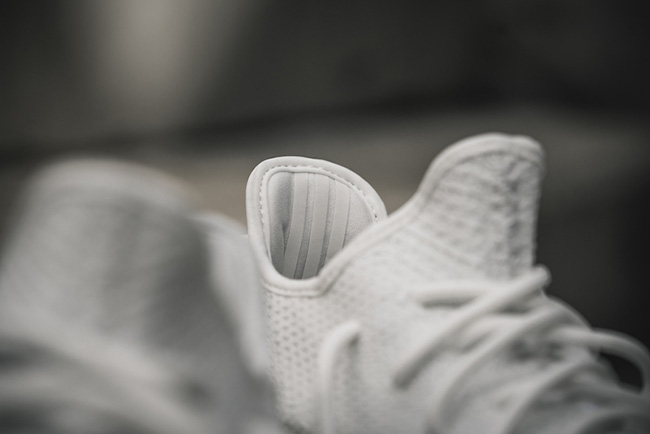 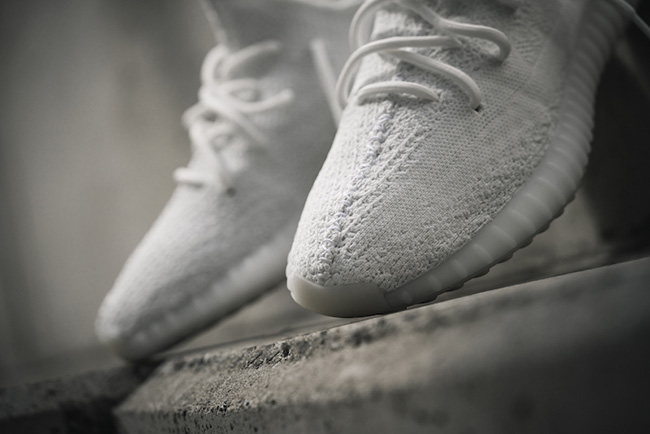 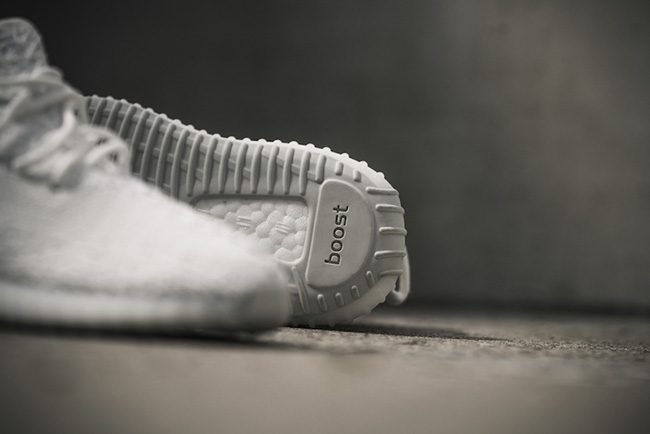 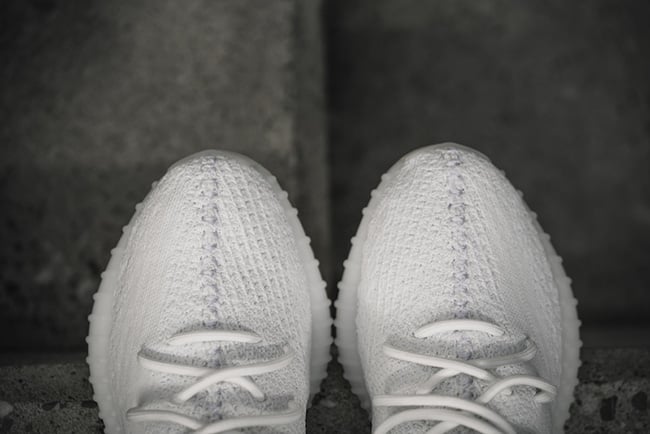 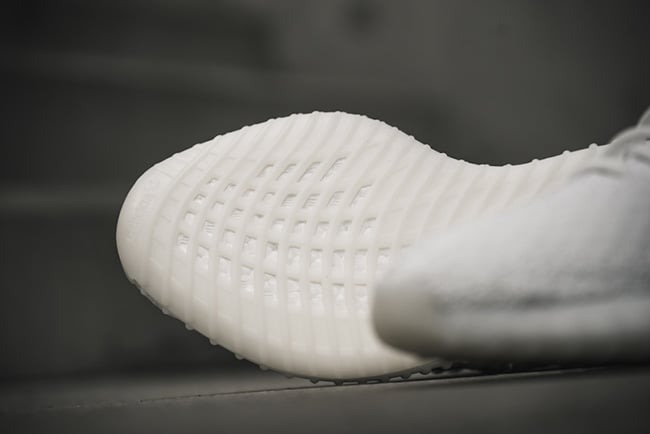 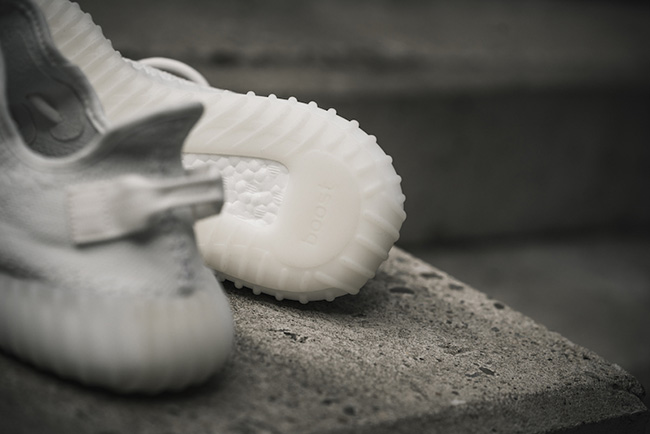 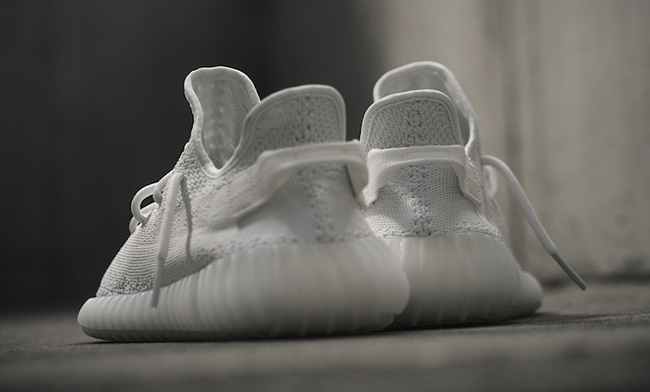 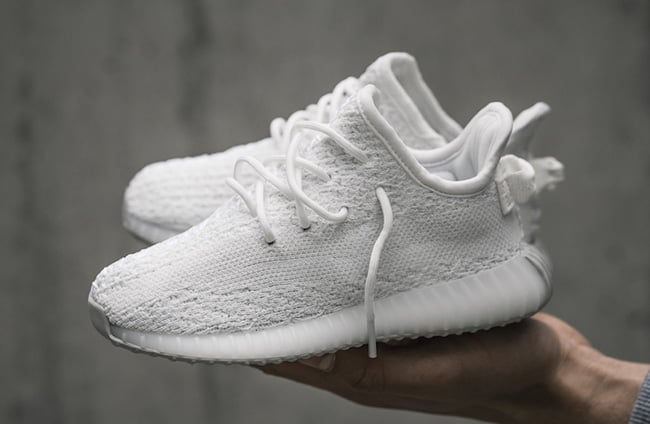 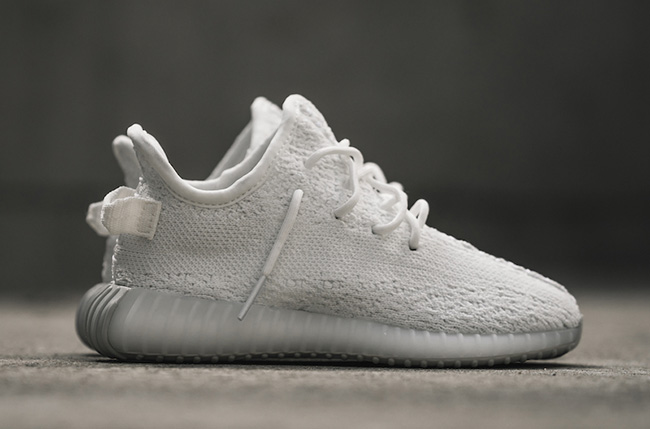 Update: According to Yeezy Mafia, you can expect more pairs of the Yeezy Boost 350 V2 in Cream White to release. The actual numbers are unknown at this time. They will debut on the adidas Confirmed App on April 26th at 4PM EST. 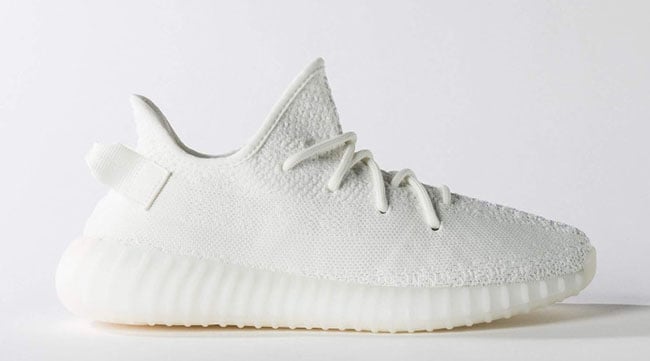 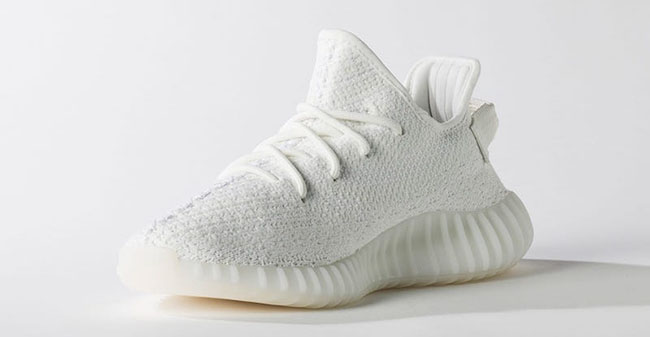 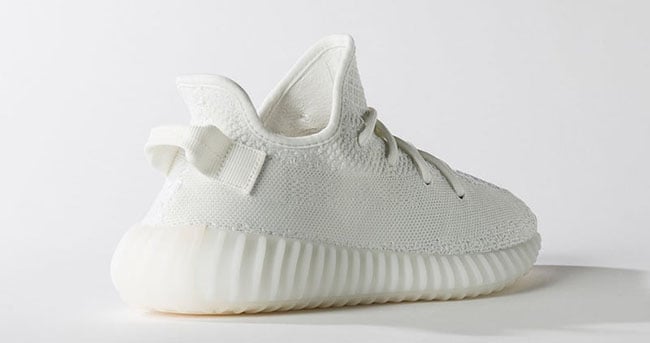 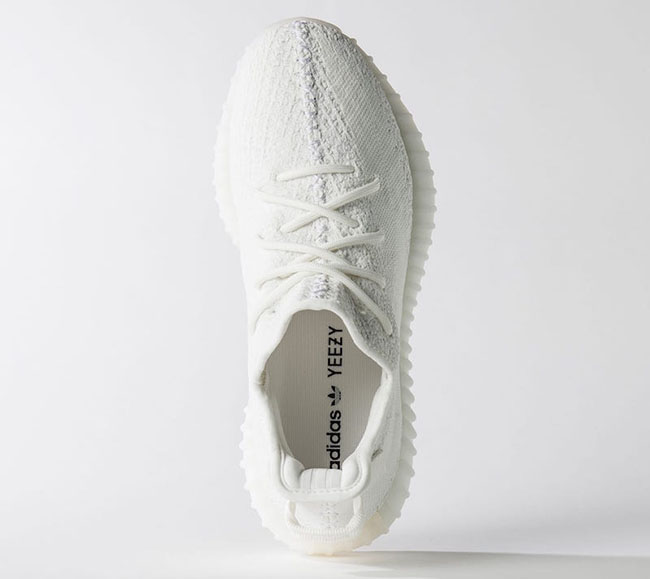 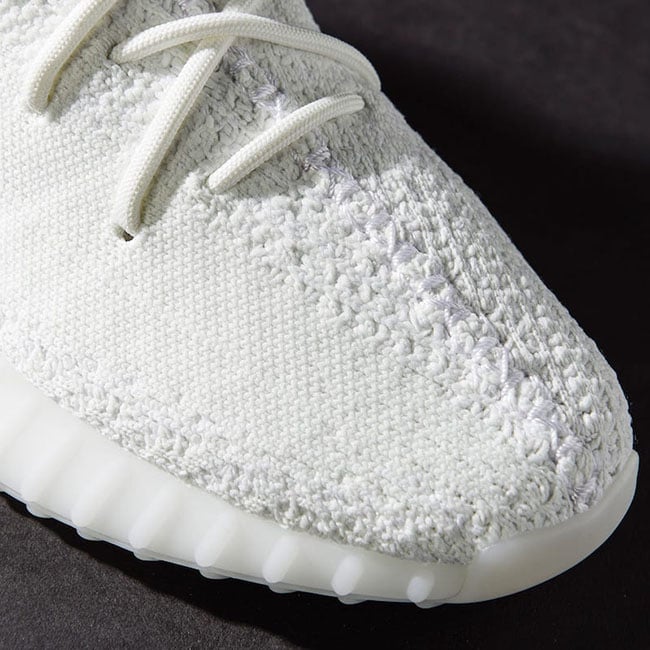 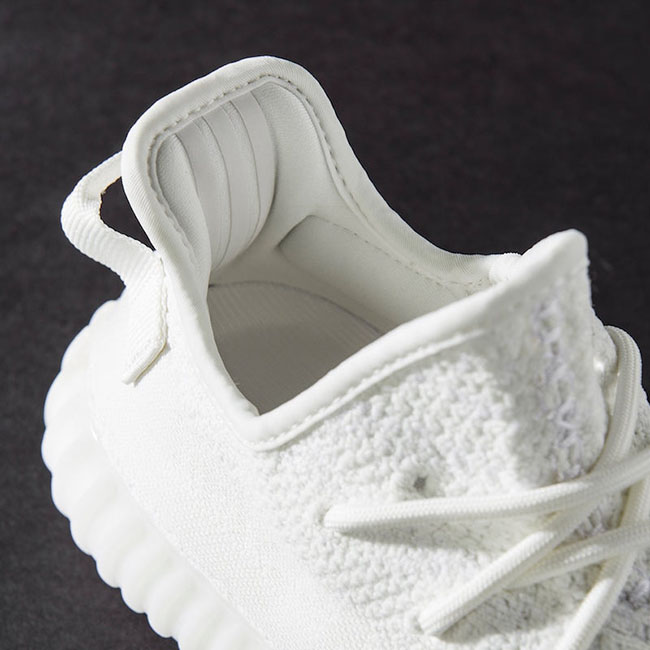 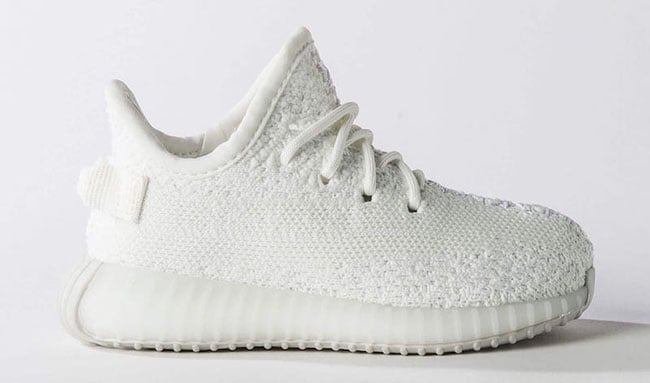 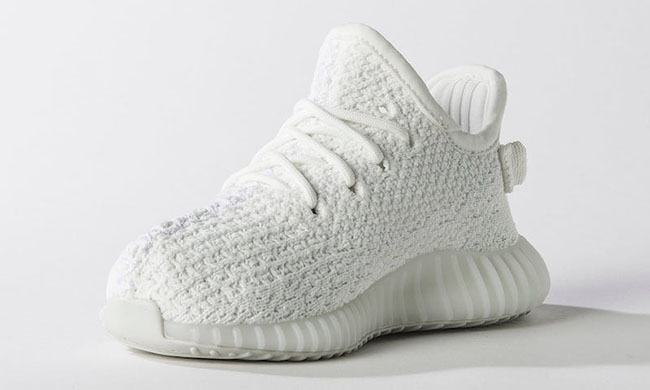 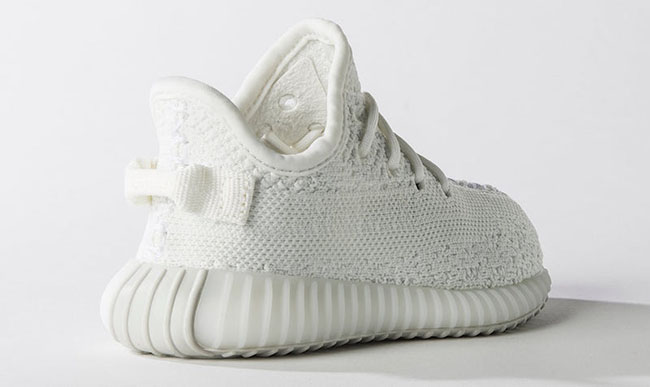 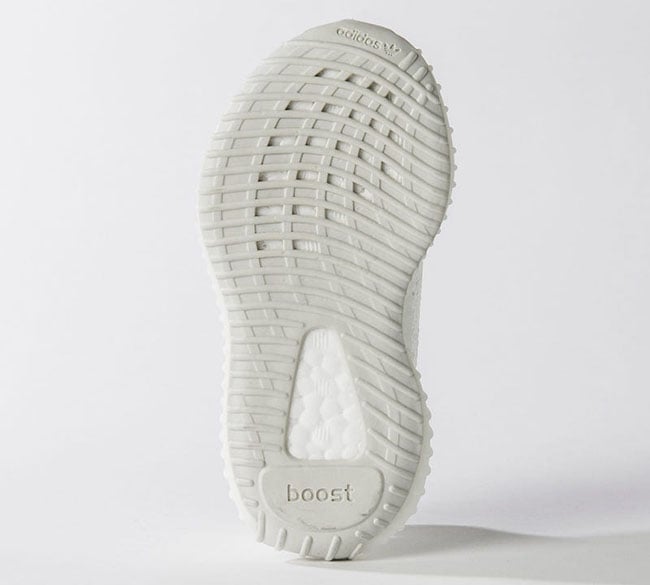 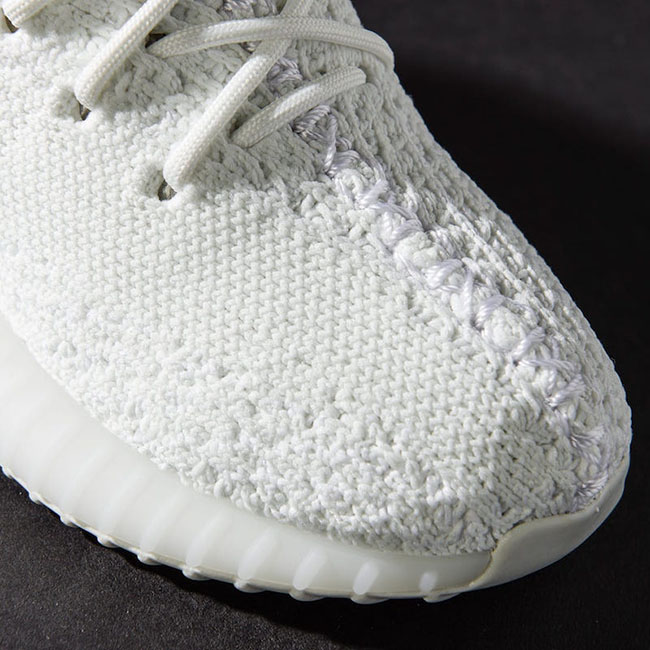 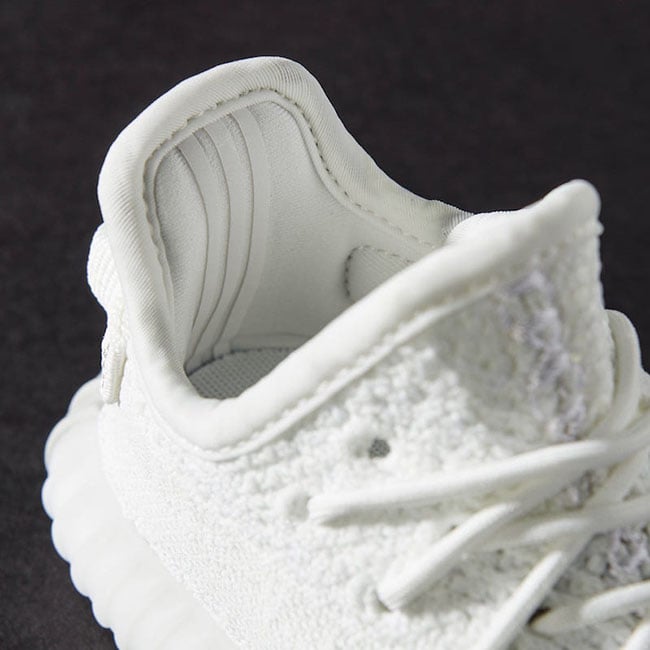