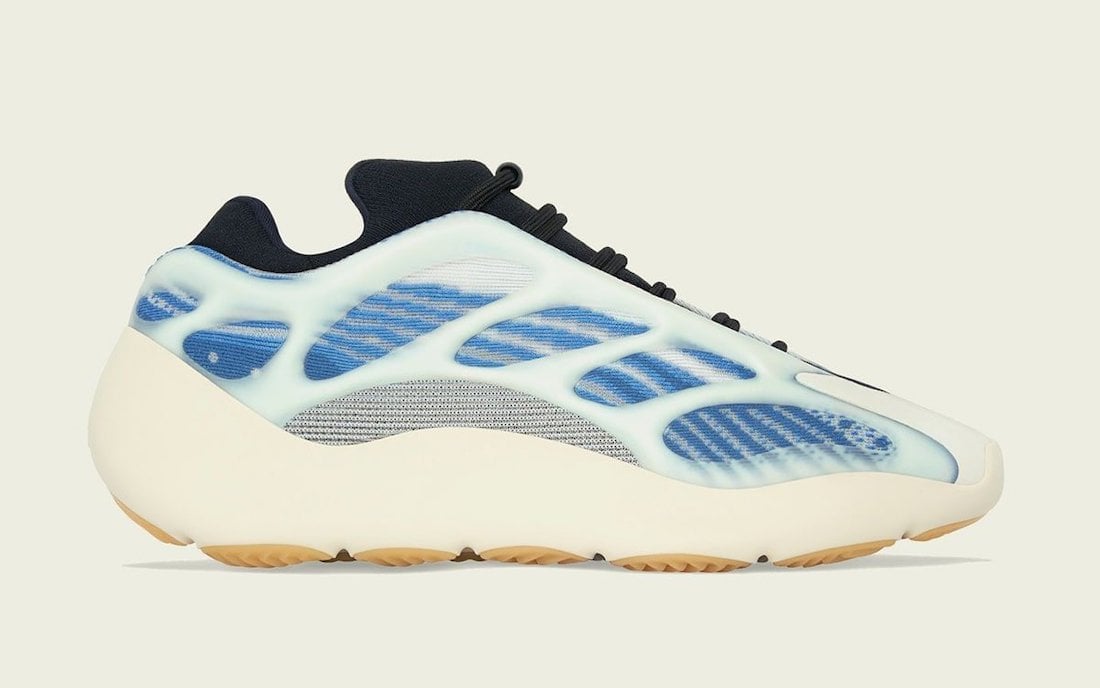 The adidas Yeezy 700 V3 ‘Kyanite’ is part of the Kanye West and the Three Stripes brand 2021 offerings, expanding on the Yeezy 700 V3 lineup.

As stated, the pair is known as ‘Kyanite’ that features White and Blue mostly. Furthermore, this adidas Yeezy 700 V3 comes with a knitted base that mixes Blue and White, resembling the ‘Azareth’. Also, Off-White covers the cage overlay that may glow in the dark. Lastly, an EVA midsole replaces the Boost cushioning.

Expect the adidas Yeezy 700 V3 ‘Kyanite’ to launch at select retailers and adidas.com/Yeezy on March 25th. The retail price is $200. We will have updates soon, so make sure to check back with us. 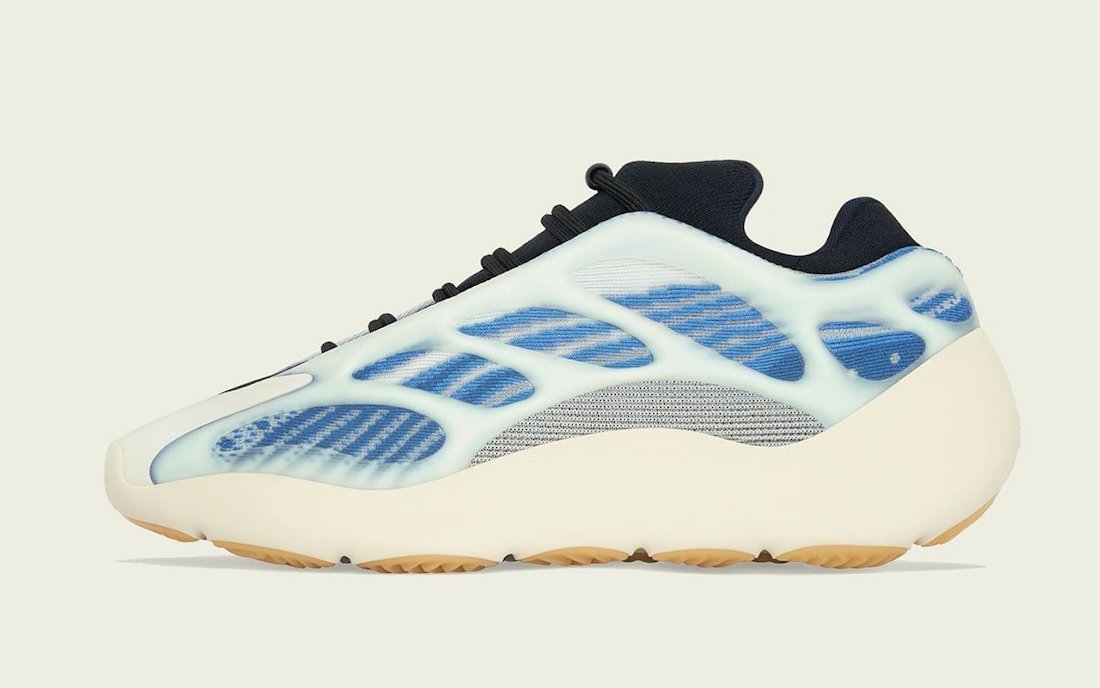 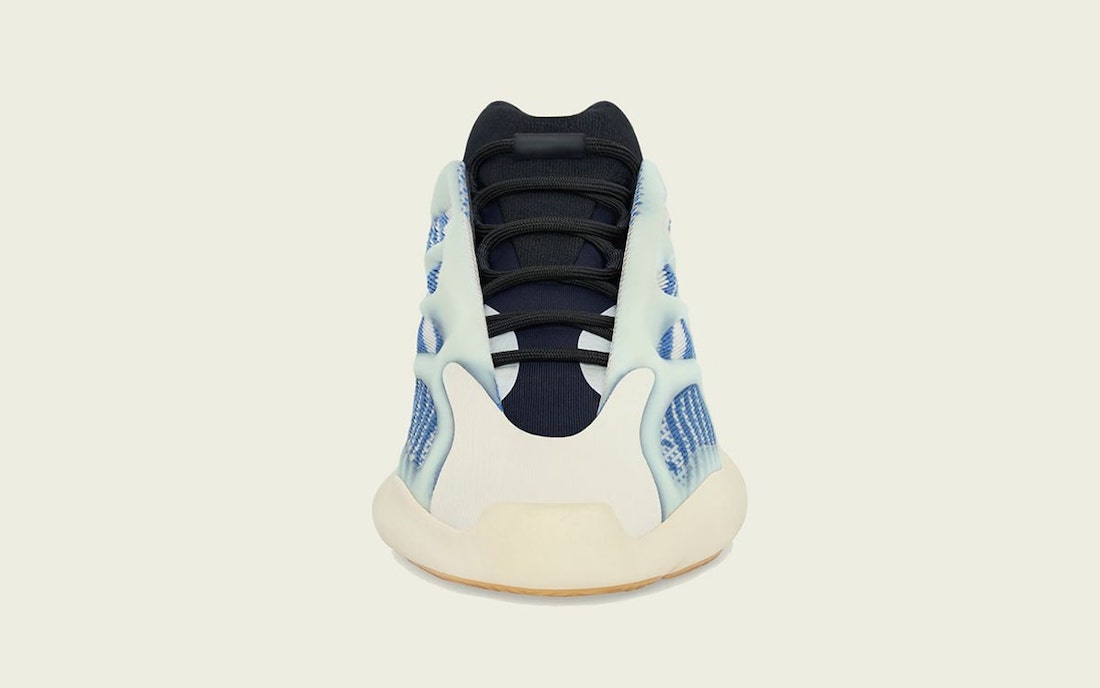 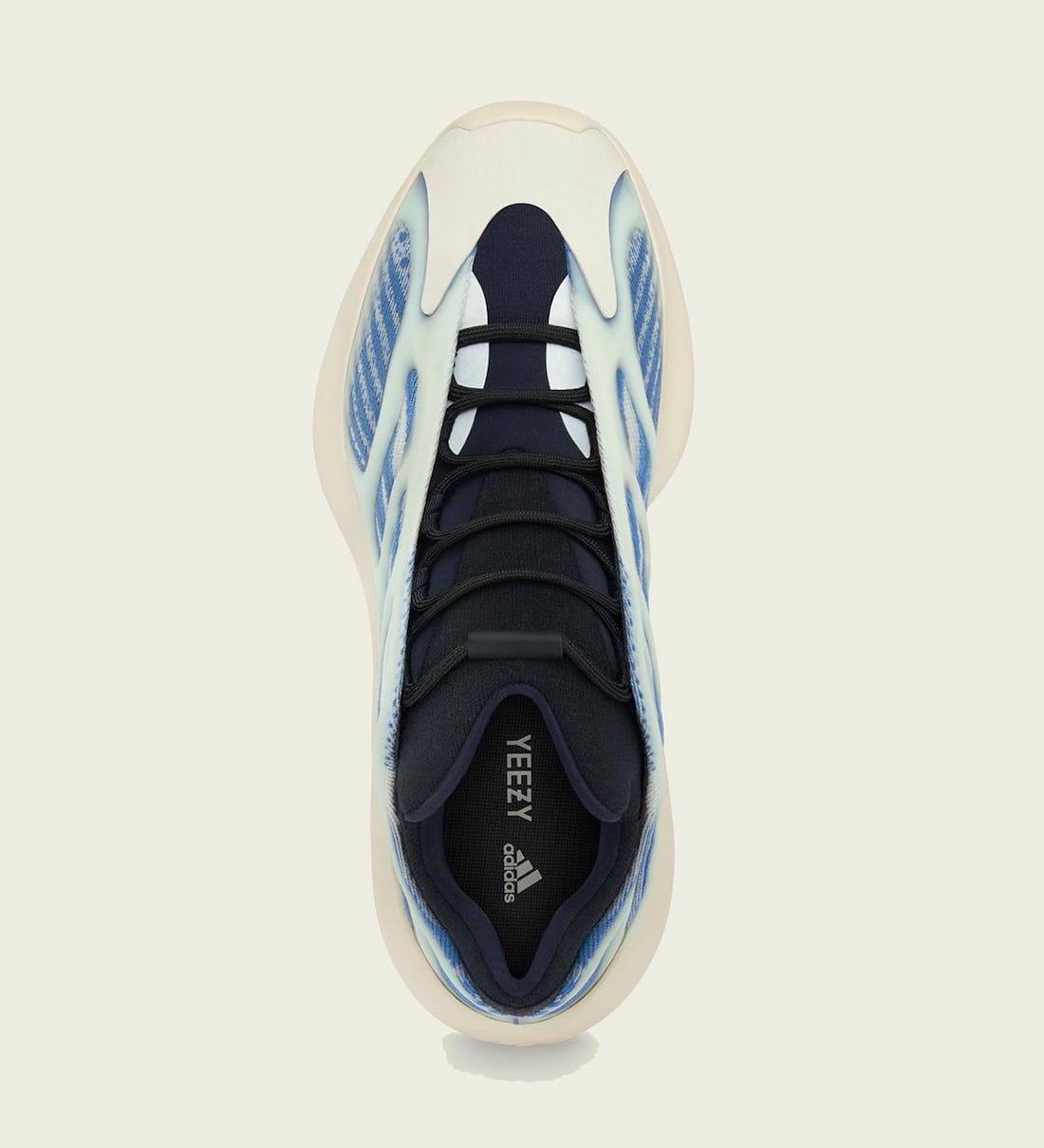 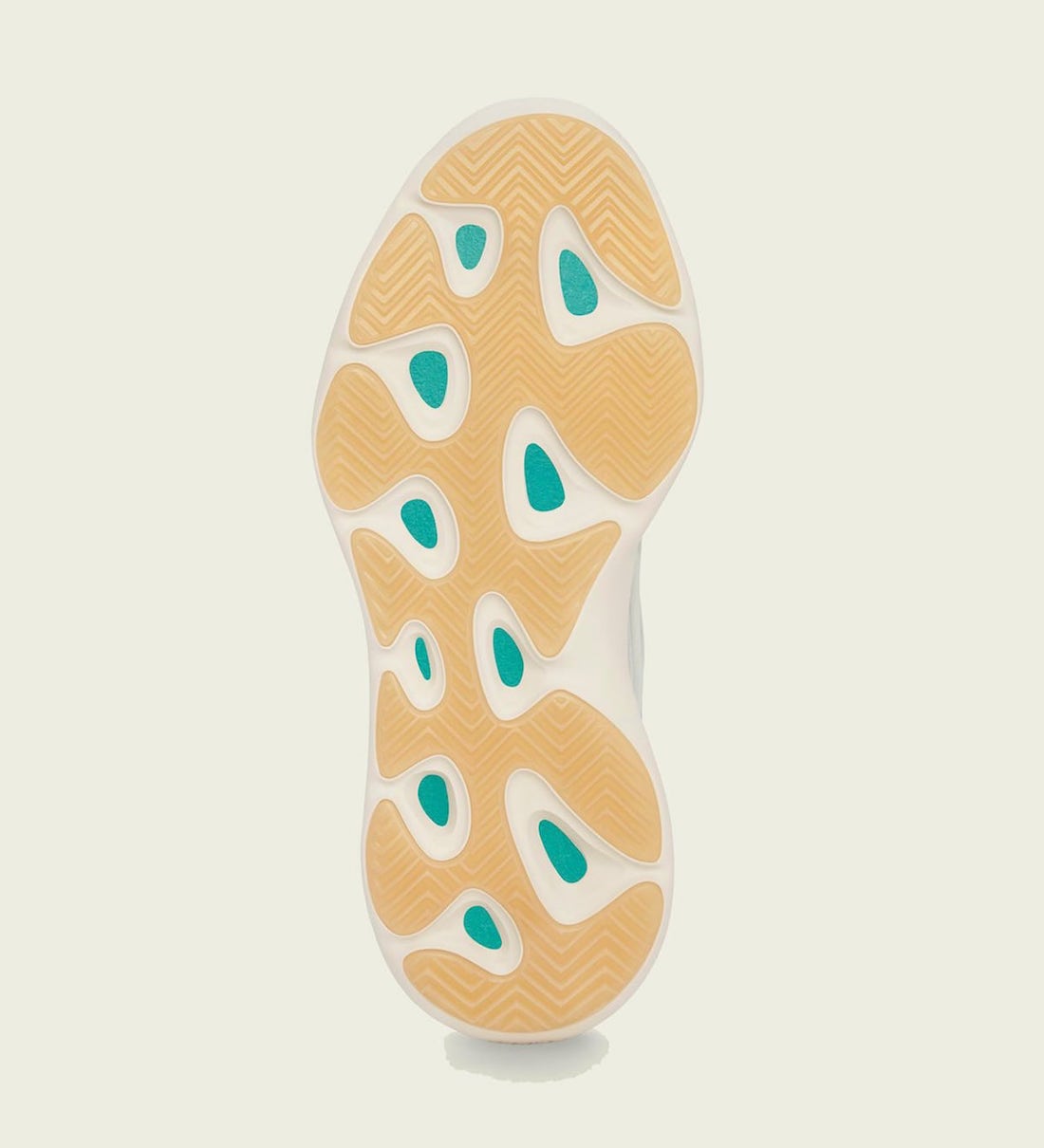 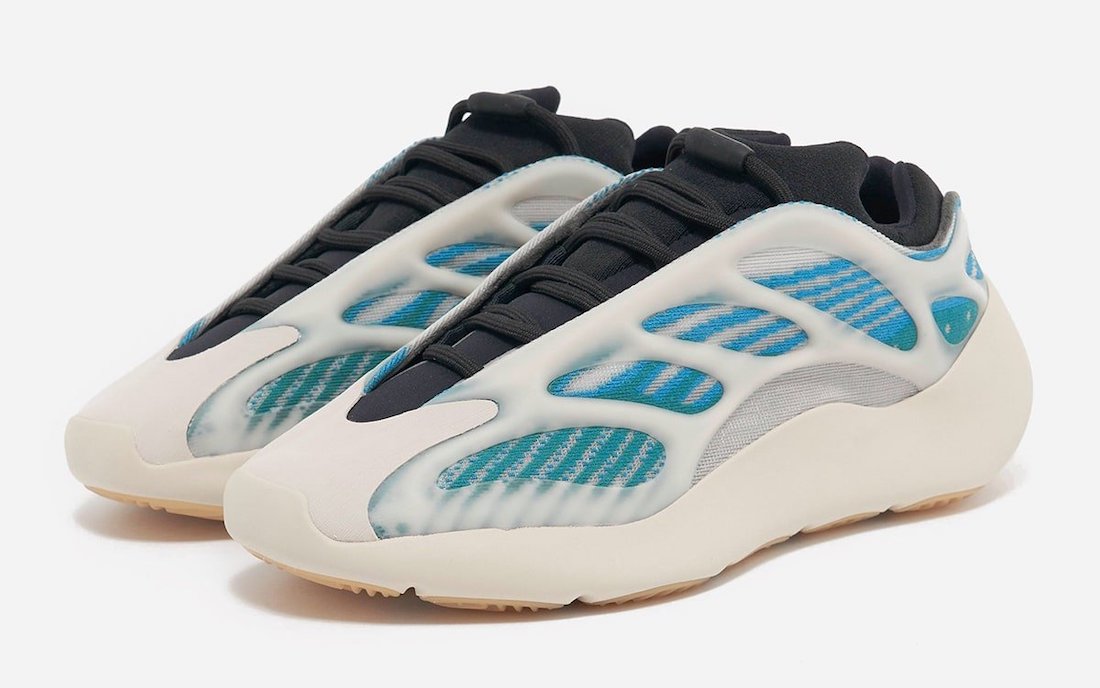 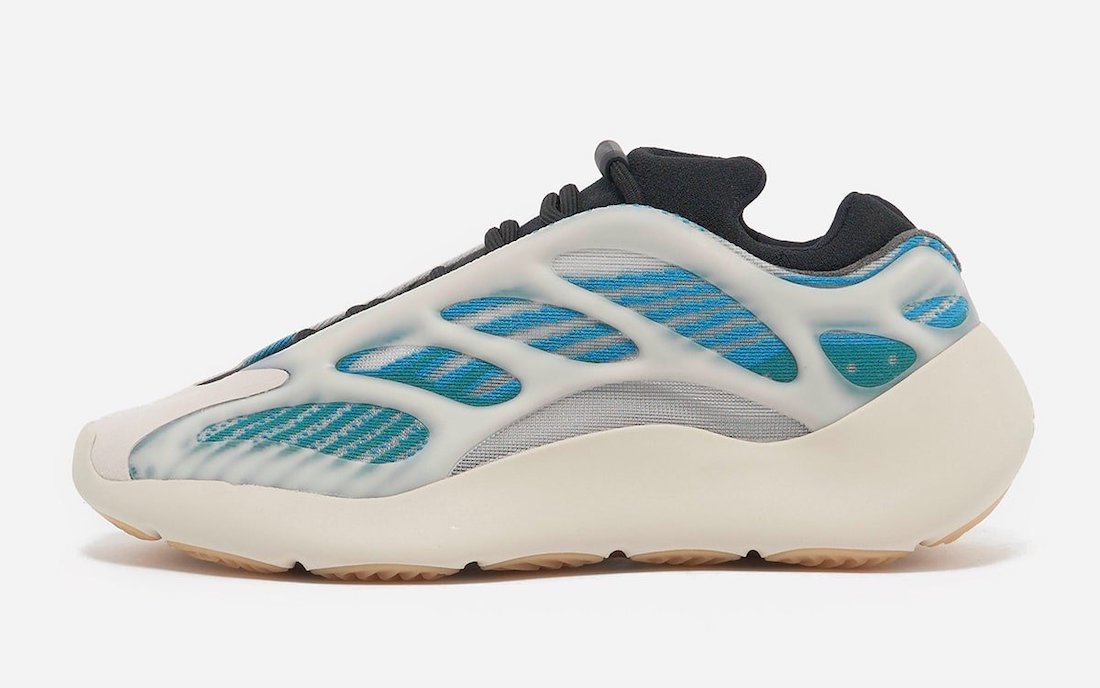 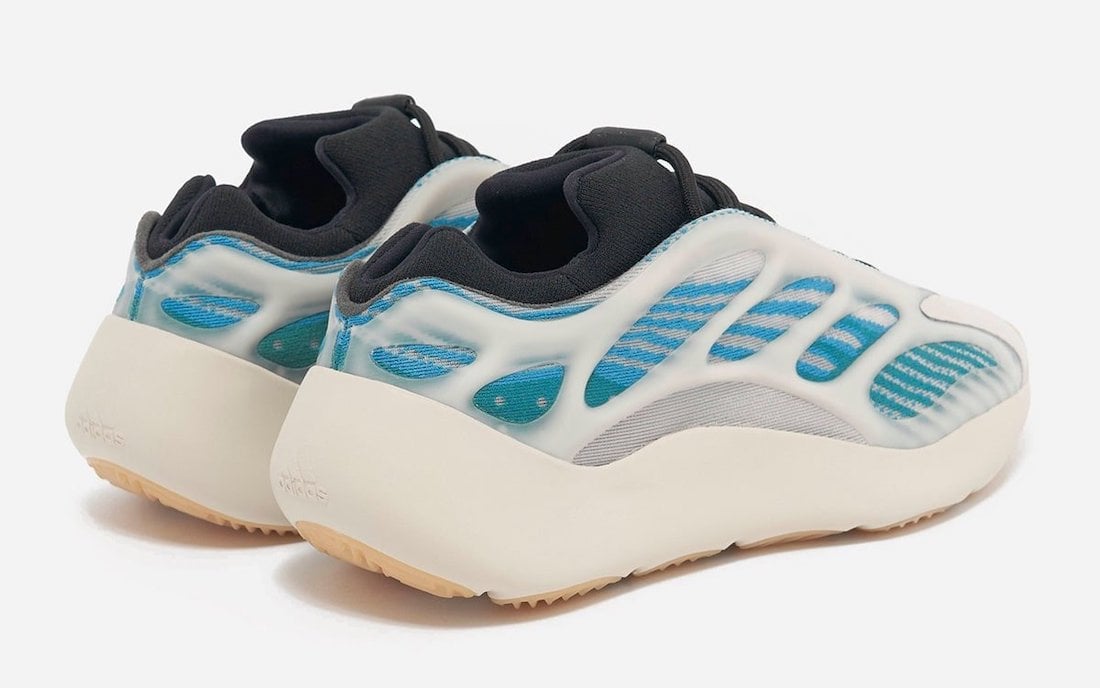 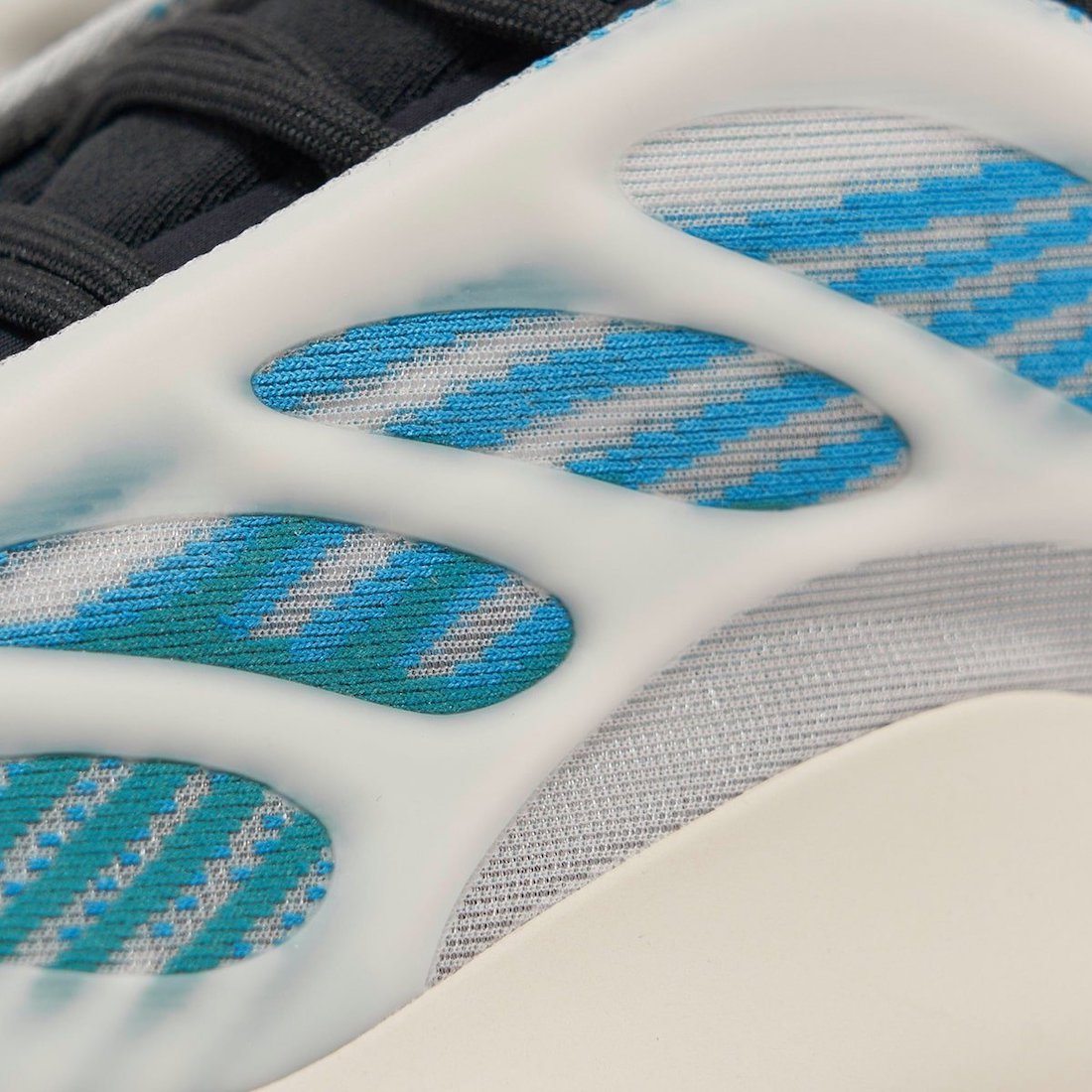 The image used is a photoshop showing what the ‘Kyanite’ Yeezy 700 V3 could look like. 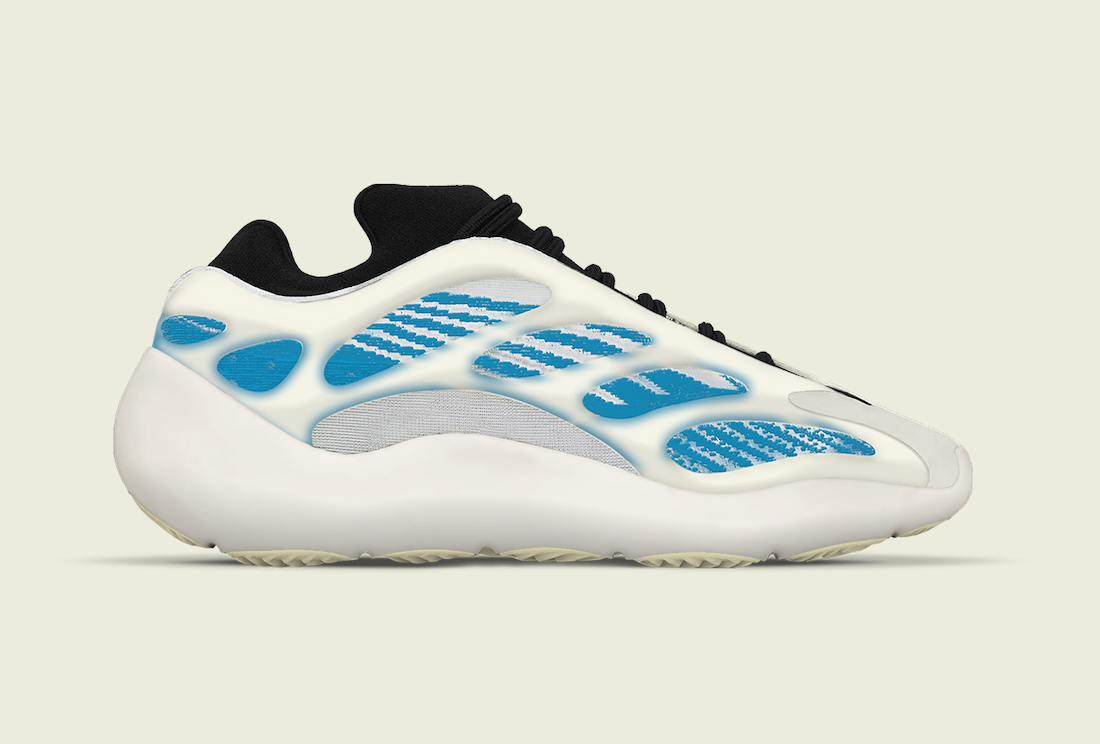