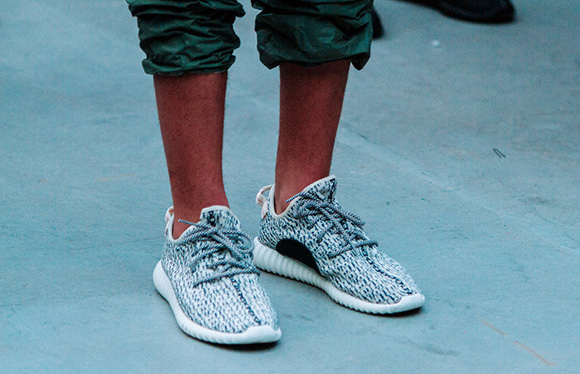 If you been following your adidas and Kanye West news, you already know that more pairs between the two are coming. Rumors have circulated on additional colorways of the 750 Boost, but what is confirmed is more models. Now we have our first look at the adidas Yeezy 350 Boost as well as a retail price.

The adidas Yeezy 350 Boost is a lower profile shoe compared to the 750 Boost. Also the 350 Boost is a cross between a lifestyle shoe and runner. Color schemes have popped up on this pair but shown is white, grey and black model. Overall, the best thing about them is the retail price which is cheaper than the 750 boost.

According to HighSnobiety, the Yeezy 350 Boost will retail for €190 which roughly comes out to $210 USD. At this time a release date is unknown but stay tuned.