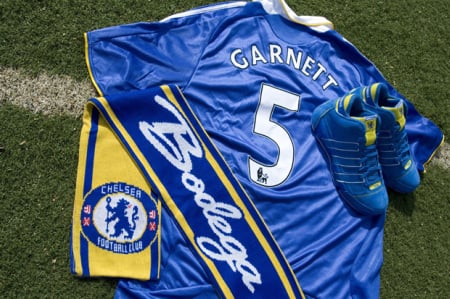 Kevin Garnett, one of the top power forwards to ever play the game of basketball, not only has a strong passion for his sport, but is also a huge fan of soccer (football for those across the pond). KG’s favorite team is Chelsea Football Club from the English Premier League; thus, adidas and Bodega have teamed up to create this limited edition Kevin Garnett TS Commander LT Pack. The pack includes a Chelsea FC jersey with Garnett’s name and number, a Bodega x Chelsea FC scarf, and a limited edition Chelsea FC colorway of the adidas TS Commander LT. The Kevin Garnett TS Commander LT Pack will release, in limited quantities, for $275 in Bodega (Boston) on August 29. 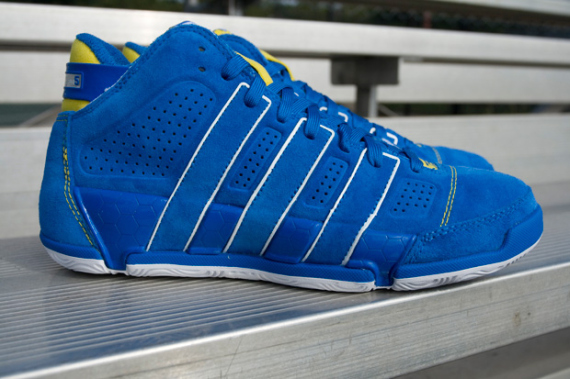 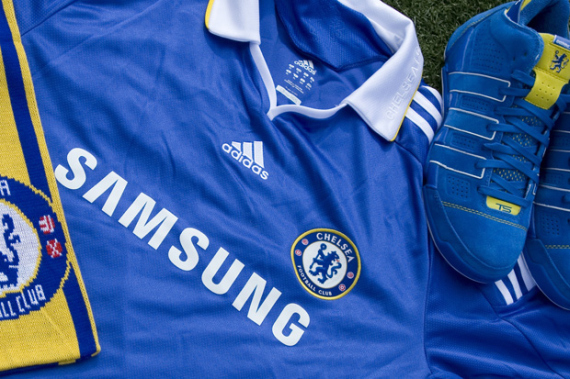