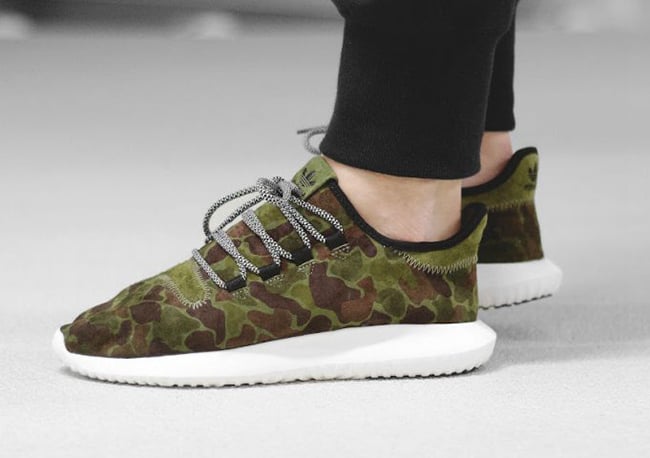 This adidas Tubular Shadow is highlighted with camouflage across the uppers which showcases shades of Green, Olive Cargo and Brown. Following we have hits of White and Black through the laces while Black lands on the eyelets. Featuring suede across the uppers, the look is completed with a White midsole and outsole.

The ‘Camo’ adidas Tubular Shadow is now arriving at select adidas Originals retailers overseas which includes MATE. Retail price is set at €120.00 which comes out to be about $127 USD. At the time of writing, most sizes are still available. Expect stateside retailers to have them soon. Below you can check out more images which will give you a better look. 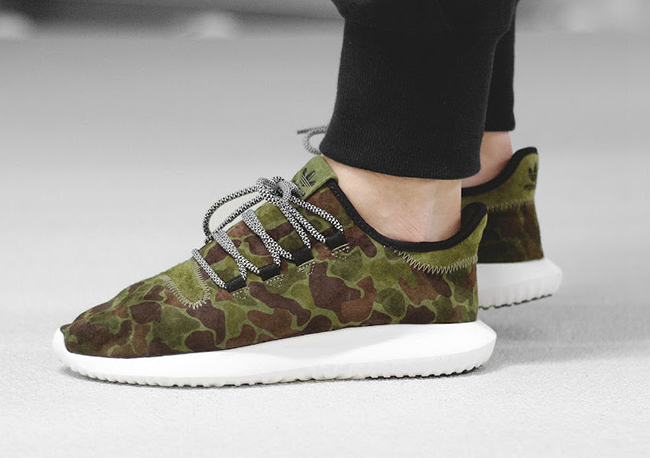 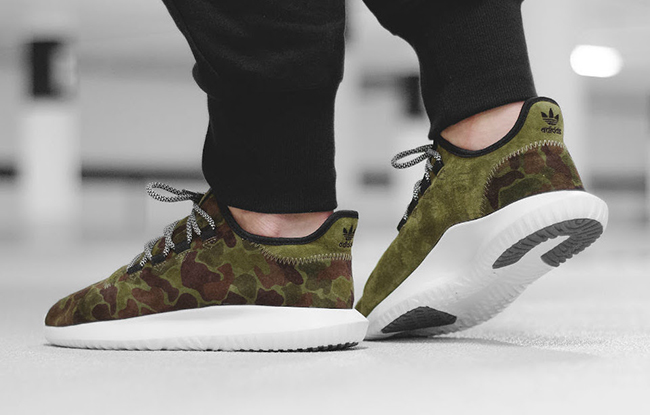 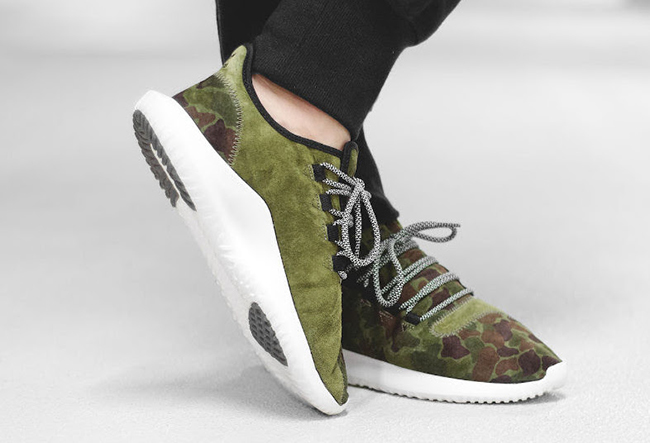