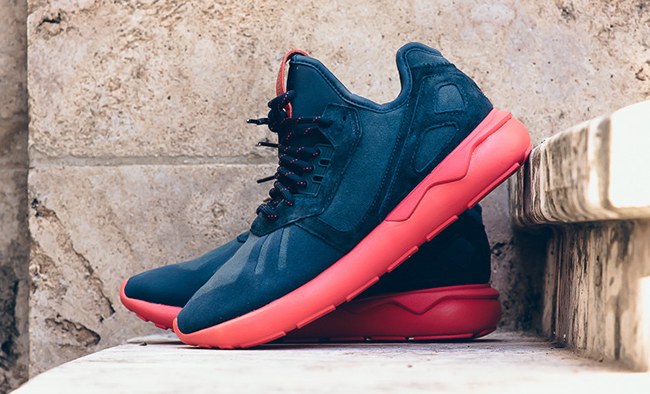 Changing things up, adidas went with a suede upper instead of the usual fused overlays. The uppers are done in midnight navy which also lands on the neoprene tongue. Following is coral which runs through the midsole and sole and is then added to the tongue tab, hinted through the laces and inside of the tongue.

The ‘Coral’ adidas Tubular Runner is now available at select boutiques which includes Sneaker Politics. Retail price is $110 and as of now they pretty much have all sizes available. To get a better look at the latest Tubular Runner, see below for more photos. 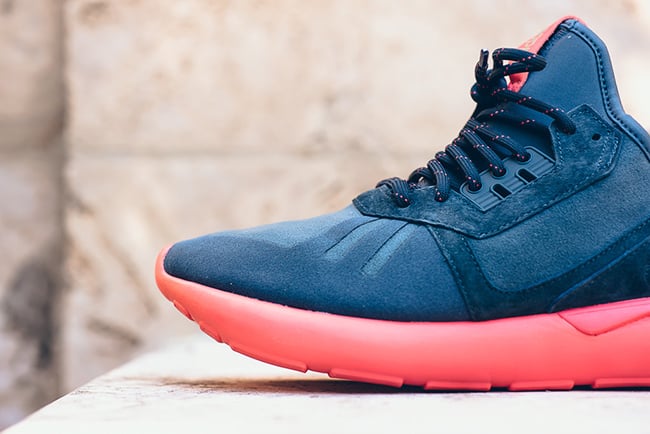 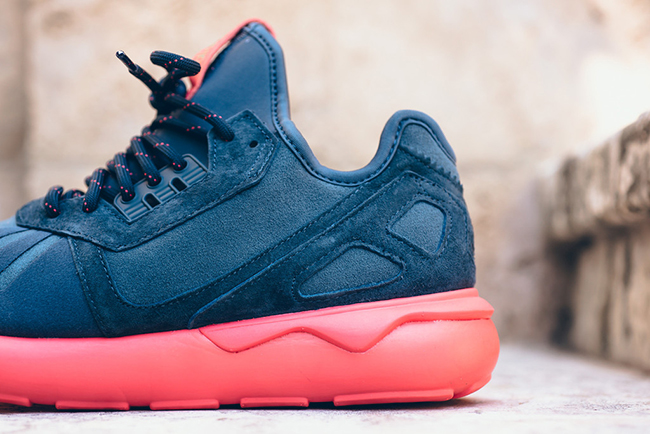 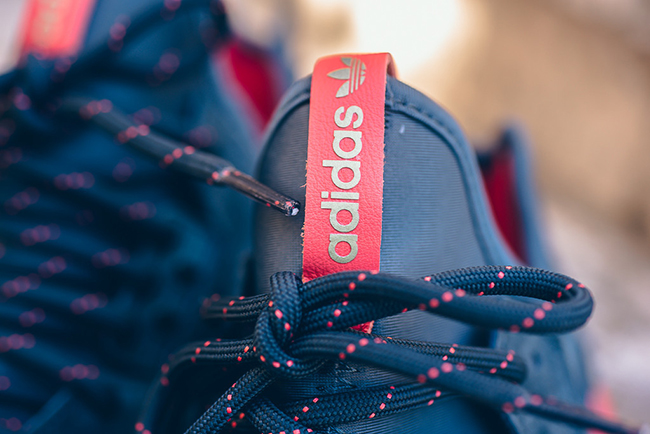 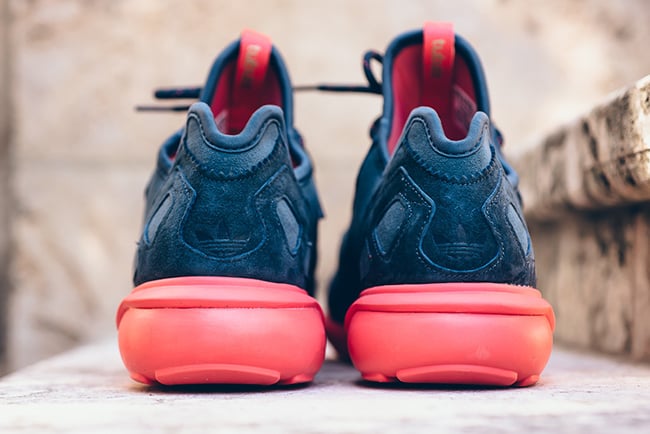