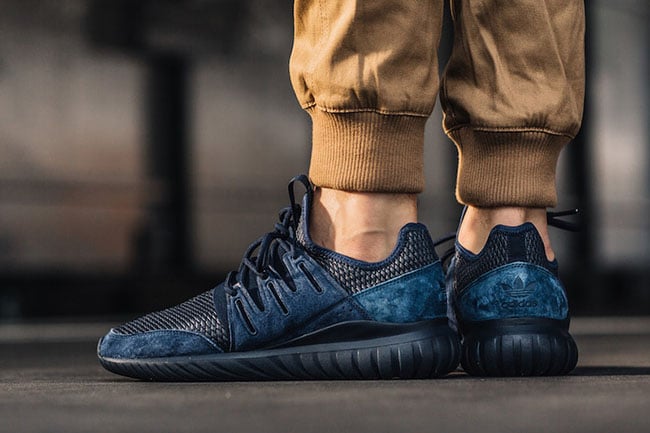 This adidas Tubular Radial comes equipped with a quilted leather upper while suede runs across the panels, around the heel and toe. Following is an the traditional adidas branding with the Trefoil logo embossed across the heel. Finishing the look is a Navy Tubular midsole and outsole.

Continue to scroll below to check out additional photos of the adidas Tubular Radial Collegiate Navy which will show you how they look on feet. For those of you that are interested in purchasing, they are now arriving at adidas Originals retailers overseas which includes Overkill. Retail price is set at €129.95 which comes out to be about $145 USD. 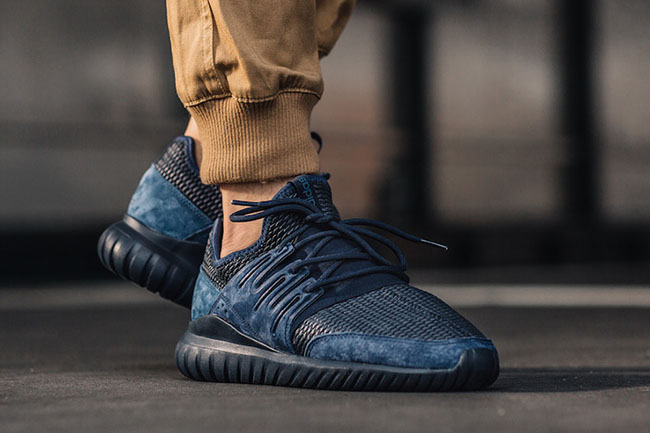 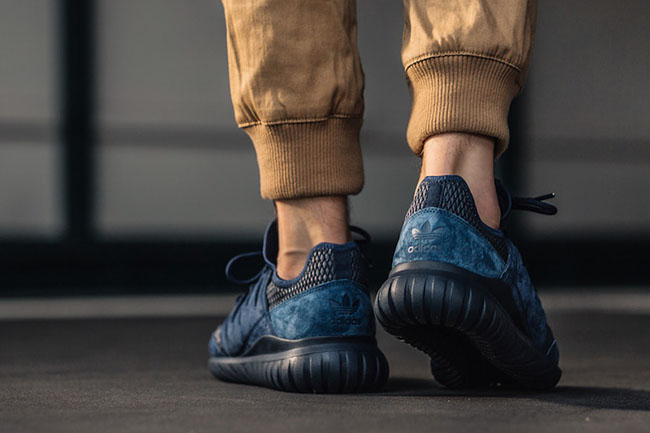