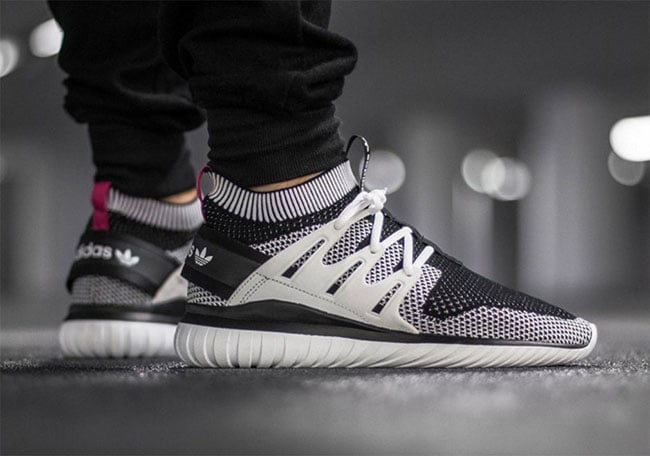 Primeknit has been covering everything from adidas has of late. We have seen the material land on various models, but now we introduce you to the adidas Tubular Nova Primeknit.

While swapping out the traditional uppers, this Tubular Nova will use Primeknit in Black and White. In addition, an Off-White hue covers the side panels and outsole. Adding a bit of pop is the use of Magenta Pink on the heel tab and is completed with adidas branding on the heel counter.

Currently there isn’t a release date set for the adidas Tubular Nova Primeknit, but retailers like Asphalt Gold and others should have them shortly. Retail price will be €139.00 which comes out to be about $155 USD. For now you can check out additional photos showcasing how they look on feet below. Make sure to check back with us also for additional news and release updates.

Update: The adidas Tubular Nova Primeknit has now released at Oneness for $170. Limited sizes are left, so act fast before it’s to late. 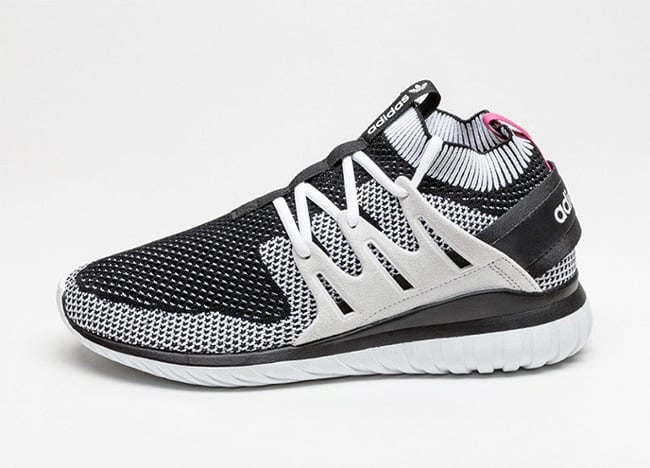 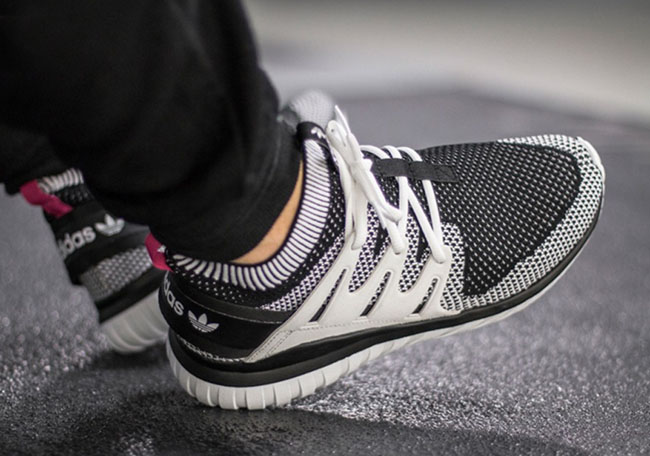 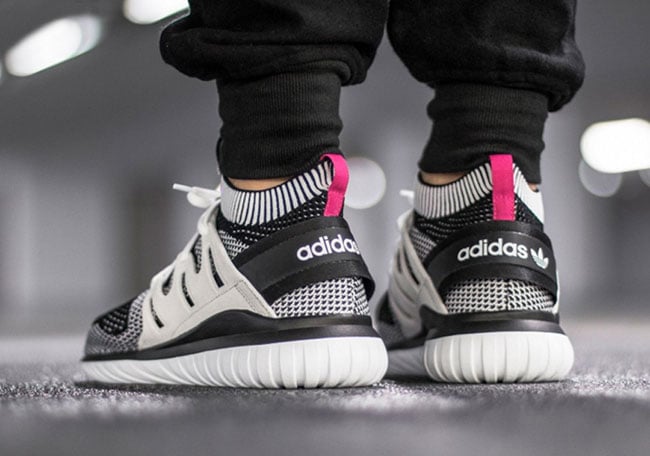