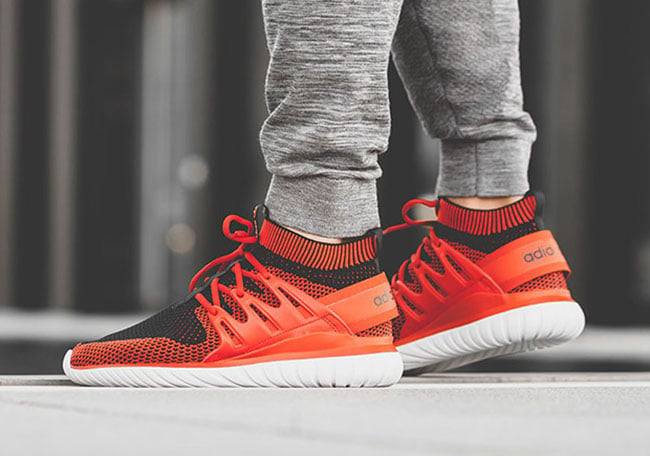 One of the newer adaptations of the adidas Tubular is known as the Nova and the brand has a brand new pair in a refreshing color theme. Shown is the adidas Tubular Nova Primeknit ‘Chili Red’ which is starting to land at retailers now.

The latest adidas Tubular Nova Primeknit is dressed in Chili Red, Core Black and Footwear White for a clean color combination. Both Red and Black land across the Primeknit base which extends through the collar. Red is used once again, this time landing on the cage, heel and laces. Finishing the look is White which runs through the Tubular midsole and outsole.

Check out more photos of the adidas Tubular Nova Primeknit Chili Red by scrolling below which will show you how they look on feet. At the time of writing, they are now launching at adidas Originals retail overseas like Afew. You can expect more shops to have them in the coming weeks. 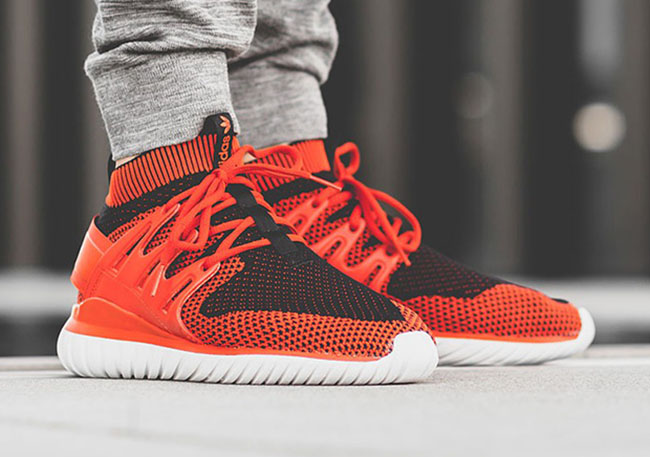 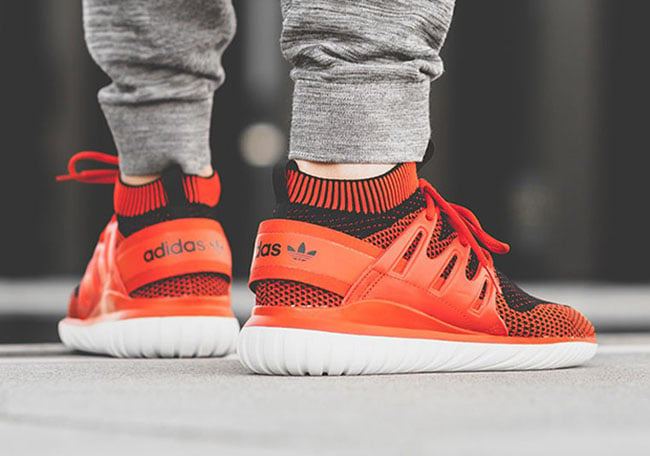