Friday, December 7th 2007 the Adidas TS Lightswitch Gil II Zero x Vote for Gilbert releases. For the release, Gilbert Arenas and his team will face the Phoenix Suns, and sadly Gil will not suite up for this game.

The Vote for Gilbert theme is asking everyone to vote him for best Celebrity Blog in 2007. He has been nominated, and with your help has the chance to win. Standing out with ease, the Vote for Gilbert features a flashy Gold upper, followed by a solid black midsole.

Inspired by Arenas move in his rookie year to make the All Star team. Only 3000 pairs released globally, and a ticket price of $110. A special T-Shirt is made available with the release. 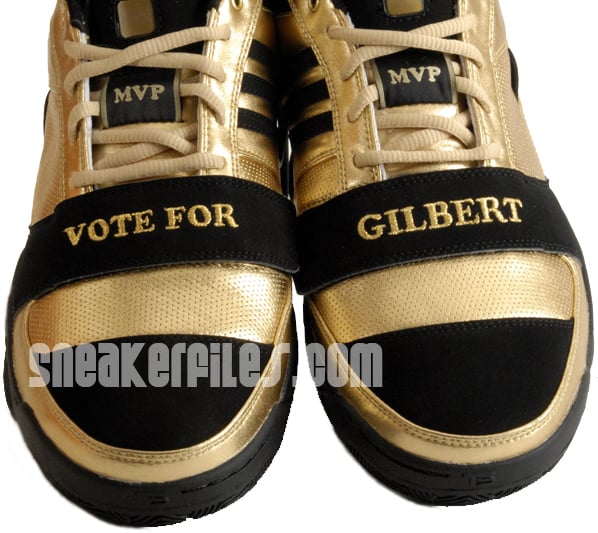