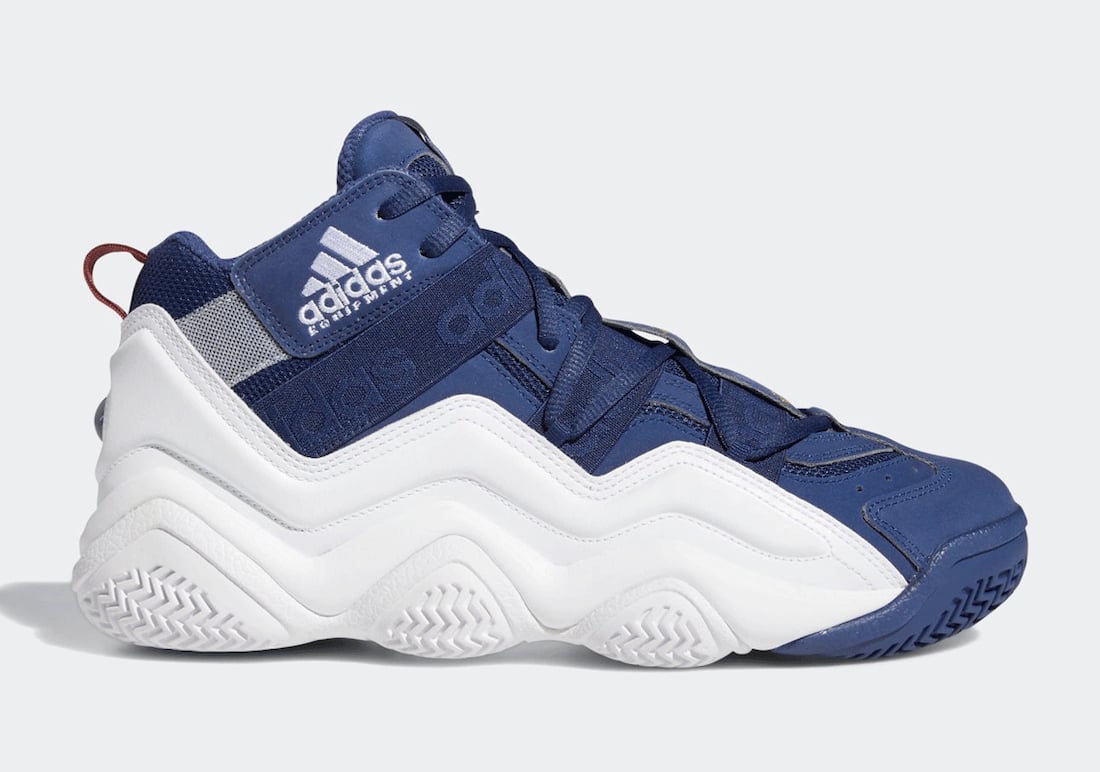 The adidas Top Ten 2000 originally released in 2000 (hence the name) and was an updated version of the original Top Ten. In addition Kobe Bryant wore this pair before his Kobe One.

Making a return for 2020, this Top Ten 2000 comes dressed in a Footwear White, Tech Indigo and Legacy Red color combination. Utilizing synthetic across the upper while it features three mid-foot straps. Blue covers the upper while White runs across the panels, midsole and outsole. Other details includes Gold running down the tongue branding and Red on the heel.

Currently this Top Ten 2000 has released in Japan. A stateside launch is expected to take place soon at select retailers including adidas.com. Once more information is available we will make sure to update. For now you can check out more images below which will give you a closer look. 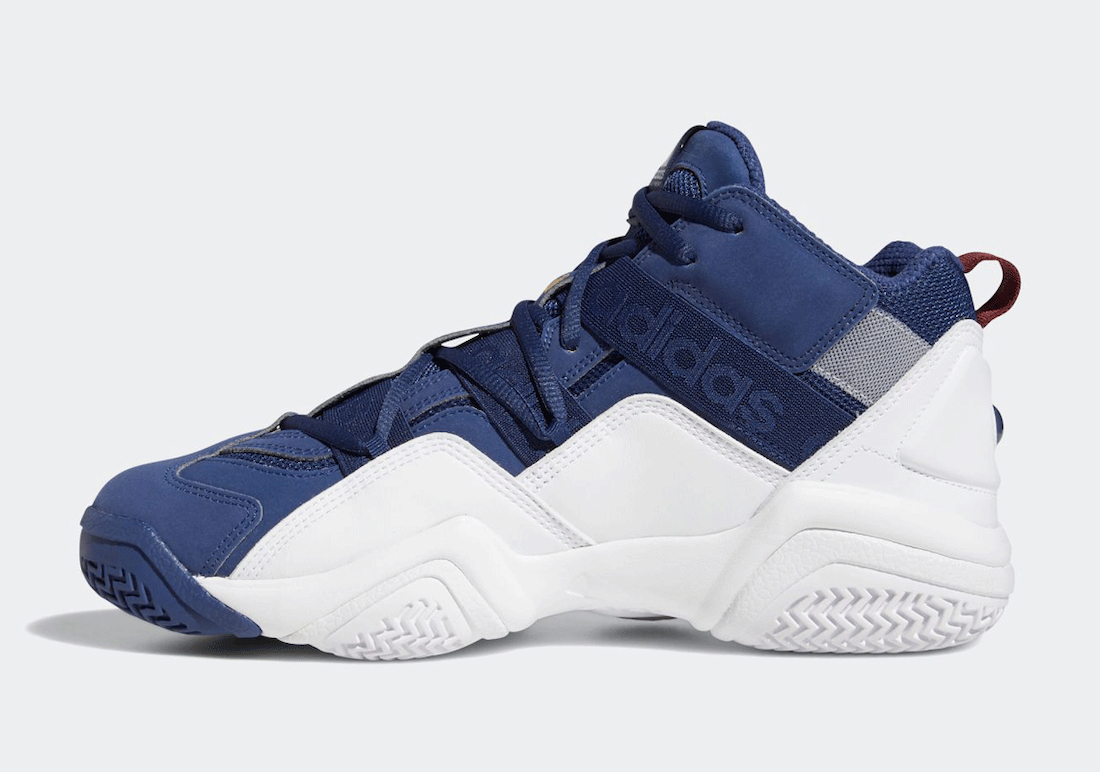 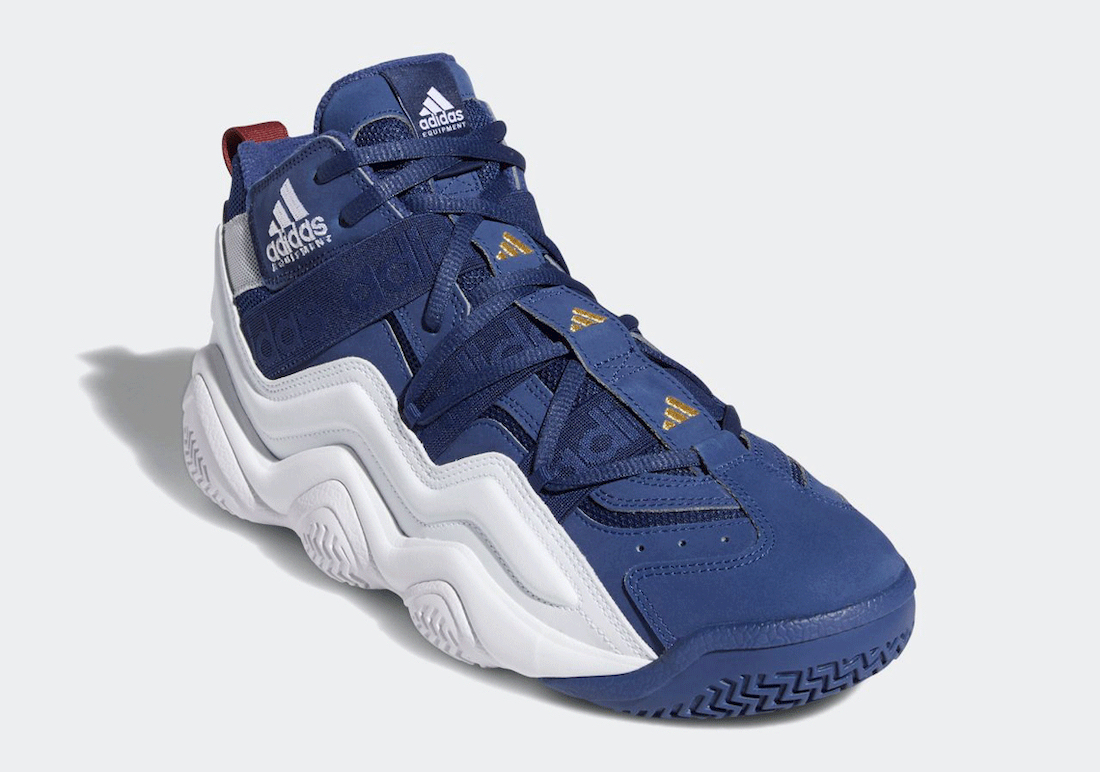 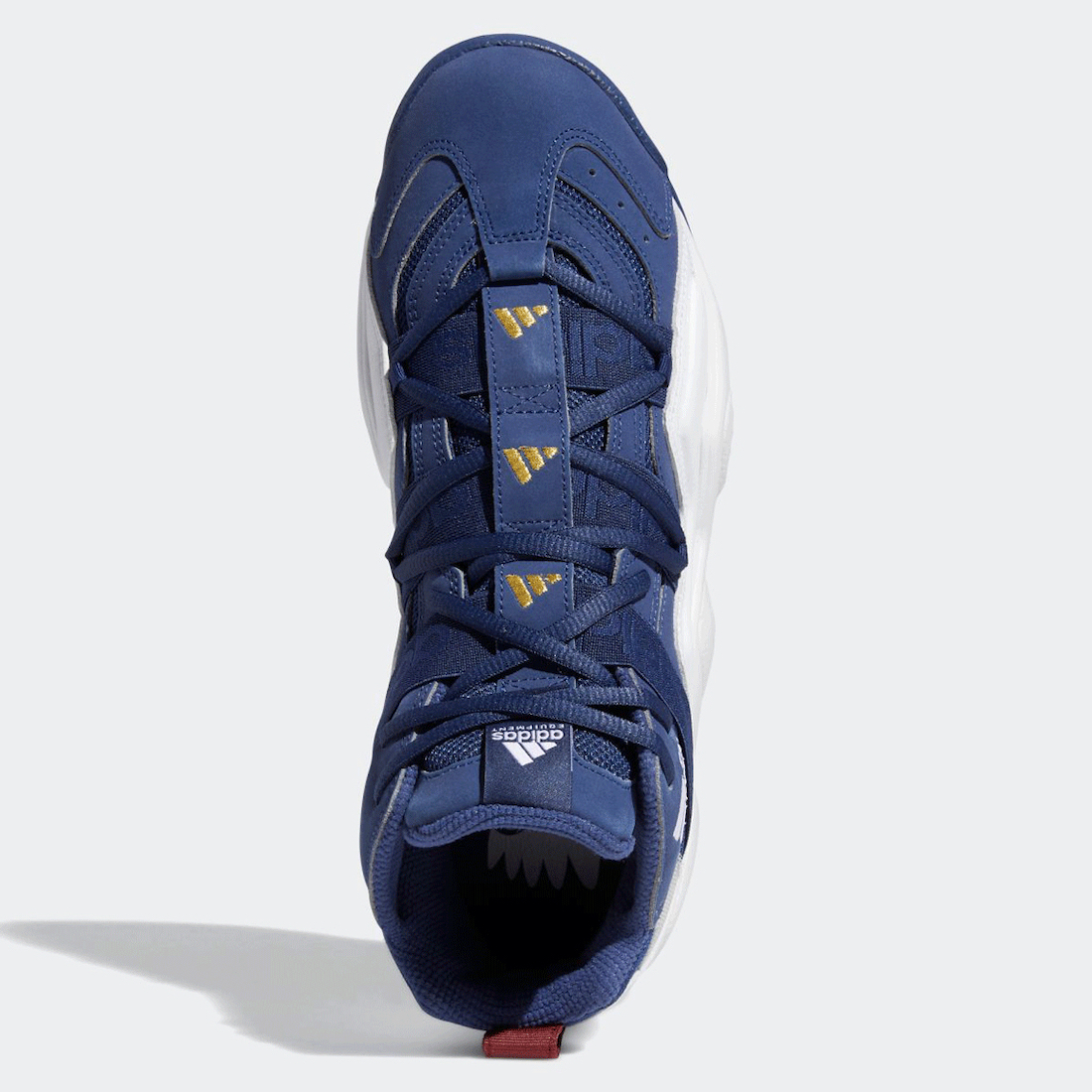 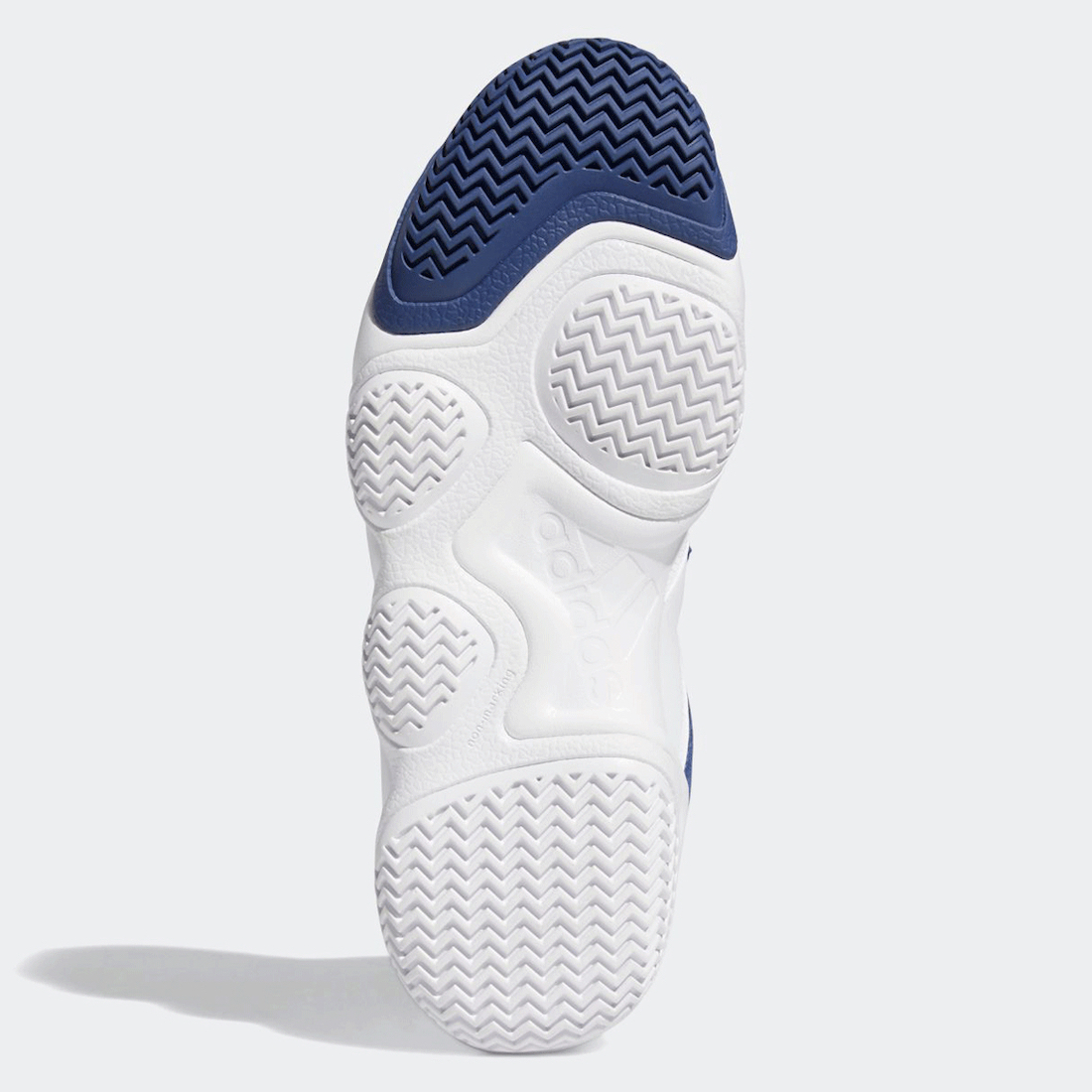