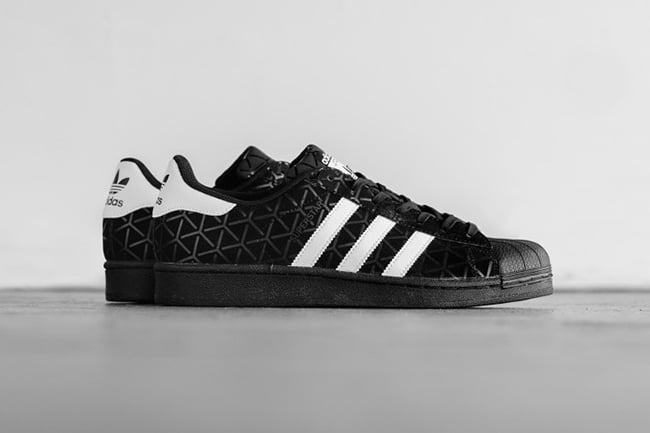 adidas Originals will add another Superstar to their arsenal for May. While retaining a similar theme to the original release, the brand has switched things up a bit with the adidas Superstar ‘Triaxial Print’.

This adidas Superstar features a clean Black and White color scheme which will have fans of the minimalistic look happy. While Black covers the uppers, the Three Stripes brand has added a geometrical pattern, hence the nickname ‘Triaxial’. White leather is then used on the three stripes branding and heel tab area while Black once again lands on the midsole and liner.

For those needing additional images of the adidas Superstar Triaxial Print, keep scrolling below. As for a release, they are now landing at adidas Originals retailers which includes Feature. Retail price is set at $80 and at the time of writing, they have a full size run available. 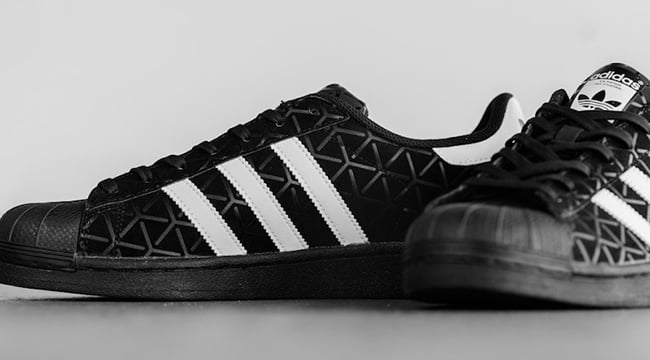 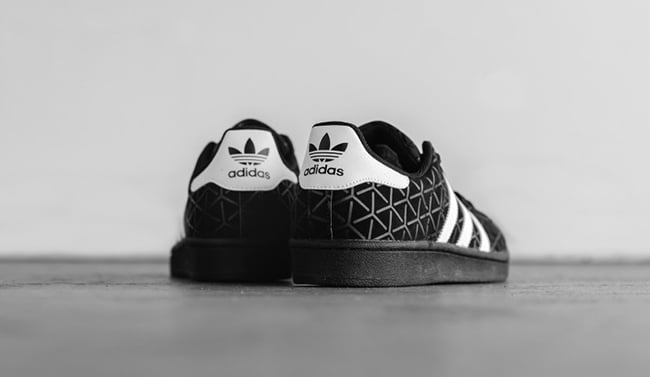