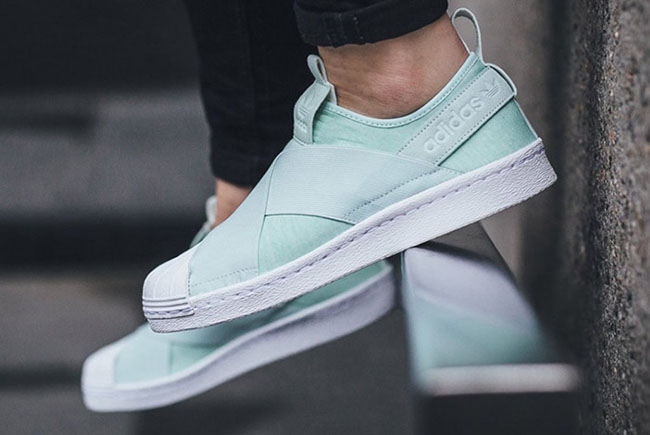 The adidas Superstar is one of the most versatile models we have seen to date. Taking an even more casual approach is the Slip-On edition. Starting to land at stores is the new adidas Superstar Slip-On ‘Ice Mint’.

This refreshing Slip-On adidas Superstar has Summer written all over them and as you may have guessed, is a women’s exclusive. Standing out the most is it’s dual cross straps which aids in support while the base is done in neoprene. Dressed in predominate Mint Green, White detailing is seen through the midsole and rubber shell toe.

The adidas Superstar Slip-On Ice Mint is now landing at adidas Originals retailers which includes Titolo. Retail price is set at CHF 109.90 which comes out to be about $114 USD. Keep scrolling below to check out more photos which shows how they look on feet. 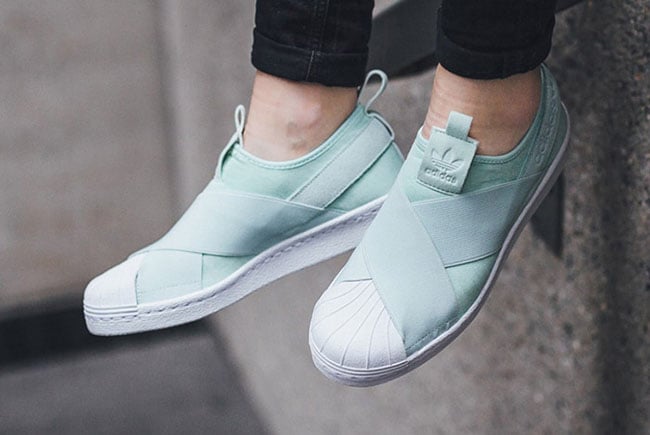