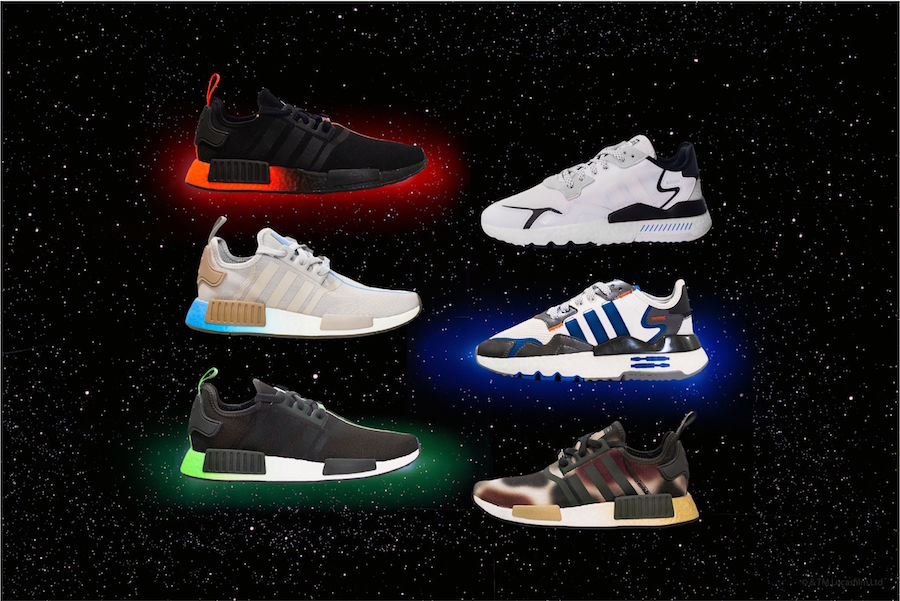 adidas reveals the closing installment of its three-part collaboration with Lucasfilm, the adidas x Star Wars Characters-themed pack. As a final release of the collaboration, and just in time for the upcoming premiere of Star Wars: The Rise of Skywalker, the highly-anticipated delivery embodies the celebrated characters of the Skywalker saga. Paying homage to both the light and dark sides of the Force, iconic Star Wars characters are reimagined through some of adidas’ most popular silhouettes: Nite Jogger, NMD and the Superstar.

R2-D2 is represented within the pack’s Nite Jogger style, accompanied by a Stormtrooper-themed counterpart. Each pair comes accented with reflective details and namesake logos including a lace charm, custom adidas stamp featuring the character, and associated crests found on the shoe’s upper heel. Imprinted on the Boost of the Stormtrooper style, reads “OPEN THE BLAST DOORS!”

Up next, the NMD model comes reimagined to celebrate two iconic characters, Darth Vader and Jedi Master Yoda. The juxtaposed styles boast a monochromatic look, coupled with bright accents on the heel and tongue. Each design features a Star Wars lace charm, custom stamped logos, and slogans on the heel that read “JOIN ME AND TOGETHER WE CAN RULE THE GALAXY” and “DO. OR DO NOT. THERE IS NO TRY.”

Another NMD silhouette of the pack takes the form of the characters Rey and Princess Leia, designed exclusively for women. The Rey-inspired release dons a light brown and blue façade, and the heel tab slogan “LIGHT. DARKNESS. A BALANCE.” The Princess Leia-inspired iteration features a stippled, watercolor outer of white, black, tan, and maroon. Gold details accent the shoe’s laces and logos, and “HOPE” is stamped across the backside of each heel.

You can expect the adidas x Star Wars Characters themed pack to release at adidas.com on December 2nd. Retail price is set at $130. 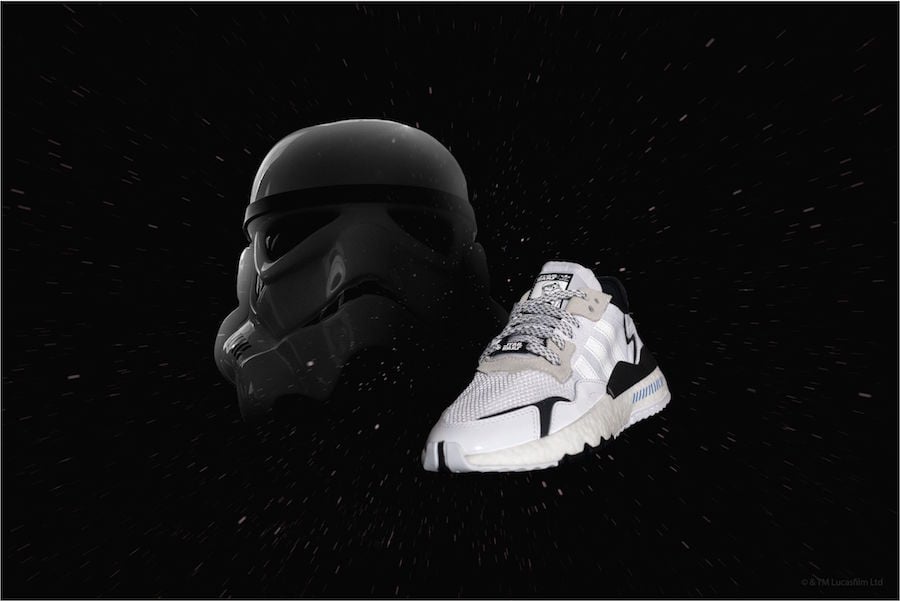 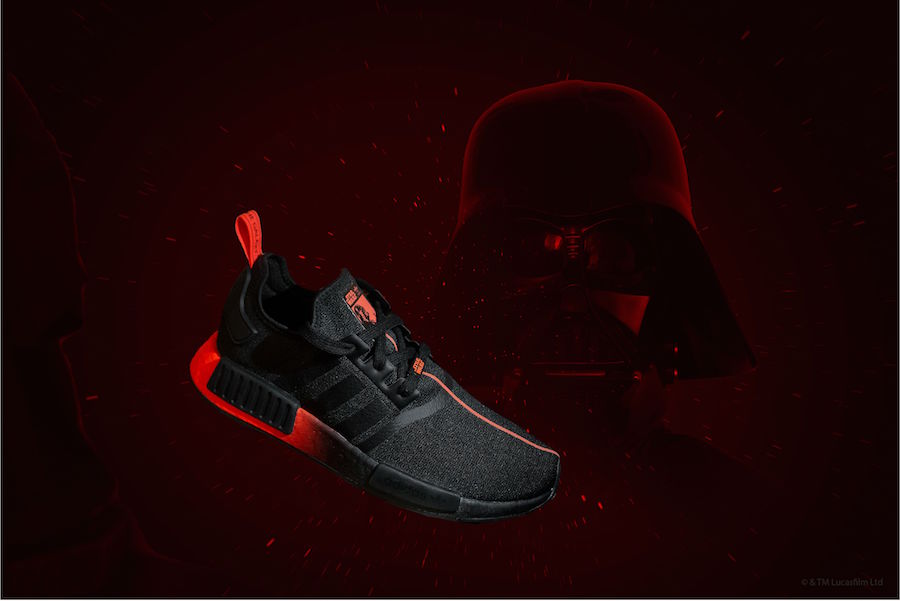 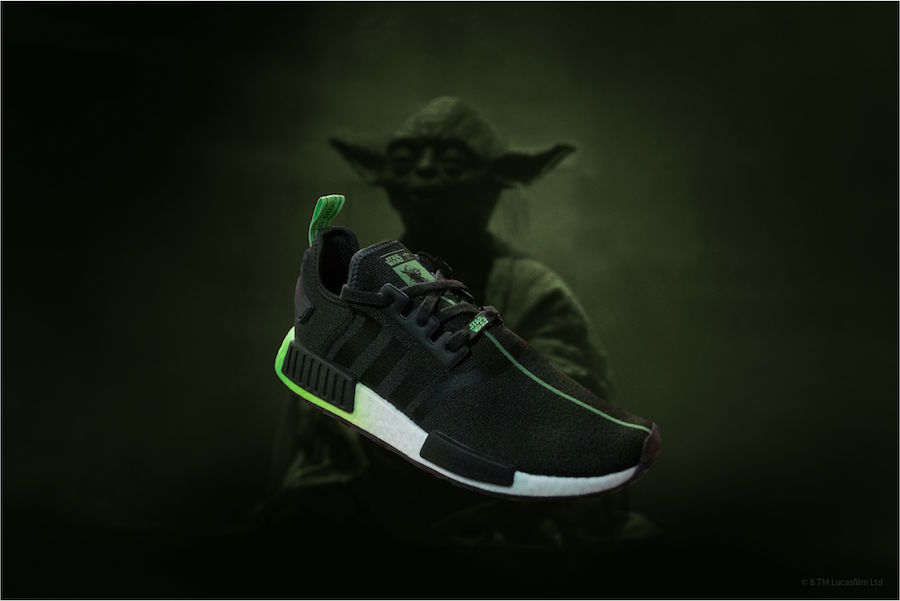 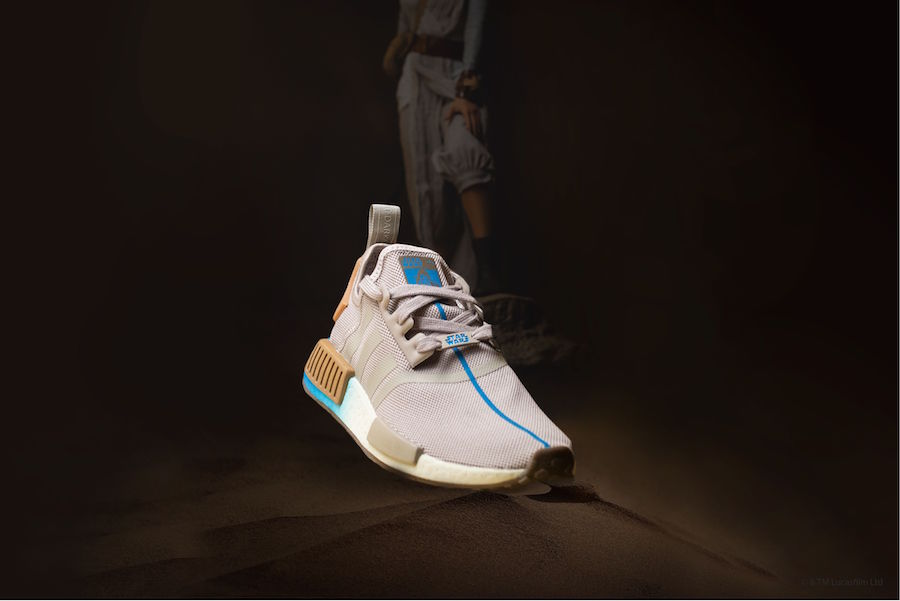 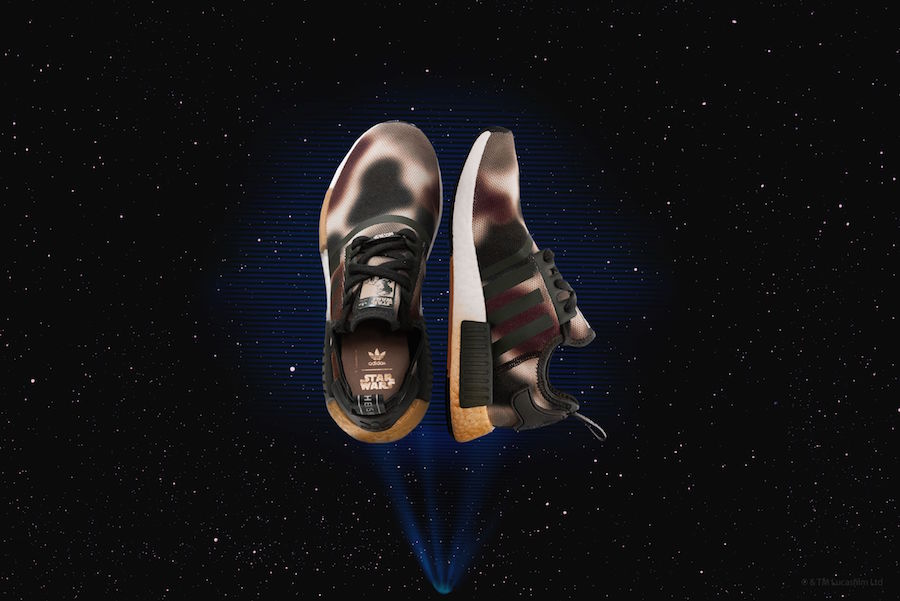 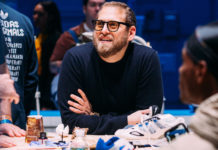 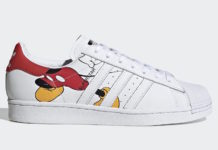 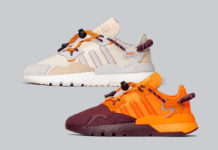 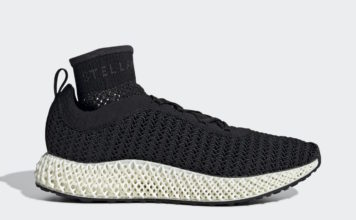 The adidas Streetball is Releasing for the 2020 NBA Paris Game