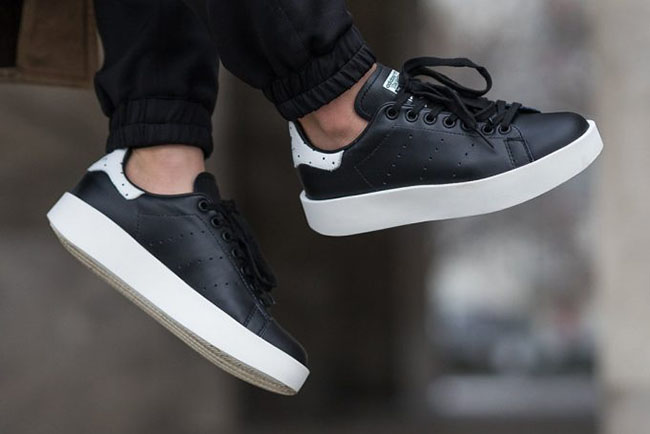 The adidas Stan Smith is another classic model that the Three Stripes brand has brought back. Not just in various color options but with new builds. One of those is the adidas Stan Smith Bold ‘Core Black’ which you can see is different from your standard release.

This adidas Stan Smith comes dressed in Core Black and Running White. The main difference is the midsole which is a bit thicker then what we are accustomed to seeing. Moving forward, they feature Black leather across the uppers while perforations on the side form the Three Stripes. Following we have White on the heel with a speckled overlay while the same shade runs across the midsole and outsole.

Below you can check out more images of the adidas Stan Smith Bold Core Black which will show you how they look on feet. They are now landing at adidas Originals retail store which includes Overkill. 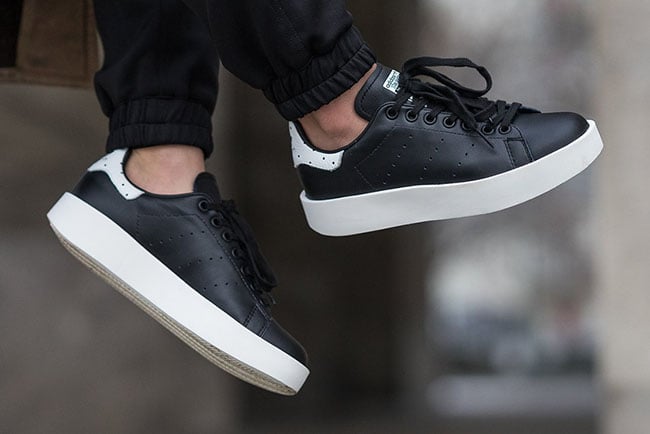 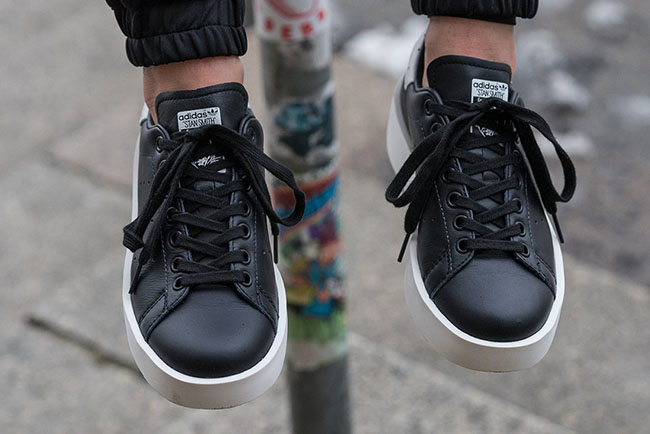 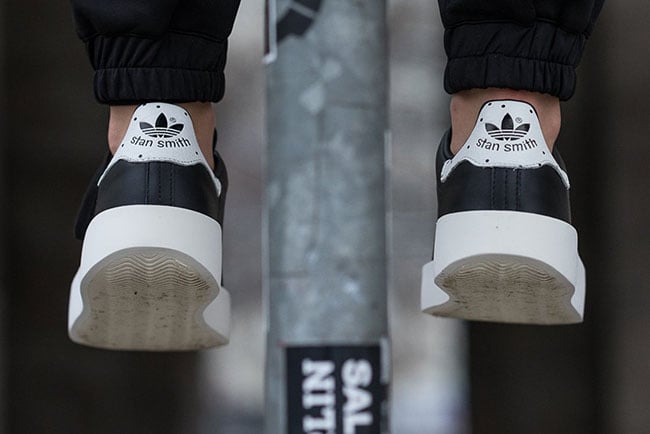