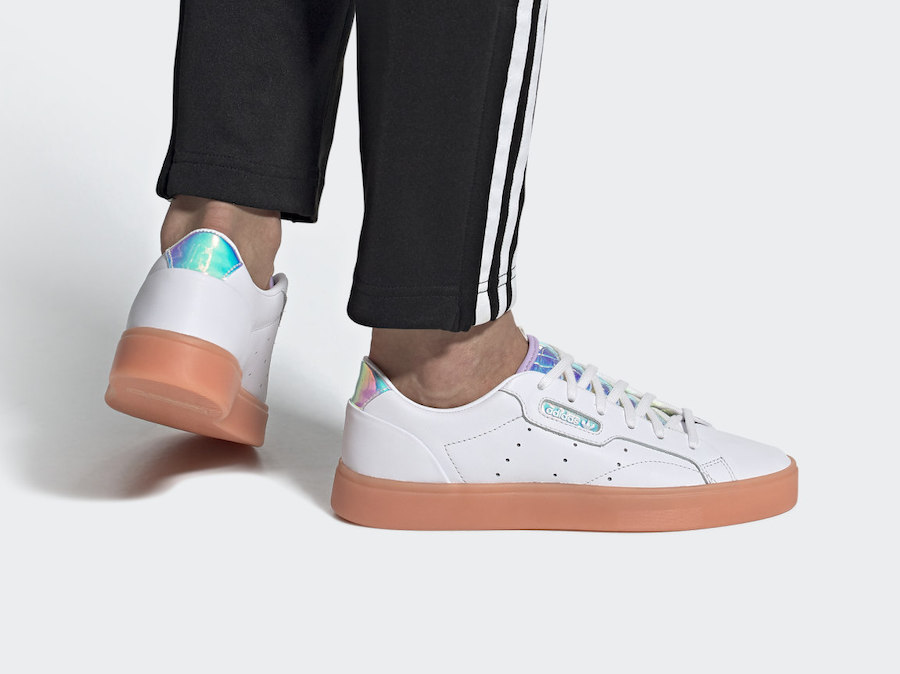 The adidas Sleek is launching in another women’s exclusive colorway which comes with iridescent detailing.

Featuring a Cloud White, Silver Metallic and Haze Coral color combination. Highlighted with White leather across the upper while the Three Stripes is formed by perforations on the sides. Iridescent is seen on the tongue and heel while Coral covers the midsole and outsole which finishes the look.

You can expect the adidas Sleek ‘Iridescent’ to release at select retailers including adidas.com on July 1st. Retail price is set at $80. Continue to scroll below to check out more images which will give you a closer look. 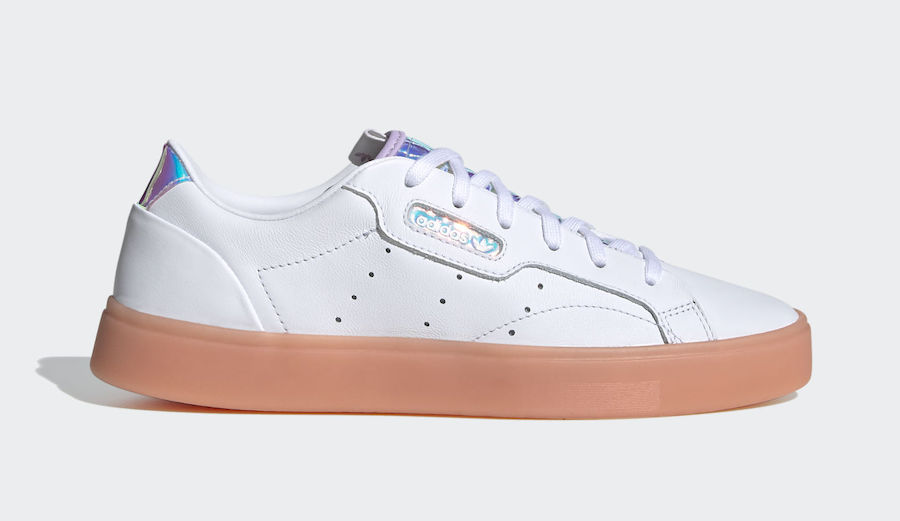 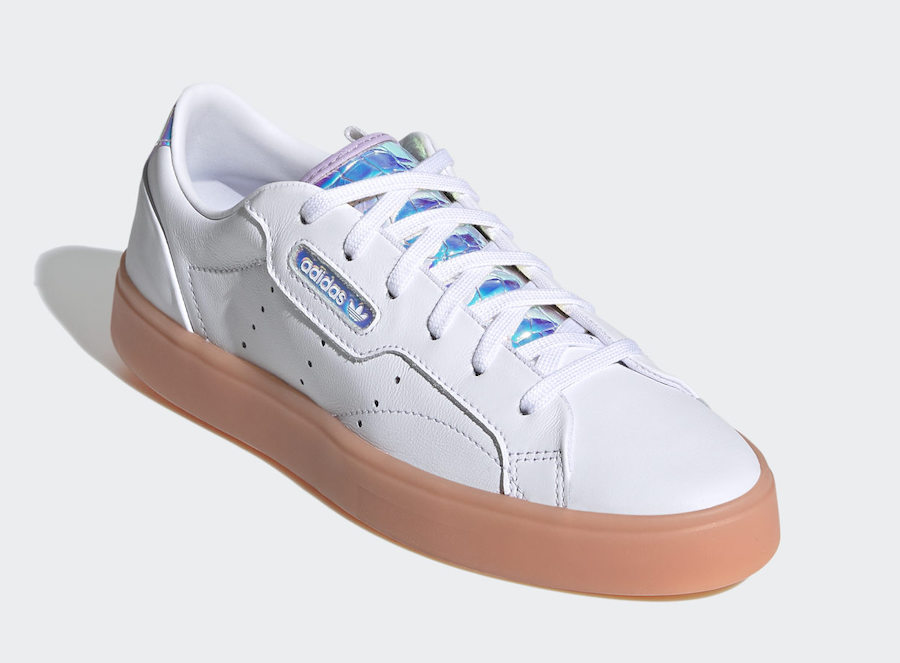 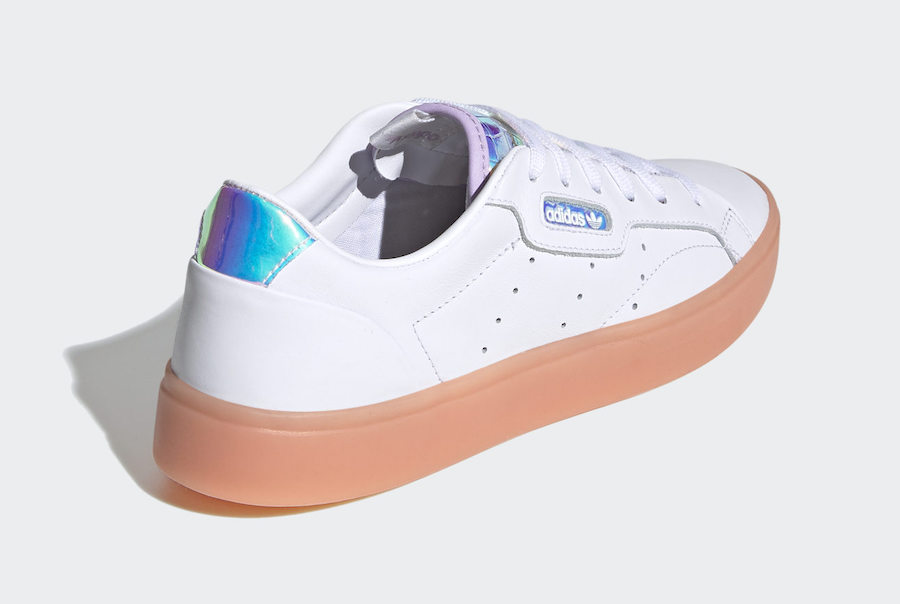