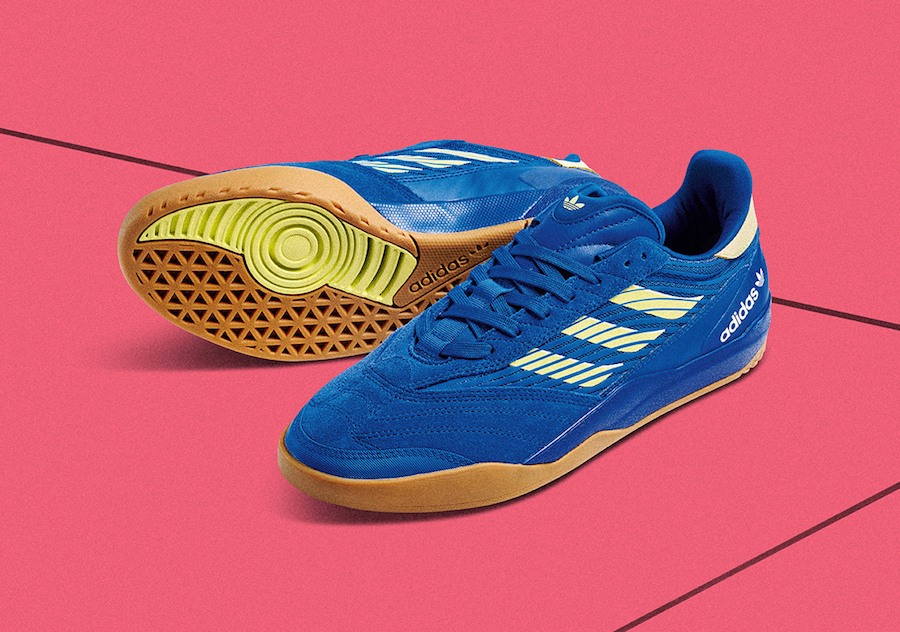 adidas Skateboarding delves into its indoor archives to deliver the future of performance footwear—the Copa Nationale. Inspired by the brand’s deeply rooted history in sport, the progressive silhouette pushes the boundaries of adidas’ core offerings, culminating in the  most versatile and advanced modern cup-sole to date.

“Pulling from adidas’ sport heritage is extremely vital when designing shoes because of how rich our archives are,” says adidas Skateboarding Footwear Designer, Marcus Taylor. “The inspiration for the Copa revolves around our indoor soccer shoes and that low-profile aesthetic. With that, we also wanted to capture the energy of the early 2000s in skate culture told through a modern yet minimal silhouette that highlights the tech in a smart way.”

Innovated to meet the demands of skateboarding, the low-profile silhouette arrives in a royal blue colorway, contrasting yellow accents and a premium material makeup of leather and mesh. A durable and texturized rubber tip offers enhanced grip and precision boardfeel, while the Cloudfoam heel promises superior shock absorption and all-over support.

You can expect the adidas Skateboarding Copa Nationale to release at select skate shops and adidas.com on March 1st. Retail price is set at $90. 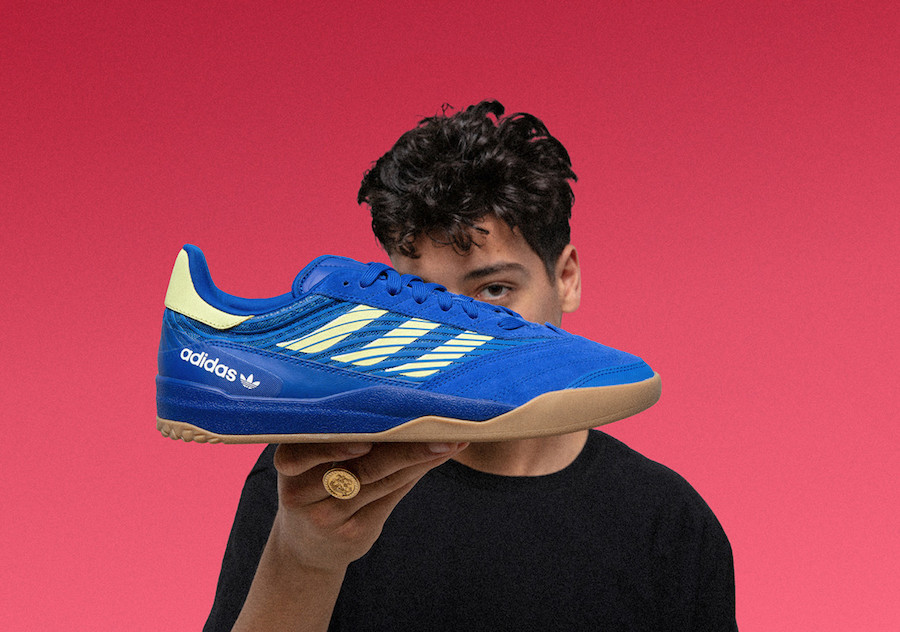 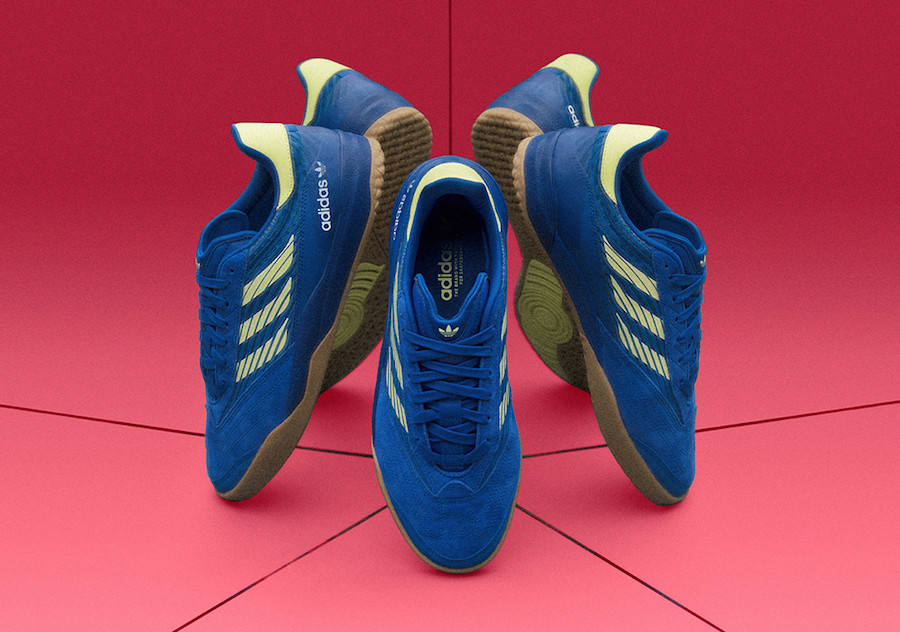