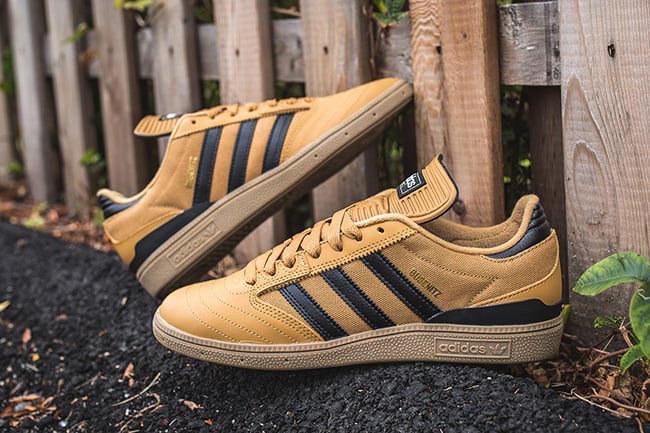 This adidas Busenitz releases features a color theme just right for October and November with ‘Mesa’ through the uppers that has a Golden Tan look. Constructed with textile, suede and leather, they also feature Black that runs down the Three Stripes, hinted on the tongue, heel and around the heel cup. Completing the look is a Gum midsole that transcends through the outsole.

Continue to scroll below to check out additional photos of the adidas Skateboarding Busenitz Mesa which will give you a better look. At the time of writing, they are now starting to launch at adidas Skateboarding retailers like Packer Shoes. Retail price is set at $80 and as of now, only limited sizes are still in-stock. 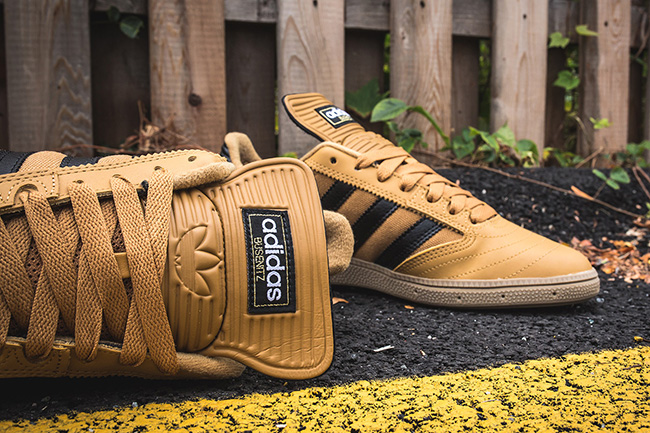 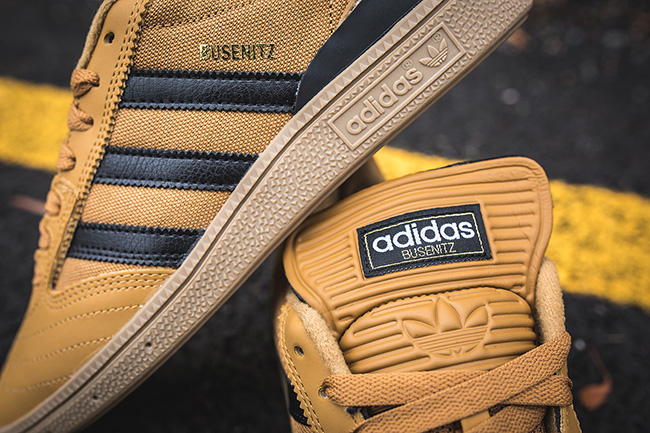 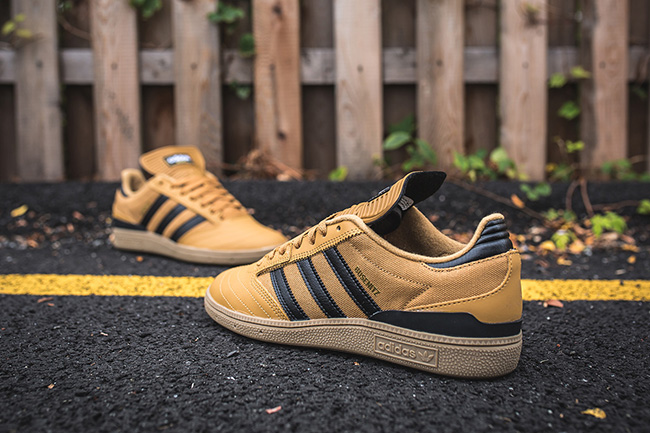 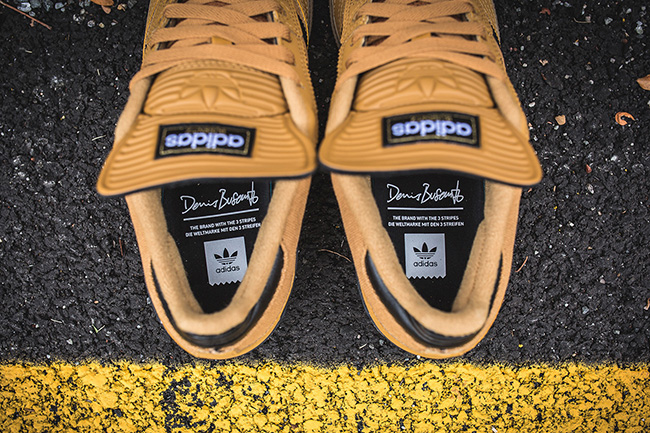