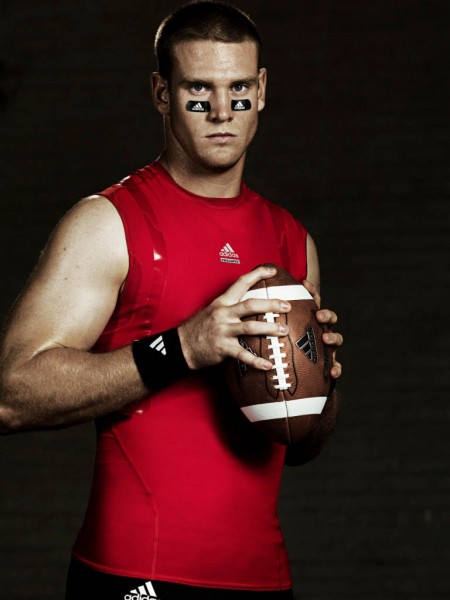 ‘I’m excited to join the adidas family,’ said Tannehill. ‘I wore the three stripes in college and adidas is the perfect fit for me as I head to the next level.’

Starting his Texas A&M career as a record-breaking wide receiver, Tannehill assumed the team’s starting quarterback duties in his junior season, when he threw for 5,450 yards and 42 touchdowns in two seasons. A prolific senior season led to Tannehill being named a finalist for the Johnny Unitas Golden Arm Award.

‘Ryan showed great versatility and athleticism in college,’ said Mark Daniels, Director of Football for adidas America. ‘His speed, size, strength and leadership make him the perfect fit for our brand.’

At his Texas A&M Pro Day, Tannehill wore the 6.9 ounce adiZero 5-Star, the lightest cleat in football.  Earlier this month, adidas launched the adizero 5-Star Mid, which at 7.9 ounces is the lightest mid cleat in the game.

Fans can follow the conversation on Twitter at @adidasUS and #adizero or visit Facebook.com/adidasFootballUS for the latest information.”