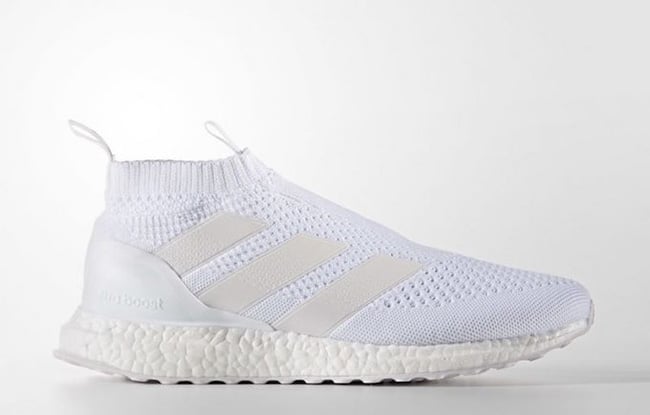 adidas Originals doesn’t shy away from launching all White sneakers during the Fall season. Coming soon will be the release of the adidas PureControl Ultra Boost ’Triple White’.

The adidas Ace 16+ PureControl Ultra Boost is a premium release which is also inspired by football shoes of the iconic Ultra Boost. Essentially, they are a high top of the Ultra Boost Uncaged while the Three Stripes still lands on the sides while keeping the heel counter and Boost midsole intact.

For those particular release, they come with predominate White throughout along with Primeknit across the base and extended collar. An Off-White, almost Cream hue covers the Three Stripes.

Continue to scroll below to check out a detailed look of the adidas Ace 16+ Pure Control Ultra Boost Triple White. On the adidas Euro website, they will debut on September 28th. While a stateside launch date is unknown, it shouldn’t be long after. Retail price will be $200. 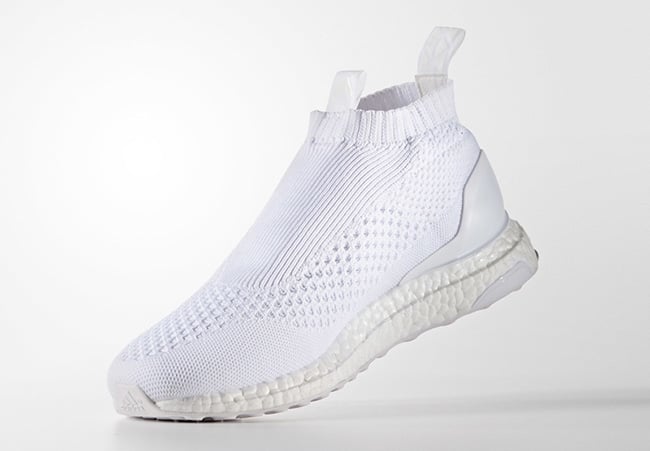 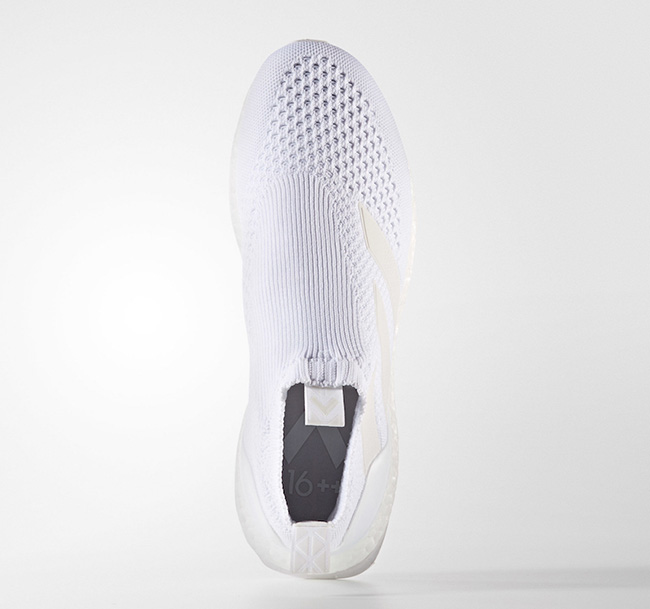 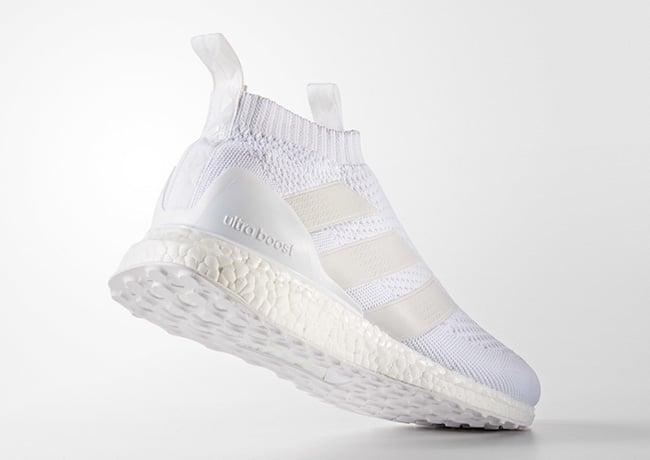 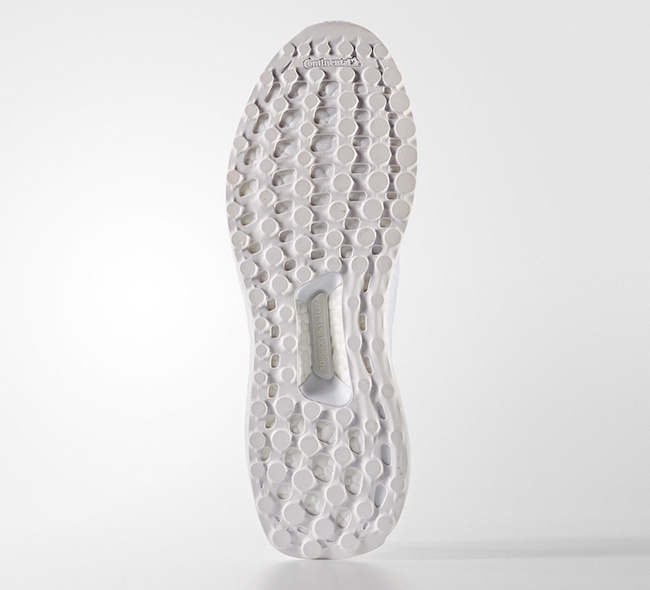 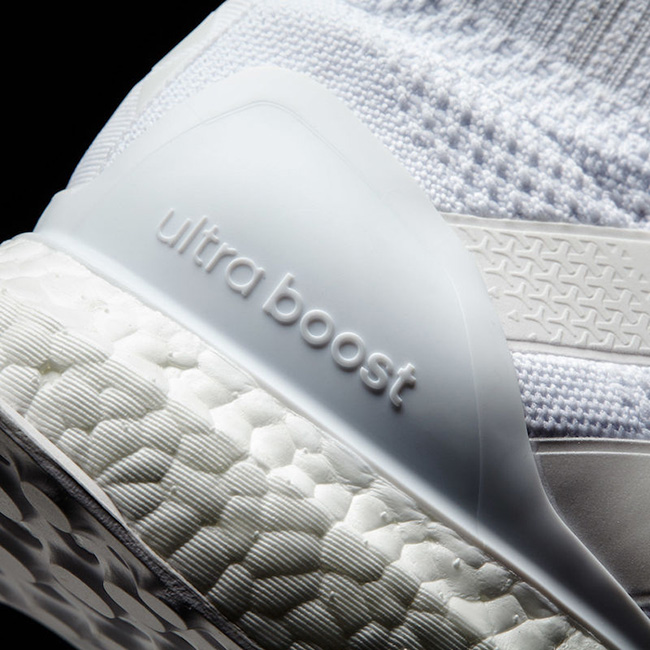 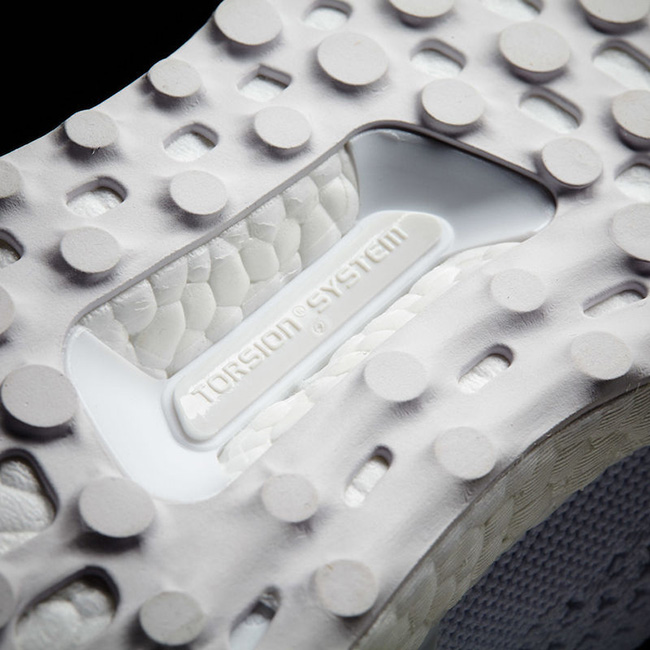 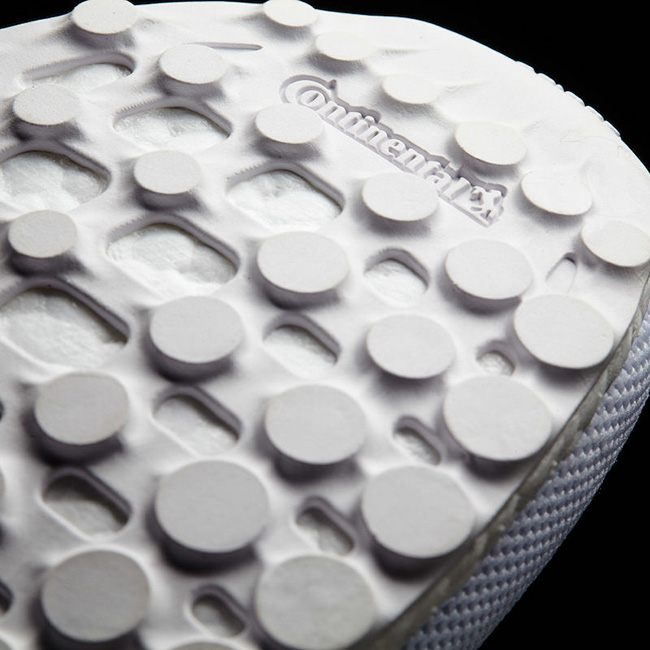